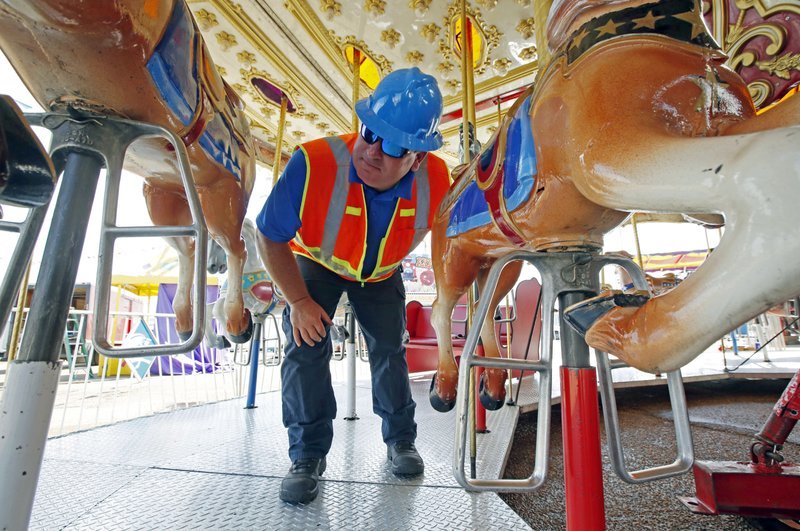 Florida has long been a showcase state for the fair and carnival industry. Not only do many carnival company have headquarters in the sunshine state, but its home to Florida Week, a week of trade shows and conventions of ride companies and midway providers, as well as the IAAPA Attractions Expo held annually in Orlando. In addition, many of the state's major fairs, such as the Florida State Fair, the South Florida State Fair and the Florida Strawberry Festival, take place in the first quarter of the year, and  seen as industry bellwethers, harbingers of the season to come and a place where fair industry midway trends often first emerge.

Florida now has another distinction. Florida Department of Agriculture and Consumer Services (FDACS) has restructured its ride inspection fee schedule and now Florida is believed to be state with the highest inspection fees in the USA. According to several carnival owners, with the new changes, Florida will have, by far the highest fees.

But, the new format implemented by the Department has another ramification – smaller carnival companies, particularly those playing smaller fairs, festivals and local fundraisers – could see their ride inspection bill double. For carnival companies who play Florida and the events that book them, this restructuring of the inspection fees creates a disincentive to play the state.

Carnival companies may no longer be burdened by an annual permit fee per ride and only pay the inspection fee, but those fees are paid each time the ride is assembled. As Shakespeare might say – there's the rub – those individual fees can soon add up and far exceed the 2019 fees. It should be noted that the 2019 fees went up 20 percent, reportedly the first increase in Florida fees since 2010.

“We were able to absorb the 2019 increase,” said Michael Doolan of Doolan Amusements, a Florida-based carnival company. “I'm not sure how I'm going to absorb this one.”

The sunshine state may be the showcase state for the national fair industry, but it has a network of local and regional fairs – the Florida Federation of Fairs represents 45 annual member fairs – most essential cogs in the infrastructure supporting the larger fairs in terms of promoting agricultural and state-wide 4-H, FFA and other youth programming. But a typical route through Florida includes festivals, street-fairs, church and other fundraisers, shopping center still dates as well as other hourly rentals for individual rides.

These events rarely run more than a weekend – three days or less is the rule, not the exception. “We won't be able to play a lot of events we usually do,” said Doolan. “It's too risky. I don't think we can pass the increase because the events are already on very tight margins. We'd be better off to take the money and put employees to work in winter quarters because we won't be able to cover the costs.”

The pinch will likely be especially acute for modest events, such as church and local fire department fundraisers. If the fees are too prohibitive for a midway, then these organizations will eliminate the core component driving their fundraisers. “If you have a strong committee, they are paying for everything and everyone is volunteering their time. If they have no midway or a smaller midway, they won't be able to fundraise. It will also prevent start-up events, which we used to call gambling. If you have a strong committee, they will bring in fireworks and get volunteers, but if the carnival company can't afford to play the date, they won't take the chance.”

Orlando-based S&T Magic Enterprises specializes in three or four day events, mostly church fundraisers and high school festivals, will also see its inspection fees more than double under the new fee structure. “We haven't had any dates this year since March,” said Susan Strates Magid. “The timing of this increase doesn't seem real good for us. The fees are structured for the big shows who play longer fairs.  Our dates are smaller, we play every week with a high number of events and have to pay these fees weekly. During the COVID, all our events shut down. We haven't been able to have communications with our committees about next year yet because nobody knows what next year will look like.

Zaitshik of Wade Shows, the third largest U.S. carnival company, agrees that the new fees favor the larger midway providers. His Florida dates – he said he plays “no less than three, no more than five” fairs per year – are some of the highest attended outdoor event in the state, runs that typically last 10 days or more. “The increase is not one size fits all,” he points out. “For shows that play three or four dates, it will be kind of a wash. It won't have a significant impact. For somebody who plays numerous events, it's definitely a negative.” 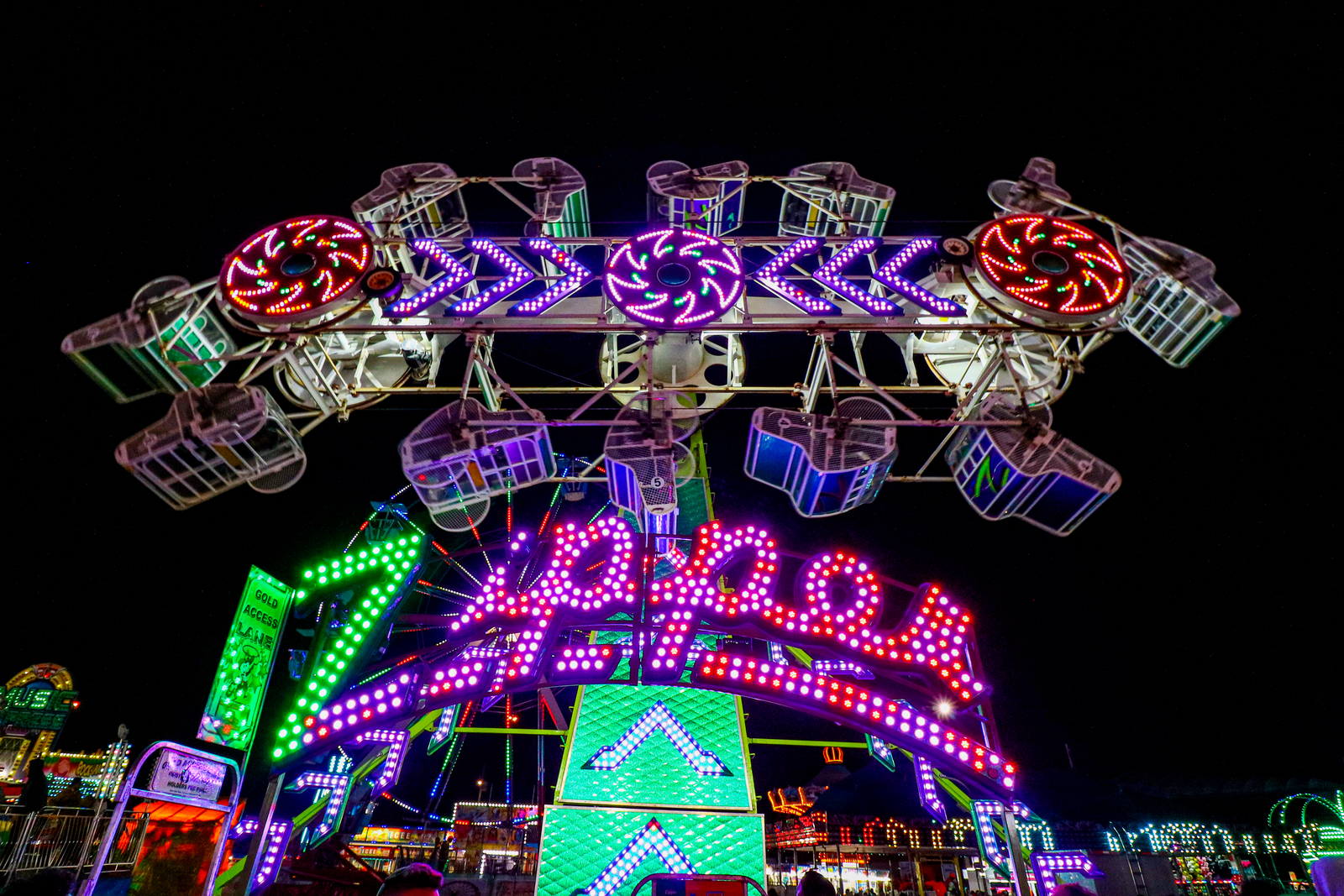 Targeting smaller carnival companies specializing in local events was certainly not the intent of Florida Department of Agriculture and Consumer Services. According to Rick Kimsey, Consumer Services Director, FDACS, the new fee structure came from new legislation that affected both carnival companies – providers of “temporary rides” – and permanent parks. (Large amusement parks, such as Disney World, are not inspected by the FDACS). “The annual permit and inspection fees were combined into an annual permit for rides at permanent parks and a temporary ride permit for traveling rides that is valid for six months or until the ride is relocated. The calculation of the fees was designed to be revenue neutral for the department, meaning these fees more accurately reflect the actual cost of inspections and cover the costs of the program, which is required by Section 616.242, Florida Statutes.”

From the department's perspective, the new fees are an updated format that more accurately reflects the actual cost of inspectors doing their jobs. “The combination of the fees and the associated paperwork was designed to streamline and modernize the process,” said Kimsey. “Fees collected will remain the same industry-wide and will be based on an actual fee for service.”

As of press time, the new fees have not been implemented. “We are in the final stages of rulemaking, which we hope to have completed by the end of this year,” said Kimsey. “Fees have not been charged during the [Coronavirus lockdown] closure due to rides being closed and did not need permits or inspections. Fees will be charged as businesses open as required by the rule.”

An interesting side note is that the department declined to conduct an economic impact study on Florida fairs and carnival companies from the increase. “The impact to the industry was projected at less than the limit that requires additional impact studies,” said Kimsey. “The statutory changes directed us to streamline the process. We are recouping costs that weren't covered by the 2019 increase of 20 percent. The old structure was an artificial fee structure, and companies were not paying the true costs of sending an inspector to inspect rides.”

Some carnival companies claim that the FDACS “sprung” the new fee structure on the carnival industry, an allegation Kimsey was able to discredit. The department went beyond notice requirements in Florida statue by publishing notices in the FAR (Florida Administrative Register). The Bureau of Fair Rides Inspection provided information about the “statutory and rule changes at publicly-noticed, open meetings of the advisory committee held September 25, 2019, and February 5, 2020.” The bureau reached out to organizations, including the Outdoor Amusement Business Association (OABA), notifying them of the rulemaking meetings, and followed up with emails in July and August, and on October 13, when “the Bureau provided members of the industry with a courtesy summary of major statutory and rule changes impacting their operations in Florida,” according to an email to Carnival Warehouse from the FDACS.

“We are as transparent as possible,” said Kimsey. “We developed these rules through public workshops, posted notices about hearings and we posted the rules. We got few public comments, none that I recall from carnival companies. We are happy to talk with carnival companies, we'd rather cooperate with them. But they should have responded to the regulations when we posted notices.”

Some carnival companies pointed out that since the FDACS has the email of every carnival company that pays inspection fees in Florida, the department could have sent an e-blast about the new fee structure.  Greg Chiecko, President & CEO of the OABA admits, “we didn't fully crunch the numbers when we first looked at the new regulations. We didn't realize the magnitude the increase would cause small operators. We are meeting now to see what options we have to communicate the impact the increase will have.”

Daniel West, Executive Director, Florida Federation of Fairs, whose organization members range from Fair Managers and dozens of carnival companies as member associates, followed the development of the new regulations, but declined to take action or form a coalition. “We kept up with the rule changes, but we decided to discuss it in depth at one of our meetings,” said West. “We hope it won't have a negative impact on our fairs. Our board has not instructed the organization to do anything. An increase could be just a cost of doing business, but we may not see the impact of higher fees until contracts are renewed.”

“It was discussed by Florida operators and as an industry we could've made a stronger case to the department and legislature,” said Zaitshik. “We could have hired a lobbyist or consultant. We had the opportunity, and the OABA had the opportunity to ask for input from their members. But we decided not to spend the money, which I thought was wrong. This was done by proper procedure by the Department of Agriculture. We had an opportunity and for whatever reason, the industry elected not to do anything.”

The inaction and confusion by organizations representing Florida's midways can somewhat be attributed to the global pandemic, which has disrupted outdoor events and the businesses that support them. Most companies cut staff, smaller fairs and fundraisers are dependent on volunteers, and both the near and long-term future is utterly uncertain. In addition, Florida may be a premier state for the industry, but there are other issues other than one state's inspection fee structure affecting the entire industry.

But as one carnival company, who asked not to be named, pointed out, other states may be looking at Florida to see how much elasticity there is in inspection fees. “States will need to make up losses from shutting down their economies,” he said. “If they compare their fees to what Florida is charging, they could decide to raise their fees to similar levels. If they can pay that in Florida, why not in other states?”