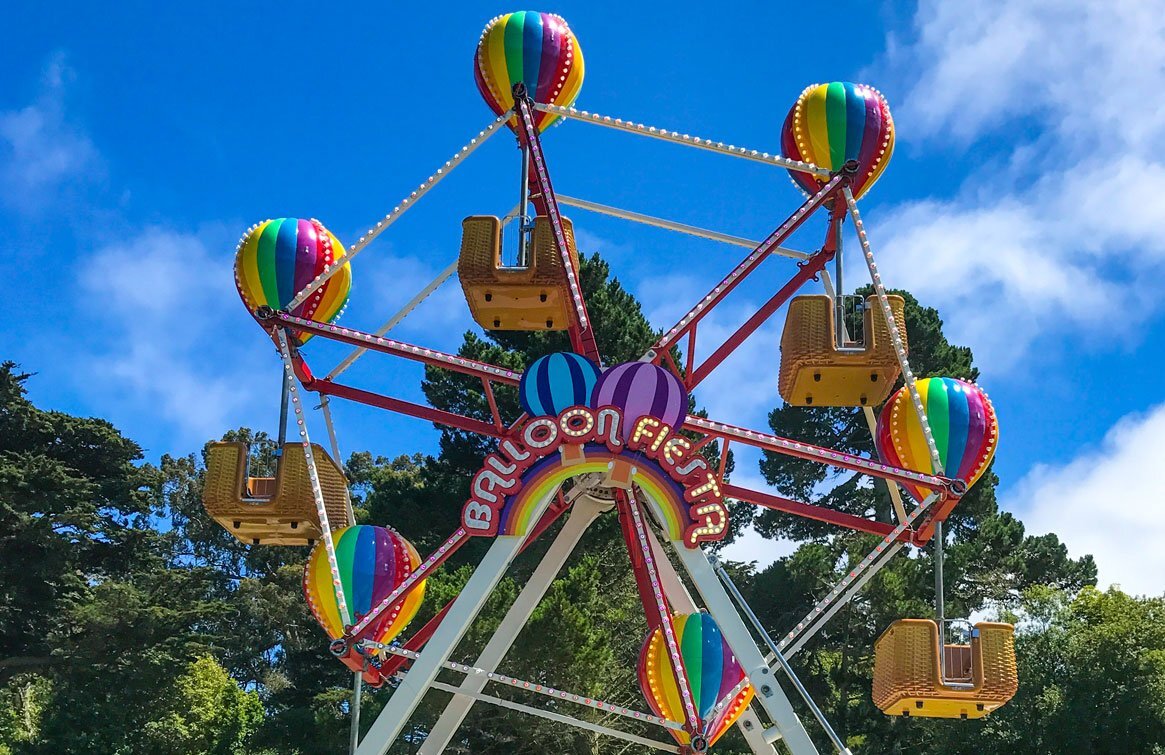 Not only was the 2022 Calaveras County Fair the first full fair in two years, but it featured the debut of Classic Amusements, the event's new midway provider. Could an event be revived and will that revival be helped or hindered by an inaugural year midway?

The results erased any apprehension about how well the long-waited return a truly iconic California county fair would go.

Attendance reached 36,305, up 51.40 percent from 2010, one of the rainiest editions of a fair first held in 1893. The 2022 also scored a record closing Sunday of 10,800. But succeeding against the odds is perhaps inherent in an event based on an actual contest, albeit the long lost sport of competitive frog jumping.

The 2020 COVID lockdown affected all of California's county fairs, including the leading literary celebration of Twain's amphibian saga.  But the impact on a community-centric event created unique challenges for the staff and volunteers of a beloved regional tradition.

“The years 2020 and 2021 were very challenging for our community and the fairgrounds,” said  Laurie Giannini,l CEO/Fair Manager. “The Calaveras County Fair & Jumping Frog Jubilee has a $ 5.2 million impact to the community in related spending activity.  This was a huge economic issue for the County.”

Throughout the COVID crisis, the Fairground facilities became essential community care centers. “The  Fairgrounds were never closed, our people never worked from home, we assisted with testing clinics, vaccination clinics, fire camps and other community services,” she said. 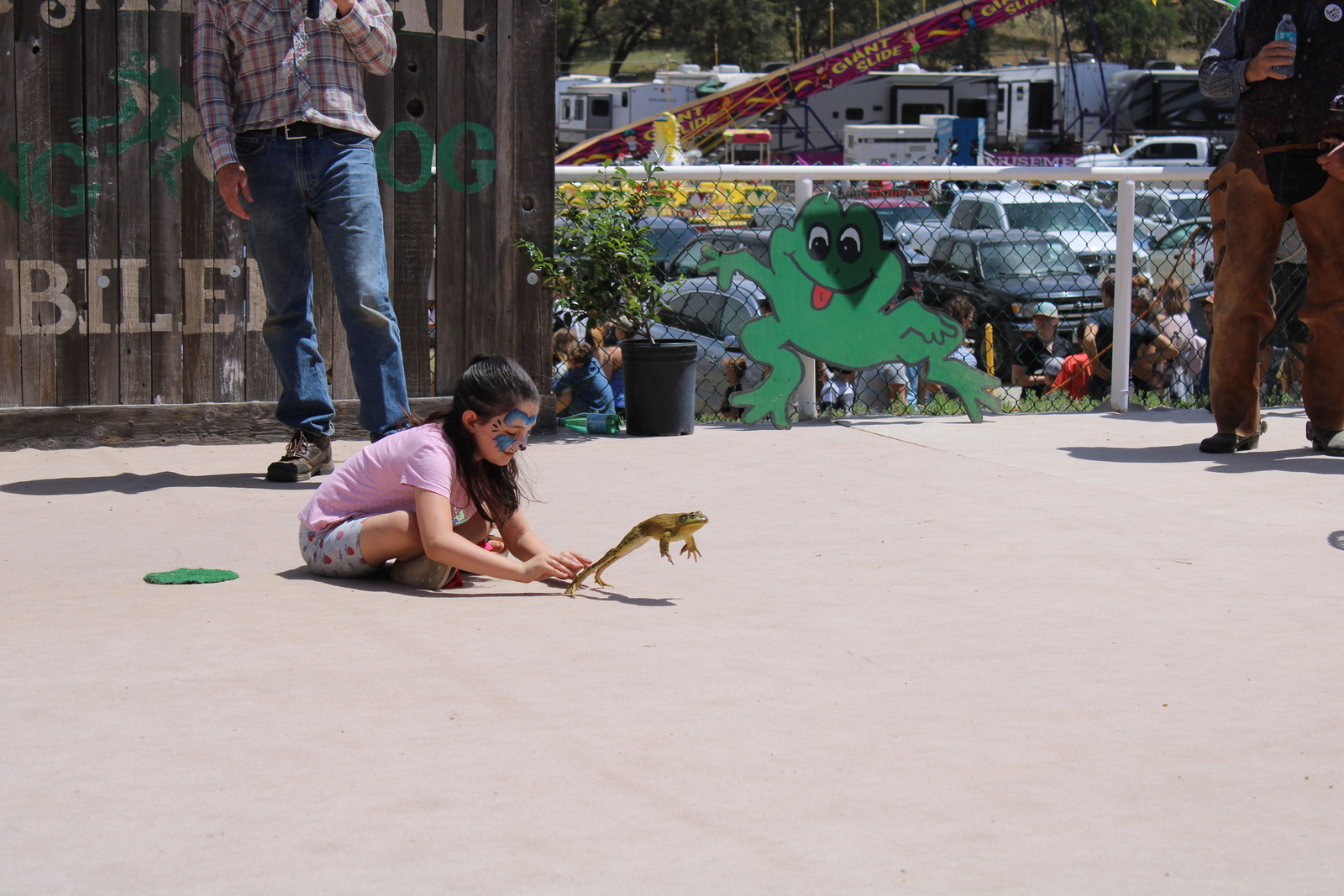 Woman of the Year

Giannini and her team were recognized by the State of California. A few weeks before the much anticipated “Re-Opening,” Giannini was named the 2022 Woman of the Year for California Assembly District 5, for working “tirelessly to bring this amazing fair to life every year.”

She received the award in the State Capital  during a pre-fair promotional Frog Jumping demonstration, an event now in its  46th year.  The event is attended by politicians, fair supporters and school groups. “We were glad to bring a little fun back to the Capitol after a couple of years off due to the pandemic,” said Frank Bigelow,  Assemblyman. “And we had a great turnout!”

The turnout was even better at the actual fair. After the South Lawn of the State Capital building photo-op, demonstrations  were held at schools and other community centers, essentialygrassroots, community outreach marketing events. The marketing theme for the 2022 fair turned the page on COVID and emphasized fun through lighthearted silliness – Dancing with the Steers!

Although the  marketing  budget was cut from 2019, the fair's 2022 campaign included “Facebook spots on a local radio station's page,” she said. The social media led campaign also featured “Additional Videos.”

Last year, although the fair was technically cancelled, Giannini saw an opportunity to hold a downscaled event that avoided F-words. “In May of 2021 the State of California did not have guidance for Fairs or Festivals, so we created an alternate event, "A Homecoming,” she said. “The event had a small footprint and limited attendance.”

Although unlike the drive-thru only fairs, the truncated Calaveras County fair had a midway of only 14 rides, which was provided by Classic Amusements, although the contract was still held by the California Carnival Company.

One of the fastest growing carnival companies in Northern California, COVID-related issues including route and workforce disruptions proved too burdensome and CCC became one of the dozens of carnival companies who folded up shop. Classic Amusement had intermittently subcontracted with the California Carnival Company, which included the Calaveras County Fair. The demise of the California Carnival Company happened relatively suddenly and Classic Carnival stepped in to save the Homecoming, leading to the 2022 midway.

“We were so pleased with Classic Amusements,” said Giannini. “They provided two midways, one for younger children and one for older children and adults.  They are a great company to work with.” 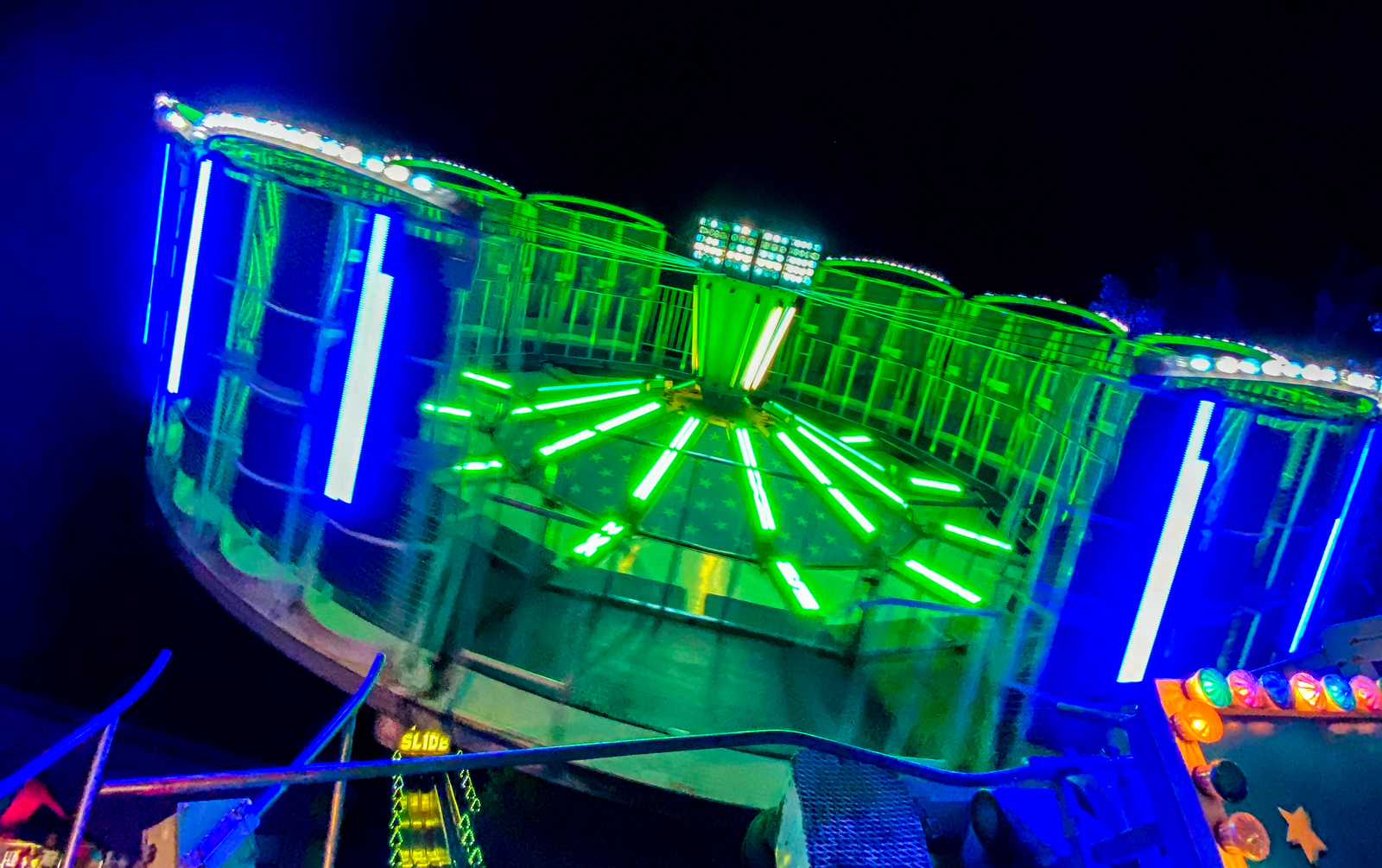 Ironically, this midway company, a father & son team formed in 2001, has built its reputation as a Bay Area midway provider specializing in fundraisers, still dates and street fairs, playing about 100 events per year.  The Calaveras County Fair is its first fair contract. It will likely not be its last, according to George D'Olivo III, founder and president of the company, as local and county fairs have been showing interest.

“When COVID hit, a couple of guys went out of business, like Kevin (Kevin Tate, owner of California Carnival Company), and small to medium sized fairs have been popping up needing a carnival company,” said D'Olivo III. “We don't travel outside the Bay Area, but we are getting more offers. This was our first fair contract.”

The company created two midways, a Kiddie Land at the base of a hill and at the summit the full midway. Their 22-ride midway featured two Ferris Wheels, a two-story Fun House, and a Cliff Hanger, one of the signature rides of Team D'Olivo. “It was head and shoulders above the 2021 fair, where we only had a modified midway. The attitude among the fairgoers was the same, they loved getting out and spending money. The fairgrounds are beautiful and the community really loves their fair.”

“It's a true county fair,” said George D'Olivo IV, Vice President. “You can tell the positive impact this fair has the community, who really supports the fair, and the community was in full force in their support. They had their largest turnout in the years.” 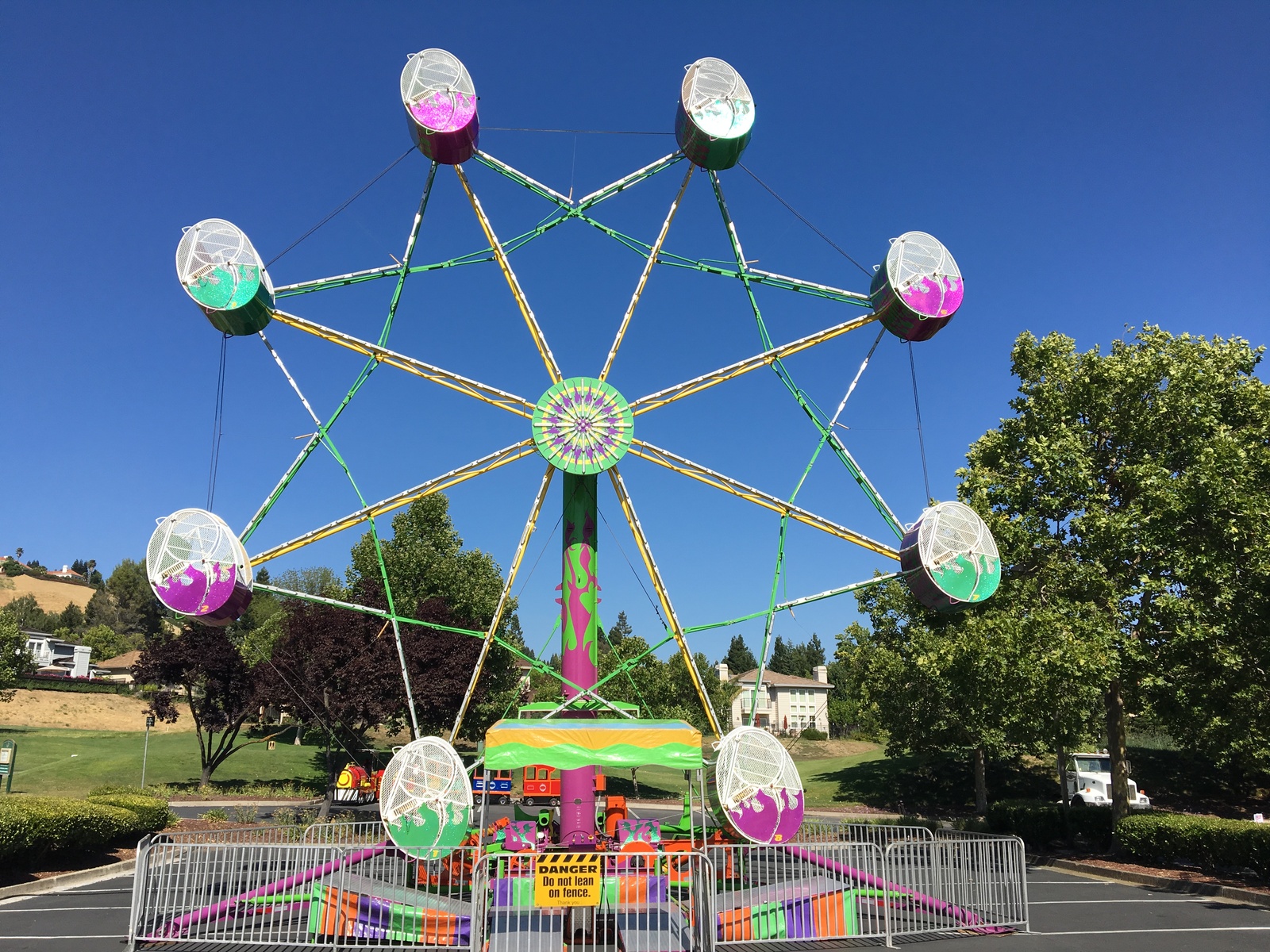 The support was clear from the get go, with people cheering the new carnival company. “I was driving the Dizzy Dragon ride through town and cars were following us and honking their horns.

The company is still fielding offers from other county fairs, some former spots on the California Carnival Company's route. “We are growing, but what fairs we take depends on the fair, how far away it is and will we get the staff,” said D'Olivo IV. The company has relied on domestic workers, paying a higher salary. Most of the workers commute to the fair. But with increased turnouts and the end of the cancel culture afflicting California Fairs during COVID, the D'Olivo's filed its first H2B paperwork, although it did not receive workers for this season.

“All our still dates are back this year, and if a fair is as well run as Calaveras, we are certainly  considering their offers,” said D'Olivo IV. “California has rebounded back, I saw more families and strollers than ever before at Calaveras. We're doing a lot of wristbands.  We had beautiful weather. We may not have the biggest rides, but we fill a certain niche in California.”

That niche now includes an iconic, historical fair who came out of COVID with a record year. “We had seen events and festivals trending upward,”   said Giannini. “So we were prepared for an increase in attendance.  However it exceeded all expectations and we were thrilled.” 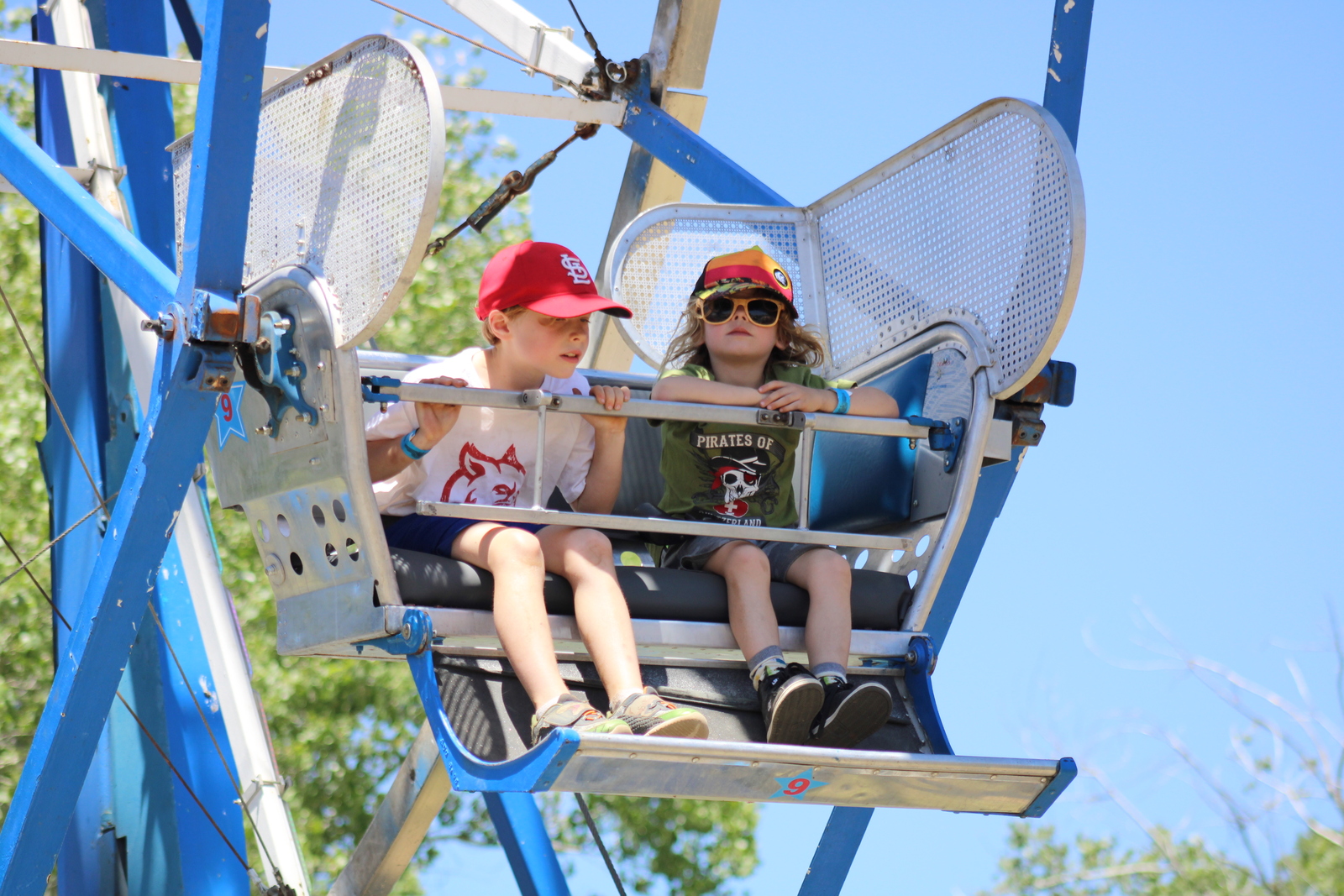 Classic Amusements Provided the Midway for the Calaveras County Fair