The 2022 Great New York State Fair can boast record midway and concert attendance, but an air of mystery and a sudden and somewhat seismic change in management dominated the weeks and months preceding the annual celebration of everything Empire State.

In May – mere months before The Great New York State Fair's August opening day – upheaval and mystery temporarily gripped one of the largest fairs in the Northeast. After taking an unexplained month-long leave of absence, Troy Waffner, Fair Director, was appointed to a newly created job of Statewide Coordinator for all of New York's county fairs.

The unexpected news contained few details about what this new position entails and how it interfaces with the state's network of 50 county and other local fairs.

In the official announcement Richard A. Ball, New YorkState Agriculture Commissioner, stated: “I've long said that Troy has been my right arm at the Great New York State Fair. His leadership drove the greatest period of growth in our Fair's long history, helping it to become one of the leading fairs in the country today, while boosting economic development in Central New York. I'm excited to offer Troy this opportunity to put his considerable experience to broader use in helping fairs across the State grow and continue to promote the best of New York agriculture. I'm also honored to extend a warm welcome to Sean Hennessey as he joins our Fair family and look forward to a fun and successful 2022 Fair with him at the helm.” 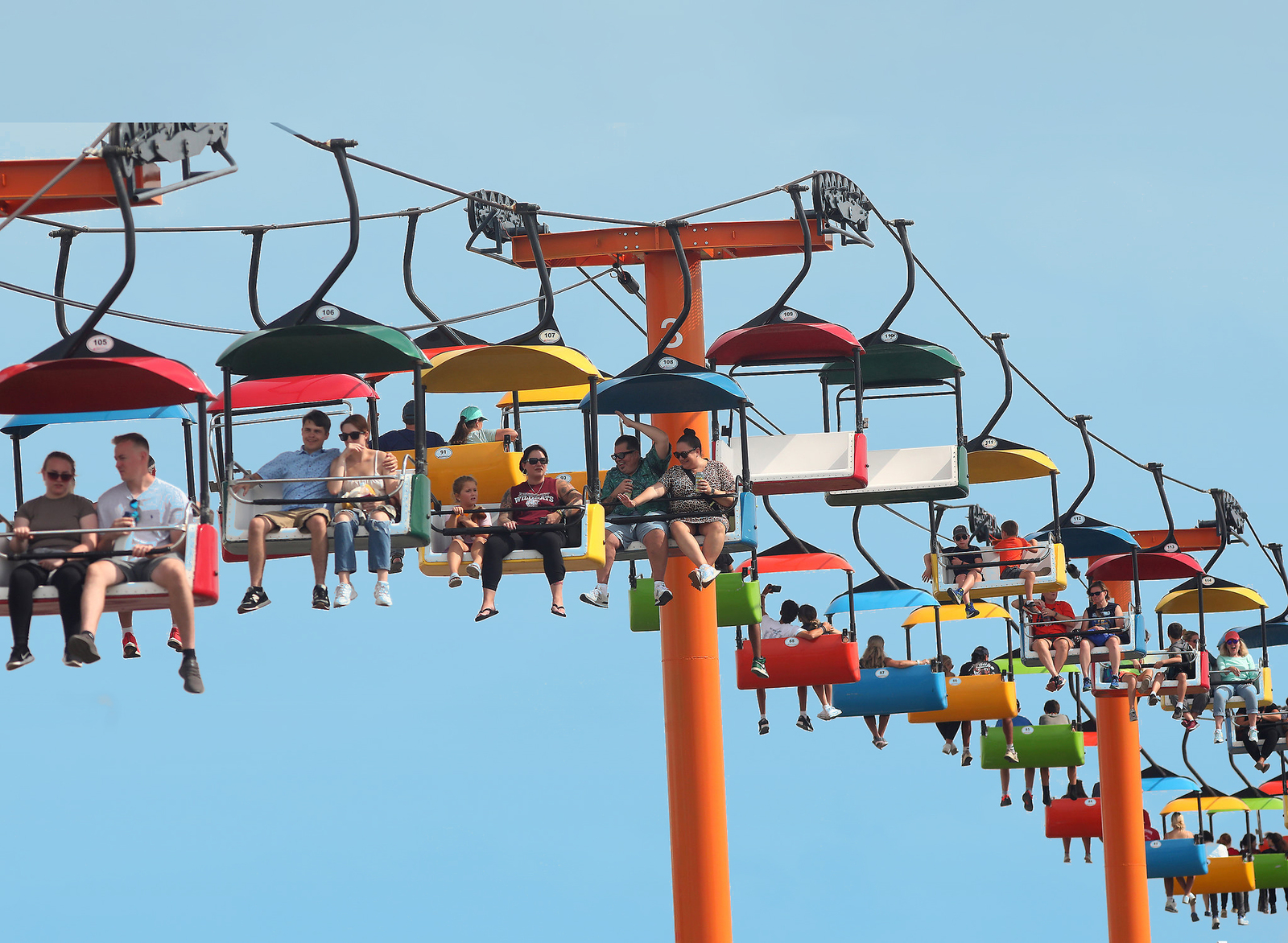 Hennessey was hired as the fair's new assistant director and interim director about eight weeks before opening day. His prior experience includes the New York State Department of Transportation and organizer and talent buyer for North Country Goes Green Irish Festival. “Sean is very passionate about all things New York State, and a big fan of all “Made in New York” products,” said Ball. “He has always been enamored with The Fair, in a personal and business sense in all that New York State has to offer – in farming, food, fun and family.”

What might seem like a trial by fire for a relative novice was actually a smooth transition into a fair already laden with potential pitfalls. Last year, in an well-intention but inevitably doomed experiment, the fair added days, reaching for the mantle of longest-fair in the North East. But the steady if still precarious recovery of 2021 was unable to sustain an expanded fair, and the 2022 restoration included not less COVID pressure, but a readjustment to the traditional span.

Weather was not kind, with mother nature wiping out several nights with heavy rain, including a rain-dampened Labor Day. Attendance for the day was 48,262. “The midway was still open and the closing was a good day,” said Hennessey. “Everyone was pleased to shift back to 11 days, Nobody missed the added days. Everyone puts everything into the fair, not only during the fair days but at least seven weeks before the fair. We have a staff of seasoned veterans who had 365 days to program this event.” 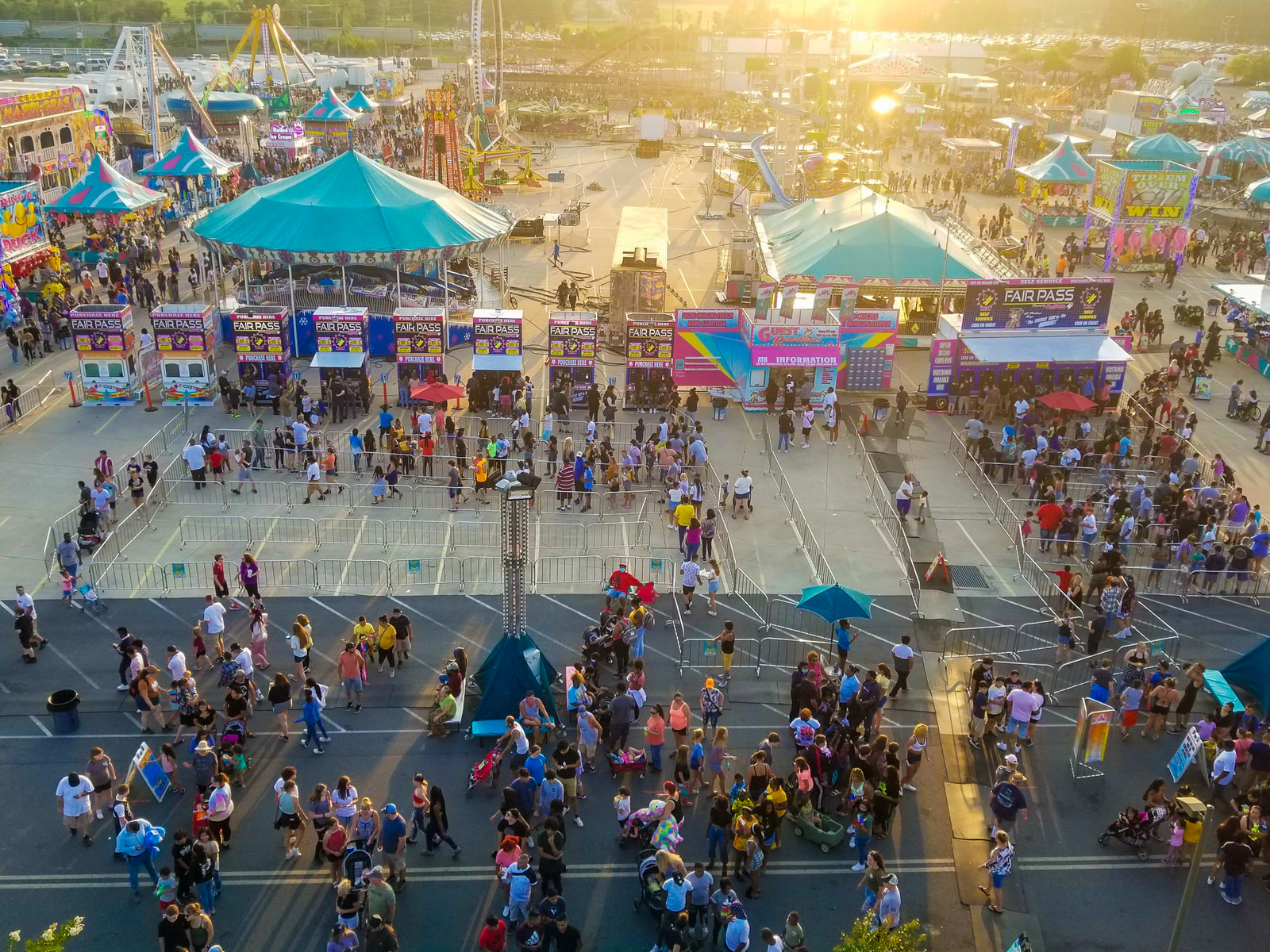 By all accounts, even with the attendance dip, the fair had a record setting midway.  In its post-fair wrap-up, the New York State fair credited  Wade Shows and claimed the midway rides were ridden a total of 1.5 million times. For Frank Zaitshik, this was not idle boasting but verifiable data. “We used the FunTagg system so we know how many rides were ridden. We were up 12.5 percent over last year. Last year, we had the same year we had in 2019 but the difference is that it took us three weekends to get it. It was less than successful, and I'm very happy returning to the 13-day format.”

The midway underwent some structural and layout improvements, enabling the provider to include additional rides and other stands. “We changed the layout of the midway so we could rewire,” said Hennessey. “It's sizable enough that people use it as a promenade and the new layout lends itself to that. Frank has a great team and has always been attentive to the needs of the fair. “

“We added rides this year,” said Zaitshik. “In 2021,  we were scrambling for inventory and not enough time to work on it.”

Last year's ride selection was caused by supply disruption in the ride manufacturer segment of the fair industry. One of the largest midway providers in North America, Wade Shows operates a minimum of two workshops year-round to refurbish, repair and maintain the vast inventory needed to supply the company's multiple touring units.

The 2021 comeback might have seen crowds return flush with stimulus funds, eager to return to their annual tradition, especially in many communities where concerts and arenas and other entertainment events remained under lockdown. But, the supply-chain wreaked havoc and headaches for carnival operators who wallowed in back-order hell waiting for parts and equipment from manufacturers suffering their own delay issues. The problem was compounded by last year's tight labor market made even tauter by a problem-plagued H2B visa allocation system, further interrupting usual Wade Show reconditioning schedules.

“Everybody was scrambling last year,” said Zaitshik. “In the last 18 months, the manufacturers have gradually increased their production and are rebuilding their inventory, We're still not at 100 percent, but it is better.”

Better enough to a return to the more typical Wade Shows ride complement for one of the largest evens on its route. The H2B program was stabilized this year, thus work crews are no longer short-staffed, but Zaitshik remains apprehensive about a new variant of fair industry labor shortages – midlevel management. “They've ramped up the availability of workers because there is a shortage of skilled American labor. But American labor still plays a very big role. I may begetting my H2B workers, but ride attendants and skilled supervisors are still hard to find.”

The 2022 restoration has not come without its challenges, but a record-breaking New York State Fair heals much apprehension. “Troy Waffner was a creative and innovative manager and has a passion for the fair. We've both had  several  great years together. The staff he put in place does a remarkable job, especially in the transition to Sean's leadership.  Being part of the success of the New York State Fair, which has been so big under Troy is something I take great pride in for myself and Wade Shows.” 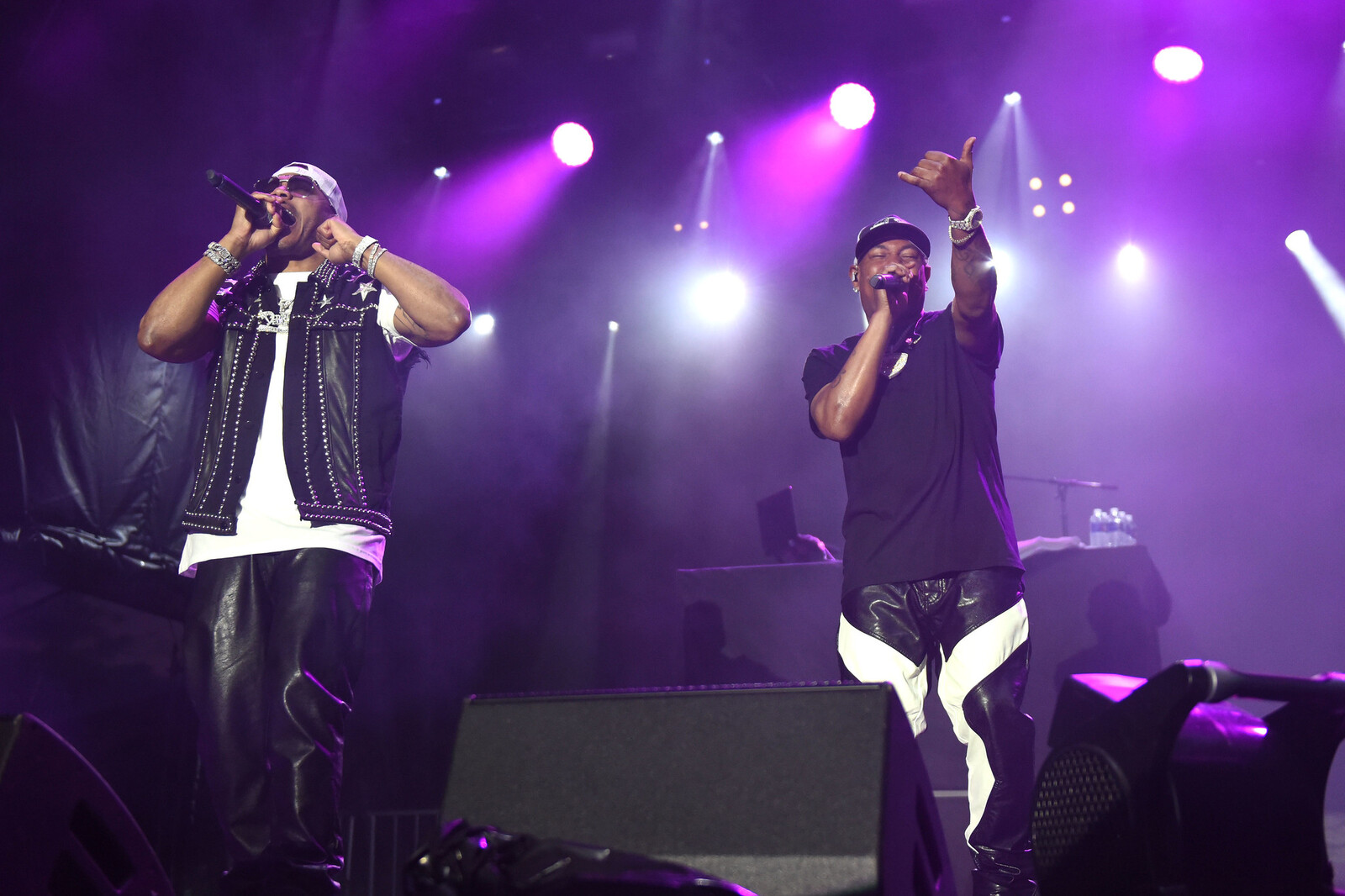 The Midway was not the only fair segment breaking records this year. Nelly's grandstand show attracted 43,000 – the largest concert crowd in the history of the Great New York State Fair – other concerts that nearly broke records include:  City Girls –  39,000 (#3 rank in all-time audience); ?Foreigner—38,000 fans (#4); and TLC – 30,000 (Tied for #17). The Power of Music/ Chevrolet Music Series featured 51 concerts. In total, factoring in 43 performing acts at Pan African Village and 19 performances at Latino Village, the Fairgrounds hosted 113 concerts.

This marketing campaign emphasized the fair experience, selecting two taglines – A Great Time, Every Time & It's All There at the Fair. “Honestly we were using them interchangeably in marketing material,” said Alice Maggiore, Assoc. Director of Public Information, New York State Fair. “The logic was to spread of the message through an intermix of media and marketing materials, such as billboards, which were throughout the story. What we were communicating to the community was that we were having a full fair again.”

“The folks who work here really love this place and love the people who attend the fair,” said Hennessey. “I am happy with the turnout and the positive nature people had. It was a fantastic fair.” 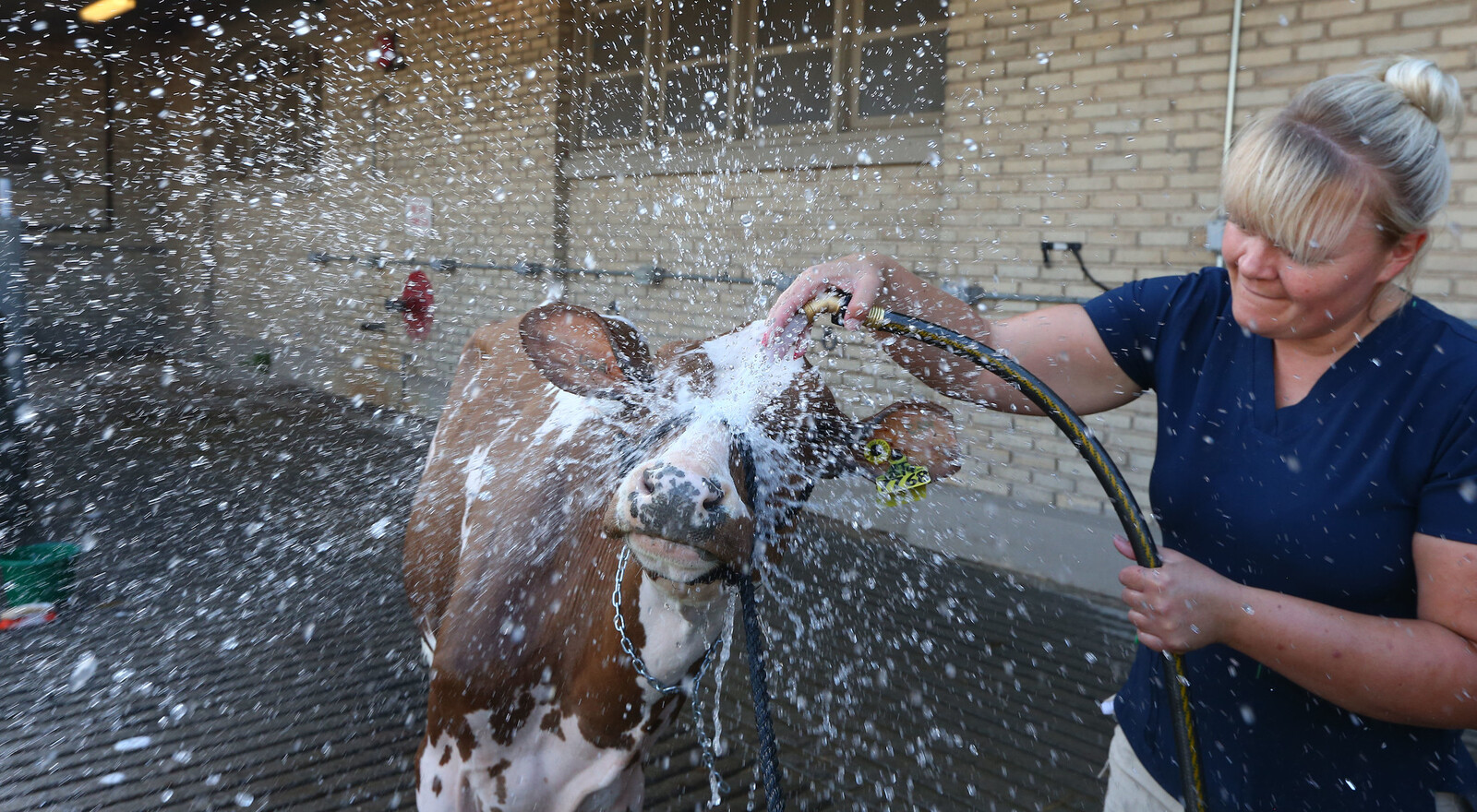 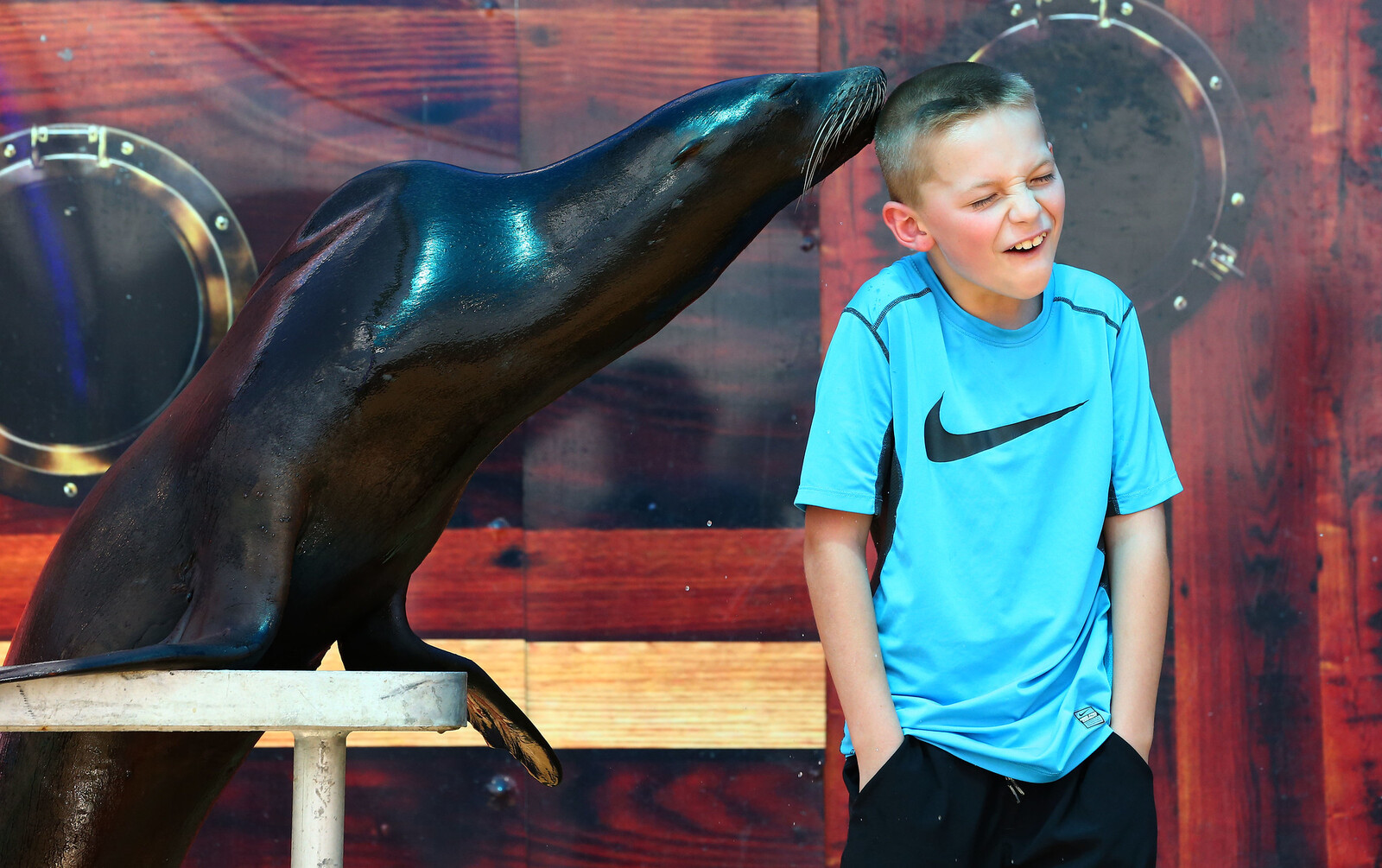 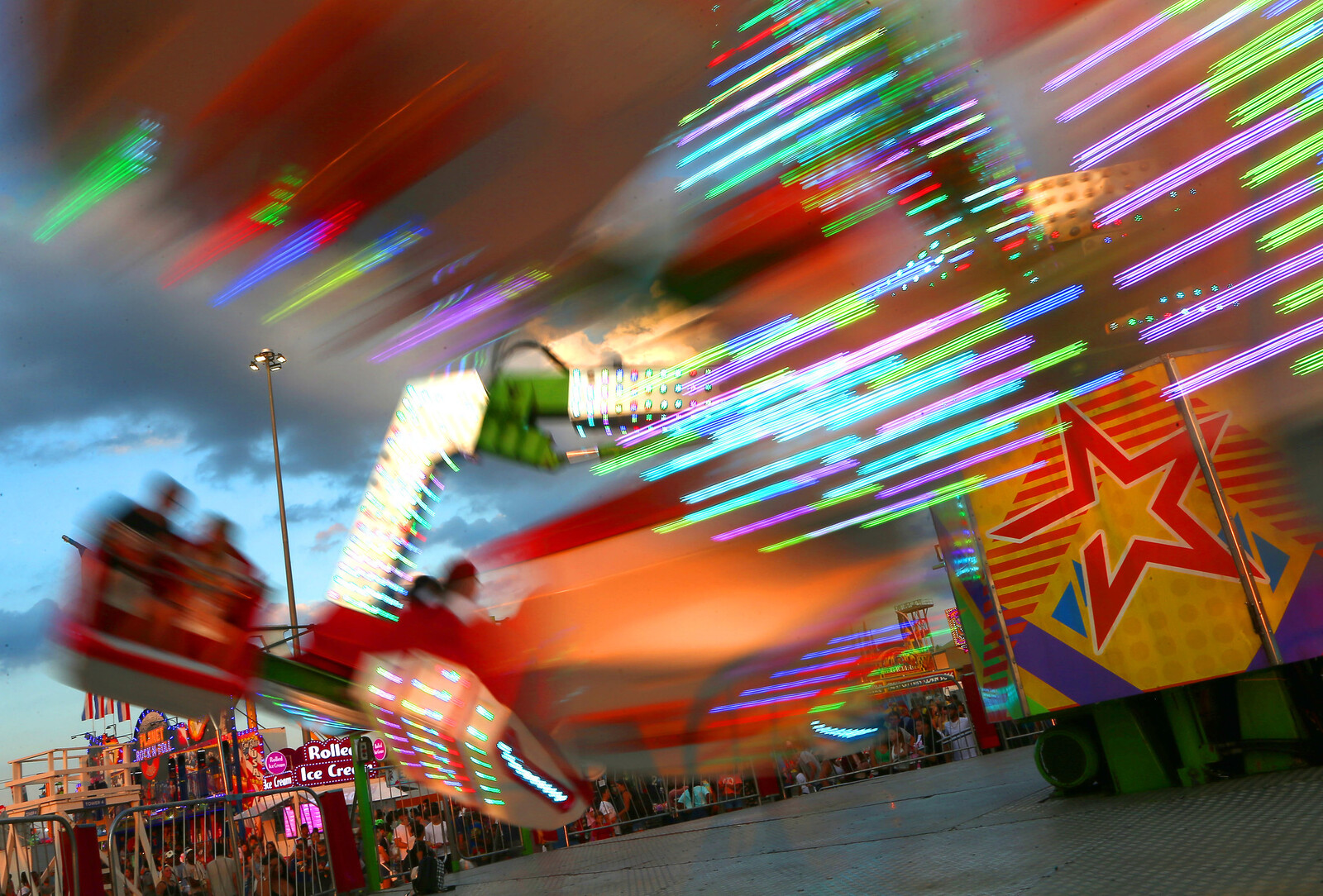