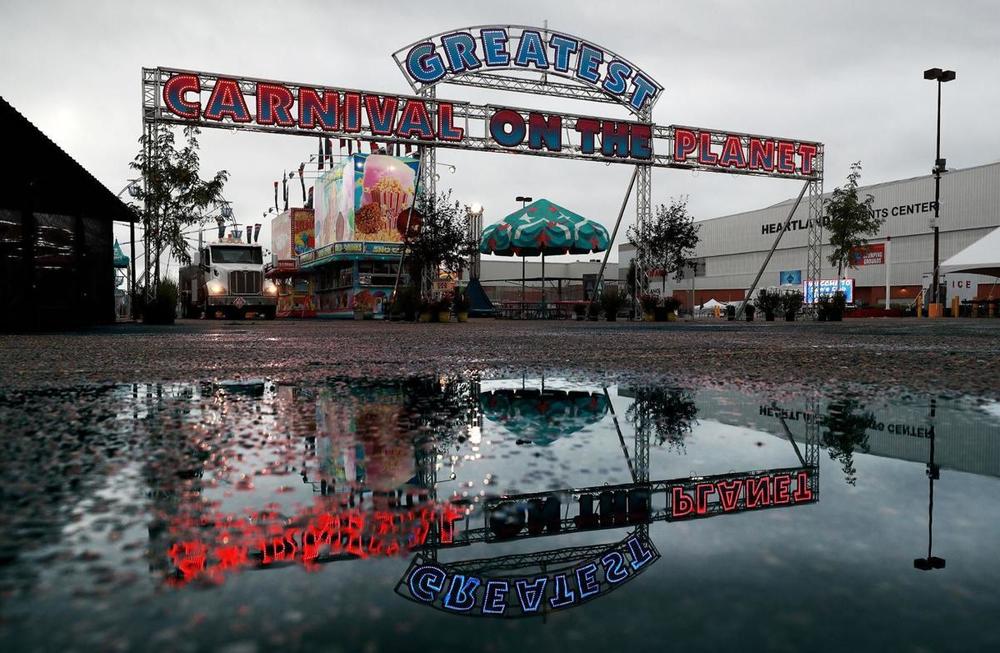 Photo by: Photo Courtesy of Omaha.com

Few fairs faced what the  Nebraska State Fair in 2019 and still find high points.  The fair had robust presales, a vibrant marketing campaign and even some events such as the Tractor Pull, as well as individual days in the midway hit near or actual records. But those silver linings were nearly overwhelmed by a dark rain cloud that dumped seven inches of rain throughout the event.

The 2019 Nebraska State Fair essentially lost seven of the 11 days due to the deluge. The state has been experiencing record rain fall throughout the year, especially during the late summer. You know your fair is getting too much rain when a picture of someone paddling a kayak across the midway pops up on social media. Rain came early, heavy and often at the fair, wreaking havoc and challenging operations at every turn.

No Parking Plan
The most cataclysmic was the flooding of the parking lots. The lots for parking at the Nebraska State Fair are grass lots and the monsoon-like conditions put them out of commission even on the open days of the fair. The ability to respond to this crucial operational problem shows the resiliency, flexibility and professionalism of the fair. According to Lori Cox, Executive Director of the Nebraska State Fair, when a vehicle sunk nearly 10 inches in the mud, the parking lots had to be closed and the fair implemented a contingency plan of getting people to the fair from as far as away as Lincoln and Omaha.

Normally the fair's shuttle service utilized six shuttle buses and six different spots in the region, the plan expanded that to 23 vehicles and eight pickup/drop-off locations. With the historic flooding also making some of the walkways impassable for fairgoer foot traffic with water raising nearly 20 inches in some spots. To transfer the fairgoers to the actual fair, a system of trams pulled by tractors were used.

“The flooding event created its own channel and it was deemed impassable for pedestrians,” said Cox. “We made it as simple as possible for them considering the circumstances. We also put our PR into high gear. We had to work hard from a PR standpoint to get our message out when the fair was opened, how to get to the fair. The news stations were very cooperative.”

Rainfall amounts were not the only record-breaking stats for the 2019 Nebraska State Fair. When the weather cleared, fairgoers came and spent. The second weekend of the fair saw a great turnout. “That Sunday was our biggest day. We did $86,000 in our carnival alone. We broke records,” said Cox, who admitted the successes were “bittersweet.”

Other indicators were that sales at four “tavern” locations – fixed concession spots – were up over 50 percent in sales on comparative days.  In fact, overall attendance was down only 10 percent compared to 2018, although that statistic is misleading since last year saw record rainfalls as well.

Topper Marketing
Another record set was online pre sales – upwards of $205,000 – giving the fair much needed “rain insurance”.  The marketing campaign had emphasized the fair's 150th anniversary and had the tagline Nebraska Strong. The fair increased its marketing budget by $25,000. “We had the strongest marketing campaign we've ever had.  It was very robust.”

The fair expanded its media buys to increased radio presence – mainly in conjunction with its concert offerings – as well as out-of-home media, especially increased use of billboards and for the first time, the use of Fuel Pump Toppers as well as bus shelters. “Out of home is a high cost but was very effective, especially reaching the urban folks. The Pump Toppers had a very good impact.”

Marketing also included hiring a public relations agency, increasing the media coverage pre-fair with additional news releases. “We drove a lot of traffic to the website, which was all part of our marketing.”

Cox also brought all the social media marketing in-house. This enabled “us to change gear, spend more effectively on media buys and make the social media very event driven. We promoted specific programming, such as a new hypnotist.”

Fairgoer Breakdown
Another significant marketing change was a market research initiative that identified the main demographics of the fair:  Like most fairs, the Nebraska event is an annual networking celebration of the state's agriculture industry; Families – “Moms with children six & under”; teenagers: Blue Collar workers and Senior Citizens.  Not only did the marketing try to target each group, but the promotions and programming catered to each of these main fairgoer segments.

This demographic breakdown led to one of the bright spots of the fair, its concert series. The main stage of the fair was the 7,500 Heartland Events Center, and the fair offered “bundles” that featured three separate concerts into one price, encouraging multiple fair visits. The bundles include Hot Country Bundle (Brett Eldredge; Maren Morris and Little Big Town); Red Dirt Bundle (Granger Smith feat. Earl Dibbles Jr.' Cody Jinks and Whiskey Myers with Reckless Kelly). Rock Bundle (Theory Of A Deadman, Bad Wolves, and Halestorm); and – Specialty Bundle – the most affordable shows of just $10 each (Older Nebraskans Day, Christian Night and Veterans Day performances).

As one might guess, the Specialty Bundle catered to families and seniors, while other nights, such as Hot Country, catered to the more male oriented Blue Collar segments. “We had some great overlay with radio marketing with the Hot Country bundle especially.”

The new concert program and reformatting of entertainment marketing and promotions reaped rewards. “We picked genres that had wide appeal across our demographics and we had some sell outs of the Hot Country shows.”

The move of the concerts to the enclosed venue, bolstered by a more deliberate and inclusive marketing campaign proved to be one of the high points in a very challenging fair. But that didn't mean talent buying was challenging. “It is still a seller's market,” she said. I don't think it was any worse than last year. It is harder to find those baby artists that fairs can afford on their way up. But we sold enough tickets to crack the nut.”

The Wade Shows midway likely took the brunt of the drenched fair. “Wade Shows, did a very good job and gave us a fresh ride mix,” she said. “We did a lot of bundled marketing for the midway, including a Date Night. We had great presales for wristbands.”

While the rainfall squelched many midway days, the 46-ride presentation fared well with the downpours in terms of damage. Unlike the parking lots, the midway was on asphalt and not as negatively impacted by muddy conditions as other areas of the fair.

Tough on Farmers
The soggy conditions not only negatively impacted the fair, but the fair's leading segment of those participating – the aggies. Nebraska has been victimized by back to back years of record rainfall, diminishing last year and this year's crop output. According to Cox, the record rainfall has “broke five levies, washing away entire farms and ranches. It's the 4th year in a row of low crop prices and now with the high tariffs this summer, farm families are hurting. Regardless of how  the fair might have gone, the ag industry is not doing well.”

Still, in a year of many minuses, the pluses were undeniable. “We catered to the Hispanic market. We had a huge Selina tribute act, in a great big tent that had more than 1,500 attendees. We formed a Latino committee and reached out to that community and we came up with a lot of ideas that targeted the Hispanic market. We are very proud of our Latino Day. We had the best Tractor Pull and Demo Derby we've ever had. The sales at the livestock exhibitions was up this year, which was very positive.”

Cox declined to speculate so soon after the fair's conclusion how the rainouts and resulting revenue declines will affect next year's Nebraska State Fair. “There were all sorts of real positive things at this fair. We had some success stories and many things to be proud of, especially how we handled the historic flooding on the fairgrounds.”

The 2019 Nebraska State Fair was Cox's sophomore effort at the helm. She has guided many changes and upgrades to this century and half tradition of everything Cornhusker. But with back-to-back fairs of extreme rain, she's in a position no fair managers could envy. “It was a tough run, that's for sure. It's a burden I have to bear, but you have to keep your chin up and focus on next year.” 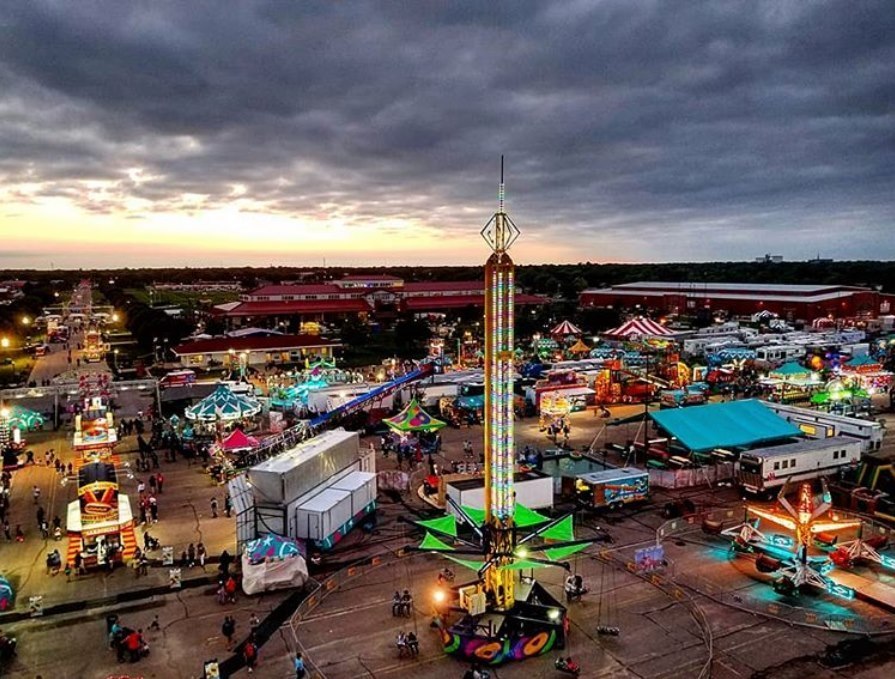 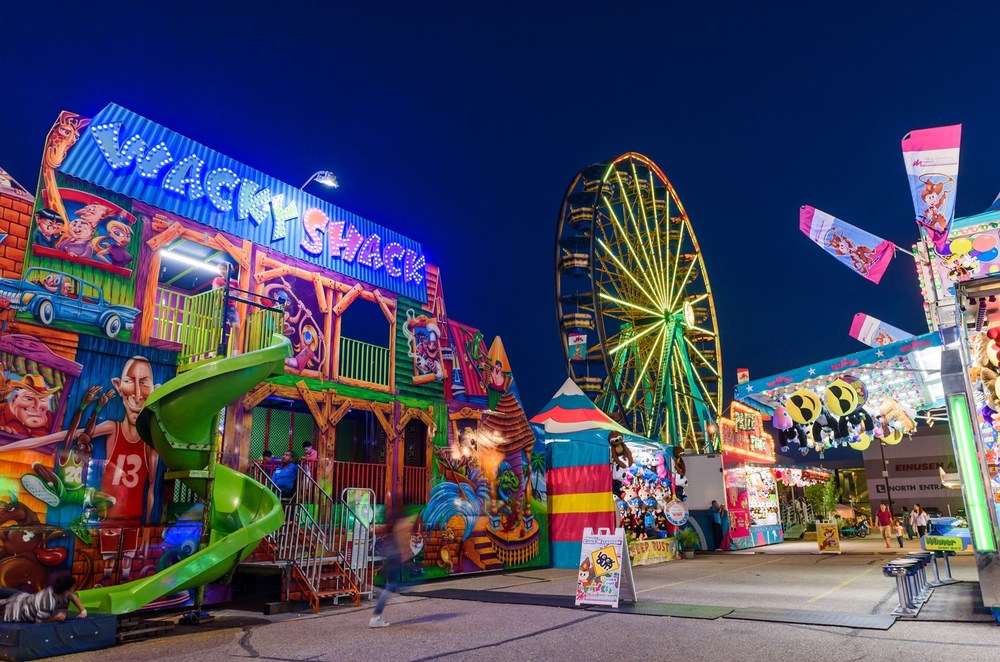 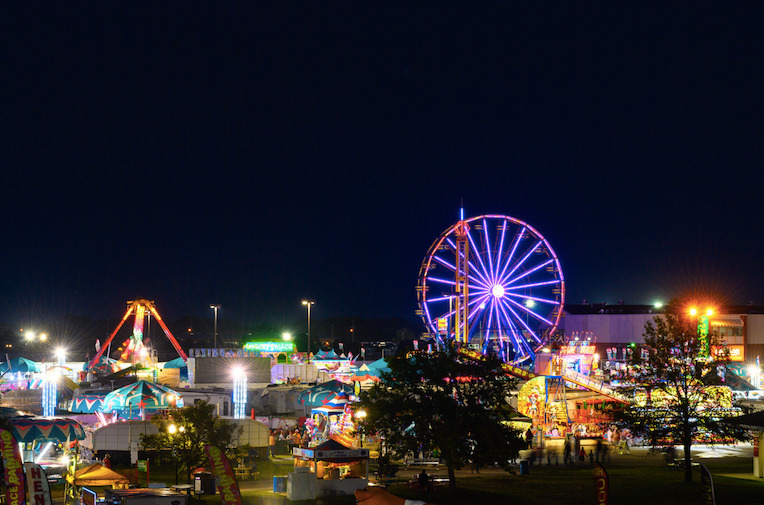