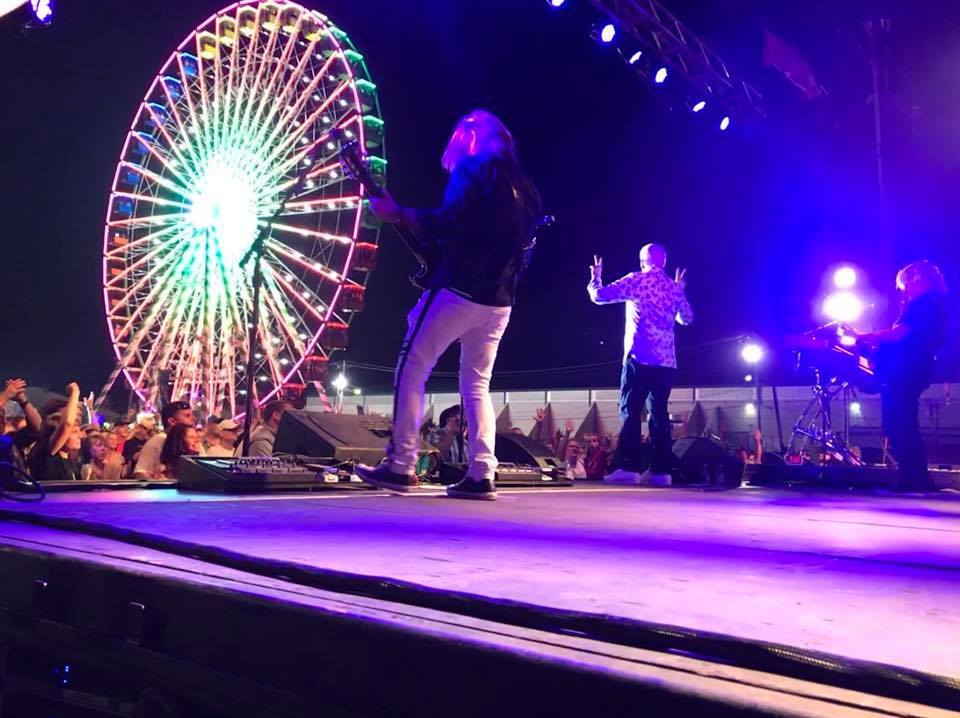 The good news is that more than likely, fairs will not have empty stages this summer. As the peak of the fair season approaches, exactly what fairs and how many will have entertainment – and what caliber of act will be presented – is unclear. The only thing that seems certain – and how closely 2021 outdoor live entertainment will resemble a pre-pandemic season – is that inconsistency will be the rule.

“It's different in different parts of the country,” said Wade Asher, a Promoter with Chippewa Valley Festivals and current president of International Entertainment Buyers Association. “It's up to each state and then each county can have very different protocols. Once you check all the boxes of what the protocols that are in place for each venue, then you have to make money. Can you sell enough seats with the capacity restrictions? It may not be feasible.”

It's expected that most grandstands, amphitheaters and other outdoor venues will operate under some capacity restrictions, but those restrictions like many other protocols, will differ from fair to fair, complicating touring. If just one venue's capacity restrictions are so severe to make concerts infeasible, then an entire route can implode. “It's going to be very tough to do a full tour of fairs or festivals,” said Asher. “We're already seeing tours postponing to next year. Some tours have been pushed to September.”

But live entertainment events unattached to a tour may be doing better, or at least are more predictable at this point in the year. Asher said his summer festivals in Wisconsin, Michigan and Minnesota are not cancelled this year, attracting such stars as Dierks Bentley and Thomas Rhett. “The more time that has passed, the more vaccines that have been given, and the wave has flattened, the better it will be,” said Asher. “Music heals, and promoters and everybody is moving towards that. But right now it's month by month.”

Unfortunately, few fairs may be able to sustain enough audience for one-off dates. A parallel situation is occurring among the artists and entertainers. “A lot of smaller acts, the ones more dependent on touring, are hurting,” said Asher. “The bigger acts, the ones who are more financially stable, will be able to survive without touring.” 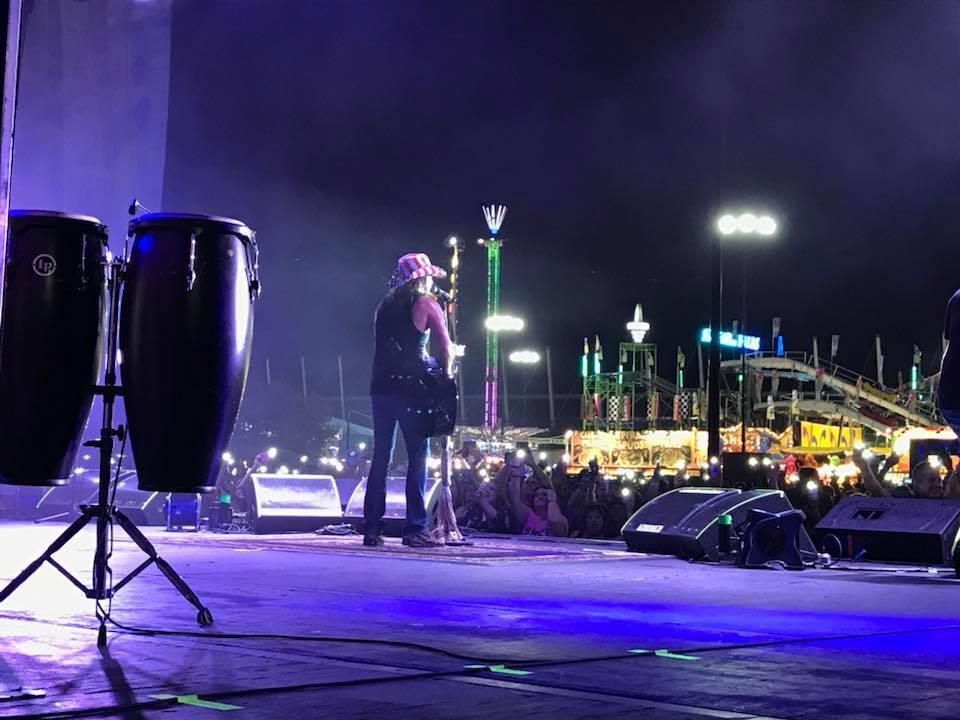 Last year, as the coronavirus impacted every sector of the economy, the industry responded by coming together to address this global emergency. Cancellations ground the outdoor live event industry to a halt, with the vast majority of fairs cancelling their 2020 events, promising to be back in 2021. The widespread agreement among entertainers, promoters, talent buyers and fair managers was to rollover the bookings to next year. While that still seems to be the easiest and most sensible solution, transitioning is proving a lot trickier than anticipated.

Clay Campbell, President, Triangle Talent, estimates that about 80 percent of his fair clients—both concert and our grounds acts – were able to rollover. However, if restrictions ease in more states and more fairs firmly commit to a “full” fair with live entertainment, that 20 percent could shrink even further. “There were some acts that had other commitments for 2021 or just still aren't ready to be out in 2021,” he said.
But, even maintaining the 2020 schedule has been a struggle. While 2021 will not be a repeat of 2020, few are ready, willing, or able to party like it's 2019 again.

“It may seem on the surface that it would be easy rolling things over, it actually ended up being just as intensive as booking a whole new year,” Campbell,  explained. “There was a whole series of negotiations in postponing the show and determining the 2021 dates. Then, in almost every case, there were new contracts issued. New ad plans. New marketing plans, announce dates and on sales. All being done in the context of the disappointment of not having events in 2020 and the uncertainty of 2021.”

While Triangle Talent had a few fairs so far in 2021 that did book, it's in the second half of the year he anticipates a rebound. “A lot of the Q1 & Q2 fairs and events are still be impacted by the pandemic,” he said. “We really don't see our clients starting to be in a position to get back to business until this summer. Those that have been working this spring are saying they are seeing good and enthusiastic people at the events. From a concert standpoint, we are also seeing quality acts. I think that fairs will see good turnouts and strong attendance within the restrictions of their local rules. People are ready to get out and do things again.”

Variety Attractions is seeing a 90 percent retention rate for all entertainment, when it comes to booking rollover, but that has been mainly for the second half of the year. “Our fairs run in the cycle of Q3 Q4 and yes most things stayed the same,” said Todd Boltin, President & CEO.  “You had some of the smaller fairs that opted to go strictly with agriculture and local entertainment but not a lot.”

The booking conflicts that have emerged for 2021are coming from the artist management side. Some acts had already confirmed dates in 2021,” sad Boltin. “Those had to be cancelled because the dates rolling over from 2020 had the first right of refusal.”

An even stickier situation than resolving double bookings has arisen with negotiating bookings in the same markets. “With pushing the entire summer June-Sept into 2021 we ran into market conflicts of the artist playing within the contracted radius clause,” Boltin explained. “Say an artist is booked in York PA in July of 2020 and going to come back and play Hershey PA in January of 2021. Those markets conflict, however everyone played nice and we all worked through these speedbumps, as everyone was dealing with the same problems, and none of us has had to navigate those issues previously in our careers.”

The fact is that even by April, firming grandstand entertainment is still not possible. Vaccine distribution may be expanding, and more states have re-opened and fairs have been greenlit, but grandstand capacity is still severely restricted. Boltin pointed that in Ohio, while full fairs are being allowed, the governor's orders places a “limited capacity in the grandstands for tractor pulls, demo derbies, concerts, etc., right now it's 30 percent capacity. Fairs can't pay the bills on 30 percent capacity.”

In many cases, the grandstand entertainment may not be feasible at all. Boltin anticipates that for some routes, “this will cause more of the rollover to 2022 because of capacity restrictions.  If you have your entertainment all booked and you are faced with reduced capacity and think you are going to go book less expensive acts due to reduced capacity, good luck. Everyone is being cautious but you still have to plan your event. You can't wait until a month ahead and say ‘OK... let's have a fair. This is where good leadership rises to the occasion for the fair.” 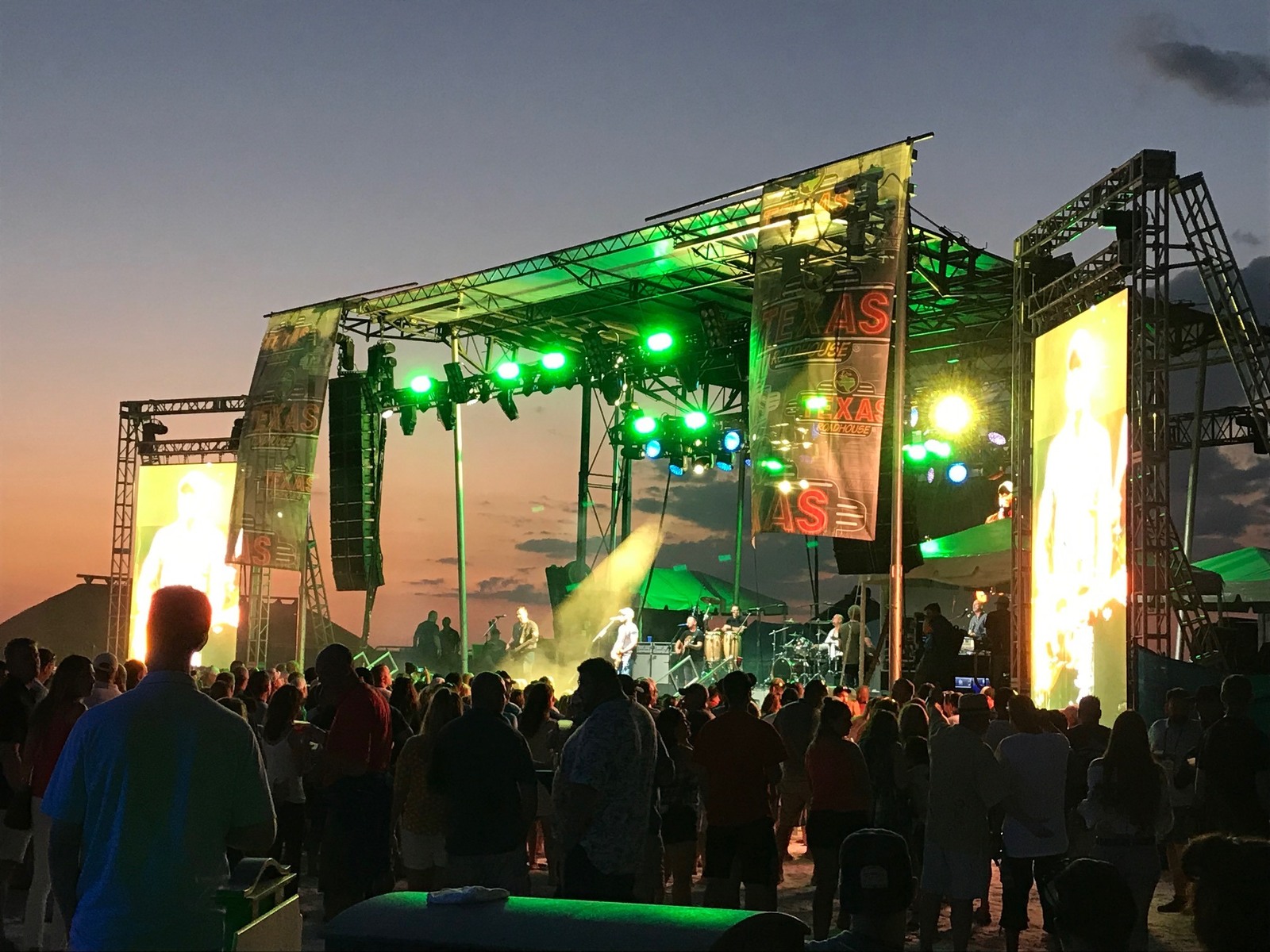 The hope is that leadership will find solutions to capacity issues for grandstand entertainment.

Campbell said his “fingers are crossed that a lot of the restrictions will be lifted by this summer when most of our client's events take place. But if there is a positive that has come out of all this it is the understanding of how inter-connected we all are – how reliant we are on each other. Generally, acts, fairs, and their people have all been working together to make shows as viable for everyone as possible.”

Compounding the uncertainty if the pace and extent of the rollback in capacity restrictions occurs in timely enough fashion for bookers to create viable routes for grandstand entertainment has been the burden the pandemic era has thrust upon the entire live entertainment industry.

Revenue streams have been wiped out, staff has been depleted, and nearly every aspect of personal and professional life has been disrupted.
Nonetheless, everyone in the live entertainment still adheres to their timeless credo: The show must go on! “I remain optimistic,” said Boltin. “I continually watch each state on the progress of the vaccine in all the states we work in and the percent of people who have had one dose and the percent that are fully inoculated. Anyone involved in our business wants to get back to doing what we all love to do. We have had to move May, June events into 2022. We really don't want to see July start doing the same scenario. There are too many fairs, festivals, booking agencies, grounds attractions, food vendors, carnivals, etc. that cannot go through another year like 2020.”