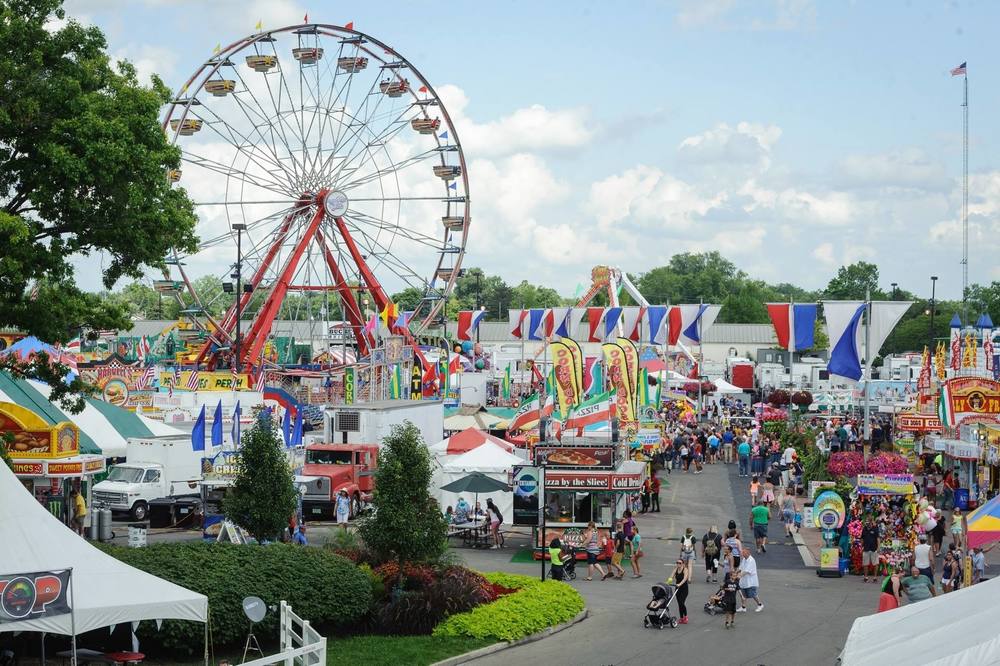 Increased convention attendance, positive outlook among fairs and new interest by national carnival companies in the Ohio fair market highlighted the annual convention of the Ohio Fair Managers Association (OFMA). But for Dan Bullen, Bullen's Food & Concessions, who begun the second year of his two year term as the president of the OFMA, the highlight was an influx of youth.

Cullen organized a quasi-orientation reception for younger professionals, attended by 85 with at least 50 being first time attendees. Overall convention attendance was 3,420, an increase over last year, and represented 95 fairs and 260 associate members which include 12 festivals. The “youth” party will be an annual party at the OFMA convention and reasserted the theme of the 2019 convention, “Build For Their Future. “

“We are seeing more and more young people becoming managers, joining fair boards,” he said. Encouraging recruitment of millennials and reversing the graying of the industry trend that some see as widespread in the industry has been a priority for Cullen during his tenure. “It's been my thing to have you people coming into the business, working together. Ohio has a strong 4-H and FFA programs, we have strong programming  and we are helping young people work their way up. They are the future of fairs. We had more first time attendees at this convention than ever before.”

The Build for Their Future theme did not just refer the next generation noticeably rising through the Ohio Fair ranks in 2019, but a concerted effort by the local and county Ohio fairs to improve their properties.  “I've went around to a lot of fairs, and so many had new buildings and fixed up their fairgrounds. They are really moving in the right direction for the health of their fairs because they are all understanding you have to be able to have other rentals to survive, you have the facilities for good events. They are building for the future with their fairground improvements and getting more young people involved.”

The segment of OFMA convention attendees other than millennial fair professionals that also saw an uptick at the 2019 event was carnival companies.  Ohio fairs are facing what Howard Call, Executive Director, OFMA, describes as a “transition” when it comes to their midway providers.

According to Call, two major Ohio-based carnival companies – Bates Amusements and Kissel Brothers Shows (Cincinnati, OH) – are closing up shop, creating a midway vacuum in the Buckeye state that major ride companies are seemingly to eyeing to fill. James E. Strates Shows, Reithoffer Amusements, and Talley Amusements (who was awarded a multiyear contract for the Ohio State Fair beginning this year) were among the ride companies exhibiting at the 2019 OFMA convention.

In fact, Call pointed out that six more carnival companies exhibited at this year's event compared to 2018, and all were first time exhibitors in Ohio, more than doubling the number of carnival company exhibitors.

It's a somewhat ironic turn of events for the Ohio fair industry. In 2017, a fatal accident at the Ohio State Fair caused ripples through the carnival and fair business, resulting in new maintenance protocols and increased awareness of ride safety. Throughout the 2018 fair season, the OFMA spearheaded a public relations effort and media outreach to alleviate public fears concerning ride safety.

By most measures, the OFMA campaign succeeded with the Ohio State Fair showing a 17 percent attendance increase and the local and county fairs – who also act as feeder fairs for the 4-H and other agricultural competitions and exhibits at the state fair – also recording strong years. “Fairs are more optimistic,” said Call. “Many are doing more marketing and sponsorship work to support operations and upkeep. It was a mixed year, lot of wet weather later in the season, but did not get overly hot this year.”

With many of the state fairs now having to contract with new carnival companies – and with many big players in the carnival business no longer overlooking the Ohio market – 2019 should prove to be a transformative year for the state's midways.

“Smaller ride companies will have to bite the bullet and add more rides because that's what the fairs are demanding,” said Bullen.

Many smaller fairs are considering adding days to their runs as a means to grow revenue. Bullen is skeptical to the efficacy of this trend, feeling the increased overhead by additional days outpaces any extra revenue accrued by a longer fair. Bringing larger carnival companies into the additional fair day equation creates other considerations. “It depends on their routing and adding an extra day when there's not the demand just means extra costs,” said Bullen. “We'll see what happens and where this goes.”

The most pressing lobbying issues for Ohio Fairs that the OFMA addressed in 2019 were new food handling and fire regulations.  What might appear to be nitty-gritty details in each case actually caused unneeded hardship to fairs. New fire regulations implemented expanded clearances between stands and tents that in most cases were unfeasible for fairs and the new food handling regulations required all workers to be certified instead of just the manager or team leader.

“The regulatory environment is very burdensome, the state wants to regulate everything,” said Call. “We were able to scale back some of the new regulations and were able to communicate our needs to the legislators. What happens is they pass these laws and regulations with other industries in mind and they don't understand they don't apply to fairs but we are subject to them anyway.”

Ohio Fairs are also upbeat about the state's newly elected governor, Mike DeWine, a Republican, who is seen as very fair friendly. “We have a new governor and new Director of Agriculture and are very excited,” said Call. “The new governor is very familiar with all our fair issues, all his kids went through 4-H. He loves our county and local fairs.”

According to Bullen, while governmental financial support for fairs has been mostly nonexistent in the 21st century, one of the 2019 OFMA lobbying initiatives will be a revival of a matching grant program to Ohio fairs, which has not been renewed in three years.

Other news coming out of the 2019 OFMA annual convention include a key note address by comedian/motivational speaker Kevin Wanzer, the Selection of Nora Current, Champaign County Fair Queen as the 2019 Ohio Fairs' Queen, and the induction into the Ohio Fairs Hall of Fame of Darrell “Cubby” Cubbison, from Muskingum County Fair, Mel Hagemeyer from Warren County Fair and Jacklyn and Jack Woods from Woods Concessions 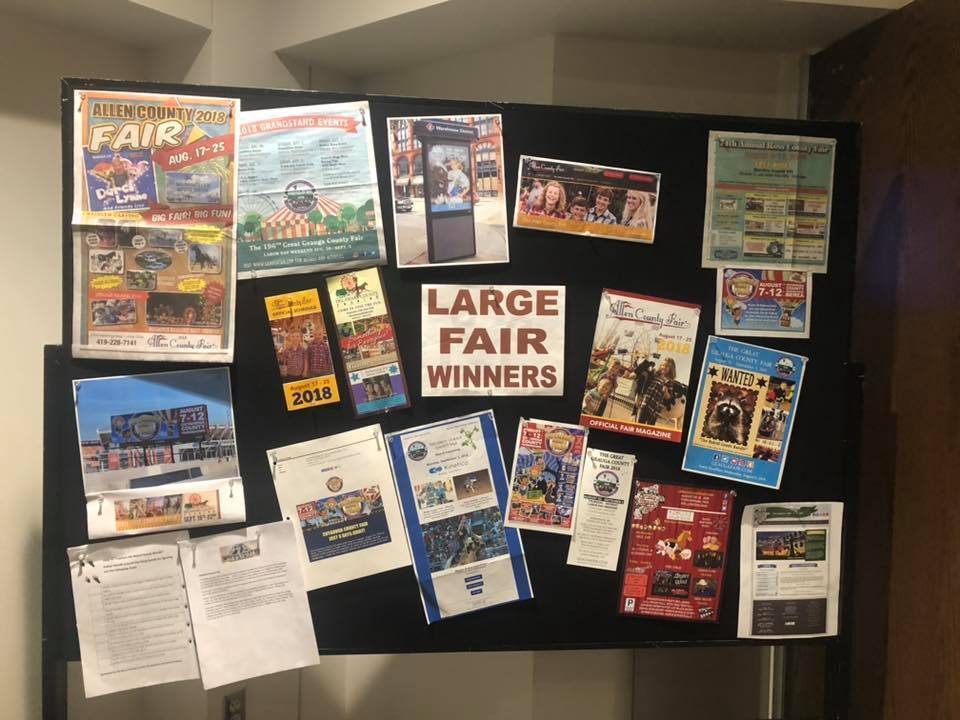 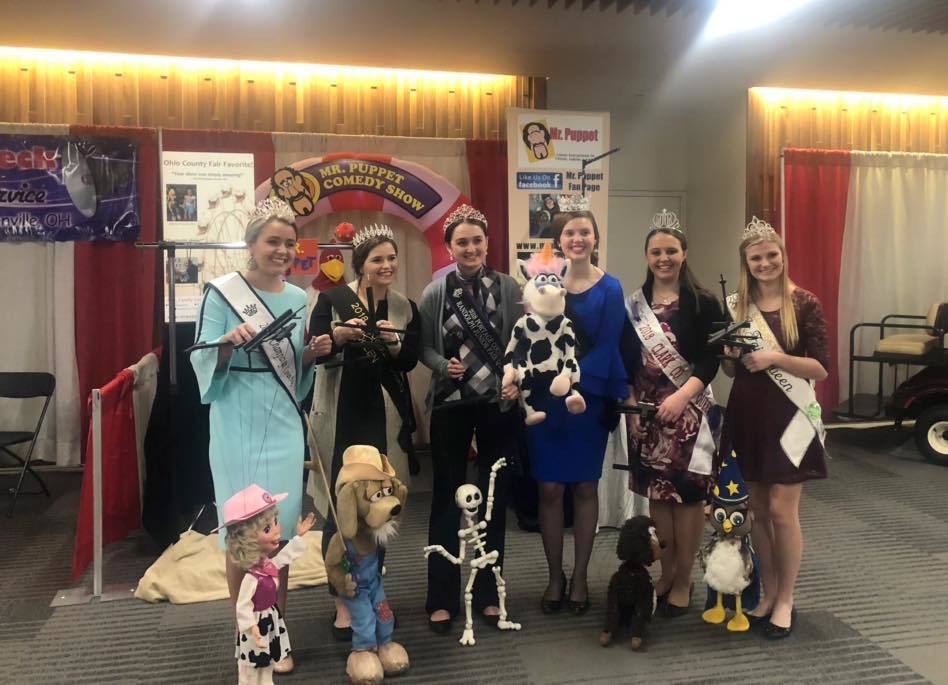 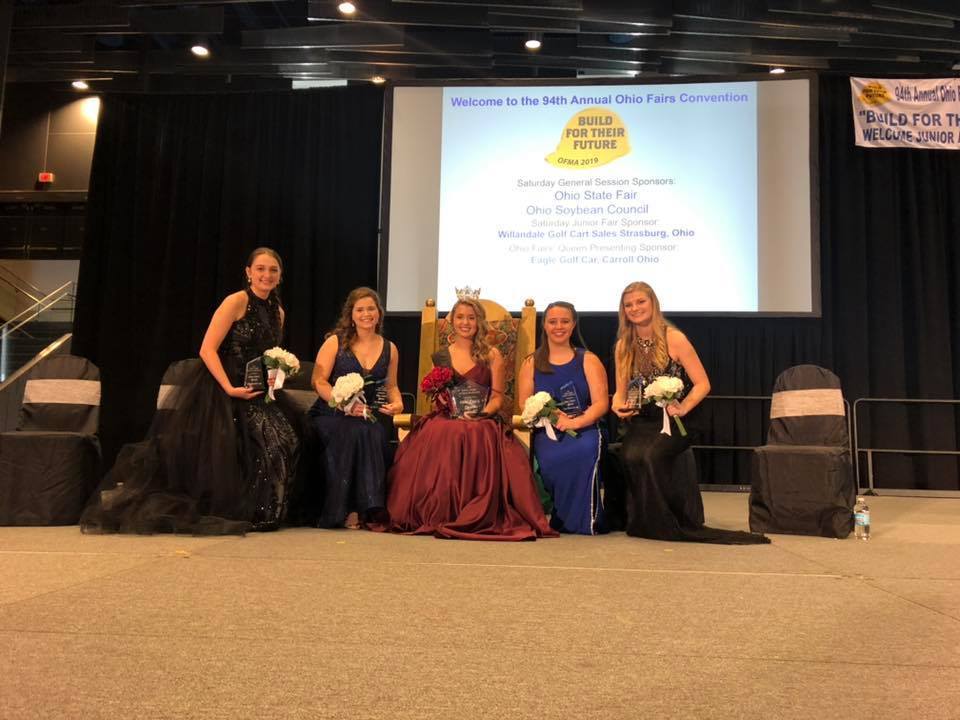 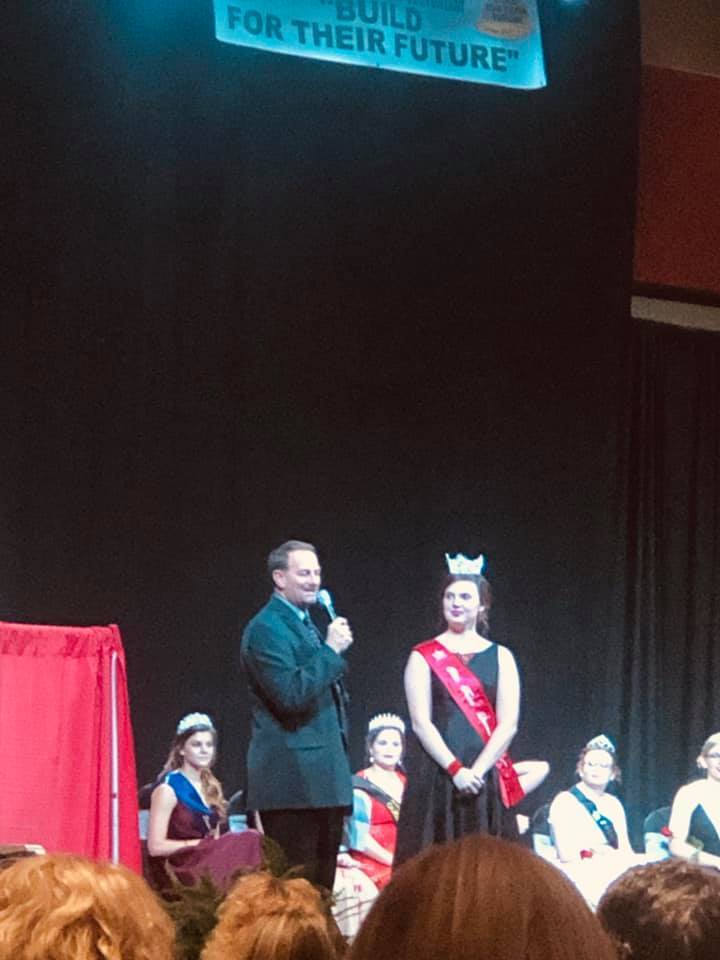 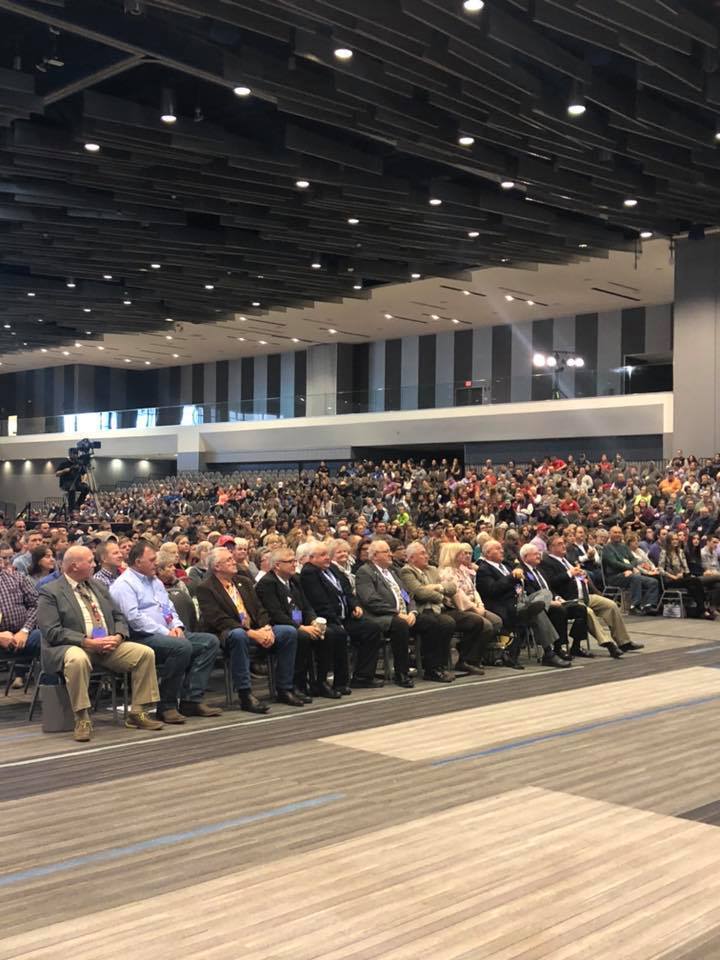