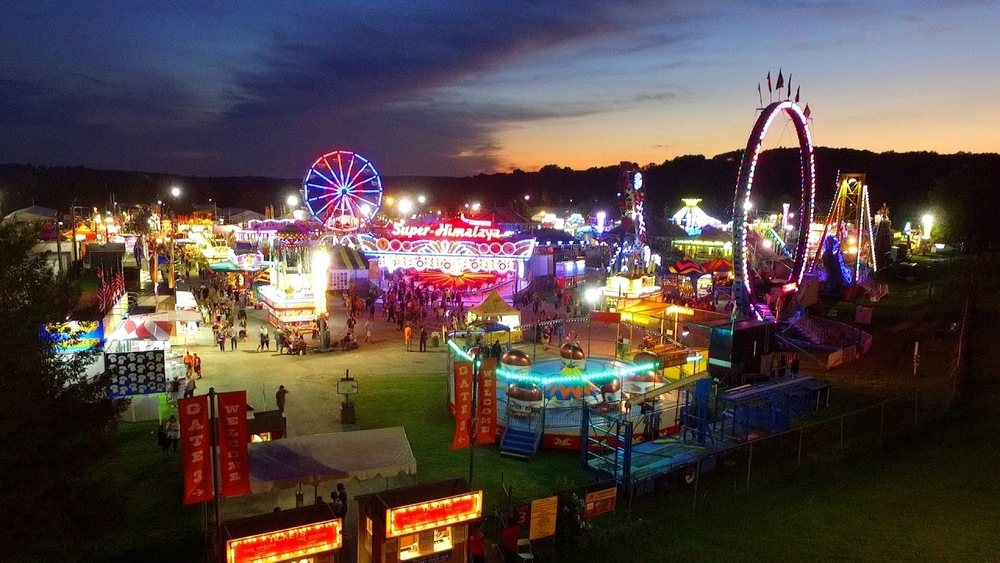 The 2019 New Jersey State Fair and Sussex County Farm & Horse Show had near optimum weather and what was likely close to record breaking attendance. But dodging a heatwave and only a few periods of rain may have been a deciding factor, but it was far from the sole reason for a successful event. As importantly, through programming and other areas, the fair reaffirmed its farm-centric reason for being.

Nowhere was this more apparent than its back-to-the-basics marketing tagline: “Agriculture is the Heart of the Fair.”

Farm Appeal
The slogan and marketing campaign created around it went through the fair board and committee structure. The decision reflected the realization that the best way to promote the fair was to highlight the reason it exists; to celebrate the agriculture, livestock and equestrian culture that still thrives in parts of the Garden state. “Without boasting, our fair is the largest collection of agriculture displays and programming in the state of New Jersey,” said Kevin Mitchell, Fairgrounds Manager. “It is something that is still very strong in this part of New Jersey, but we draw from urban areas around the state. Families want this experience."

In other words, the marketing not only fulfills the fair’s long-held mission, but appeals to the reason why people come to the fair – it’s one of the remaining vestiges of agriculture in the Garden State. The marketing played with the farm theme, with advertising images in print and online utilizing pictures of “agriculture, farm animals, Jersey tomatoes, vegetables, green fields,” said Mitchell. “We did increase advertising to emphasize the quality of our programs.  Demographically we reached out and focused on the traditional stuff, like petting zoos and crafts. We marketed ourselves as a true agricultural fair, family oriented and traditional. It’s a traditional place for a family to come and have fun.”

The 2019 fair was Mitchell’s first at the helm having been hired at the beginning of the year. His background is in agriculture, having earned a BS in Animal Science at Rutgers University in addition to managing smaller agricultural fairs in Passaic County and working with the 4-H program and related activities at the New Jersey State Fair for more than a quarter of a century.

“My management philosophy is if it isn’t broke, don’t fix it,” he said. “There’s a solid core of volunteers, and they make sure nothing gets way out of whack. We have a good thing going with this fair and we maintain that as best we can. We hold down costs and promote the traditional agricultural fair, increasing attendance and the families who enjoy these activities.”

New Emphasis
Like many first time fair managers, Mitchell spent much time observing in order to develop new improvements as opposed to implementing changes immediately. His history with the fair via the 4-H program remained clearly in evidence. “It was nice to see that the educational aspect of the agriculture exhibits, 4-H programs and livestock shows. They were more interactive, like when they teach sheep shearing. We increased those activities this year.
He added that the equestrian components of the programs “continue strongly and attract their own following. We saw an attendance increases for the horse shows and attendance for the classes in the horse area.”

Turns out the Heart in of the” Agriculture is the Heart of the Fair” tagline is a big enough to encompass crafts, folk-art, folklore and all kinds of Americana. The fair’s newly renovated 2,000-square-foot exhibition space —the Richards Building, featured an array of attractions, demonstrations and entertainment, including “photography and art exhibits, home crafts, quilt and printing making. We cater to the family and country living. We had woodworking and wood carving, a model train exhibit, baking contests and a history of the fair exhibit, which showed how the fair has grown over 75 or 80 years. The renovation was done really well and it’s all free entertainment. It’s a much nice space for families, with huge ceiling fans, ever comfortable.”

Like all fairs in the state of New Jersey, the New Jersey State Fair had to cope with more severe animal exhibition regulations that went into effect in 2019. Nosey’s Law bans all exhibits of exotic animals in the state. The new law impacted the petting zoo by Commerford & Sons at the fair. “They changed their presentation to showcase domestic animals. They were allowed to exhibit miniature lamas along with the goats and sheep, but they couldn’t bring the elephant or the giraffe. That was the place where we felt the restriction the most, we hadn’t booked any exotic animal acts so there was nothing we had to replace. The petting zoo attracted a very good crowd, it’s one of the reasons people come out to the fair.”

A new interactive attraction for 2019 was the Power Racing Series, which Mitchell explained is a program geared to local high school and college students. Participants construct their own electric go-carts and compete. The first show was a competition and demonstration and next year the hope is the word will spread and schools and other organizations will have groups of teenagers and young adults competing. “There were a lot of discussions back and forth, and we want them to come back. It was popular, which was a very good sign. We are going to promote in better next year. It really all fell together about a month before the fair.”

Reithoffer Shows Midway
The 45-ride midway by Reithoffer Shows in 2019 was the first year of a new 10-year contract between the Carnival Company and New Jersey State Fair. The company has been providing the midway at this fair for about a quarter century, said Rick Reithoffer. “Kevin did a very good job and this is a first class event. Whenever I come here I can’t believe I'm still in New Jersey, because what I know most is I-80 and the Turnpike, and all the industry around Newark. But here it is way up north in the mountains. We see deer and bear on the lot in the morning. It’s a beautiful setting.”
He added, “people really turned out this year. We had one of our best years, if it wasn’t a record, it was close to the record. I think because New Jersey and the area is so urbanized that people love coming to an old fashioned country fair. They have the biggest agriculture footprint of any other fair in New Jersey.”

Nearly half – 20 rides – of the midway were devoted to the Kiddie Land. “You get a very big baby carriage crowd. Our Kiddie Land does better here than any of our big rides. The Giant Wheel and the Musical Express do very well, but if you take the all the children rides together, they do better than the big rides. We only see that here.”

The midway was short some rides compared to last year and include no new rides thanks to a problem with the State in getting new rides approved. According to Reithoffer, four new rides had passed one inspection, but due to a backlog at the state’s Engineering Department, the ready to go rides could not be approved by the fair’s opening date.

But despite this setback, Reithoffer said “we had a very successful fair. We had a heatwave before the fair, 100 degree weather. But we got lucky with this fair, temperatures in the 80s and no rain on the weekend.”

For Mitchell, even the thunderstorm and other passing rain showers had a silver lining. “I noticed that when it rained this year, people didn’t start leaving the fair. A lot of people stayed at the fair, you could see them spending more on food and waiting at the fair for the rain to pass.”