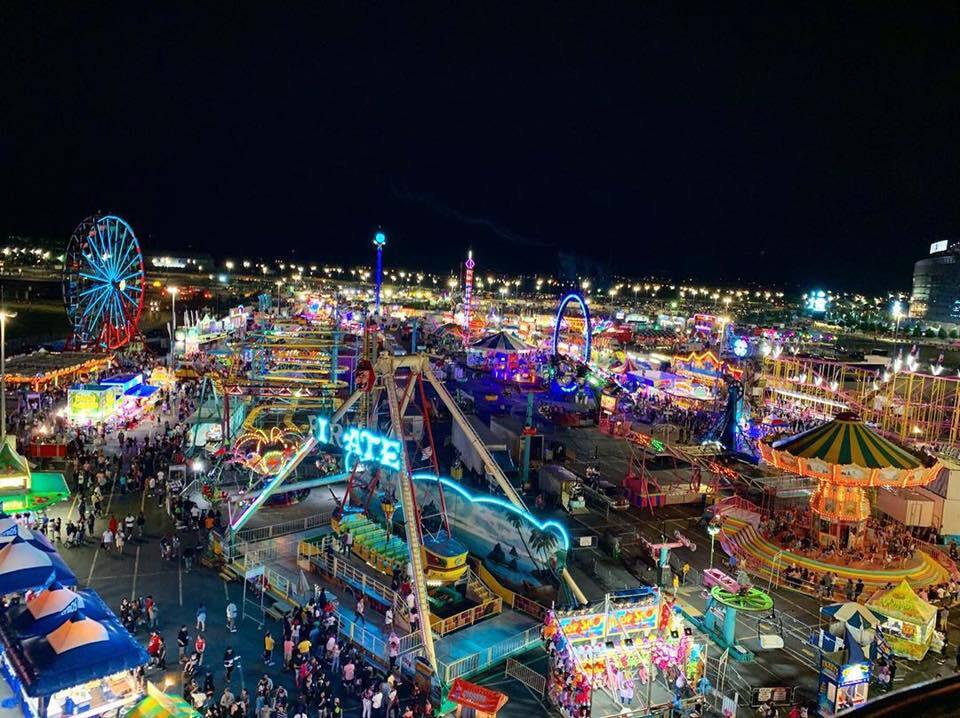 Expanded Run Scheduled for 2021
The fair will add another weekend, running June 18- July 11.

On March 11, Al Dorso of State Fair Event Management was finally able to breathe a sigh of relief.  That's when he was notified that New Jersey governor Phil Murphy approved State Fair Meadowlands, giving a greenlight to the 2021 fair.

A year ago, the scenario was quite different and the conclusion far more dire.  The largest fair in the country's most densely populated state, the State Fair Meadowlands had developed a plan that was on the verge of approval.

New Jersey is right across the river from the 2020 epicenter of the U.S. outbreak, New York. With the death toll and infection rates soaring, the state implemented some of the most restrictive lockdown measures in the country.  But since the ever-popular amusement parks along Jersey Shore were allowed to open on a limited basis – 25 percent capacity as well as other restrictions – Dorso was optimistic that this North Jersey tradition would take place.

“Last year, all the elements of the fair were approved,” he said. “We even moved the dates of the fair to August, but at the last minute, the governor's office deemed it inappropriate to hold a state fair.”

With the steady rollout of vaccines and easing of restrictions – and after a long process of plan development that included seemingly countless Zoom meeting hours and rounds of approvals from county officials and MetLife Stadium, the fair's landlord, the governor finally made it official, this year will not be a 2020 repeat.

“Last year, everyone was concerned where this thing was going,” he said.  “Now, we all know how to keep people safe. They understand the size and scope of the fair and wanted to see it happen. We're good to go.  The feeling is that by the end of May, nearly everybody who wants a vaccine is going to have one.  Everyone wants to get back out and do business.” 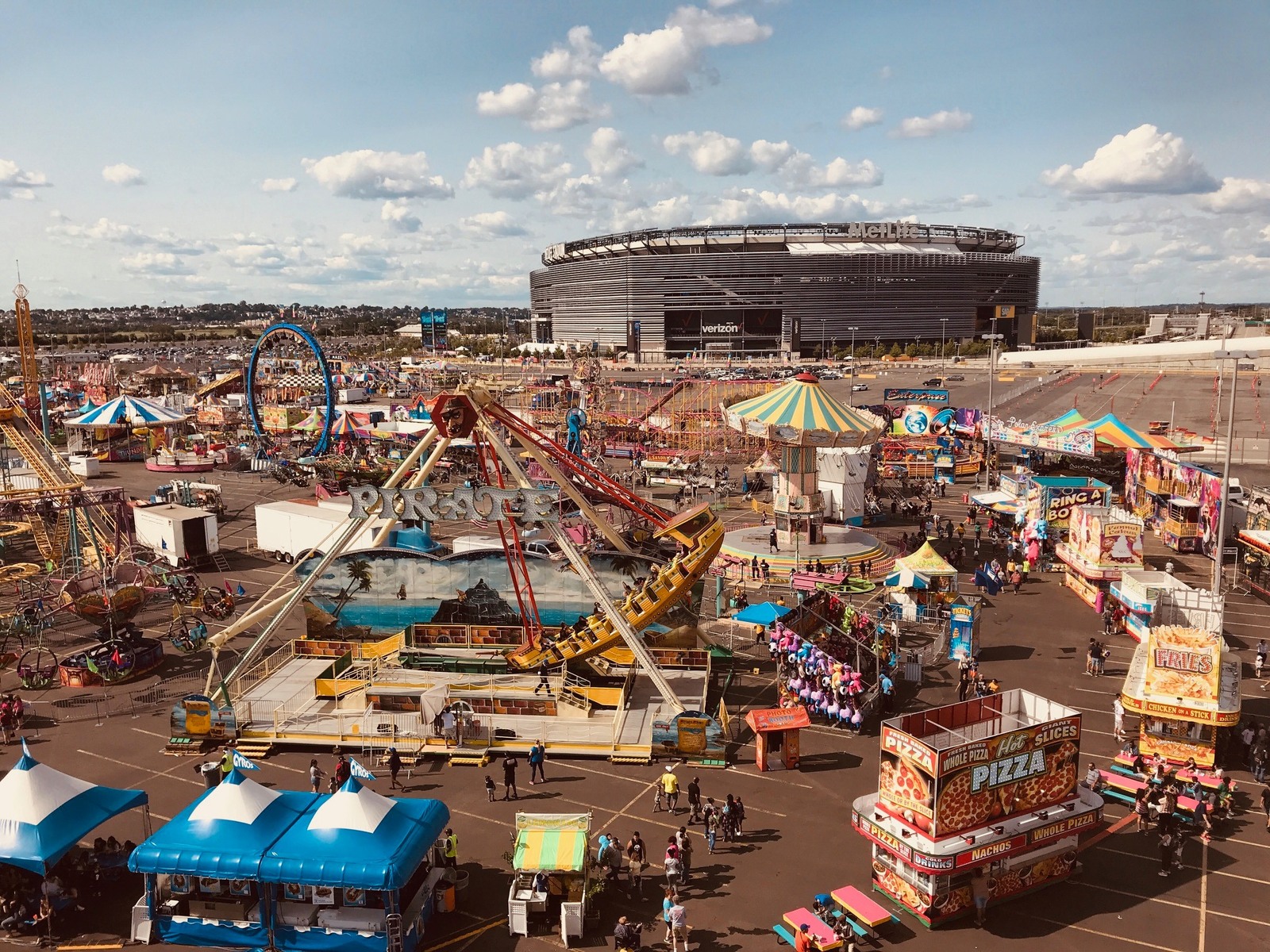 Just as the living conditions under the pandemic lockdown have changed from a year ago, by the summer they will be even more conducive to fair success.  “If someone is still pondering whether they should have a fair or not, it's time to pull the trigger and just to do it, because if they don't they'll be missing a once in a lifetime opportunity. People have been at home for a year, there's pent up demand. They're dying for entertainment.”

And in New Jersey, entertainment they'll get, with an additional week of fair. The State Fair Meadowlands runs June 18 – July 11, giving fairgoers a 24-day instead of 18-day fair. The extra days – which may or not become an annual tradition – was a way to “hedge our bets,” said Dorso.

Like most businesses – especially the beaches and amusement parks – in New Jersey, capacity restrictions will be in place at the Meadowlands, although the specific capacity is still to be determined, Dorso is working under the assumption of 50-60 percent restriction.  “The extra days helps us spread out capacity by adding some hours and days. It will make it easier to handle.”

Everything about the fair has to be re-thought. The event is held in the vast parking lot of this home of two football teams (Giants/Jets), but the layout and programming needs to be modified for the pandemic edition. In order to accommodate all the social distancing requirements, especially queue line formation and direction, the footprint of the midway will need to expand by about 15 percent.  However, the number of rides will be reduced to about 65 – in 2019, the fair hosted 73 rides.

The exact ride-by-ride content – as well as the ride companies – is now being determined. An “independent midway,” the fair often contracts with at least half a dozen ride companies each year. But with most ride companies only now emerging from their pandemic-enforced sequestrations, the exact makeup of the midway is currently a moving target.

“The shows that are coming up here are traveling with less equipment,” he said. “There are also some labor problems with H2B shortages and the difficulty of finding American carnival workers. When they went into hibernation, they may have worked on a lot of equipment in their winter quarters, but there have been equipment problems. You can't go a year without running the equipment and not have some problems.”

State Fair Meadowlands' two main midway providers – Amusements of America and James E. Strates Shows – who accounted for 47 rides in 2019 – will remain, but for the other approximately 25 rides, negotiations are ongoing. “We trust those two families, they're good fair families. We've worked together for years. With the ride companies, we've been talking to them constantly once a month for the past six months.” 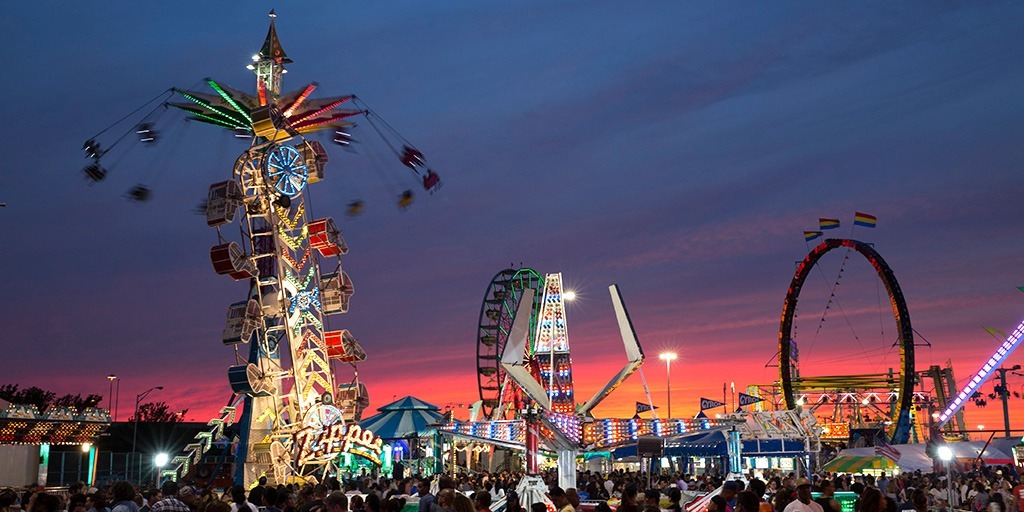 With the fair given the gubernatorial green light – and most carnival companies having emerged from lockdown ready to work, even if somewhat hamstrung by disrupted routing and workfoce shortages – those discussions have went from hypothetical to the concrete. The midway is the centerpiece of most fairs, and Dorso is cognizant that ensuring their health and wellbeing is crucial to the reopening of the fair industry in 2021.

“I care about the carnival business and if these companies stay closed down for another summer, that's one more nail in the coffin,” he said. “These guys need to operate, but they're resilient.”

Nearly every aspect of the fair has to be reimagined, from layouts to ticketing. In order to reduce touch-points, the fair will switch to only online sales, with all tickets including unlimited rides being sold online. Coming up with the price points for the tickets is an ongoing discussion, although as of now food vendors will handle their own transactions, likely offering both credit card purchases and cash transactions.

The fair's entertainment content is also currently being finalized. The trickiest aspect is crowd flow. “The shows will be less structured, so people can stand and watch the show. There will probably be more shows, but shorter shows, so no more than 15- 20 people are there at once and they aren't crowded.”

Talent buying is proving to be an even slipperier slope. It's not as simple as re-booking all the 2020 acts. “We need to spread out the fair, so not all the entertainment may be suitable. Some are simply not available. We are thinking of adding more entertainment, not cutting back, but now with the extra days, not everyone can commit to the 24 days. That might not be such a bad thing, because we can have different acts in the last half of the fair than the first half, which can create more of a buzz.”

One act definitely returning will be Rosaire's Royal Racers. “They are unbelievably unpopular, the best racing pig show in the fair industry.” 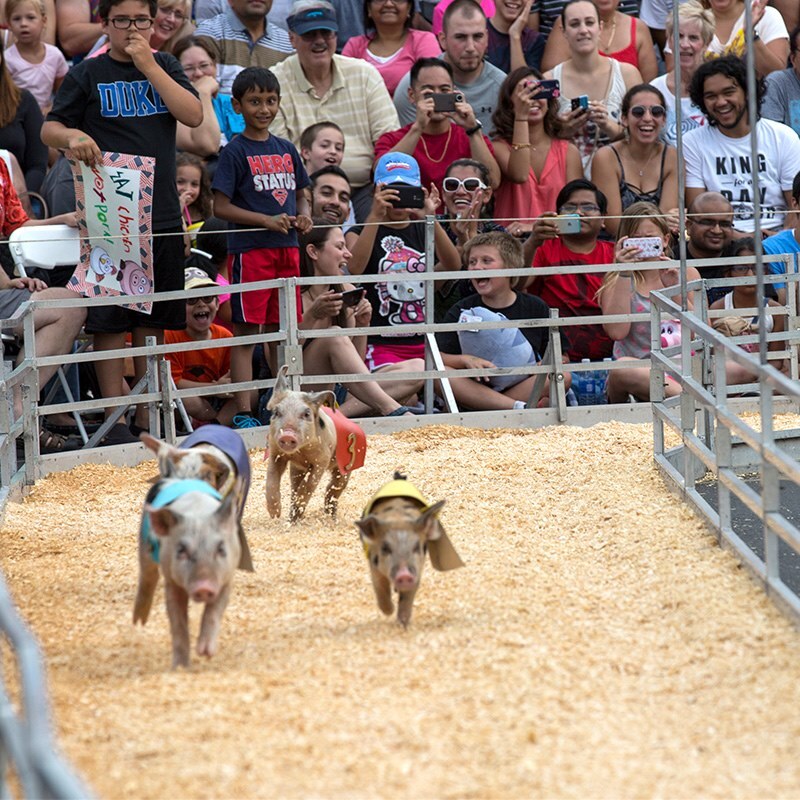 By any measure, it will be a hectic spring for Dorso and his team – and they will be gearing up for the fair short-handed. The fair furloughed 30 in-house marketing and management employees. The marketing has been scaled back, with a bigger emphasis on public relations and social media. “We will be spending much less on print and radio. We will still keep our budget for billboards, but no bus backs or train station or in-store advertising. “You have to advertise where the people are, and they're not there.”

In spite of the scaled back marketing for the fair, Dorso is confident that the pent up demand that has been boiling during the lockdown year will overflow through the admission gates come fair time. His company  did produce two drive-thru events for Halloween and Christmas. For the Christmas mini-fair, people were able to visit a holiday village  that included four rides, a petting zoo and fire pits, or as Dorso describes it “family stuff.  When given the option, people got out of their cars and walked around.  They wore masks and socially distanced.  It went over great, the turnout was higher than we ever expected.”

The fair will add another weekend, running June 18- July 11.