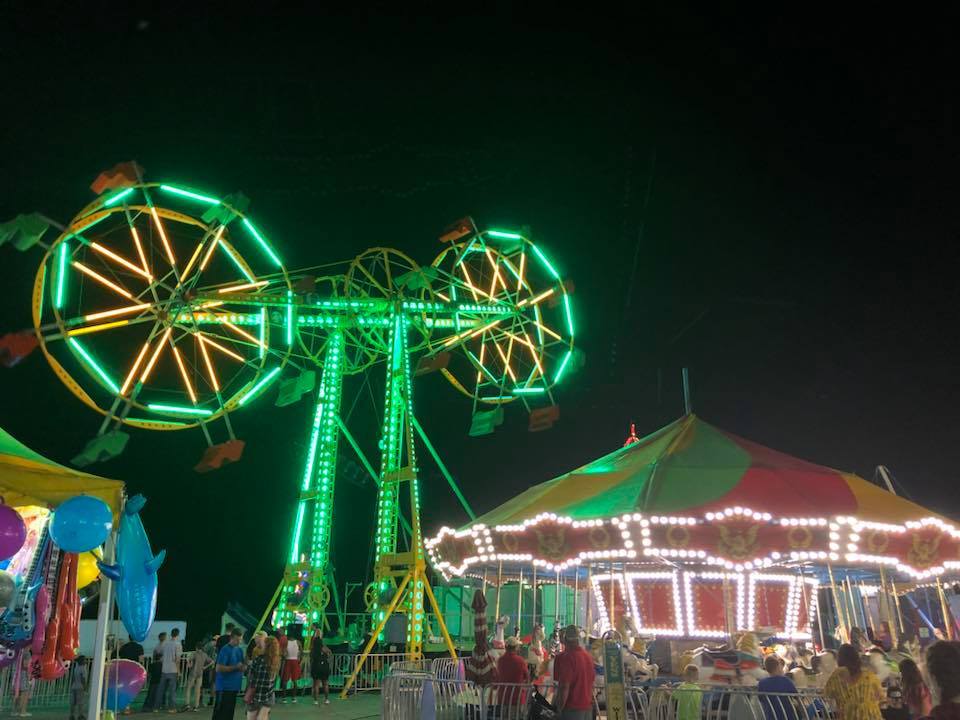 A family-owned, Arkansas-based carnival company has been named the new contractor for the Illinois State Fair, effective for the 2021 fair.  Miller Spectacular Shows, a family owned and operated carnival based out of Greenbrier, Arkansas, was finally awarded the contract, beating out NAME (North American Midway Entertainment), who has held the contract since the mid 90s, originally played by Blomsness-Thebault until NAME was formed in 2004.

When asked what his company will bring to the Illinois State Fair, Miller replied family & tradition. “Fairs are about family and we’re a family owned carnival company. When dealing with the public, everybody gives a personal touch to everything we do on the midway. I think people want to get that personal feeling when they come to the fairs.”

But he also brings an expertise in the Illinois market, having been the carnival company at the other, smaller state fair, the DuQuoin State Fair, as well as a host of smaller county fairs and other events. It also seems that this will be the first time that both Illinois “State” Fairs will have the same midway provider.

The two fairs – more than 150 miles apart – are two distinct markets. The DuQuoin State Fair is a more rural event, celebrating the heritage and culture of Southern Illinois and its surrounding farming community. According to its website, the fair attracts about 300,000 people per year to the 11-day event.

According to Miller, “the DuQuoin State Fair has been growing. We’ve been with them nearly 20 years.”

But the Illinois State Fair is by far the largest fair and itself has been on a growth streak. Last year, the fair attracted 509,000, an increase of 37 percent over 2018, a down year for the fair. “It’s a more urban market,” said Miller.  The Illinois State Fair ranked as the 36th highest attended fair in North America on Carnival Warehouse's 2019 Top 50 Fairs ranking.

The Illinois State Fair contract calls for a minimum of 40 rides, with “at least 8 of these rides must be spectacular rides,” which is about the same footprint the company brings to DuQuoin. But the upstate fair features a special children’s area – Adventure Village – which shall “consist of no less than seven children’s rides.”

In addition, the contract calls for an unspecified number of Miller food and game concessions, not to exceed 1,100 feet. For Adventure Village, the contract mandates “at least one Novelty Sales Booth, one food concessions and 10-12 children’s skill games.

Having to populate what is essentially two separate midways will not be an issue for the new midway provider. For the past three years, Miller Spectacular has segregated its rides by age, keeping the family and children’s rides away from the adult, spectacular rides.

“We’ve isolated the family and kids rides from all the teenagers and the large rides,” said Miller. “Keeping the Kiddie Land separate makes the parents more comfortable. With the spectacular rides, there can be a mad dash by teenagers on the main midway, and you want to keep them away from the families with the smaller kids.”

In Springfield, there will still be a younger section in the main midway, mainly populated by the larger family rides as well as the separate children’s section across the fairgrounds. “The advantage of Adventure Village is that it allows us to create a special Kiddie Land. We’re very excited about that. If you keep the little kids away from the teenagers and young adults, the parents are more comfortable. If they’re more comfortable, the parents are tempted to stay longer and if they’re able to stay longer that’s better for everybody, because as they say time is money.”

Illinois State Fair fairgoers will be treated to a newly refurbished Sky Wheel, an X-Scream, which Miller claims is the only one of its kind in the world, and an Eclipse, which is the only one in North America, as well as a Mega Bounce, Tilt-A-Whirl, Mulligan Giant Wheel and Super Shot.

As the final layout is designed, Miller expects that some subcontractors might be brought into to round out the ride selection. In addition, with now back-to-back large scale fairs in the Land of Lincoln, some of the smaller events the company has played will probably be taken up by other companies and he’s currently working out those arrangements. The challenge of course is that with the COVID-19 pandemic essentially shutting down the fair industry, finalizing plans for 2021 has been problematic to say the least.

The upstart Arkansas midway provider also has some big shoes to fill. NAME, the largest midway provider in North America, has been with the Illinois State Fair for a number of years. The fair is coming off a record year, with its highest attendance since 2014.

Governor JB Pritzker said of the 2019 fair, “this year’s fair took an already wonderful event to new heights, breaking records at the grandstand and bringing Illinoisans from all across the state together to celebrate everything that makes Illinois so special.”

“We were at the Illinois State Fair for many years, and feel they were part of the family and like any family member, we’re sorry to see them go,” said Scooter Korek, Vice President of Client Services, NAME. “We had a great run and we wish them the best of luck.”
Last year, the contract NAME expired, and per the State of Illinois Procurement Code, these services were subject to an open bid process. According to a spokesperson for the fair, initially six vendors competed, although only two final bids –  NAME and Miller Spectacular Shows were considered.

The bid actually went out pre-pandemic, so COVID-19 and CDC guidelines were not factored into the proposal.

“All potential contractors were required to bid on the same criteria set forth in the bid proposal,” said an Illinois State Fair spokesperson. “The winning vendor was selected based upon potential revenues received by the ISF.”

A 5th generation family business. Miller Spectacular Shows has grown over the last decade, operating two units and with an arsenal of more than 55 rides. Freddy, along with his wife, Patsy, and their sons Trey and Drew, play fairs, festivals and other events in Arkansas, Missouri, Texas, Illinois, and Kentucky.