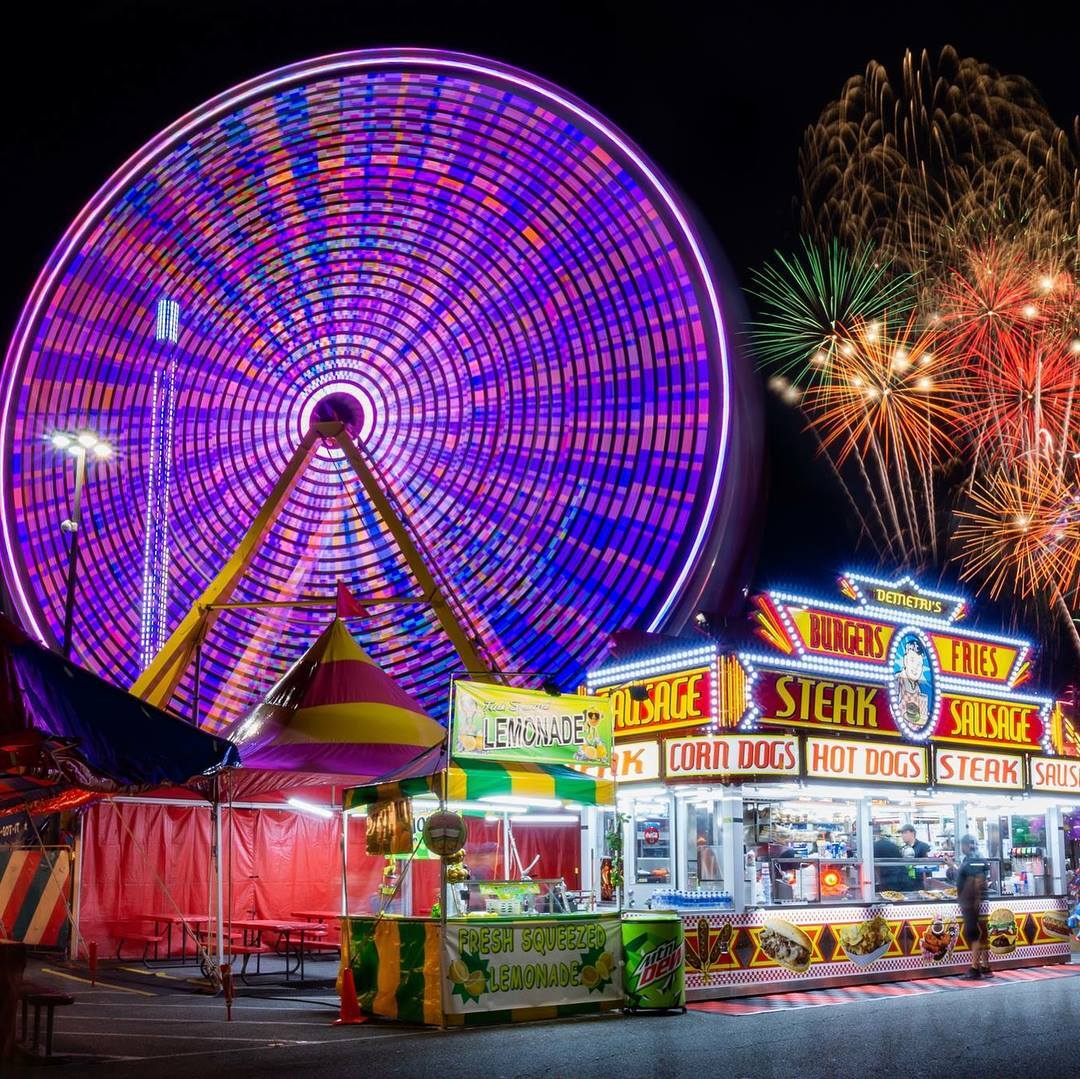 The Delaware State Fair looks to rebound in 2021
While the fair took place in 2020 with many restrictions, the authorities expect the 2021 fair to resemble a greater sense of normalcy.

Similar to other states, the upper-mid-Atlantic region that includes Delaware, Maryland and West Virginia have their state fairs greenlit. But for some fairs, even when that go ahead came in time to thoroughly set in motion the fair planning juggernaut, governments and departments of health could not approve summer capacity restrictions.

Fairs in August and September could delay planning and those extra weeks now seem crucial. Fairs in July, were not so lucky and had to be more cautious when implementing initial planning for the 2021 fair.

The Delaware State Fair – July 22-31 – one of the largest fairs not to cancel in 2021 – had to scale back its entertainment offerings because a full capacity grandstand could not be approved in time. The fair's midway layout, social distancing and other protocols became models cited by many fair managers as they drew up their own pandemic plans either to avoid cancellation or to open a rescheduled fair.

The 2020 Delaware State Fair opened without a grandstand – of course most of the 2020 tours had cancelled anyway – and the assumption was that the shows would rollover into 2021. But, presenting mega stars like Sam Hunt, TobyMac, Tedeschi Trucks Band, I Love the 90's Tour and Hank Williams Jr. is not affordable unless capacity was 100 percent.

In order to comply with COVID-19 social-distancing requirements allowed by the Delaware Department of Public Health, the M&T Bank Grandstand could only be at 50 percent capacity. The fair adapted a pod-seating system and eliminated all PIT and VIP areas.

Some of the 2021 headliners were actually booked as opening acts for the bigger names. “We had to renegotiate the contracts, but it was just not financially feasible for the big artists,” said Danny Aguilar Assistant General Manager. “It's better than last year, when we had the financial loss from cancelling all of the 2020 shows.”
Although the star-power may have lost wattage, other key areas of the fair will be a lot closer to 2019 than the 2020 fair. According to Aguilar, the fair sliced the marketing budget for 2020 by half, funds that will be restored for the 2021 event. “We didn't expand our full advertising budget, so this year the expenditure mirrors 2019 spending. There will be some content changes, because last year we had to market that the fair itself was going on and what the rules will be. We will continue to expand our digital media, because we were getting immediate feedback, but we continue to love a lot of the traditional media forms, like our TV spots.”

He added, “I have a very optimistic outlook. We have been given more direction, and the state is getting closer to normalcy. Everyone's excited to be able to go to live events. Fairs are the best form of family entertainment there is, which is why the fair industry is what it is today.” 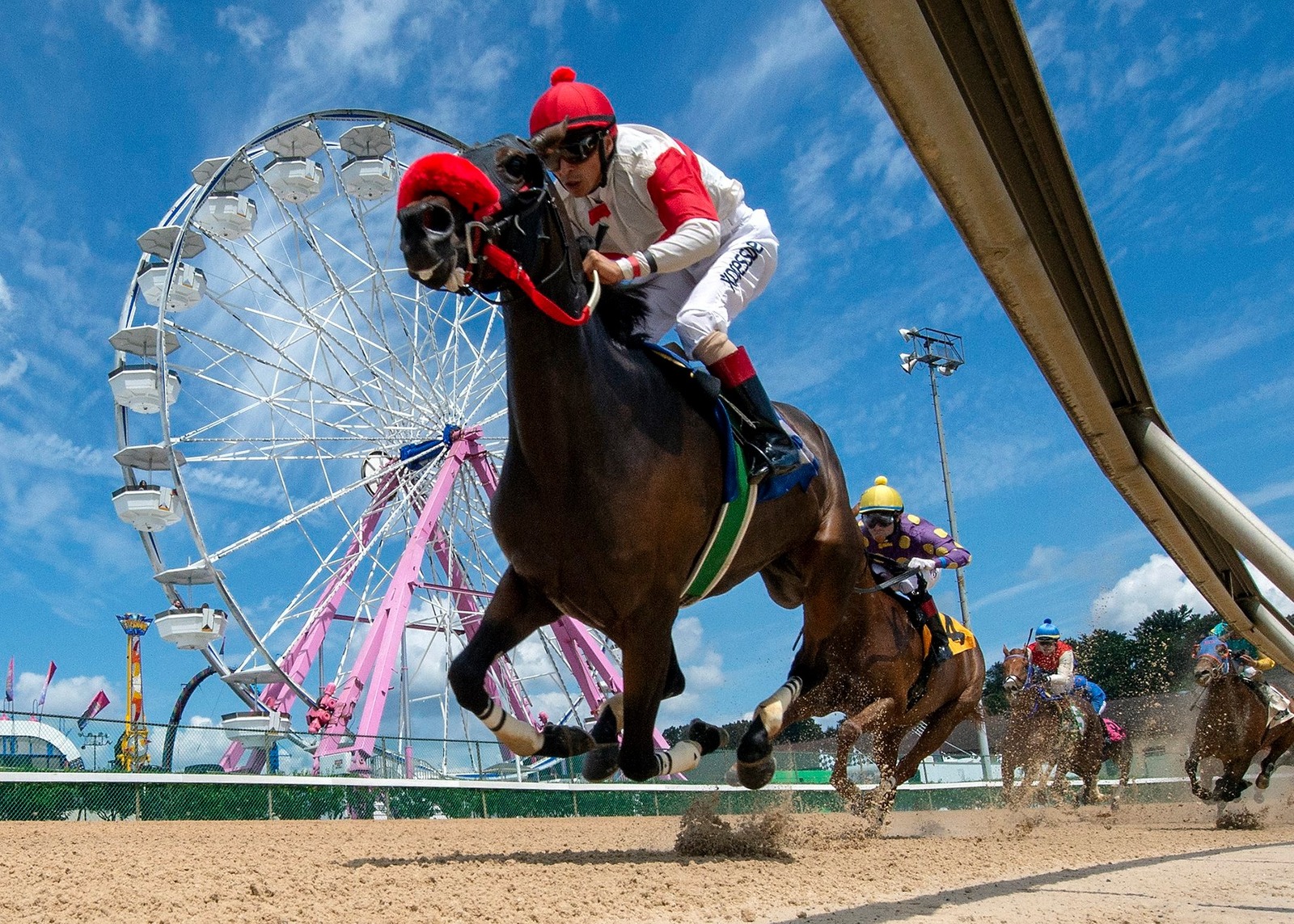 When the pandemic hit, the Maryland State Fairgrounds was immediately utilized as a crucial COVID response, expanding into a mass testing and vaccination site by March of 2021. This necessitated the use of the entire complex, resulting in all events being cancelled. Unlike other fairgrounds, Maryland has had no experience in hosting a pandemic era event, with accompanying protocols that have become commonplace for other facilities, giving them the opportunity to implement and develop plans.

Although it had been assumed that the 2021 fair would not a repeat of the 2020 virtual fair, it was not until May that Andy Cashman, General Manager, Maryland State Fair & Agricultural Society said “We've been given a green light,”. “I feel pretty confident telling people we'll be at 100 percent capacity.”

Cashman has set a July 1st deadline for ticket sales for the August 26 - September 6 event, meaning that fair planning has become a Fast & Furious scenario. The fair has already issued an event calendar for 4H and FFA and other ag-related programming, but the contracts for vendors and entertainment were still being finalized.

“We are working on all those contracts, I think most will rollover and we have new people lining up,” he said. “We are preparing for a full fair, but it wasn't until we got the greenlight were we able to get all our ducks in a row.”

As the details coalesce in this brief window, Cashman is also working with the fair's ad agency to develop an effective marketing timeline. “We did not cut down on the advertising budget, we are doing a lot of social media, more than anything. But we will be doing more TV and radio, and will still target the same person, mothers and ladies of the house who make the family's buying decisions.”

What he will be looking to learn from the fairs that have opened so far? “I'm watching how they are handling masks, and how people are cooperating.  Also, what kind of attendance are they having?  The Florida fairs had great attendance. People want normalcy back in their lives.”

He added, “I'm looking forward to seeing the kids having fun the most.” 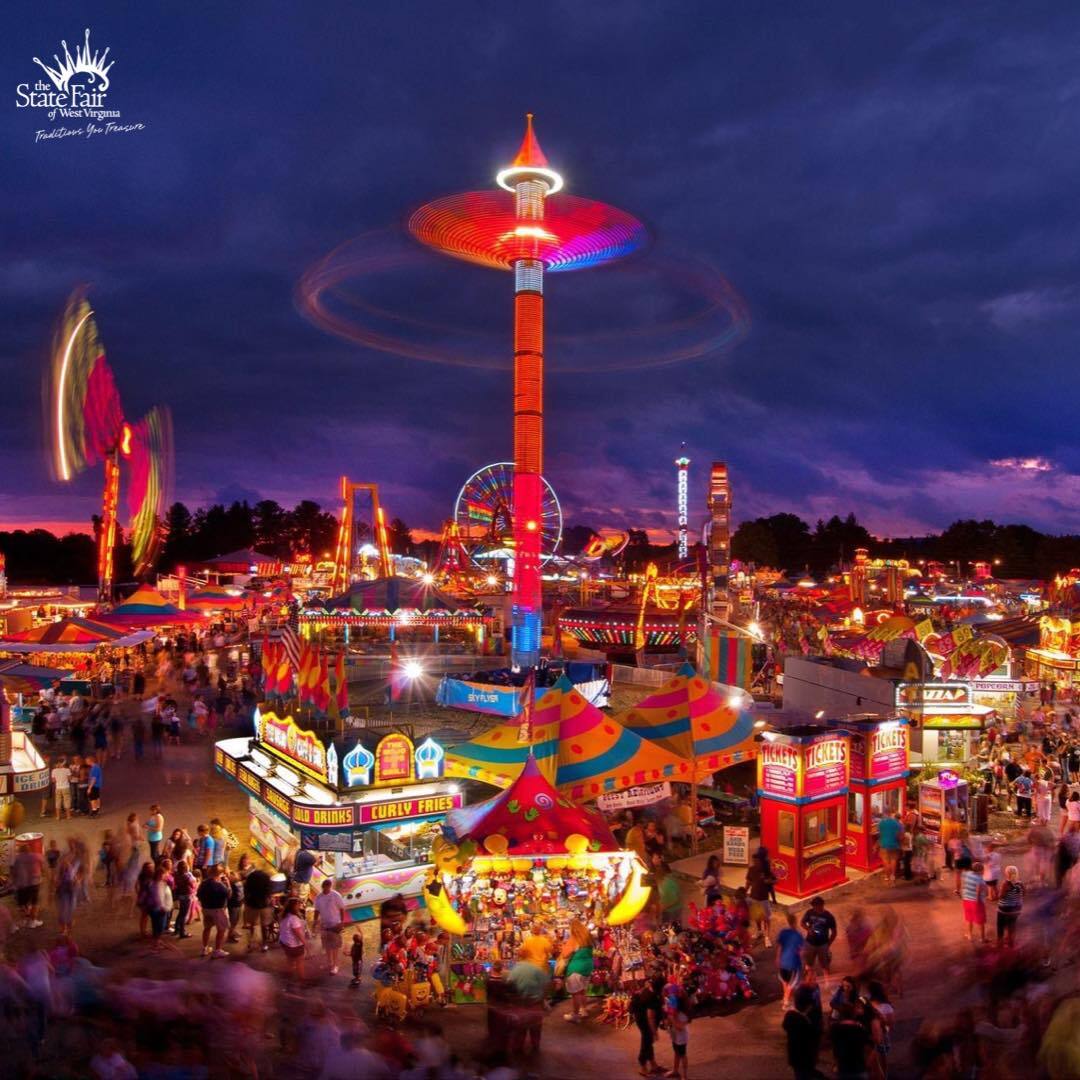 According to Kelly Collins, Chief Executive Officer, State Fair of West Virginia, the fair will be at 100 percent capacity. It was never a question of not having a fair, but now the fair was able to announce a lineup that that includes Nelly, Whiskey Myers, KING & COUNTRY, Brantley Gilbert and rock stalwarts, STYX. The fair closes with the Buckin'B Bull Ride Rodeo, which was a West Virginia State Fair Staple until 2019, when the fair decided to do away with the rodeo. Reportedly, the public outcry was so critical that the fair responded to popular demand and the rodeo is back.

“One or two shows we weren't able to rollover,” she said. “But most were able to re-route to play here. There will be no harness racing this year.”

The grandstand did undergo a makeover during the coronavirus fair hiatus. “In 2020, we had to turn out the stage,” said Collins. “A structural engineer said it was worth tearing down and renting a portable stage, which will gain 800 seats.”

The fair had laid off staff, in addition to loss of revenue. The handful of events, such as a Drive-Thru Christmas Light Display, had a solid following, but “they tended to market themselves. To market this year's fair, we need more than a marketing campaign. You need a public relations campaign. People want to know how are you keeping me and my community safe.”

The Delaware State Fair looks to rebound in 2021

While the fair took place in 2020 with many restrictions, the authorities expect the 2021 fair to resemble a greater sense of normalcy.