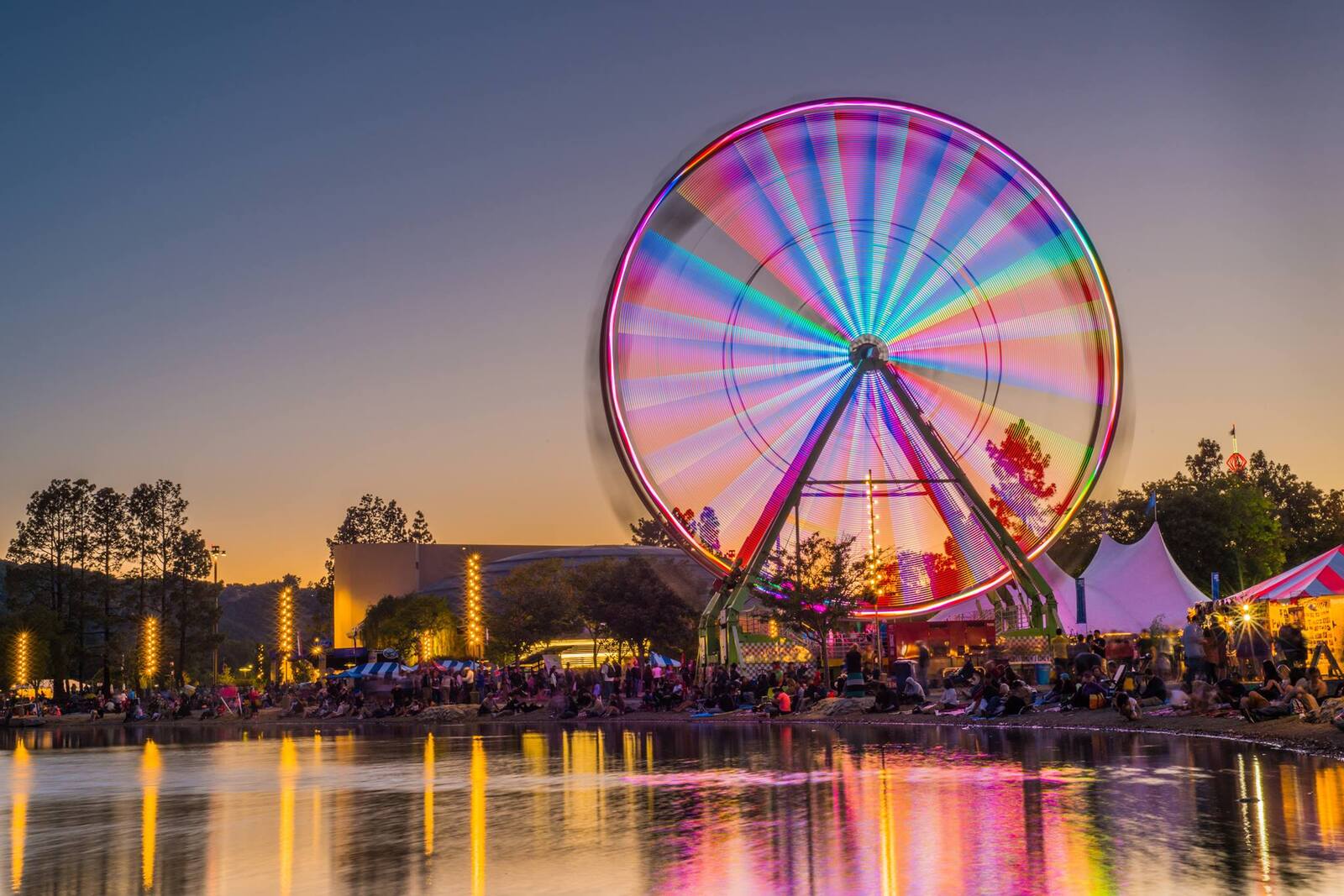 It's baaack – or it's about to be — at last. According to the Marin County Department of Cultural Events, plans are being made to bring back the Marin County Fair in 2022, after two years of cancellations for the event.

The first in-person County Fair since the summer of 2019 will feature the theme  “So Happy Together,” and will unfold from June 30 through July 4, 2022. The event will be outdoors only, director of cultural services Gabriella Calicchio relates. “We're planning an outdoor-only fair in 2022 and look forward to returning to a full indoor/outdoor fair in 2023.”

The fair had been planning its return before the news of the omicron variant broke in late November; having an outdoor-only event made sense for the event considering there have been two years of cancellations due to the pandemic and California's stringent health and safety concerns.

“That is exactly why we planned for this to be a phased-in approach and have an outdoor-only affair in 2022,” Calicchio explains. She notes that the fair has been in close communication with Marin County's public health officer, Dr. Matt Willis, who adds “even though it's six months away, with all the uncertainties before us, making the decision now for an outdoor fair allows them to move forward with the planning.”

At this point, Calicchio isn't sure whether the number of attendees will be limited or offered timed admission, or if those attending will be required to wear masks and/or show proof of vaccination or negative COVID-19 testing.

Presently, state regulations on outdoor events of 10,000 people or more require proof of vaccination or a negative test from attendees, along with their identification for those age 18 and older. Past years have seen an attendance of around 30,000 guests daily at the fair. 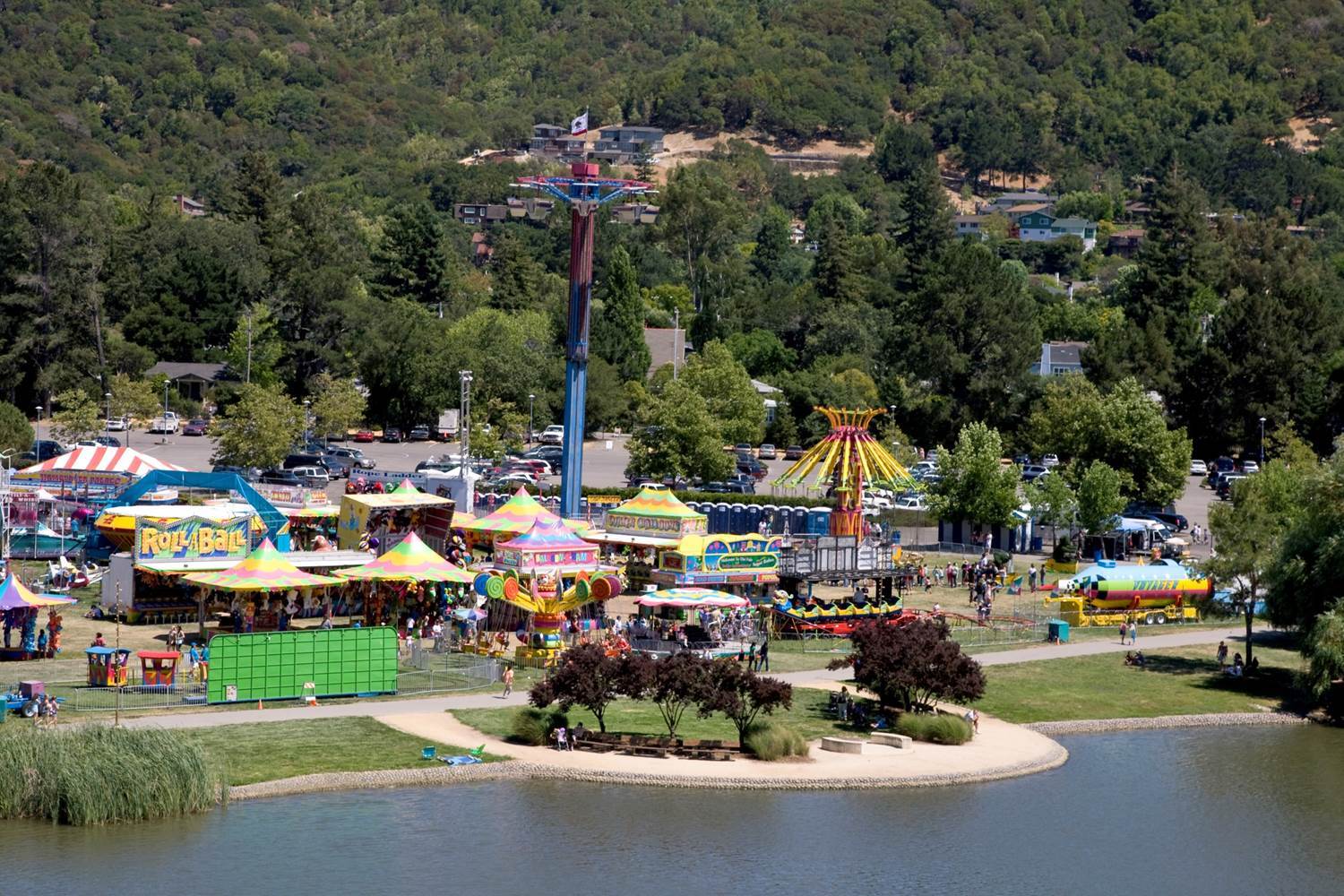 While entertainment and outdoor exhibits are being planned, Calicchio explains that the determination as to whether the fair will include an agricultural area has yet to be made. “We are hoping to have a petting zoo and maybe the pig races, which are hugely popular.”

Fireworks are also still under consideration, with some asking for a drone show rather than fireworks, as it is more environmentally friendly. However, a drone show is considerably more expensive, she says. Despite increased costs, drone shows are becoming a more popular alternative to fireworks.

Headline music acts will be announced at the time of Spring ticket sales; musical events will be free with the cost of fair admission. There will be traditional strolling performers such as jugglers and stilt walkers at the event. Additionally, fairgoers will find carnival games, fun food, and rides provided by the fair's long-time midway provider: Butler Amusements.

“From March of 2020 to April of 2021 the ride, game and fleet portion of our company was forced to temporarily halt all operations,” Andrea Stillwell, Butler's marketing director says. “We are grateful that the State of California was able to roll out outdoor event guidelines in 2021 so that we could safely resume operations.” Nonetheless, the company has struggled, laying off some staff members and finding it difficult to rehire for some positions.

Butler has also continued to utilized more health safety precautions in its operations because of COVID-19.

“We continue to encourage social distancing, especially in ride and food lines,” she stresses. “We continue to sanitize ride touch points, game and food counters regularly, and we assist our employees in obtaining vaccinations and booster shots and facilitate regular testing.” Butler is also requiring staff members to remain masked while on the job for both their protection and that of carnival guests.

The Marin County Fair's popular and competitive exhibits program will take place online as it did in 2021 when the Summer fair went entirely virtual.

The fair has been called “the Healthiest and Greenest County Fair on Earth,” since 2008. With a solar powered carousel and stage, and a listed 92% waste diversion rate, the fair has certainly earned that title. It is smoke free and offers many healthy alternatives among its fun fair food mix.

For the 2021 Marin County Fair, while there were no in-person exhibits, online entertainment included exhibitions of Arts, Crafts, & Photography in both adult and junior divisions, a Barnyard, cartoons, clothing and textile exhibitions, and creative writing and poetry exhibits. Viewers could take in images of fireworks displays from years past and view community stage and ground act performers. 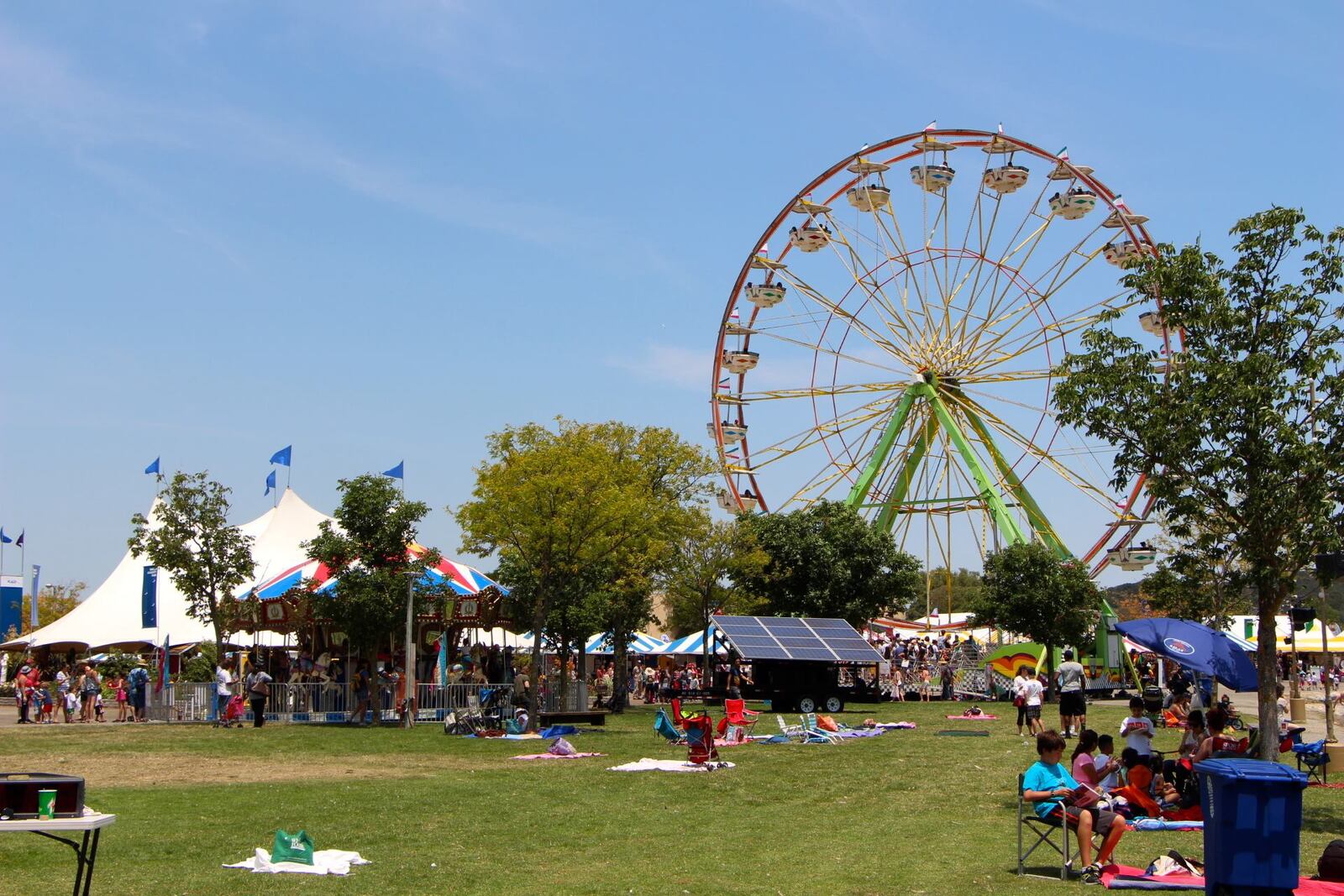 There was also a Global Marketplace with virtual booths for the fair vendors.

While the fair was online, one in-person event did take place through the fair team's efforts: a drive-through fair food event held on weekends of July 10-12 and 17-19 in the parking lot of the Veterans' Memorial Auditorium in San Rafael.

Food favorites were served up from 11 a.m. to 8 p.m. Kettle corn, giant corndogs, three flavors of funnel cake, cotton candy, candy apples, caramel apples, churros,  lemonade and strawberry lemonade were among the items that were served. Menus were posted on the fair's social media accounts on Facebook and Instagram.
Calicchio says the drive-through event was brought about “in response to our beloved fairgoers craving more than just the virtual fair experience.”

Attendees had orders taken by fair employees in the parking area and received a restaurant drive-through type of experience.

This Winter, the tradition of live events in Marin County returned with the Mill Valley Winterfest. Winterfest featured live holiday music, carols, and tree lighting as well as a giant rainbow slide, an appearance from Santa, and a variety of holiday games and activities such as cornhole and a giant Connect4 game.