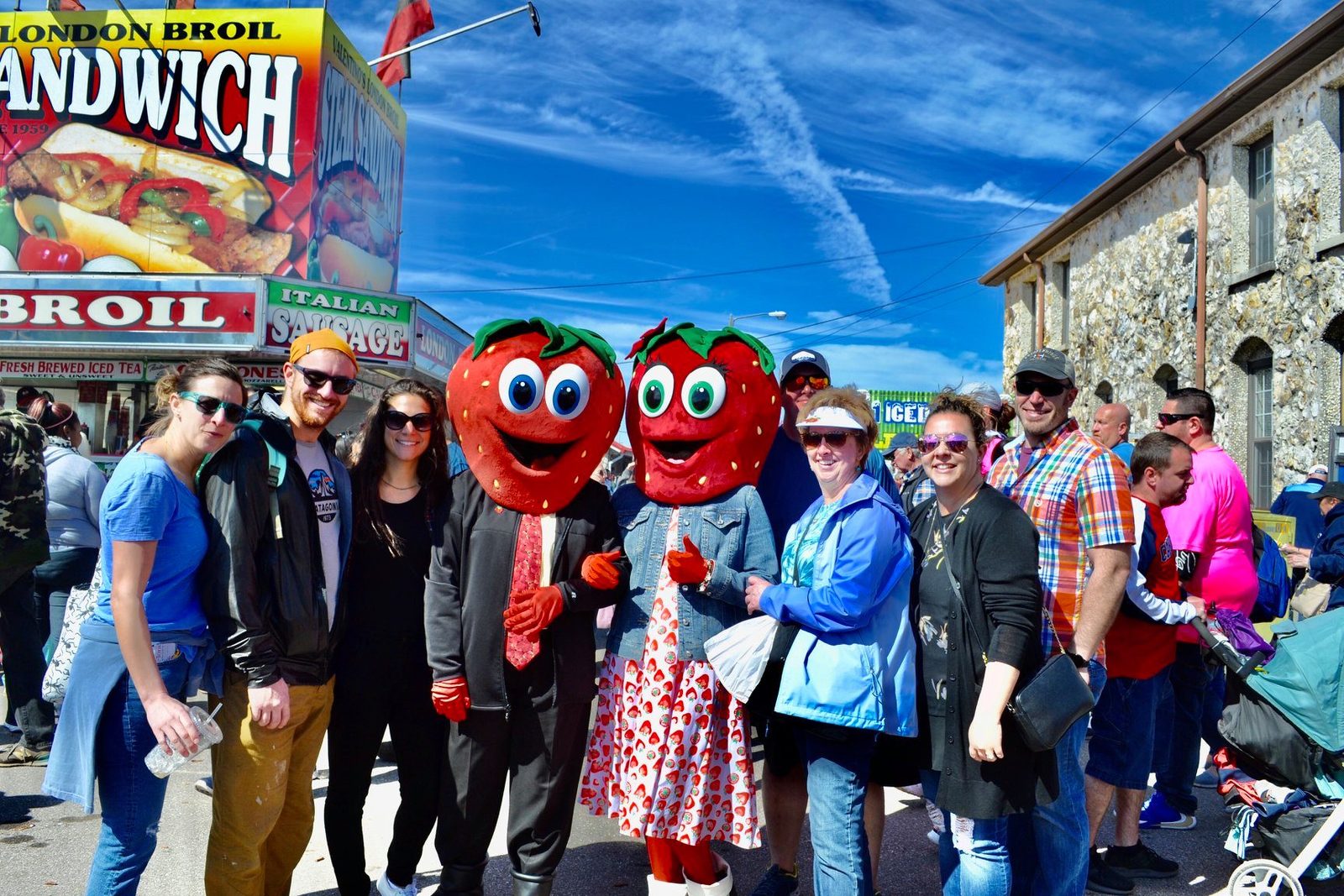 The 11-Day Florida Strawberry Festival ended March 8. It was one of the last complete fairs to be held before the COVID-19 Pandemic shutdown most businesses in America, acutely affecting the fair, festival and live event industry.

Within days of the closing day, a state of emergency was declared in Florida. Not only were the post-festival events for fair organizers, staff, supporters and volunteers – the Agricultural Banquet and Strawberry Festival Goal – cancelled, but all events on the fairgrounds were either canceled or postponed through the rest of the year.

The event might have avoided the worst effects of the crisis – unlike many fairs occurring later in the month of March that never opened or cancelled soon after opening –the beloved “Berry Fest” went on, but soon after opening it was apparent to everyone this year would be unlike other in the event’s 90-year history.  By day 4, announcements urging frequent hand washing and other precautions were being regularly issued   – warnings that soon become the new normal, but at the time were shockingly new – and the fair’s cleaning crews began washing counter tops, railings, rides and other surfaces with disinfectant every hour.

“We were in touch with the CDC and the Florida Health Department on a daily basis, and followed their guidelines,” said Paul Davis, President, Florida Strawberry Festival “The pandemic was just taking off. We have a personal doctor on site all the time and he really kept us in tune with what was happening at the state and federal level.”

Attendance – 525,254 –  was  down by 4 percent from last year – impacted by a cold snap on the earlier days – and by the pandemic. “It was a factor, people were starting to become aware of it so that kept them away. We have a lot of seniors as customers and senior day activities, but the seniors stayed away as the fair went on.”

According to  Charles Panacek of Belle City Amusements, midway provider for the Florida Strawberry Festival, the pandemic “had a negative impact on attendance. We were down this year, but last year we had a record year. The festival properly handled the situation, kept us in form and we worked together.”

By mid-Fair, the carnival company had set up handwashing stations, created signage and purchased caseloads of disinfectant wipes and other products and frequent sanitizing of the midway became the norm. The company featured 86 rides, including premiers of a new KMG 360 and Wacky Shack Fun House, “one or two new Kiddie Rides, and a new rest area,” said Panacek.

It was the Panacek’s fourth fair of the year, and even though it may have fallen short of the 2019 record Belle City Midway in Plant City, the Florida events leading up to it, including a record revenue at the Manatee County Fair. “It was turning out to be a great year, with the Florida Fairs being record years or on-par with last year. People seemed to have more money to spend this year, before the virus hit. Then we went to Sarasota County Fair  and they closed us down before they could even open.”


Fair revenue declined about 5 percent, according to Davis, which was in keeping with the attendance dip. Otherwise the pre-pandemic Florida economy had been on a steady rebound. “The spendable economy was strong,” said Davis. “People had more disposal income. The revenue was down only because we were down in attendance. People were very upbeat and spending.”

Accentuating the positive economy was a banner Strawberry year. “The strawberry industry was up,” said Davis. “It was a very good year for the Florida Strawberry Industry.  There was some issues with the California berries, something affected their crop so that increased demand for the Florida industry.”

A sign that the Florida Strawberry industry is a thriving component of the agriculture industry – which in many other parts of the country had suffered from droughts, floods and tariff wars – the  current  United States Secretary of Agriculture, Sonny Perdue, spent an entire day at the festival, including a special conference, and a wide-ranging Q&A with Strawberry growers and other Florida Strawberry Festival Stake Holders.

The titular berry of the event dominated the food selection,  including the debut of a “strawberry barbecue glaze, which they served drizzled over pork, and it was really good,” said Davis. “We also sold more than 200,000 Strawberry Shortcakes, which I believe was a record, it’s always our number one item.”

In a sign that the headline entertainment booking for the 2020 fair season seemed more positive than previous years, the Florida Strawberry Festival had a stellar lineup that include a sold-out show by Reba McEntire and near sellouts by Rascal Flatts, Patti LaBelle, Josh Turner and crowd-favorite shows by Chubby Checker & the Wildcats, The Oak Ridge Boys, and Lynyrd Skynyrd. The festival also featured a new tribute act, Ricky Nelson Remembered.
“Entertainment is still challenging,” said Davis. “It might have been a little easier. We have a lot of people who come back regular, like Reba, or the Oak Ridge Boys who play every two or three years and are great sellers, they really like our crowds. They love our facilities and our good southern hospitality.”

The entertainment budget did increase slightly, and “we got lucky with some routing. It’s very challenging. Central Florida has a lot more venues and places to play and lot of it has do with what is going on with the area. The radius clauses are very strict. If they play within 120 miles of us that shuts them out of us for three months or longer. We had to work around those more this year.”

The marketing budget for the festival was increased slightly, by 5 percent. Florida was holding a Democratic primary on March 17, so the advertising build up to the fair unfortunately coincided with the height of campaign  marketing “It absolutely made advertising more expensive, especially television, and there were fewer slots actually to advertise in.”

The festival played an online tactic in response, buying more social media advertisements and direct boosts. The year’s marketing tagline not only had an inherent, catchy focus – 2020 Perfect vision – but visually aligned itself with a more social-media heavy campaign. “I feel our marketing was very successful, we were able to target younger generations and still be more precise in our senior day activities. We were able to direct the boosts more to targeted audiences and that was successful.”

No one can plan for the unforeseen, especially something with the global scope and economic impact of the COVID-19 pandemic.  But a 4 percent overall attendance dip was sustainable and all the components of  the 2020 Florida Strawberry Festival seemed to be in sync for a successful event. “We were blessed to get in before the virus really hit,” said Davis. “We had a very, very good festival. We got 500,000 people in and out of the fairgrounds with no complaints or incidents. No question, the lord smiled on us.” 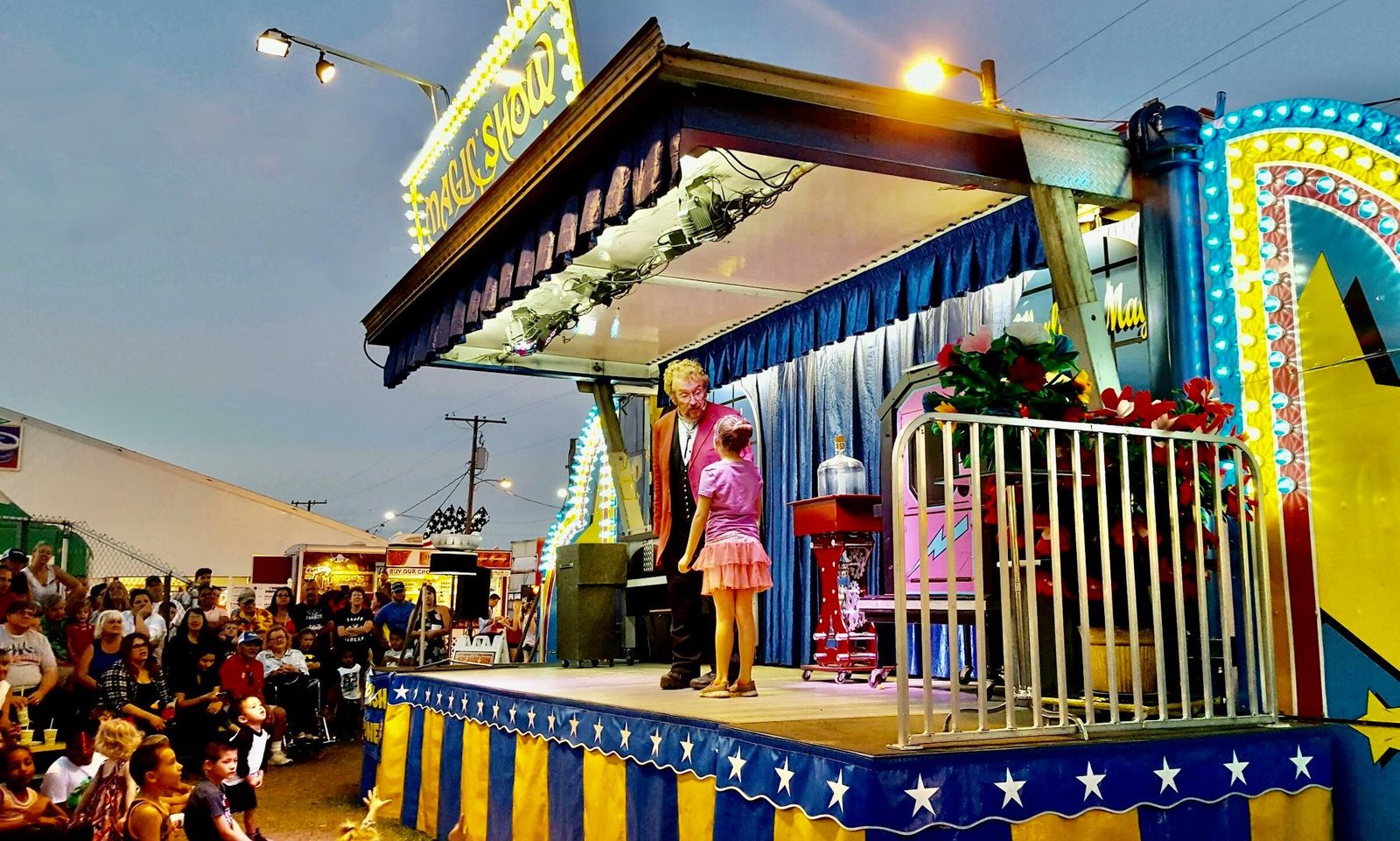