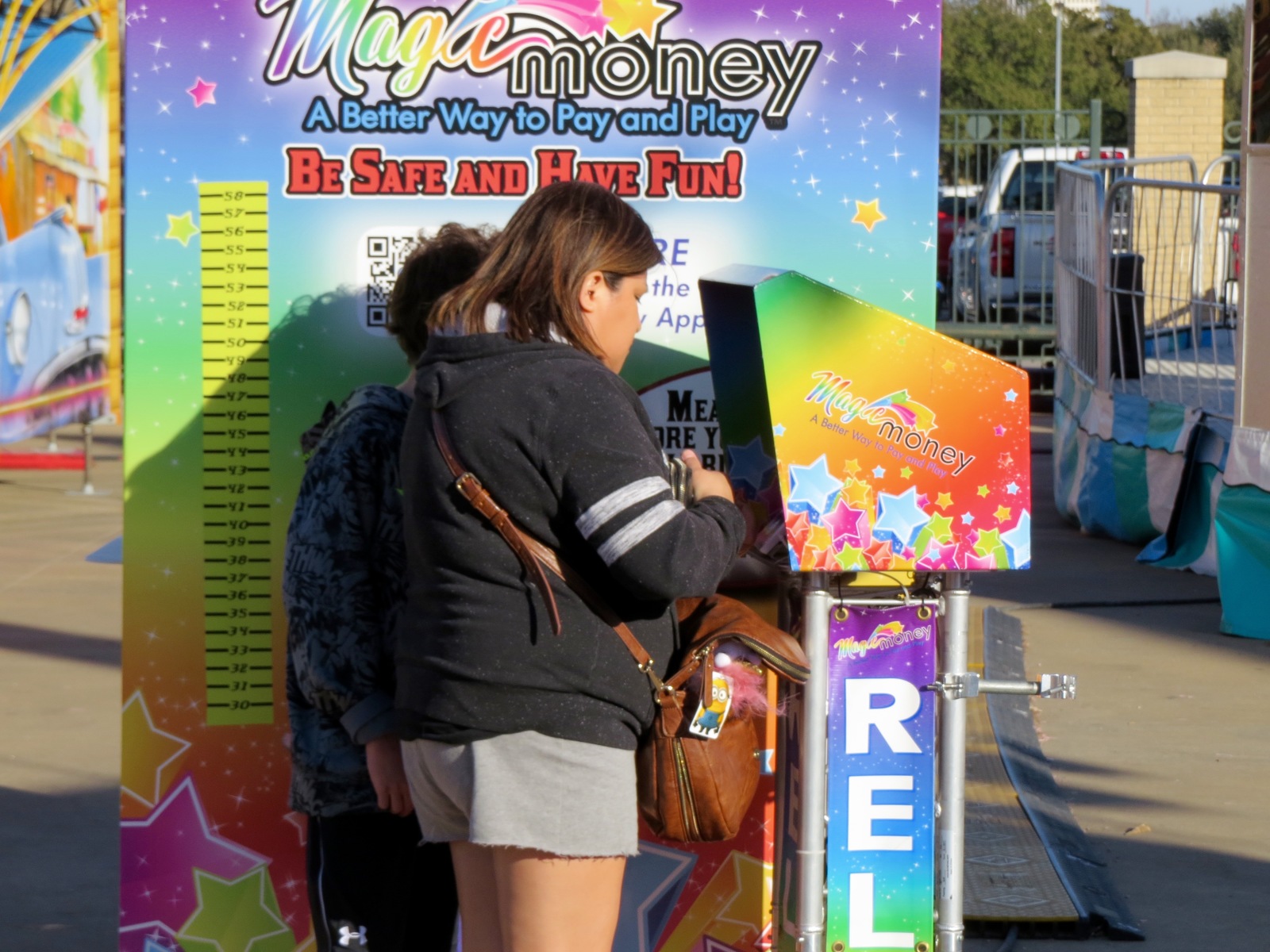 “Everybody's on their phone.”

That was Danny Brown's response when asked about moving to Magic Money's  digitaL ticketing system after years of using a token solution. Brown is a third generation carnival professional who's Arizona-based Brown's Amusements is entering its 23rd year. In 2008, Brown adopted the token system which he said has been working “pretty well”. Tokens were used For rides, games and food purchases instead of cash.

But after 11 years, with changes in technology and society, and people more comfortable with their dependency on their mobile devices, Brown decided to adopt the Magic Money system for 2020 and rolled out the system at Gold Rush Days in Wickenburg, A Z., on Feb. 14. He's among several midway companies making the transition to a digital transaction system. Among the top reasons why he selected Magic Money from the other Radio-frequency identification (RFID) companies now specializing in the fair industry are the user-friendly innovations built into the latest version of the system.

A key upgrade is the free, downloadable app for fairgoers, allowing them to reload their cards without any waiting lines, as well as use any promotions offered by the host fair. “We can run specials, give access to them through Facebook advertising, all sorts of things you can do,” Brown said. “My real goal is to keep up with our times. Everybody is staring at their phone these days.”

Going cashless – and/or tokenless – via Magic Money offers key benefits to carnival companies and fairs. The two foremost advantages are how the system streamlines the entire transaction process, saving  time, and the data collection.

Instead of weighing tickets and settling up with the fairs, a sometimes time-intensive procedure that can add hours to each working day of a fair's run, digitizing “settling up” means a more accurate and much swifter close. Data collection of course shows a real time tally of each ride. This data stream is accessible to both the midway provider and the fair, bringing a new layer of transparency to this crucial relationship.

“I know that going forward, we can see actual numbers for each fair and each ride and use that to plan our next season,” said Davey Helm, CEO of Helm & Sons, another ride company digitizing his midway in 2020 with Magic Money. “The data imperative is for the future. We can look at the revenue per ride that is exact and to the minute, then select the rides that make the most sense.”

As the fair industry enters the third decade of the 21st century, the cashless midway becomes more and more of a reality. It's not overstating the current state of midway transactions that the vast majority of carnival companies – and more than a few fairs – have either adopted a system or are researching a system. Both Brown's Amusements and Helm & Sons have spent several years researching the market, including trade shows, online sources, and meetings with system suppliers and talking to other ride company executives about what cashless system works best.

For Helm, like Brown, it came down to optimizing the fairgoer experience. The event attendee enhancements incorporated into the latest version of Magic Money was what persuaded him to make the decision to what many feel is an inevitable next step for midways, digitizing the entire transaction process.

“They don't spend time waiting on lines, they spend time riding rides and enjoying the midway,” said Helm. “We are encouraging the customers to download the Magic Money App. Mom drops off Tina and Johnny on the midway and she can load rides onto their wristbands simultaneously just by clicking the app, she doesn't even have to go to a kiosk. And say if Tina needs a few more dollars to ride or buy a corn dog, mom can load that to the wristband from her phone. The kids can have more fun and stay longer at the fair, it's a no-brainer.”

Although Helm introduced the system at the last fair of his 2019 season, he rolled out his Magic Money midway at the California Mid-Winter Fair & Festival on Feb. 28. Helm found the heightened user-friendliness of the latest generation of the system does not only apply to the fairgoer. Training his staff turned out to be much simpler than anticipated.

“Within the first couple of days, everybody understood the system,” he said. “I admit I was concerned. It was important to have a system that you don't have to be a millennial to use. Everyone has seen scanning systems at Home Depot, they know how to handle digital prompts. My worries were soon put to rest.”


Magic Money not only digitizes midway transactions, but Helm noted that another factor in his decision to adopt the latest version of the system was the digitizing of the daily inspection. The new Magic Money network not only ties into credit cards and banking systems required for transactions, but now links into the individual rides. For inspection purposes, the ride will not be able to be turned on unless the inspection is completed digitally, adding an extra safeguard to inspection protocols.

“A ride is shut down until the inspection is completed,” said Helm. “For a maintenance guy like me, that was a huge selling point. With inspections, you have a huge laundry list to go through, but the system toggles into the rides, so if for some reason something is overlooked, you won't be able to operate that ride until the issue is resolved. It's one more piece of insurance when it comes to inspections.”

Aside from the technological advantages available in the latest version of Magic Money, the cost savings appeal of the system became more attractive due to the workforce issues plaguing the fair industry. The ongoing H2B crisis has only added pressure to a shrinking pool of domestic workers. In addition, many states such as California have increased the minimum wage in 2020.

For a company like Helm & Sons, who usually pays prevailing wage (as opposed to minimum wage) and has a workforce of nearly 200 at the peak of its season, digitizing transactions offers undeniable cost savings. Once you add up the additional costs of Visa processing and background and drug tests, any way to reduce the labor costs this year must be considered.

“Instead of having workers in a ticket box handling cash, I can have them working as ambassadors on the midway, interacting with our customers,” said Helm, who estimates he's been able to reduce his workface by nearly 20 positions in 2020. “With the challenges of the H-2B problems and the fact that there aren't enough American workers who want to travel all summer and work on weekends, you have to find ways to save money,” he said.


With 2020 being their inaugural Magic Money season, both Brown and Helm have been busy informing their fairs and events that the days of weighing tickets (or tokens) and comparing receipts are over. In all cases, organizers and stakeholders have responded with enthusiasm.

“We don't play big-big fairs, and they've only been positive about the new system, because the reporting is tremendous,” said Brown. “Our goal is to ultimately use this system with the fairs, especially for the gates and beer sales. I've never been the first one to jump on the latest thing, but this system has been so improved that I only see it helping the fairs.”

“The fairs are facing a lot of the same labor problems as the carnival companies and they are looking at cost savings,” said Helm. “I've been meeting with fairs and those meetings are lasting longer than I had scheduled because the managers and board members are asking one question after another. They are excited about the benefits of the system, and very interested in the potential for taking it gate-to-gate and using Magic Money for the entire fair.” 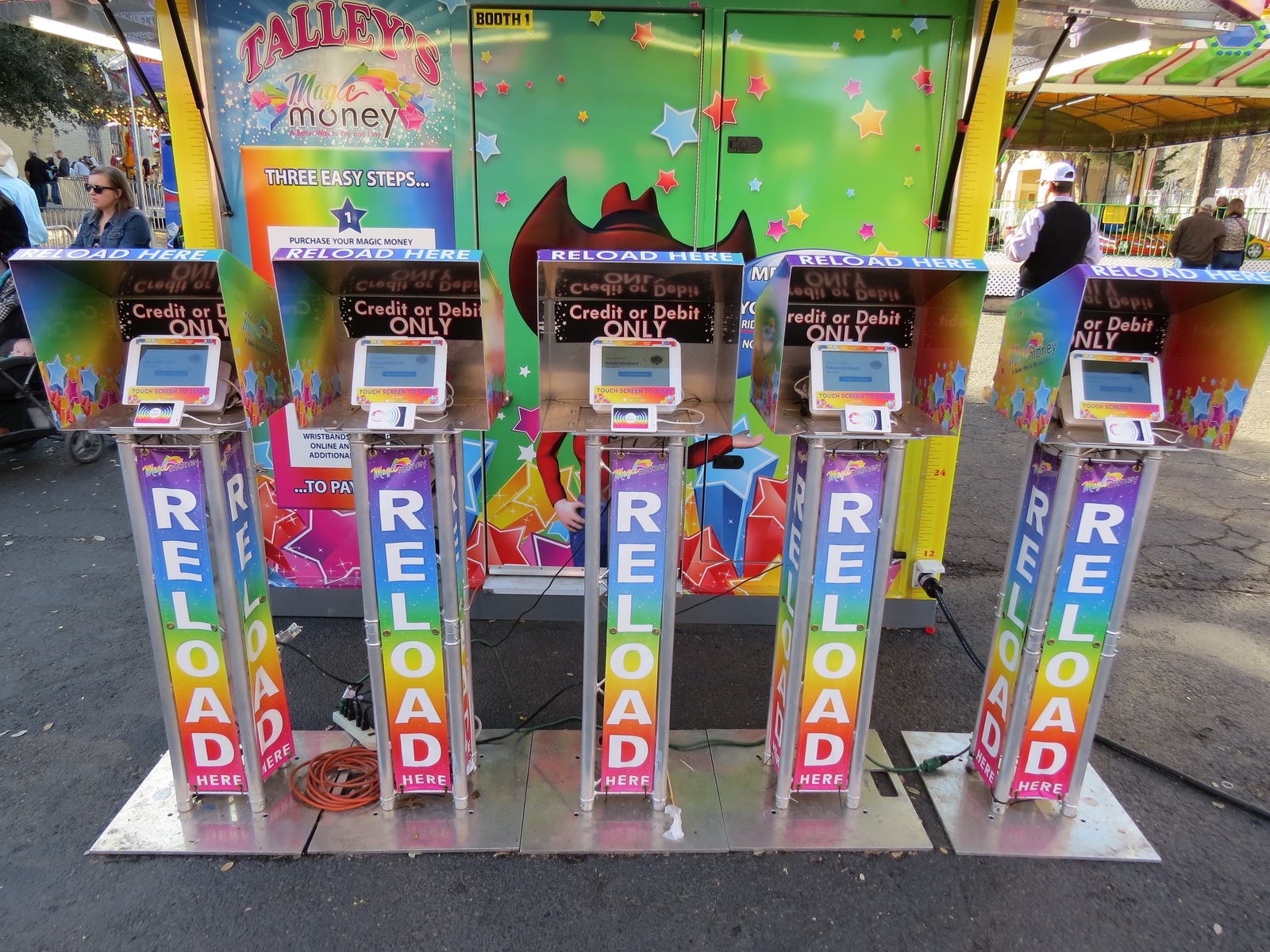 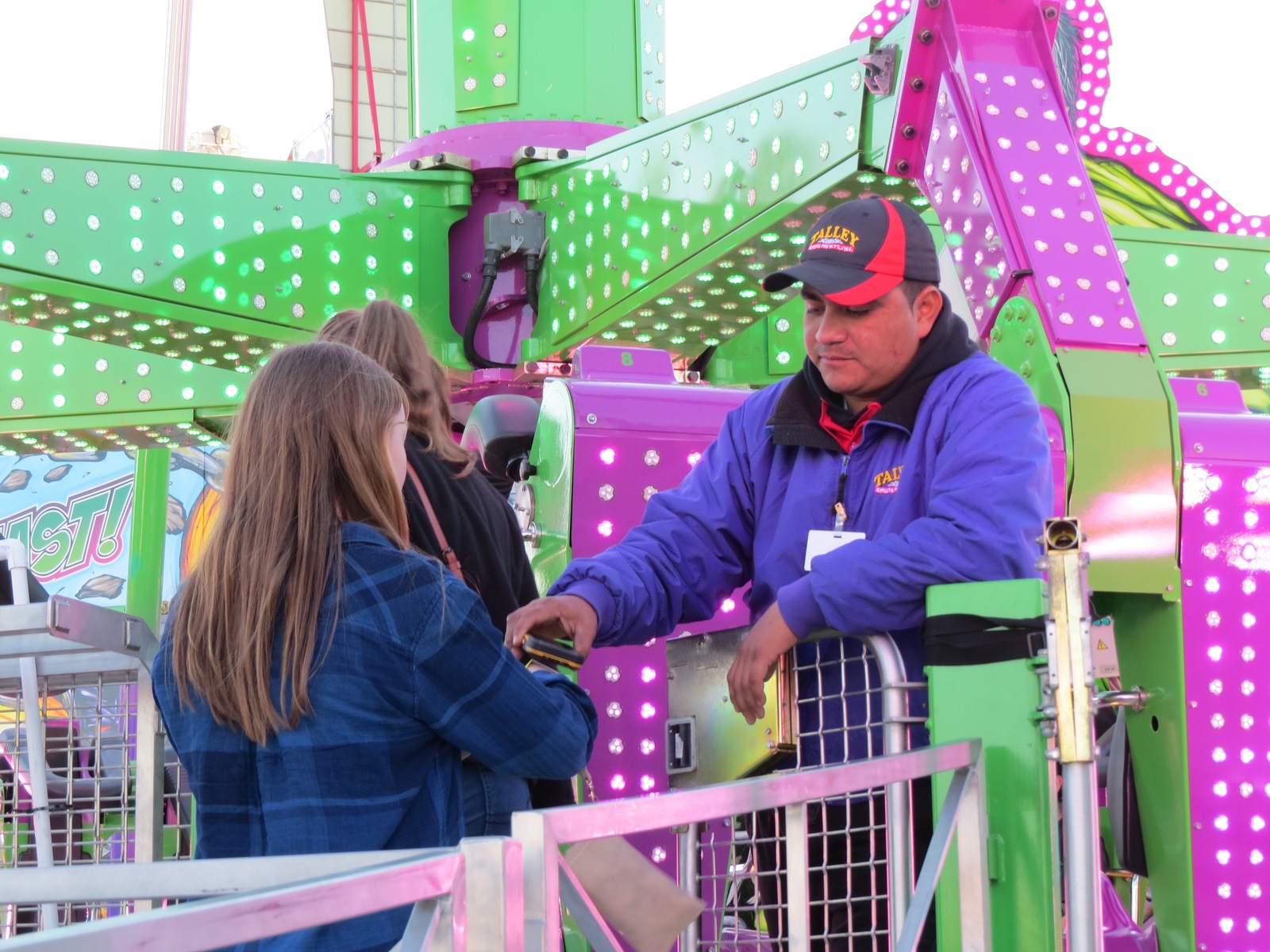 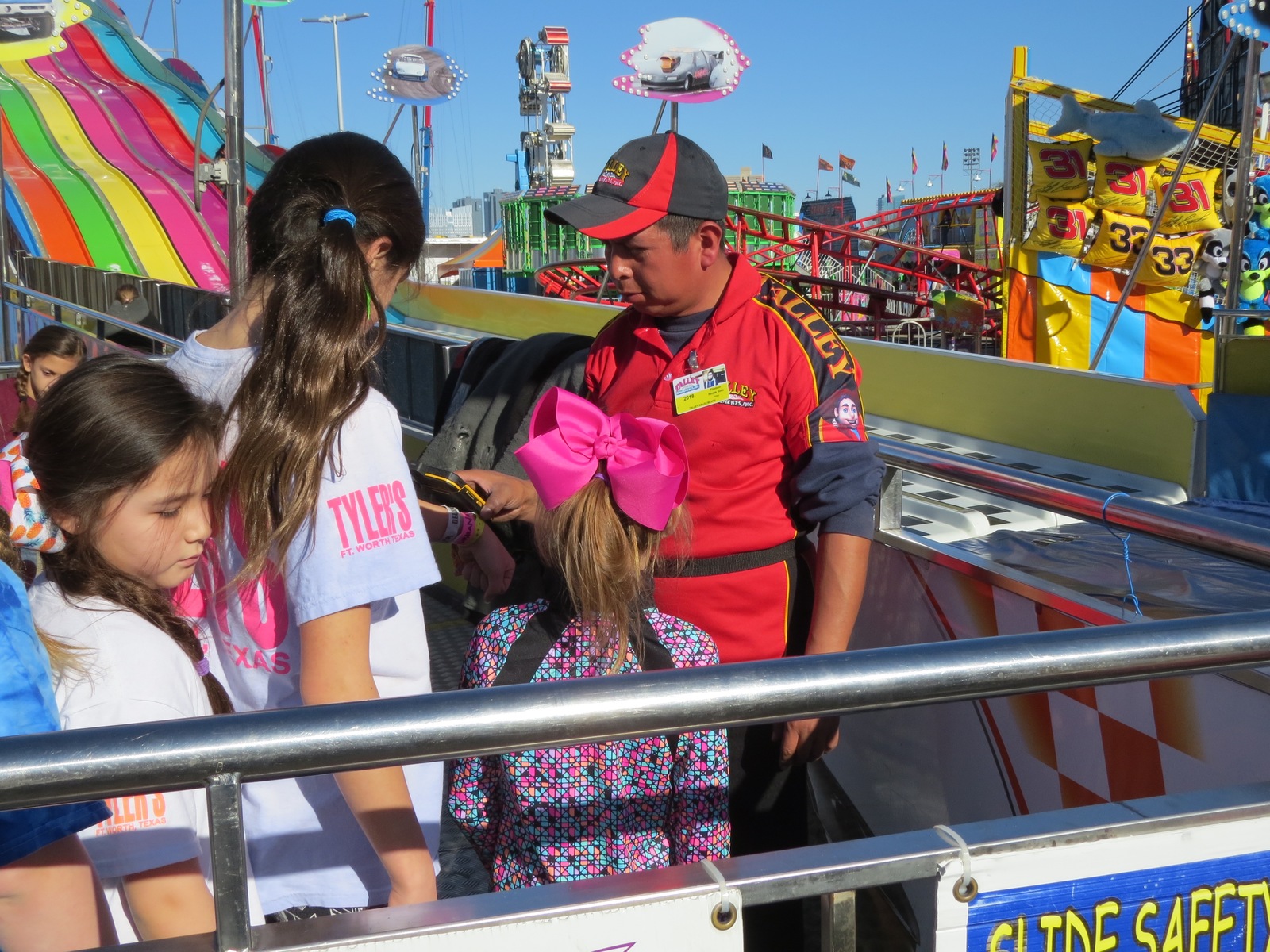 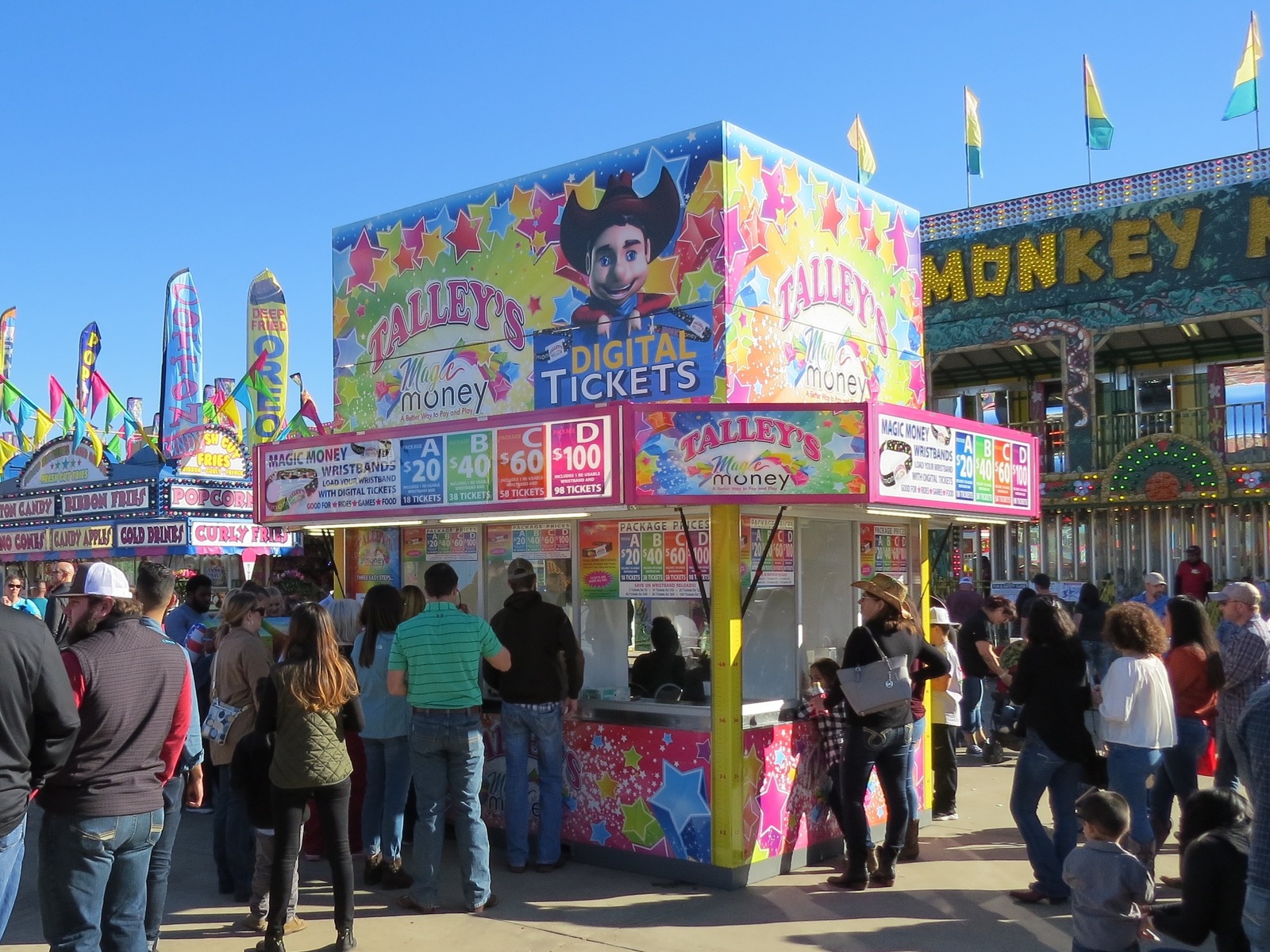 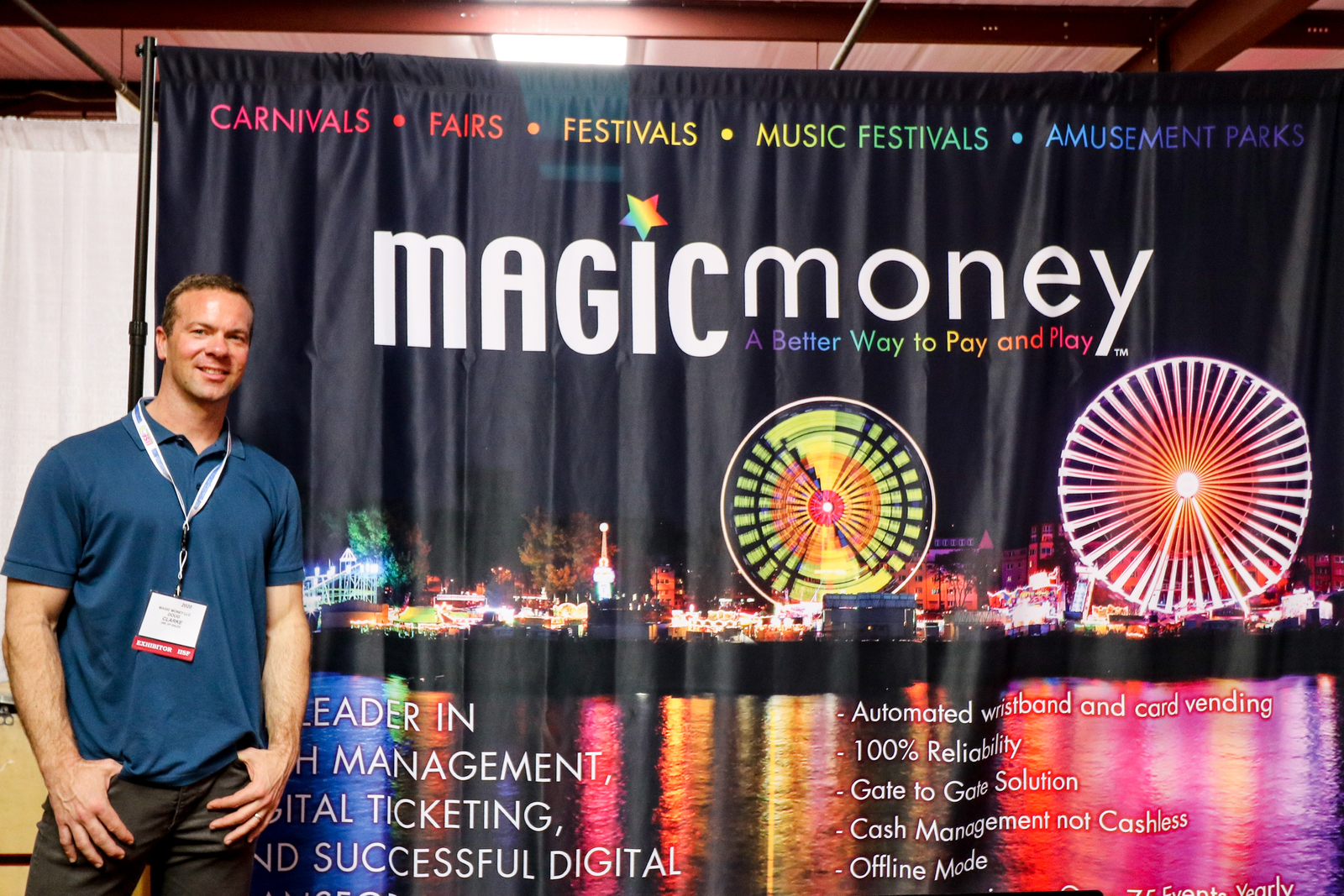 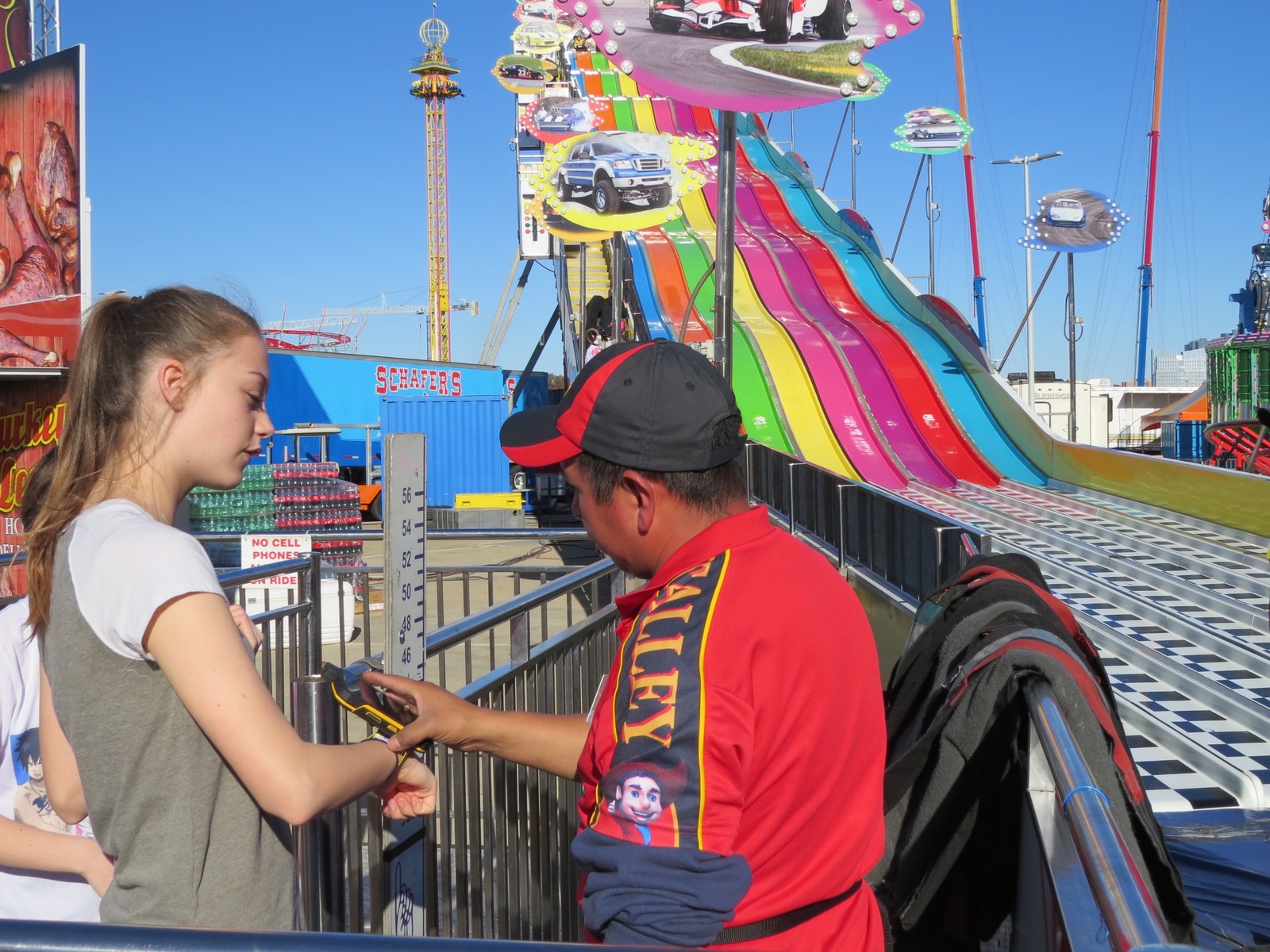