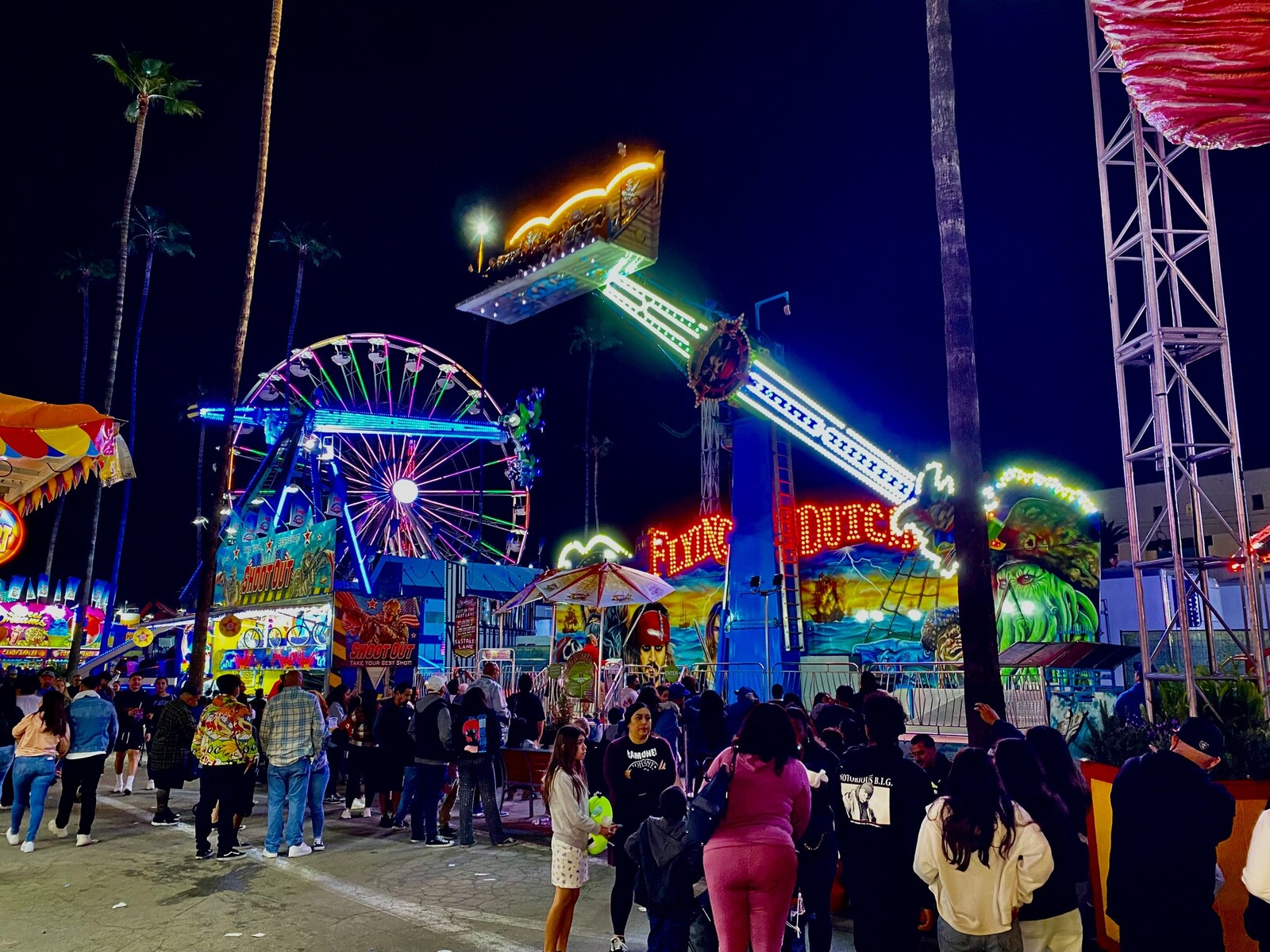 Ray Cammack Shows on the Midway
Photo by Steve Hinz

A 100th Anniversary Celebration, a new fair date, and a return after two pandemic year restrictions kept it closed, served as major reasons for celebration at the 2022 Los Angeles County Fair. Located at the Pomona Fairplex in Pomona, Calif., the fair's change in date helped to alleviate late summer heat issues and drew a wide influx of guests eager for fair fun.

Along with the massive exhibit halls, Ray Cammack Shows provided a robust carnival featuring 70 major rides, 40 game booths, and a bevy of kiddie rides. RCS was celebrating their 38th year offering rides and games at the fair. Chris Lopez, RCS vice president, stated that despite some concerns about changing the fair's long-time operating dates from September to May, “we are all happy with the results and think the guests are, too. It's a date that we can, and will, build on.”

School agriculture and nutrition exhibits were presented representing all of LA County in Expo Hall 10; and entering a third year at the fair was the Haunt Supershow with a brand new “100 Years of Horror” exhibit. The Museum of Monsters, returned along with a giant haunt maze with live scare-actors. Horror retail vendors and horror-themed games were also part of the mix. 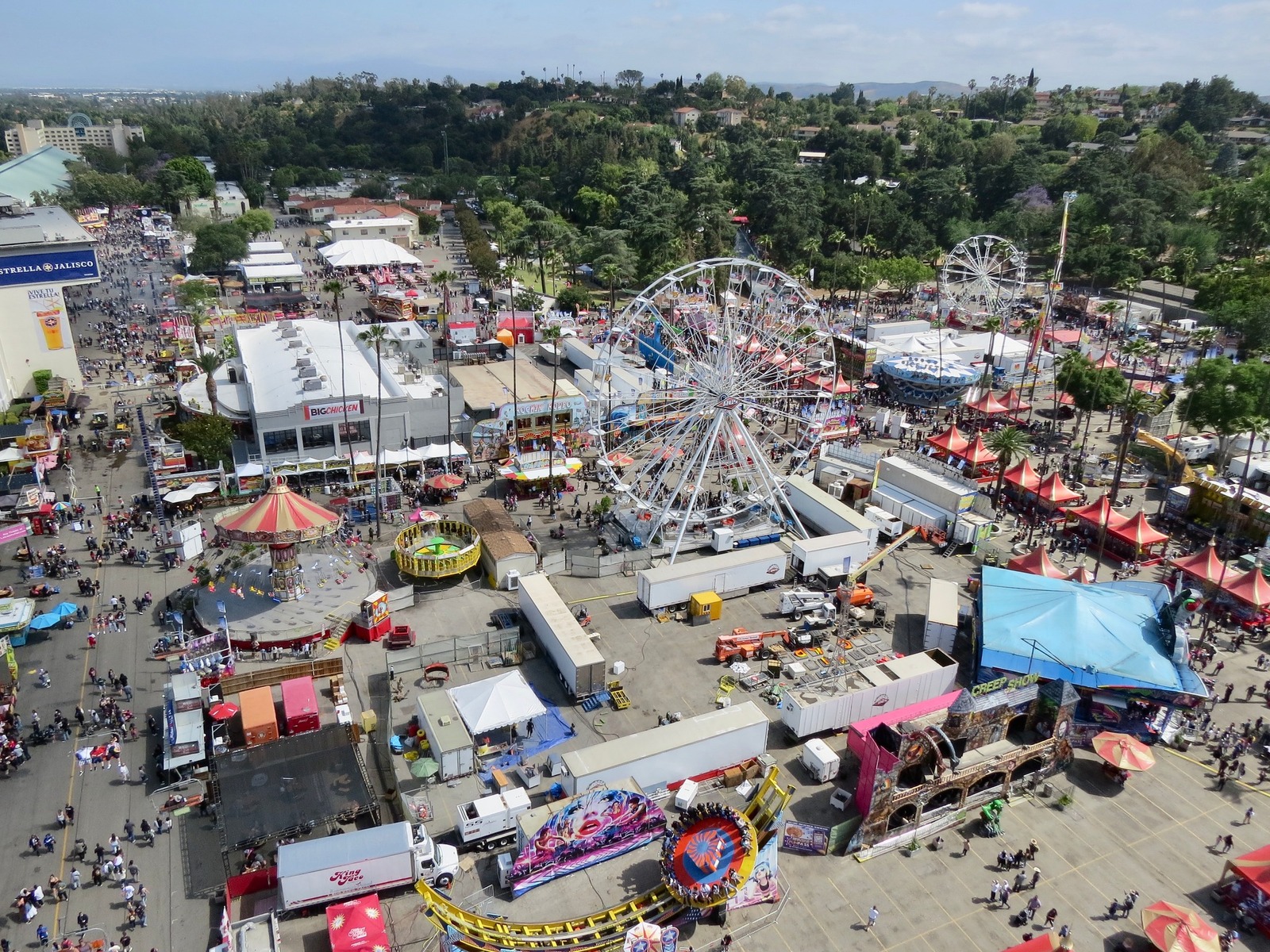 Flowers and nature did not receive short shrift either: the flower and garden pavilion was joined by a return of The Hill, a tribute to the great outdoors adjoining the pavilion. At the Hill this year, there was an increase in animal exhibits and forestry education including info about local hiking. The U.S. Forestry's Tree Circus featured performances from professional tree climbers.

The arts took center stage at the Millard Sheets Art Center, where artists displayed works that depicted the history of the fair's 100 years. Poetry and art nights were hosted on the center's patio Friday and Saturday nights by LionLike MindState.

And then there was what some might term the heart of the fair, the Big Red Barn with farm animals and an enlarged petting zoo, with all animals from fair partner Cal Poly Pomona. The fair brought some special new arrivals: baby animals including one calf, 27 goats, 30 lambs and 45 chicks, according to Fairplex officials.

Future Farmers of America and LACF had major exhibition spaces, along with Master Gardener's workshops, soap makers from Markham Farms of Chino Hills, and bee and honey exhibits. There was a wine, beer and spirits tasting garden here, too. 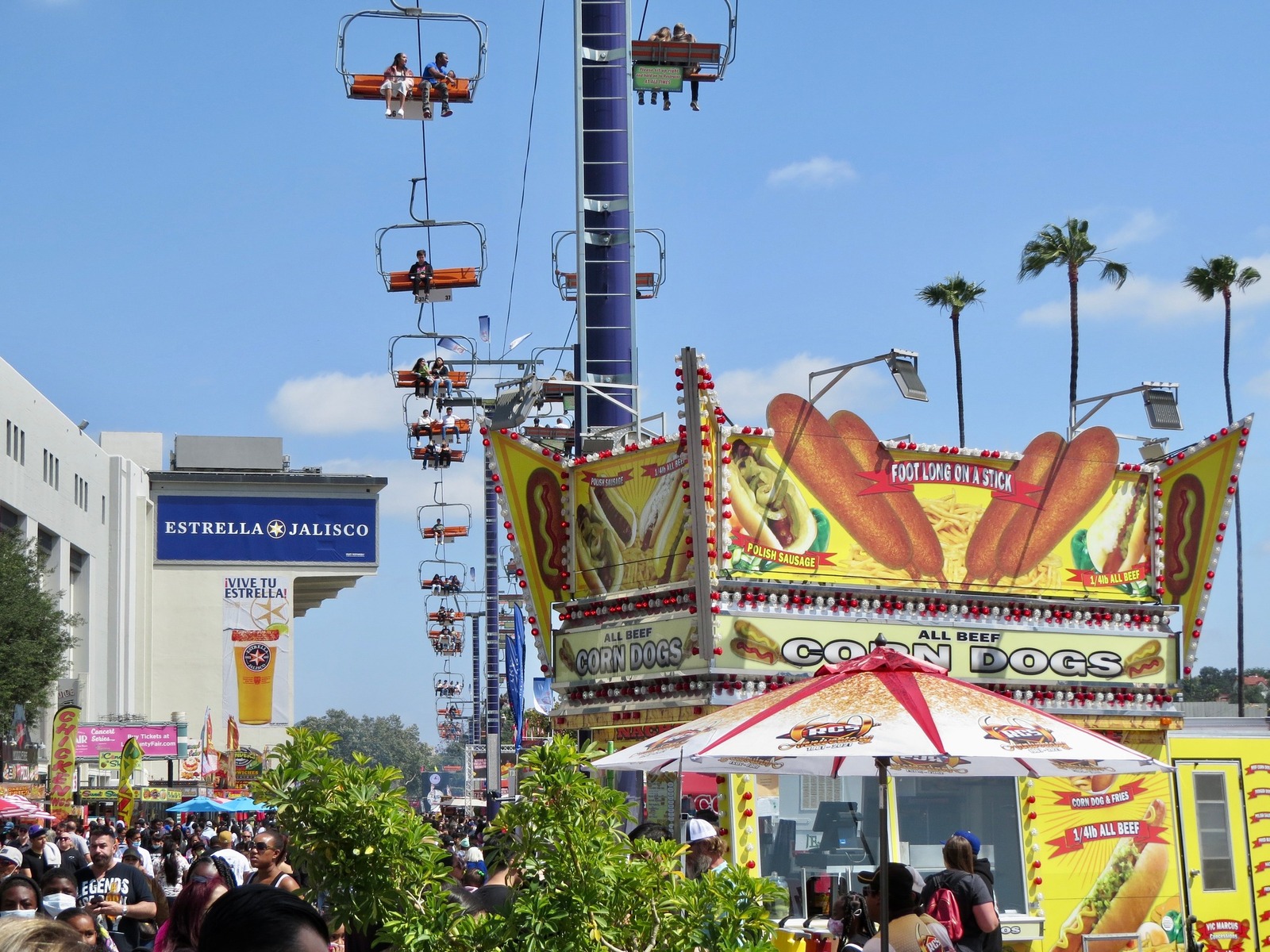 There were a lot of firsts this year, including both a vegan menu and a value menu at food booths. Just about all the many food stands offered items for $8 or less. Macpherson Ice Cream was the opposite of a newcomer to the fair: it too was celebrating 100 years of fair fun. Newcomers included a delightful rainbow-colored grilled cheese and Chicken Charlie's new Cherry Kool-Aid Chicken Sandwich. The same booth offered deep fried cheesecake. From a colorful Unicorn Float at the Candy Factory to a deep-fried chimichanga with mac n cheese and a return of the massive turkey legs carried throughout the fairgrounds, food fun was a big success.

Speaking of savings, the fair added a number of discounted admission days to the venue, a 100th birthday celebration $10 ticket day on May 26th, discounted $14 adult and $8 child admission and $40 unlimited carnival ride wrist bands available from Superior Grocery stores and O'Reilly Auto Parts, and Food Drive Fridays with one free admission allowed per 5 donated canned goods. There were also LA County, La Verne, and Pomona resident discount days. Attendees donated some 42,300 cans of non-perishable food on two Food Drive Fridays in exchange for free admission according to fair officials; over 3,300 ticket donations were given community organizations as well.

On the music side of things, acts included War with El Chicano, KC and the Sunshine Band, the ultimate iconic SoCal sounds of The Beach Boys, Lynyrd Skynyrd, and ZZ Top among others. A limited number of single general admission concert tickets were given away free on the day of each concert (with some exceptions), on a first-come basis at the fair's ticket booth. Purchased concert tickets included free entry to the fair itself on the concert date. 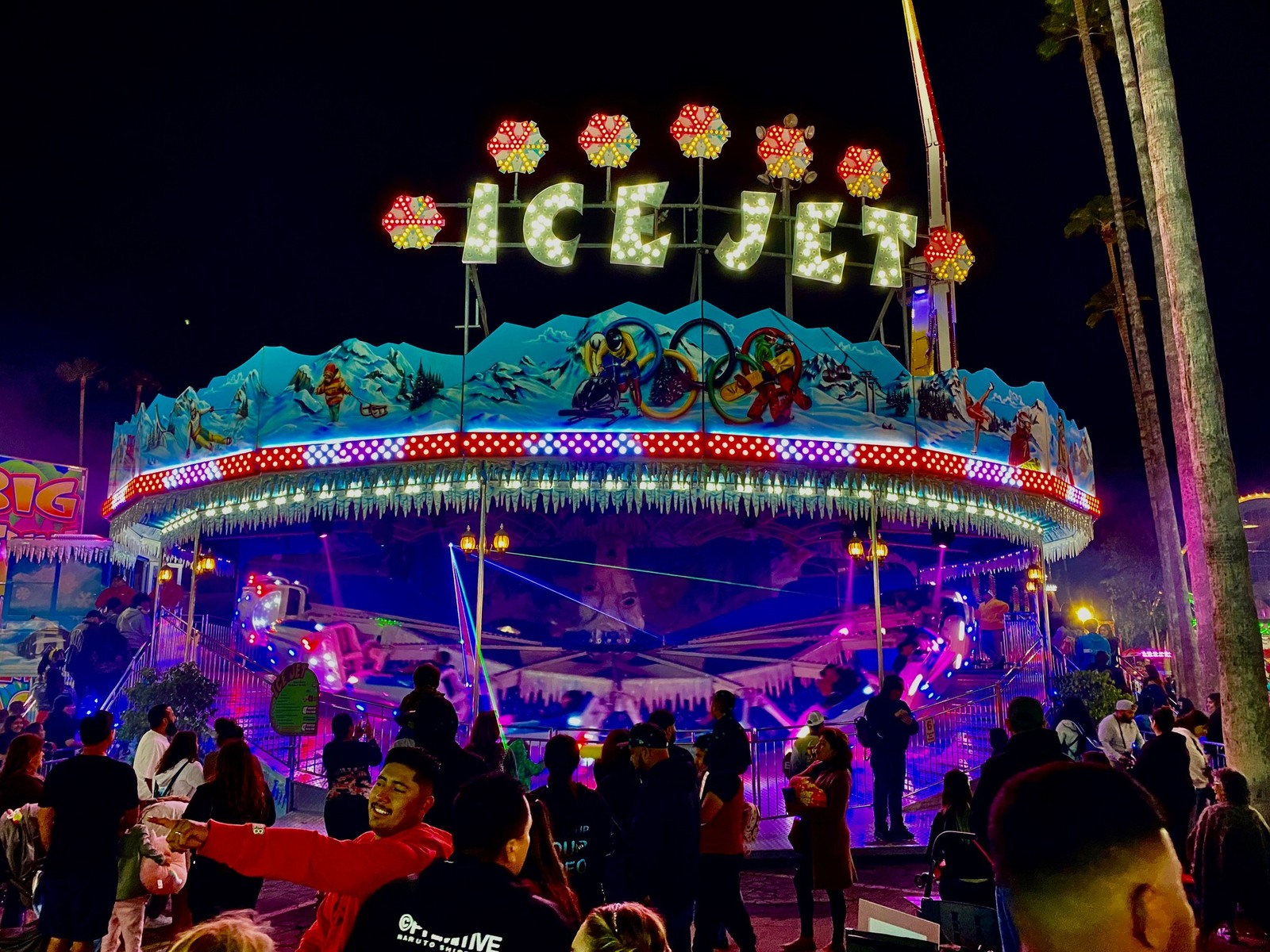 Indie music was in the air, too. NextFest LA, according to its co-founder Lucas Rivera, ran every Thursday through Sunday, provided “the Coachella experience,” by supporting and presenting up-and-coming artists such as local favorites Xella, and alternative soul artist Cameo Adele.

While fair organizers were thrilled to be back in busines and celebrating such a massive milestone as 100 years, attendance was a bit lower than expected despite the kinder weather of spring. Attendance dropped about 13% this year, Fairplex officials stated, with approximately 635,421 paying visitors attending during the fair's run. Back in 2019, the last time a large-scale fair operated, 731,817 visitors attended during a run that lasted two days longer.

All the same, Fairplex President and CEO Walter Marquez related that “People missed the fair and we were glad to be back, celebrating community together.” He added that “Seeing that the figures for paid guests were on par with 2019 is good; however, it doesn't compare to the thousands of smiling faces we witnessed throughout the fair.” 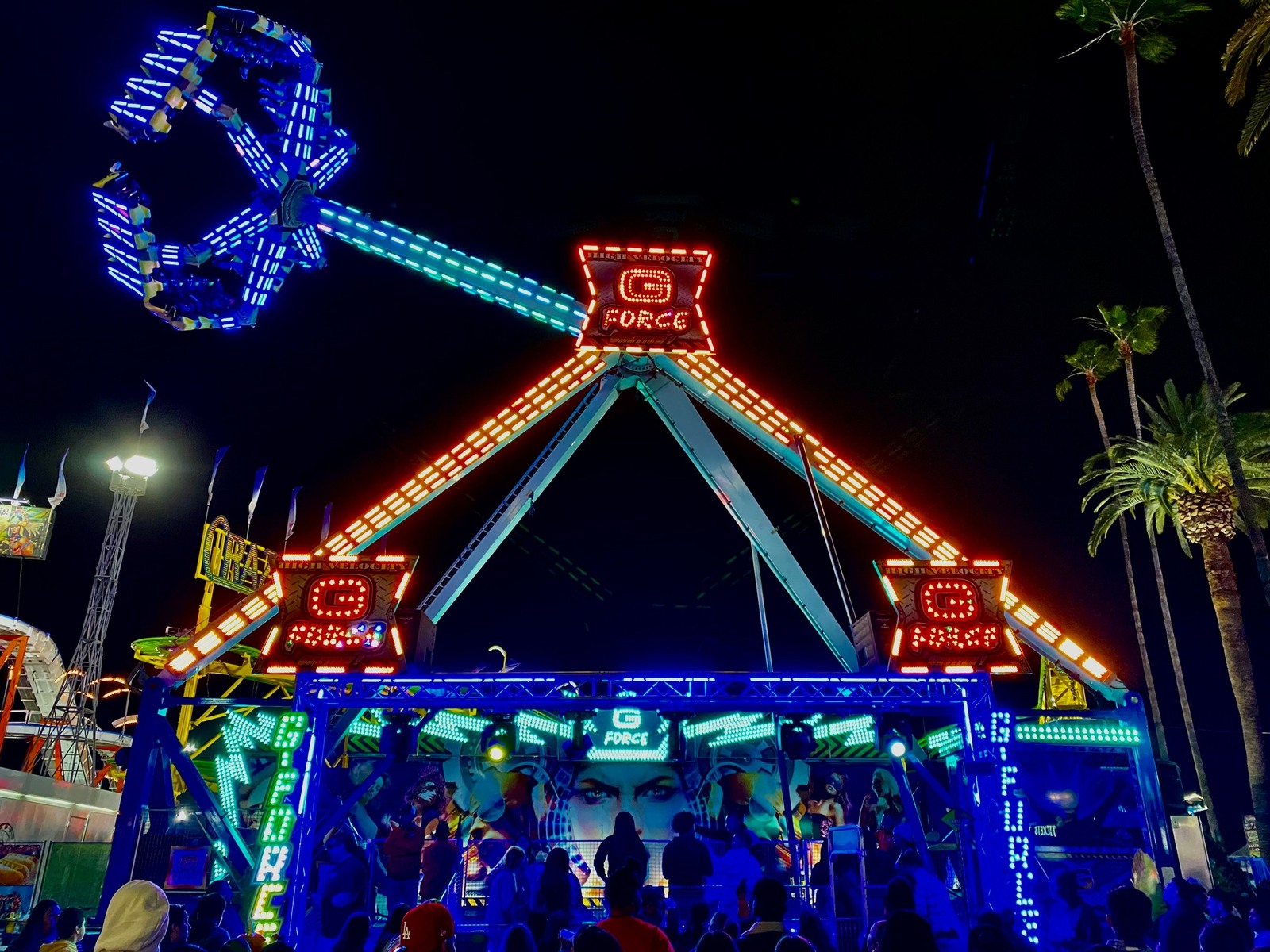 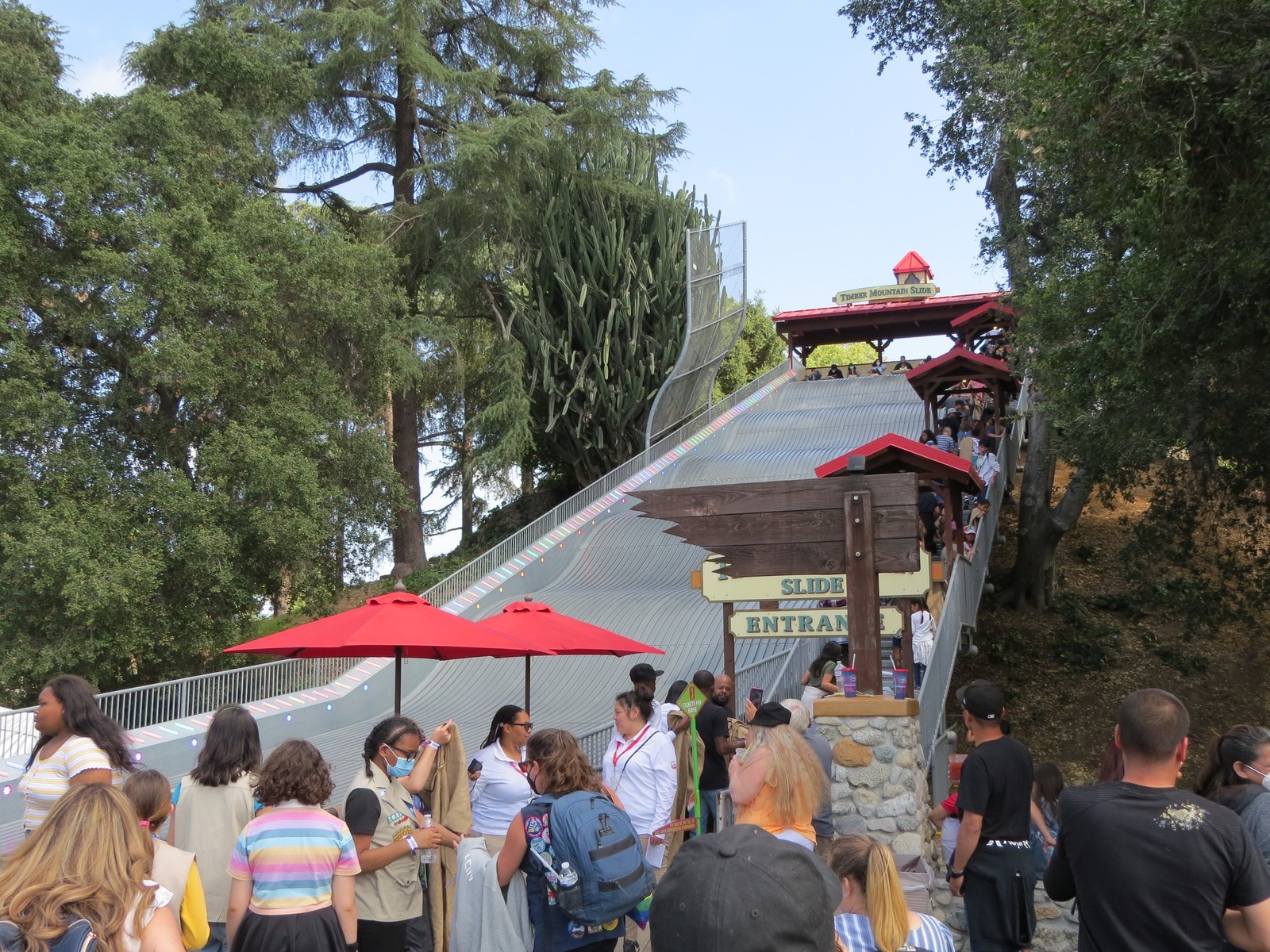 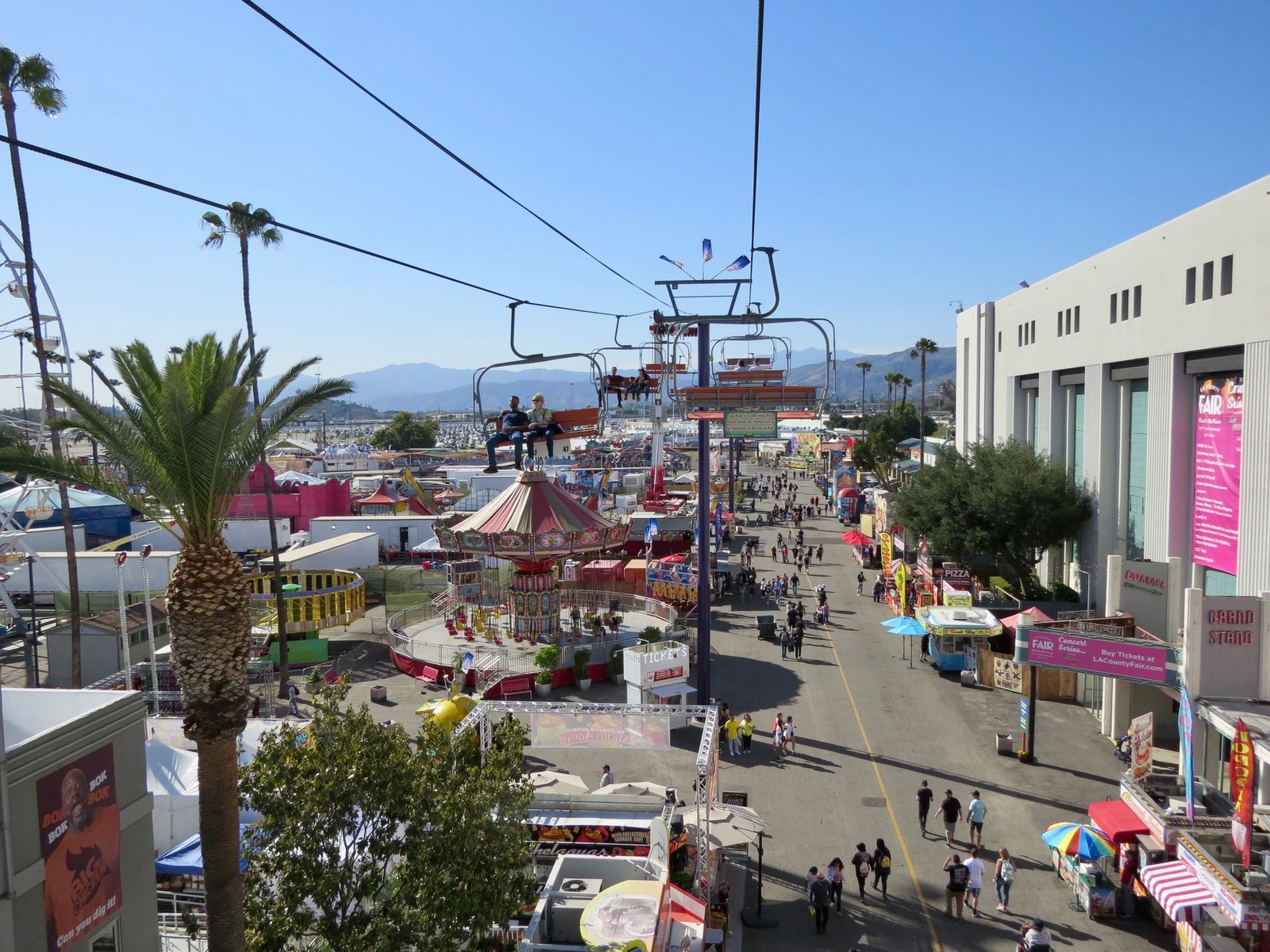 Ray Cammack Shows on the Midway