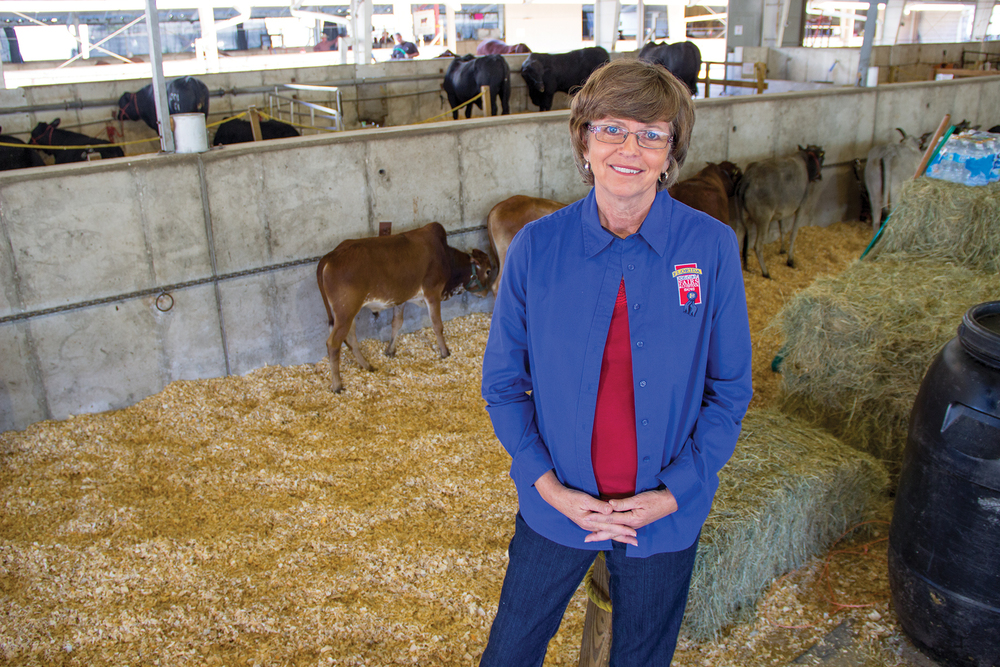 Due to its warm weather climate, making it an optimum showcase for fair policies, programming and carnival rides during winter months, the Sunshine State often leads the way for industry innovations. Integral to this leadership position has been the Florida Federation of Fairs, which held its first meeting in 1951 with about 30 attendees. Today, this forward thinking organizations represents 52 fairs, ranging from the large scale to the local, from state fairs to county fairs and most have a mission to celebrate, promote and otherwise further the cause of Florida agriculture.

Not only does Florida play a leading role in the fair industry nationwide, its state association has ensured that its fairs are essential to both Florida farmers and the youth organizations they support and remain competitive with the famous theme parks known the world over.

Hinton has been at the forefront at the confluence of fairs and farmers throughout her long and distinguished career. Born in Trilby, Florida, she grew up on a seed, cattle and hog farm. When the National FFA Organization voted to allow female membership in 1972, Hinton became Florida's first female state FFA officer, Florida's first female national FFA office candidate and one of the first women to receive the American Farmer Degree, FFA's highest honor.

After graduating from the University of Florida with a B.S. in Agricultural Education, she taught high school and middle school, then shifted careers to the Florida fair sector, becoming Director of Agribusiness for the Florida State Fair in 1979. Her main focus was on youth programming, placing a high priority on livestock education. She developed the Champion Youth Program at the Florida State Fair. The program has gained national recognition as a valuable teaching tool for the future contributors to the agriculture industry. In addition to the Champion Youth Program, Lisa also played a role in developing and implementing other programs such as Ag-Ventures and the Youth Livestock Show Ethics Certifications.

After Hinton retired from the Florida State Fair, she was appointed Director of the Florida Federation of Fairs in 2006. Under her stewardship, not only has the fair membership grown, but the federation has more than 200 associate members, including some of the leading carnival companies and other fair vendors in North America. Its annual convention typically attracts more than 500 attendees, often including fair industry professionals from other parts of the country.

Hinton – who married her FFA sweetheart, Bob, of Hinton Farms – has been inducted into the Florida 4-H Hall of Fame and the Florida Federation of Fairs Hall of Fame (2009) and was named Women of the Year in Agriculture by the Florida State Fair Authority in 2016. On the eve her of her retirement from the fair industry, Hinton spent some time with Carnival Warehouse to answer a few questions about her life-long devotion to Florida Fairs, Florida Agriculture and the overlap of these two industries.

Carnival Warehouse: Do you feel were a trailblazer for women in the fair industry?
Lisa Hinton: I have always felt that my role has been to serve to the best of my ability - not to serve in a position because of my gender.

CW:  You went from being in charge of one component of one fair to being in charge of dozens of fairs.  What strikes you as the biggest similarity between Florida fairs – and what component makes them different?
LH: Our fairs all strive to provide affordable family entertainment but each one of them is unique based on the community they are serving.

CW:  What was the first fair you attended?
LH: I grew up showing at the Pasco County Fair in Dave City, FL but also showed animals at the Southeastern Youth Exposition in Ocala, and the Florida State fairgrounds when it was in downtown Tampa.

CW: What accomplishment as executive director of the Florida Federation of Fairs are you most proud of?
LH: Bringing our Florida fairs closer together as a group so that they can draw ideas, expertise, and guidance from each other.

CW: Why have fairs remained popular and why do you think that popularity will continue?
LH: Fairs serve as a source of public education on agriculture and provide many people with the opportunity to see agriculture first hand.

CW: As executive director, how many fairs do you attend a year?
LH:  I have attended every Fair in Florida except one and try to attend as many each year as I can.

CW: Do you have a favorite ride?
LH: No.

CW: Do you have a favorite fair food?
LH: Corn dogs!