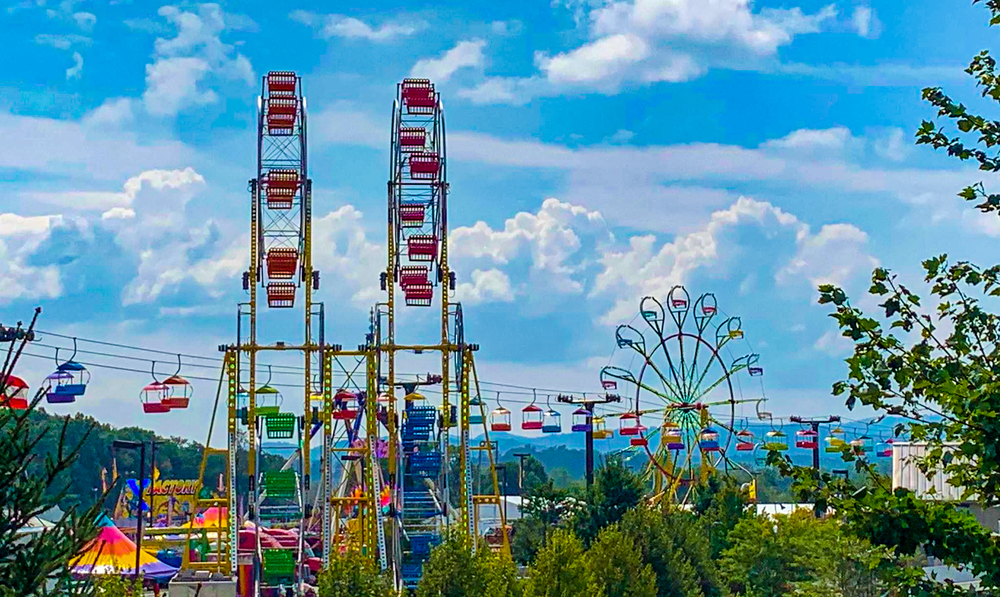 Jimmy Drew, owner of the wide-ranging carnival James H. Drew Exposition in Augusta, Ga., says he had the “best year we've ever had” in 2019. The operator runs a single unit that provides up to 60 rides if needed, but Drew notes that they try to keep it to 30 rides offered most of the time. The operator moves from the southern East Coast inland to the central mid-west.

“We did 21 shows this past year. We start our season early in central Georgia, then we operate through the Carolinas, go to Greensboro, West Virginia, Kentucky, and Indiana. Our show in Terre Haute, Ind., we have been doing since 1952,” he explains. “After that, we head south again to Kentucky, Tennessee, North Carolina, and finally finish in Georgia again.”

The route itself changes by one or two locations a year, but no more. “We're like a fine automobile,” he laughs. “We just improve it a little bit, we don't change everything. That's how we operate.”

The show operates from late March until mid-November. “And the rest of the time, of course, we're painting, fixing, putting new lights in, overhauling gear boxes and cranes and all of that,” he asserts.

While ride popularity varies somewhat per region, Drew says consistently “One of our mpost popular one-trailer rides is the Orbiter. Our most popular two-trailer rides – we categorize in that way – is the Cyclops,” he relates. “We have a lot of things no one else has available.”

According to Drew “We have a Seattle Wheel like the one that went to the Seattle World's Fair. We have the only one currently on the road. The Royal American Show, which for many years was the largest show in the business, had the original ride for many years. We were able to buy the last traveling model which was built by Allan Herschell. The prototype was made by the Velare Brothers, who also created most of the rides that were long ago at the Long Beach Pier's amusement zone.” The ride's construction has a unique history, Drew says. “The Long Beach Pier was located right across the street from the Douglas Aircraft Company. They made most of the parts for that machine. They are rotating parts, and they're impressive. Dr. Norman Anderson, who wrote a book on Ferris wheels, said if Michelangelo or Picasso built a Ferris wheel, it would be the Seattle Wheel.”

The original Seattle Wheel that debuted at the World Fair is now owned by Bradd Burton and is in storage at his facility in Indiana awaiting refurbishment.

However, he adds that “Our most unique ride is probably our Huss Pirate. It requires four semi-trailers to transport it, and it moves with construction cranes. It is the largest model in America, and it is one of only two that can be found at a fair, besides the permanent pirate ship located at the State Fair of Texas and a couple in California amusement parks. The Pirate is a full-size swinging ship, built by Huss of Germany.

It's not only these traditional crowd pleasers that dominate Drew's operation, he stresses. “We are all the time changing and switching out our rides; and we are all LED lighting now. There is nothing left that's not LED. We made that change over the last three years, so we are at 100%.”

There are also new rides ahead. “We're buying a new Orbiter from Tivoli Manufacturing in England; and we are getting a new gondola wheel that we are bringing in from Holland. We will probably have that in March, and the Orbiter we will have with us in June.”

The new Gondola Wheel is a 22m wheel built by Lambrink that is designed to transport on a single semi trailer.

While Drew does not categorize his carnival company as game-centric, he notes that he does have some games on the midway, including a water racing game, and roller derby that appeal to large groups.

“We are primarily ride people, however. We have some food as well, and a bunch of independent food owners as well, that we work with,” Drew relates.

Among the carnival's own food items, he terms “old standbys such as cotton candy, candy apples, corn dogs and funnel cakes” as crowd favorites. He adds that there are regional differences readily apparent when it comes to food. “When you get North of the Ohio River, funnel cakes don't sell; it's elephant ears that sell. Different kinds of candy apples sell in different towns. In the smaller towns in Georgia, it's plain red candy apples. In more urban markets, it's apples with nuts that do the best. And north of the Ohio, its caramel apples. And if you get within 50 miles of the Canadian border, donuts sell a lot. Get away from the border, and they just do not sell. That's the kind of thing you need to know when it comes to successful food operations,” he attests.

Good marketing is another tenet of success, Drew stresses. “We do newspaper, radio, TV, and now it is more social media than anything else. Really social media, that is the driver. It's the sign of the times. But the fairs themselves are mostly marketed in a variety of ways by the local operators of the fair. They know their territory,” he notes. “For instance, at the Indianapolis fair, they have their own local social media staff.”

Drew says that his carnival utilizes “lots of long term staff,” and does not use H-2B labor, which is somewhat of an anomaly in the carnival business.

Looking ahead for the start of his 2020 season, Drew says he expects another stellar year. 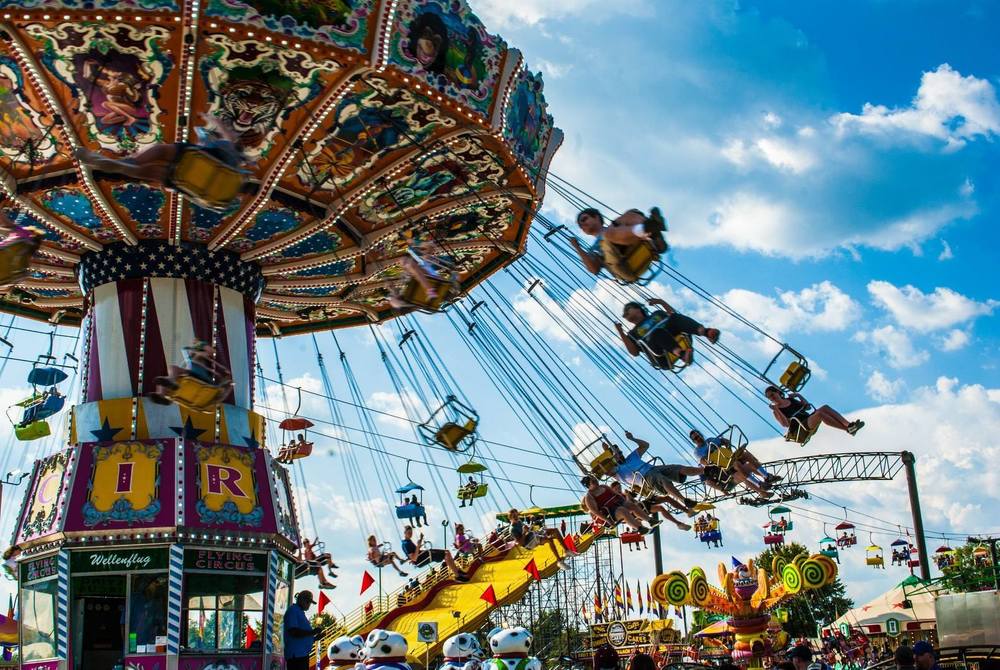 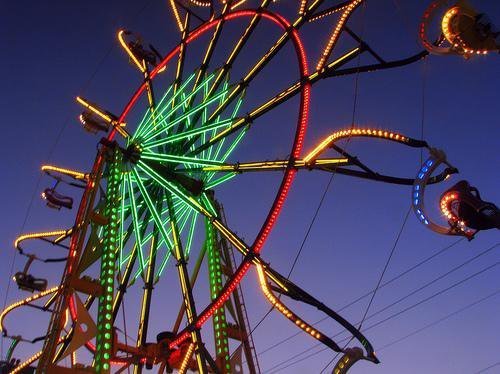 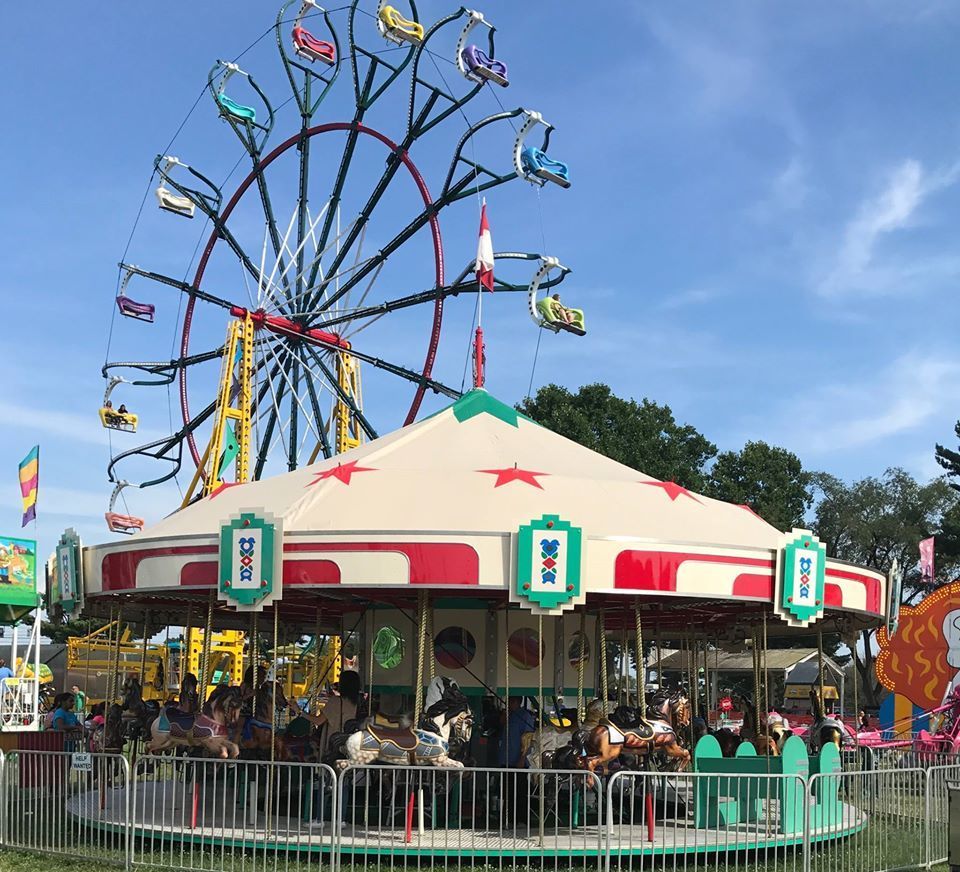 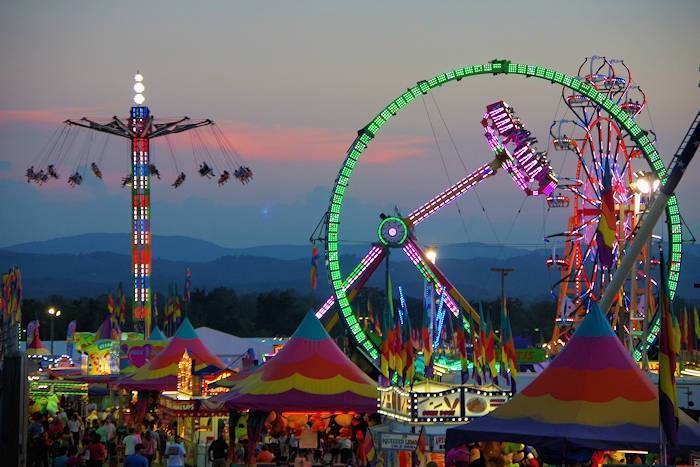 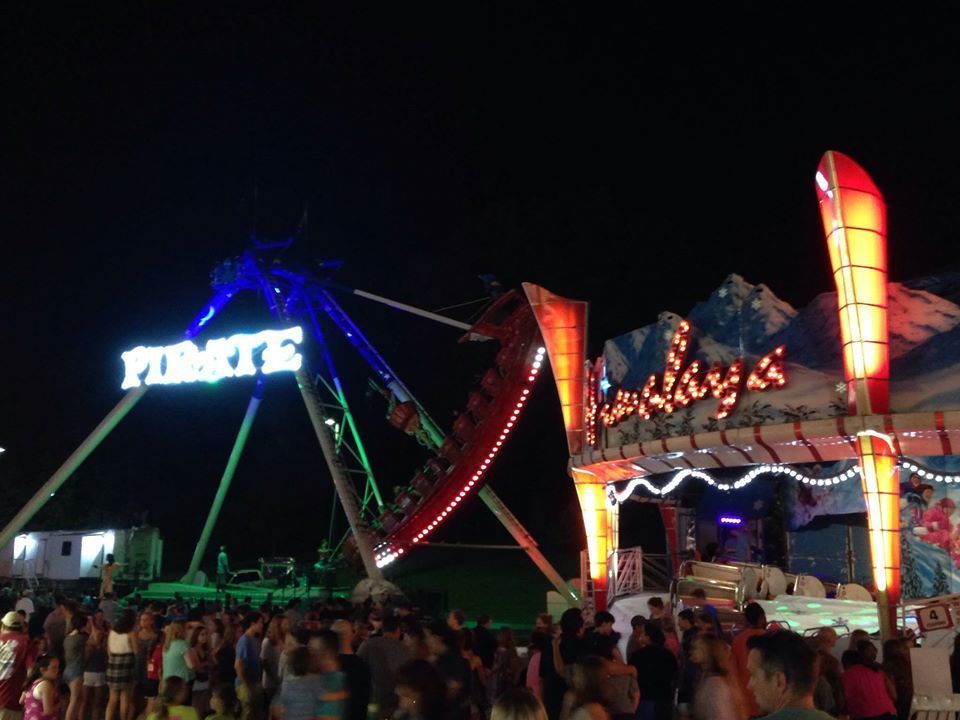 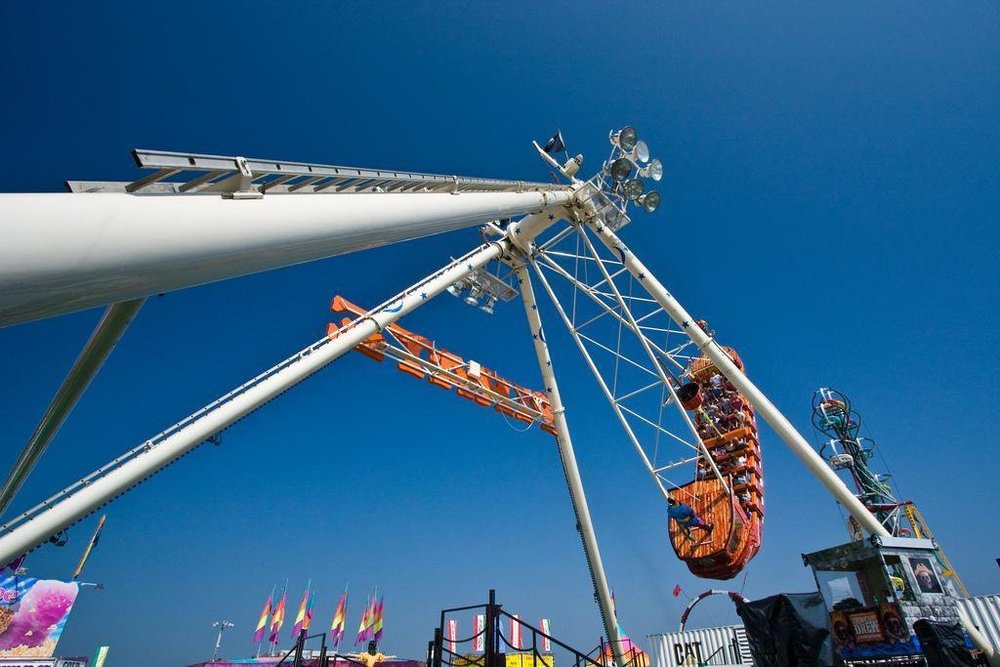 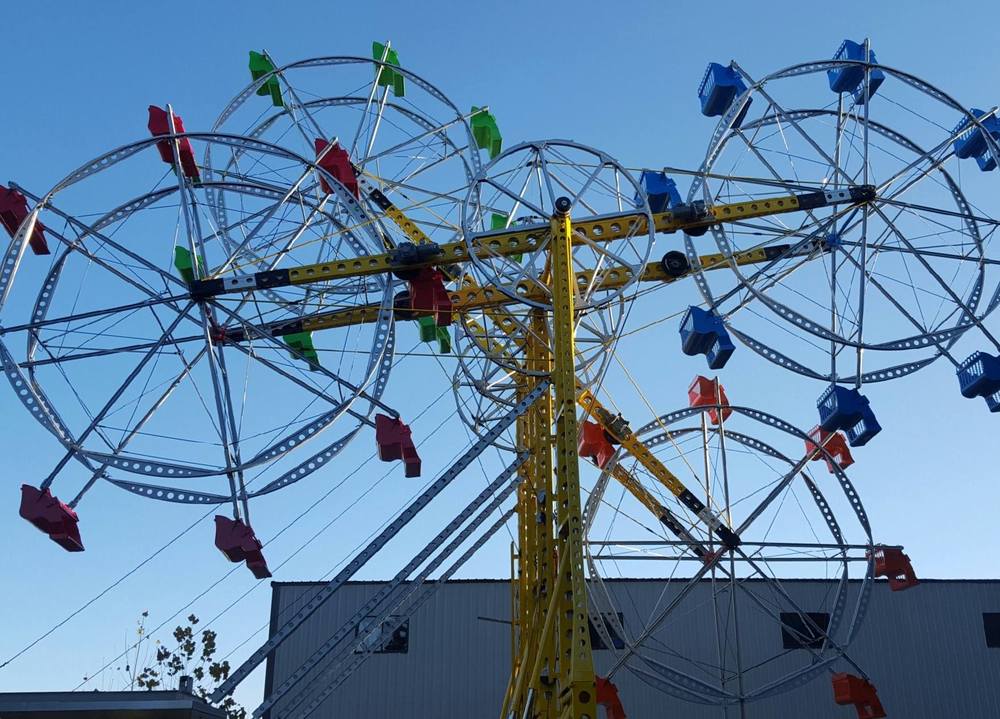 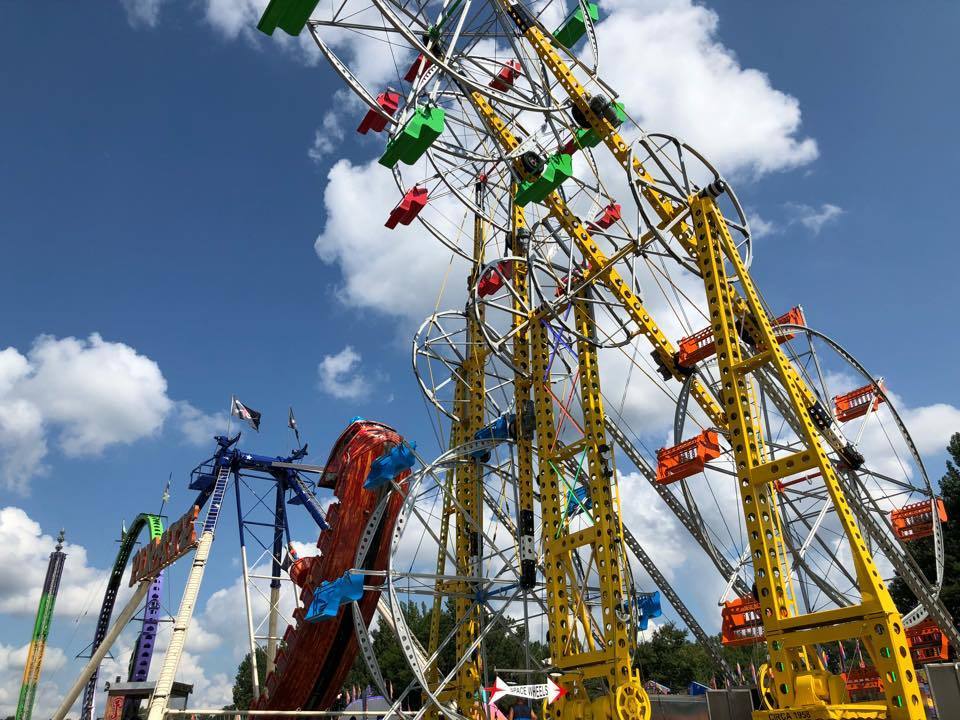 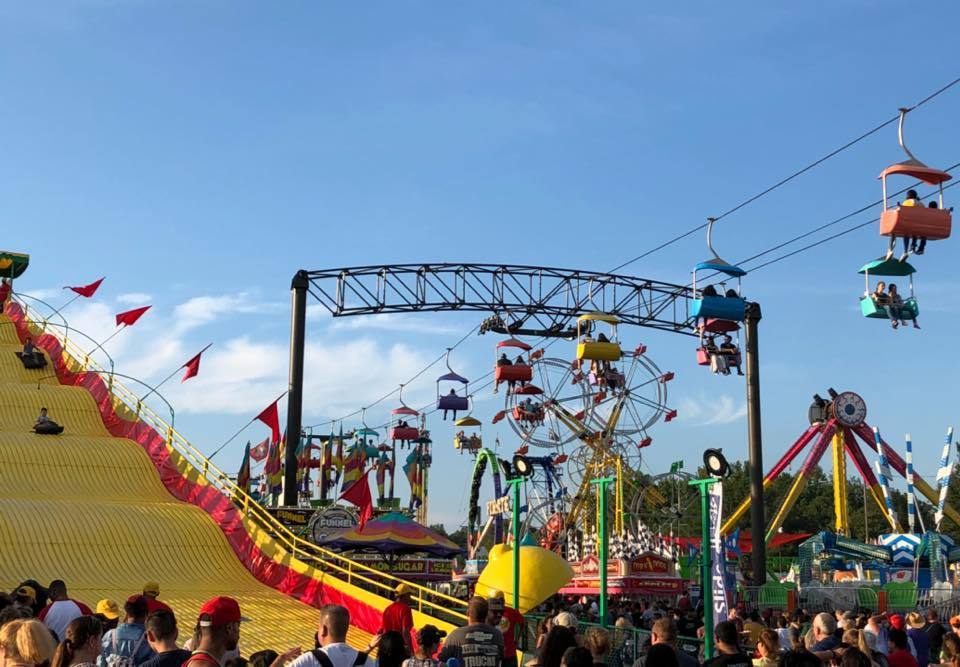