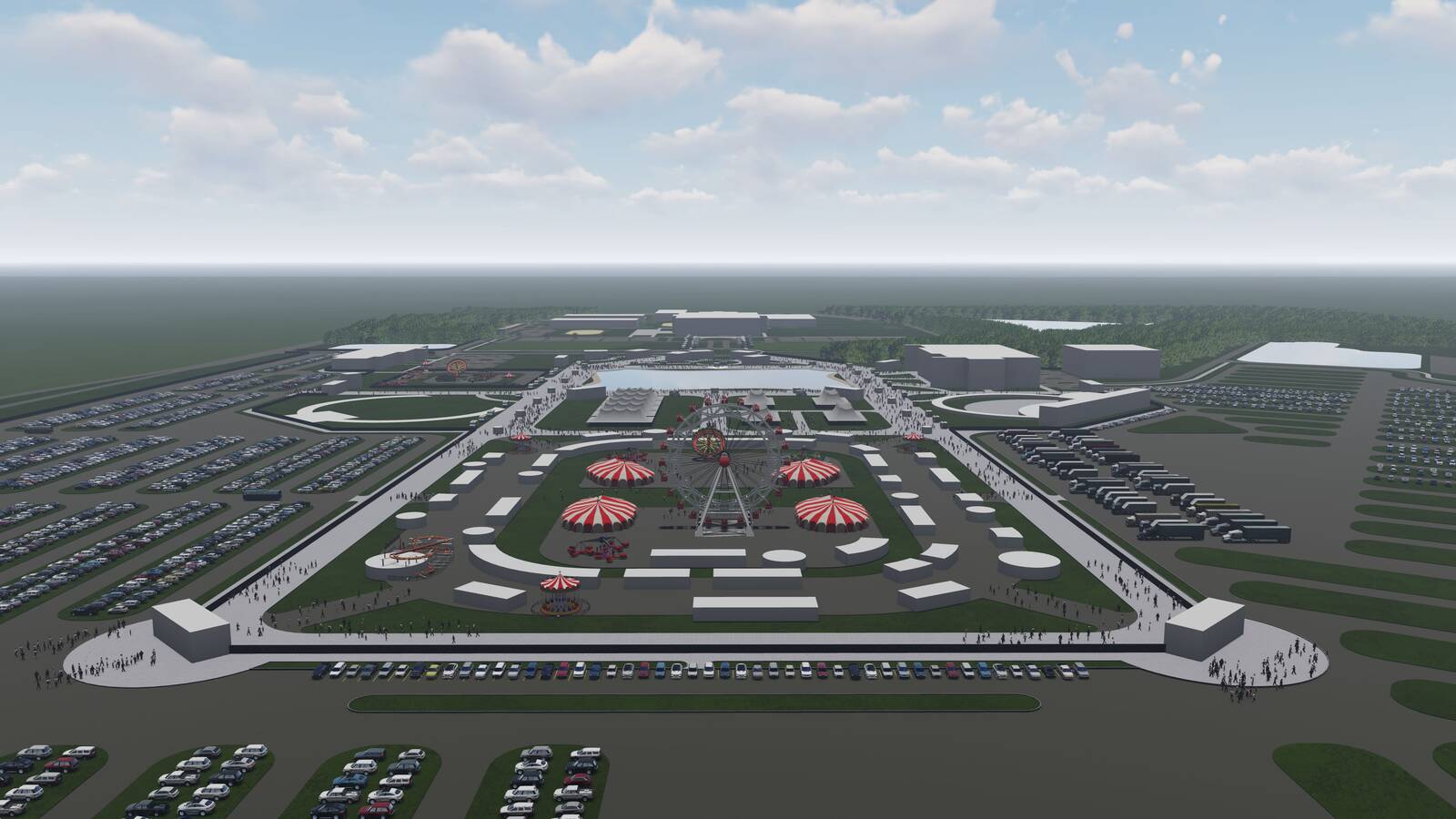 Sometimes it's better to lease than to own. In an innovative, three-way real estate deal that will more than double its size and help solve parking and traffic issues endemic to many downtown areas, the Greater Jacksonville Agricultural Fair Association is selling it's fairgrounds and entering into a long-term lease agreement with the city for property at the other side of town.

The city's famed feline football franchise – the Jacksonville Jaguars – reached an agreement in late April to purchase the 14.1-acre parcel – home to the fair since 1990 – which is also adjacent to TIAA Bank Field, the home lair of the Jaguars.  The fair's new home will be 80 acres in West Jacksonville, which the association will lease from the city of Jacksonville, which has already  earmarked $15 million in the relocation out of Downtown and has promised to have the new property “construction-ready” this year.

The move – which has been under discussion for more than a decade – is a logical win-win for the city of Jacksonville – both the hometown team and the hometown fair – now has room to grow. The Jacksonville Fair also has the rare opportunity for a long-established event, creating a brand new, 21st century fairground.

According to Bill Olson, President & CEO, Jacksonville Fair, both the lease arrangement with the city – for a period reportedly of upwards of 75 years – and proceeds from the property sale – will enable the fair to invest an estimated $20 million in infrastructure and new construction. Plans include a 40,000- to 60,000-square-foot event & expo center; administrative offices; a warehouse-style storage facility; and entertainment/event venue, either a grandstand or an amphitheater, depending on which design plan is finally approved.

“It's exciting because we are going to build exactly what we need,” said Olson. “We are working with Belle City Amusements for the midway. In the old spot it was basically a parking lot they set up, so you had work around medians and islands.”

“It's a blank canvas,” said Charles Panacek, Belle City Amusements, who has been deeply involved with the design process.  “We're talking the time to do it the right way the first time. One of the things especially we can have is good sewer and drainage throughout the entire midway.”

Another essential infrastructure item on Panacek's list is making sure the midway is powered by the city's grid, and not through generators or other means. Three years ago, Panacek was instrumental in the greening of the Florida Strawberry Festival by transitioning away from generators to Plant City power. “We worked with the festival and the city to make the Florida Strawberry Festival 100 percent city power.  The most important thing is the green factor, and you are not putting exhausts in the air and using gasoline to power your midway. You want a clean and reliable, cost-efficient, source of electricity, especially as we are seeing this year with fuel prices spiking.”

With the additional acreage, Panacek is also looking to expand the midway, but not simply by adding more rides. “We will have much more room, but we already bring more than 60 rides to that fair. There may be a few more rides, but it's more about a new layout. We can now a have a separate Kiddie Land. We have seen at the other events the parents more comfortable when they are away from the main midway. We are planning many amenities for families. We look forward to working with Bill and his staff on the new layout.”

A new grounds and facilities will also aid the steady venue rental business the association has created, hosting an average of 45 events per year, according to Olson. “We hope to hope to expand our rental opportunities. We are the biggest city in Northeast Florida, with well over one million people in a 20 mile radius. We have events year round, and now you add a new expo hall and concerts into the mix. We've been missing out on that revenue with the downtown facilities.” 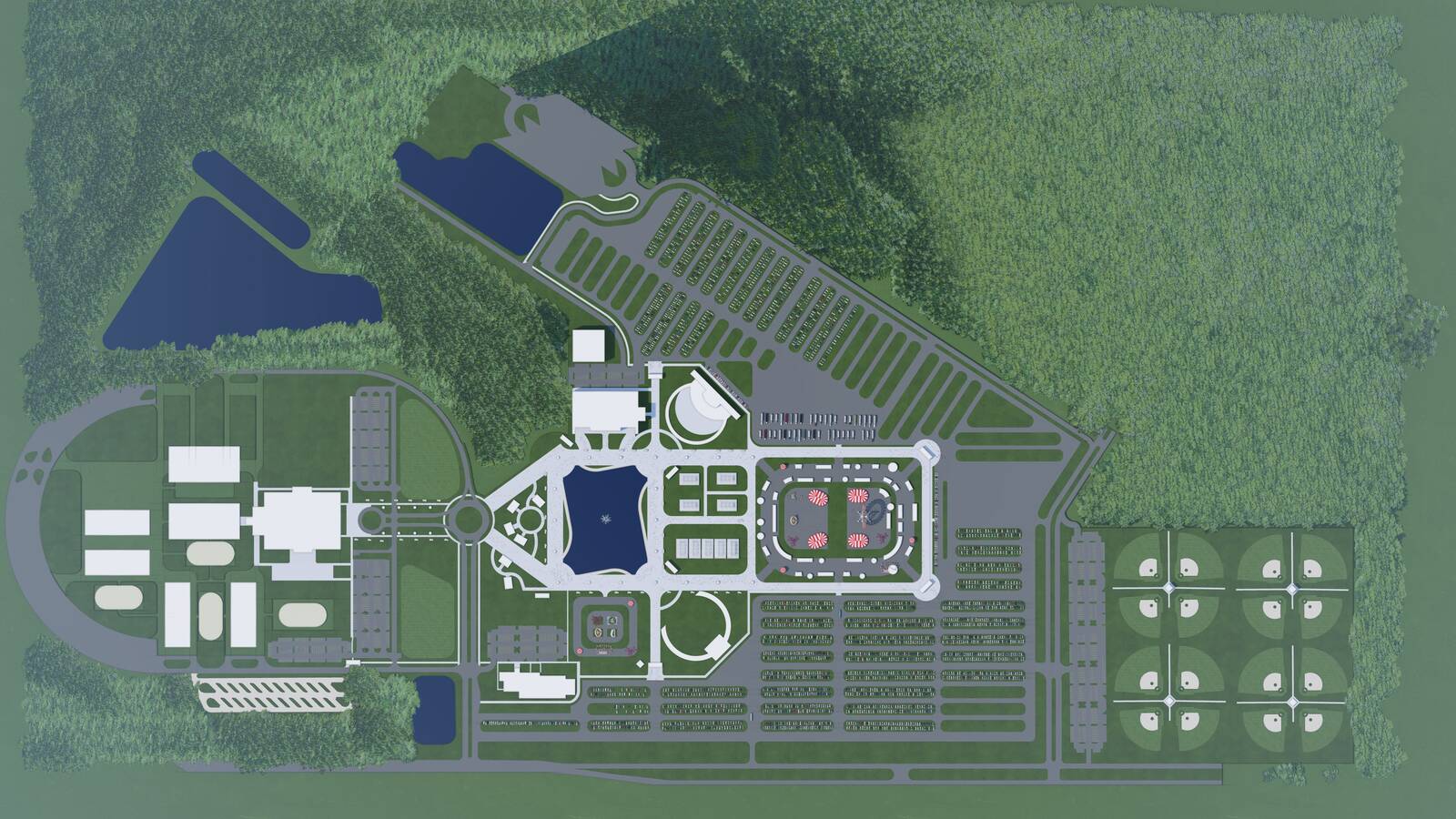 The Jacksonville Fair presents a demonstrative model for the evolution of fairs as they respond to population growth and urban development. What happens to a fair when that local in the local fair booms? The Jacksonville Florida Fair is located in downtown Jacksonville, a city that has experienced steady growth for more than a decade and has been the 12th largest city in the United States. This unique late-season fair – with its emphasis on “educating, enlightening and informing the people of North Florida about science, the arts, agriculture and horticulture,” according to its website – was crucial in the city's growth as a destination.

Even more locally, the fairgrounds helped focus that growth on downtown Jacksonville, eventually spurring the creation of the Downtown Sports Complex,  in addition to the football stadium, includes 121 Financial Ballpark and the Vystar Veterans Memorial Arena.  When a sporting event takes place simultaneously with a Jacksonville Fair day or Jacksonville Fairground-hosted event, parking can be nightmarish, with event attendees more easily persuaded to stay home than sport fans.

“People won't come to the fair or events because of the parking,” said Olson. “The city controls the parking lots around us and we are competing with other events at the fair. Last year when we should have been busy, James Taylor was playing a sold-out show at the arena. It's easy to surmise that people stayed away from the fair because of the parking.”

On non-event days, the fairgrounds was rented for parking, a significant revenue stream for the association, which is forecasted to be made up by additional event revenue with the new convention and concert venues.  But, not only is the fairgrounds not alone in transforming a new section of Jacksonville into a destination and economic engine, it has the most synergistic neighbors in town, the city-owned Equestrian Center.
“We will be able to attract a new audience to our exhibits because that area of Jacksonville is more rural,” he said. “It will also help our livestock shows. People didn't like parking their trailers in downtown Jacksonville.”

The new fairgrounds is expected to be ready by 2024, but the immediate task is on creating state-of-the-art fairgrounds. “We are in the design phase now, and we want to make sure to get that right before we set a date.” 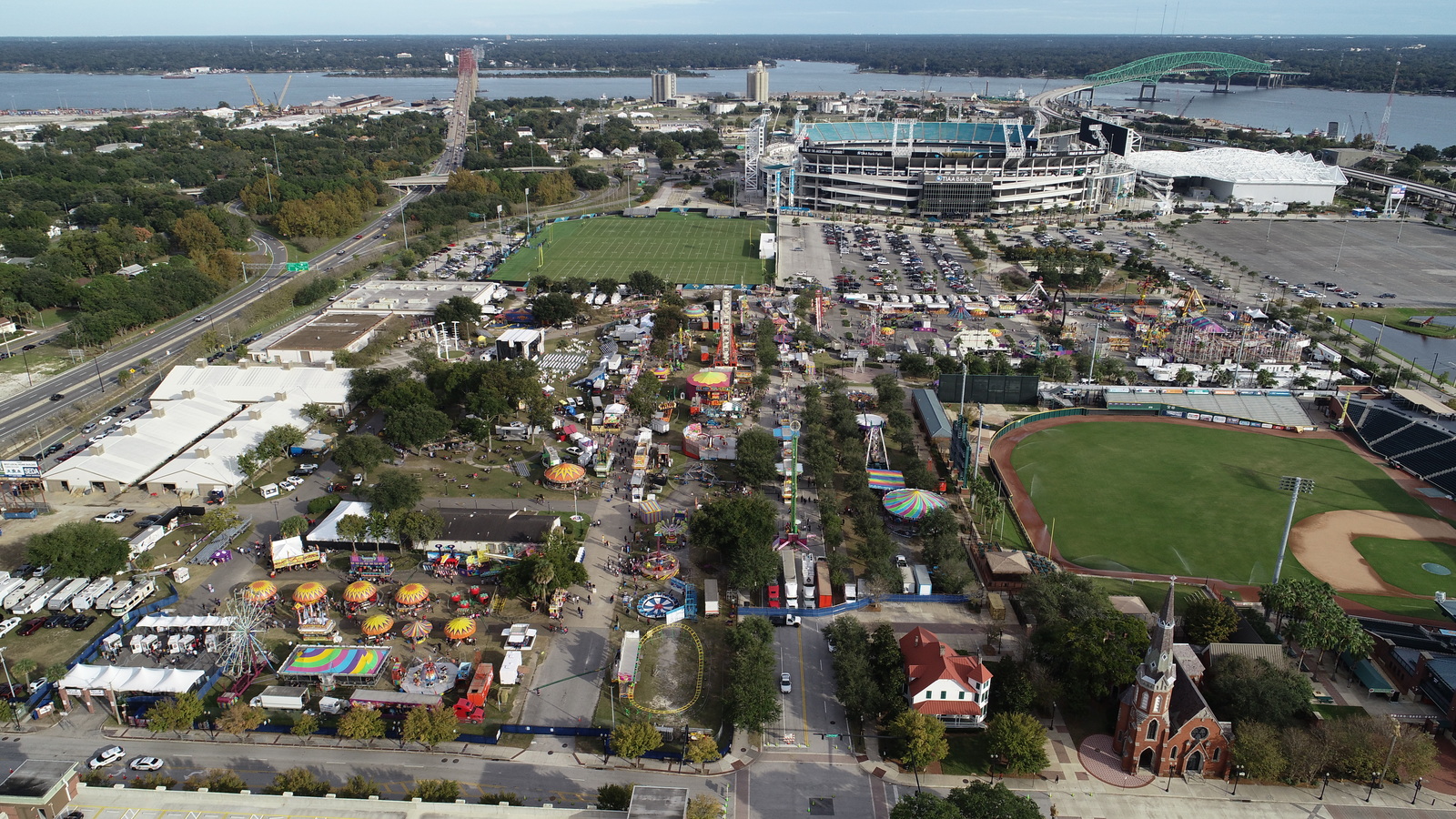