Ivan Arnold Leaves Behind a Storied Career, His work impacted the IISA and Museum of the American Carnival 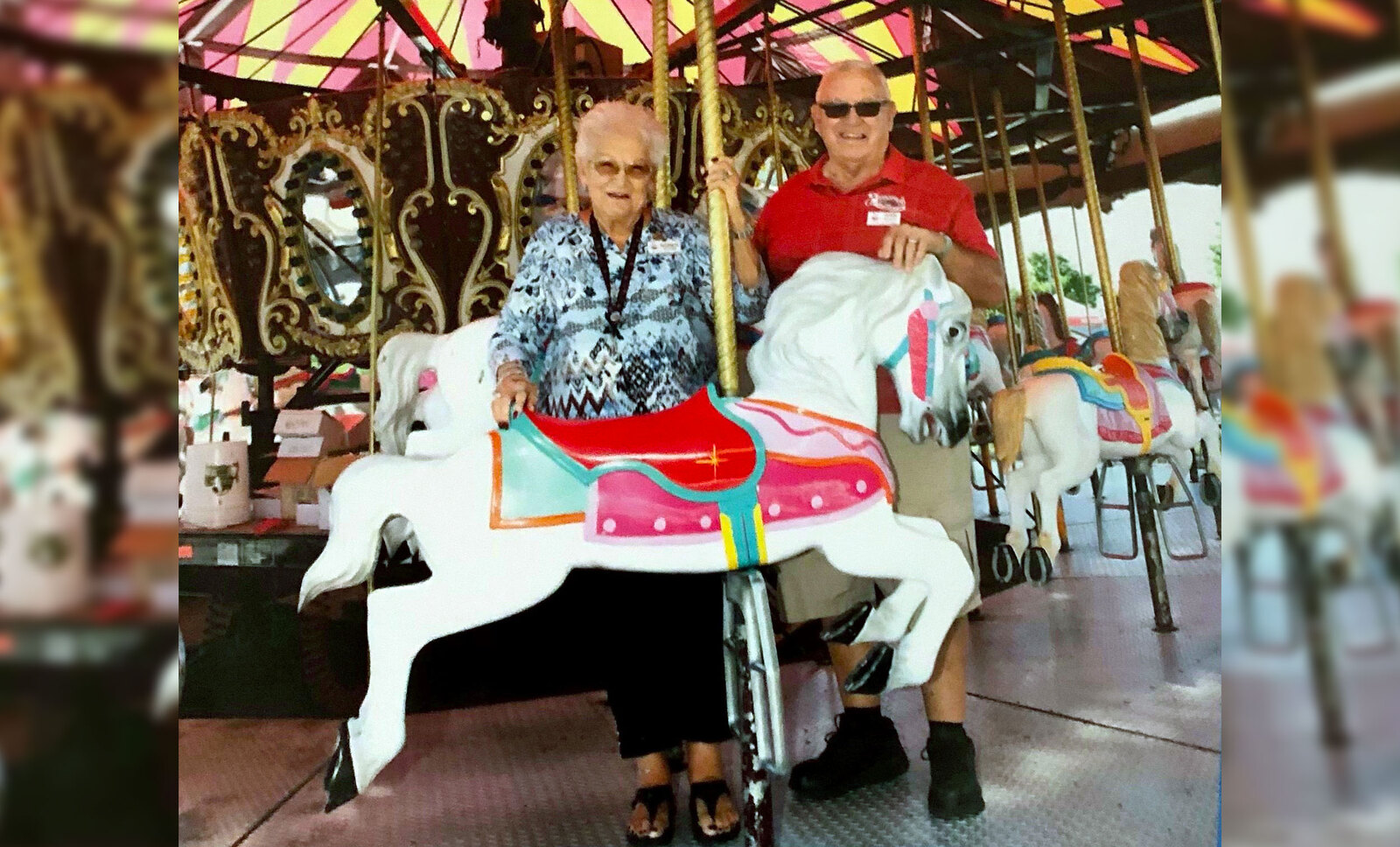 Ivan and Anges Arnold - Enjoying the Carousel of Life

Industry veteran Ivan Arnold, passed away on February 4th.  He leaves behind a rich legacy and big shoes to fill.  Arnold's family boasts a closeness and love for the industry.  His children, Tom, Sandy, and Jon, look forward to continuing their father's dream and operating the family business.  As they continue their 2021 season, the Arnold family will approach each event with their father's spirit: enjoying the smiles on the midway and doing whatever it takes to keep the show looking great and running smoothly.

Arnold got involved in the carnival business when he was just 8 years old.  He lived on the street behind the fairgrounds in Traverse City, Michigan, and was always fascinated when the carnival would come to town.  At that time, Happyland Shows played the fair and Bob Reid allowed Arnold to carry the wooden stakes used to lay out the lot.  Eventually, he worked his way up and Pat and Buster Anderson gave Arnold a job working in their game concessions in 1966.  “After that, he bought his first rides, the Swingin Gym and the Tempest, and then kept growing his equipment line from there,” says Sandy Schmidt, Arnold's Daughter. 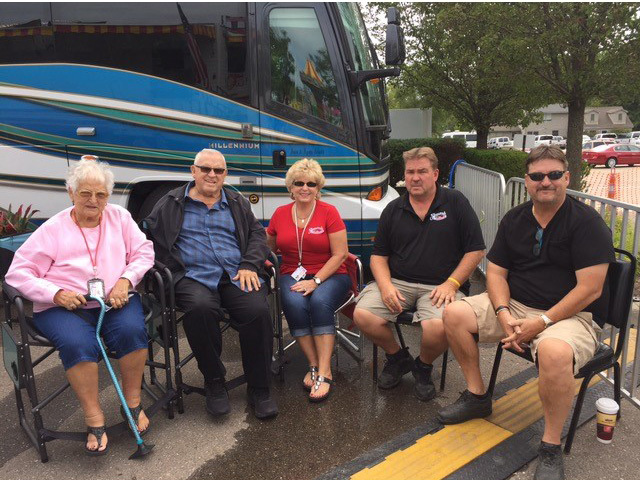 Next, Arnold became a unit manager for WG Wade Shows and worked there until the show was sold in 1979.  “In 1980, he started Arnold Amusements with about 12 rides,” says Schmidt.  A man of his word, Arnold was able to build a route traveling town to town, signing contracts with a handshake.  “He never met a stranger and he had the absolute highest standards.  If his name was on it, it had to look clean and sharp,” says Schmidt.

Originally, the show traveled only in Michigan and the route has since grown to include Tennessee, Alabama, and Florida, according to Arnold's son, Tom.  Arnold's wife, Agnes, was along for the whole ride.  The couple was married in 1958 and Agnes would often take on the bookkeeping role on the show.  “We all were in the business together,” says Schmidt. “Our parents were very adamant about schooling so we would go to school Monday to Friday and then work on the show on the weekends and in the Summer,” she says.  According to Tom, the Arnold kids were “jacks of all trades;” “We were driving semis at 16.  We basically had our family as drivers and one other guy,” he says.  Schmidt started out working in food, and all three kids had to train in the ticket boxes.  “Back in the day, each ride had its own ticket box,” says Schmidt. 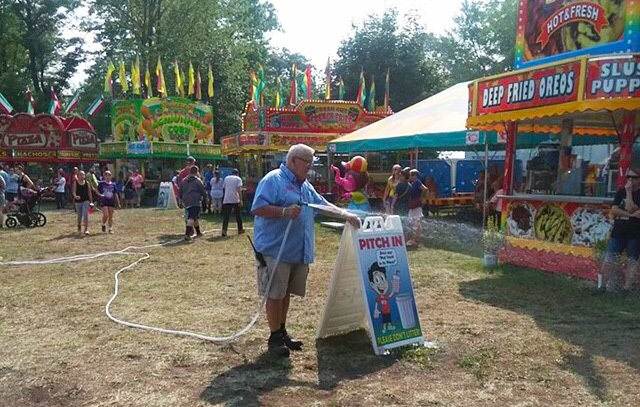 Currently, Arnold Amusements is on its 3rd generation of showmen; Arnold's grandchildren are involved in the day to day operations on the midway. “My brothers manage Arnold Amusements and I own TJ Schmidt & Company, which was founded by my late husband Terry and myself, so we're all actively involved in the business,” says Schmidt.  Arnold stayed active on the show until his last days. “When he was on the midway he was always doing something, he never stopped,” says Schmidt.  He would ride around on his gator 4-wheeler checking everything out.  “No job was too small for my dad,” says Tom.  “He would never ask his staff to do something he wouldn't do himself.  Sometimes he would pick up trash or hose down equipment when the dust kicked up.”  When he wasn't on the midway, Arnold was in the shop, finding any chore to keep himself active.

While owning his own show was his dream, Arnold's true love was the International Independent Showmen's Association (IISA) Trade Show and the IISA Museum.  According to Schmidt, the Arnold family's vacation each year would consist of driving from Michigan down to Florida to attend the IISA Trade Show.  Eventually, the Arnold family moved to Florida in 1977, after they hunted for houses in the area during the trade show week.  Arnold became active in the IISA and served as President and trade show coordinator.  Since then, many members of the Arnold family have held the President position including Tom, Jon, and Karen Arnold.  Currently, Schmidt's son, Kyle Schmidt, serves as the 2nd Vice President.  At one point, Arnold served as President of the Greater Tampa Showmen's Association and was always a member of the OABA and SLA. 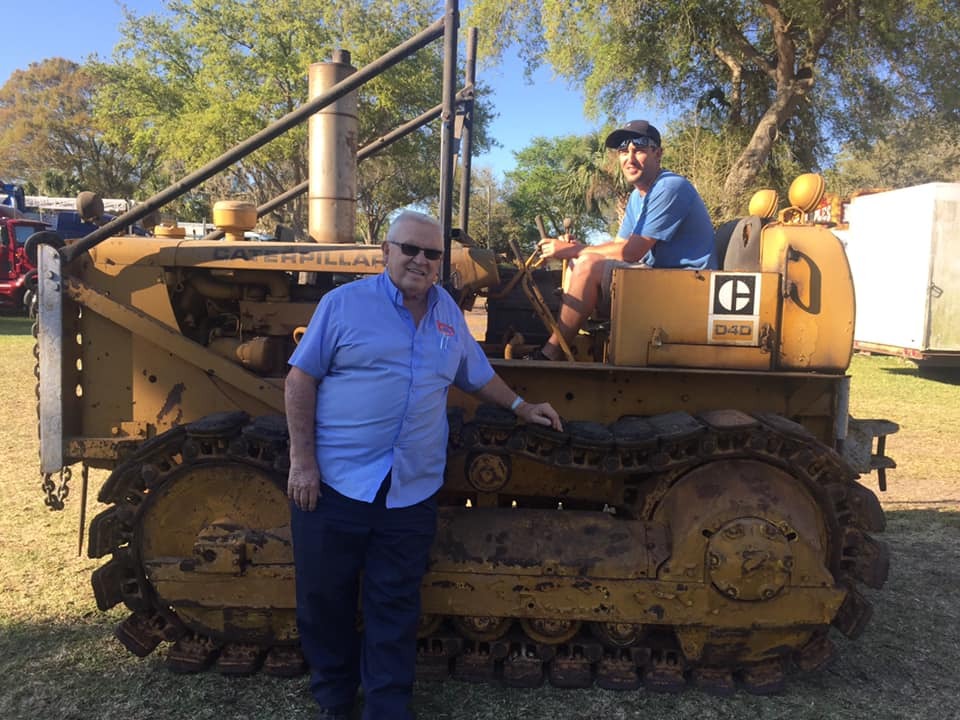 “My father served as the President of the Showmen's Museum pretty much since it's inception,” says Schmidt. Very recently, Tom was installed as President, continuing his father's legacy.  “The museum was my dad's life dream and he worked tirelessly to get it built. He got all of the wagons from Royal American Shows; it took him 2 years to get them out of the woods and my brother, Jon, restored a couple of them,” says Tom.  When he wasn't on the road with the show, Arnold could be found at the museum, finding ways to make it bigger and better; he also played a crucial role in fundraising efforts.

With even more fervor than he approached the trade show and the museum, Arnold always pursued ways to work with the special needs community.  “My father loved to play the National Cherry Festival and the Northwest Michigan Fair in our hometown; to him, there was nothing better,” says Schmidt.  To support the special needs community, Arnold would ensure they had special hours available in order to have the midway to themselves.  “Now, we have over 1,000 kids participating in our special needs day and we provide them with popcorn, cotton candy, and things like that to help give them a great day at the carnival,” says Tom.

As they continue on with their 2021 route, the Arnold family is certainly a bit lost without their patriarch but count on their strong family bond to keep them going.  Tom looked forward to participating in the 2021 Florida Strawberry Festival and enjoyed a strong run at the Hardee and DeSoto County Fairs.  He was thrilled to debut their new OMG ride, a Technical Park Looking Street Fighter, at the DeSoto County Fair earlier this year.  Arnold Amusements has a solid Florida route through May and Tom is hoping they'll be able to open in Michigan at some point this Summer. 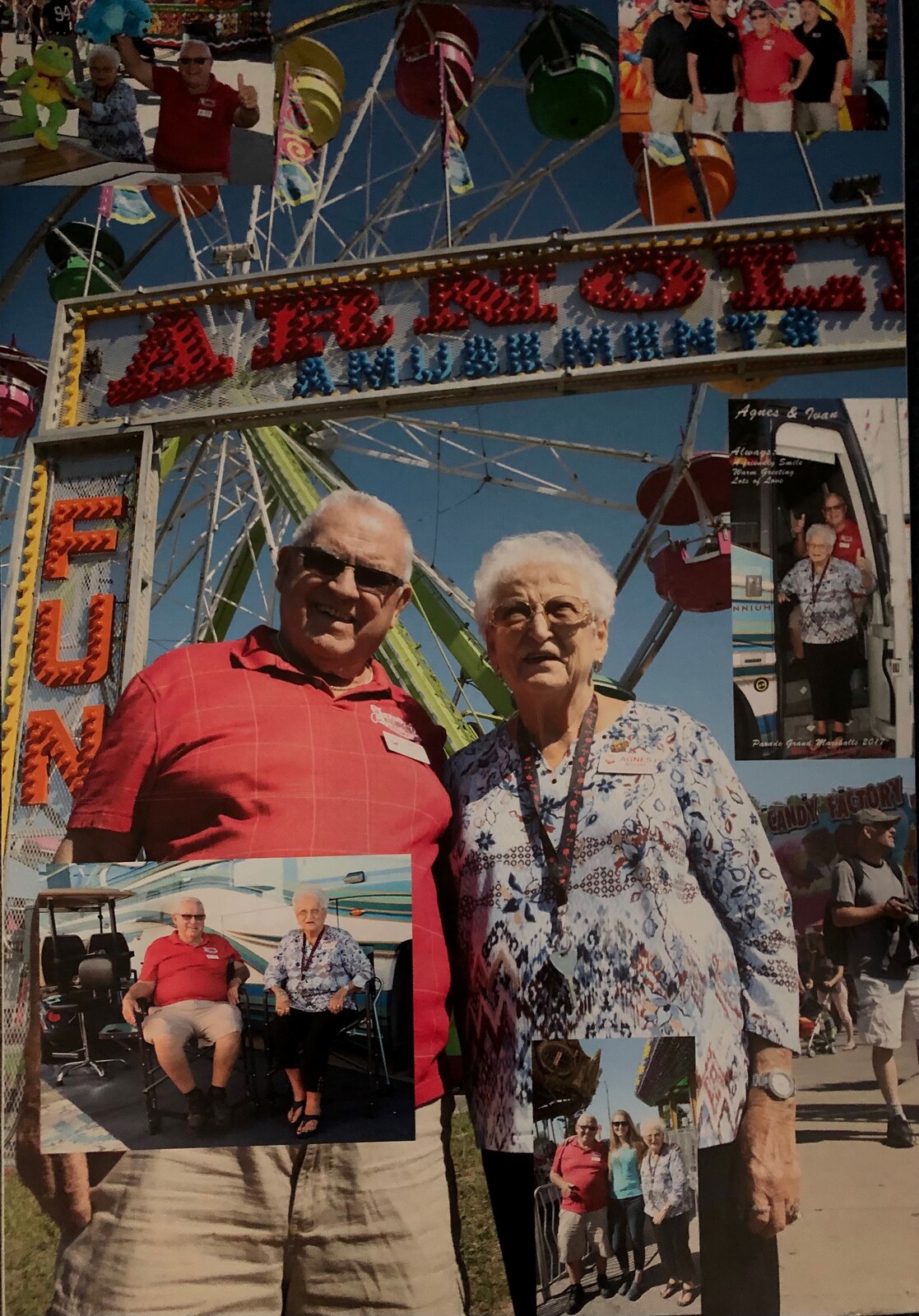 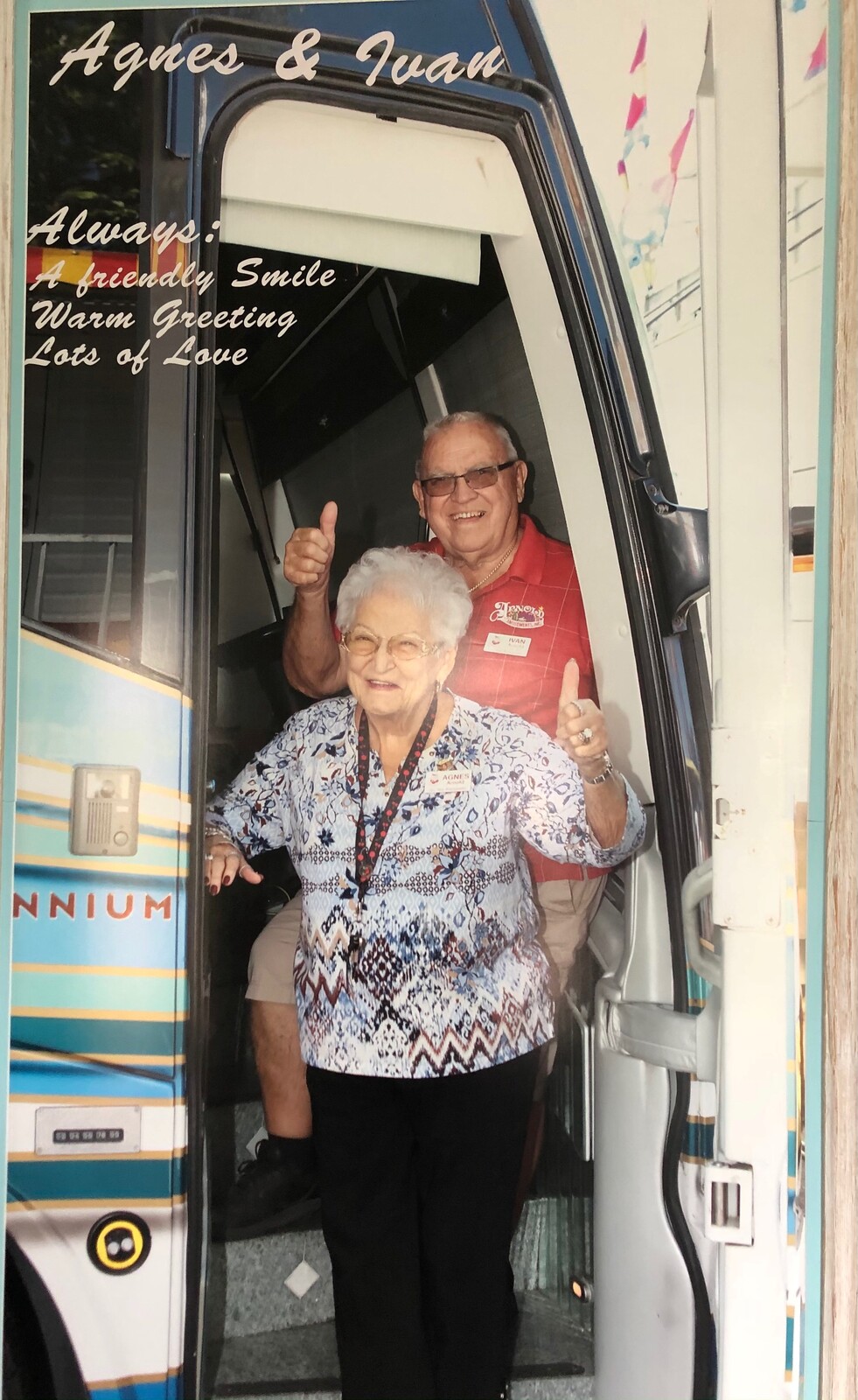 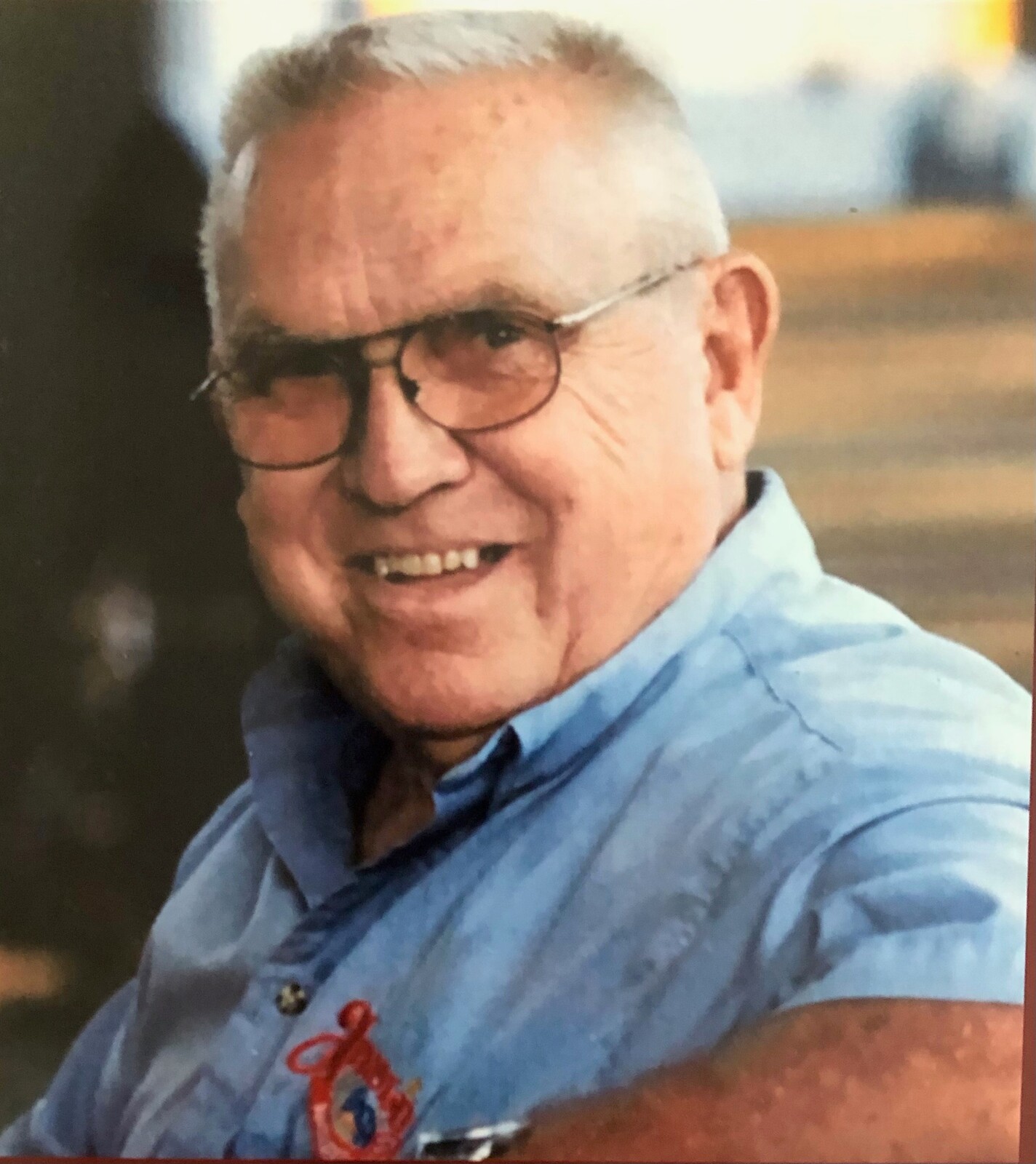 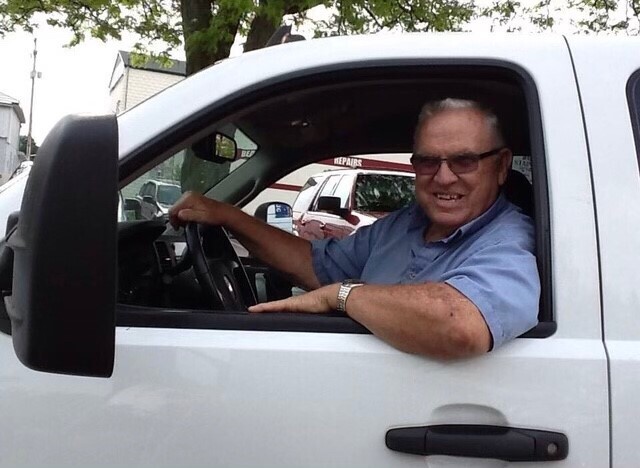 Ivan and His Grandson Alex working on the IISA Museum

Ivan and Anges Arnold - Enjoying the Carousel of Life