Instead of Canceling 2020, Texas Events Reschedule for November
Events work with carnival provider and vendors to reschedule dates 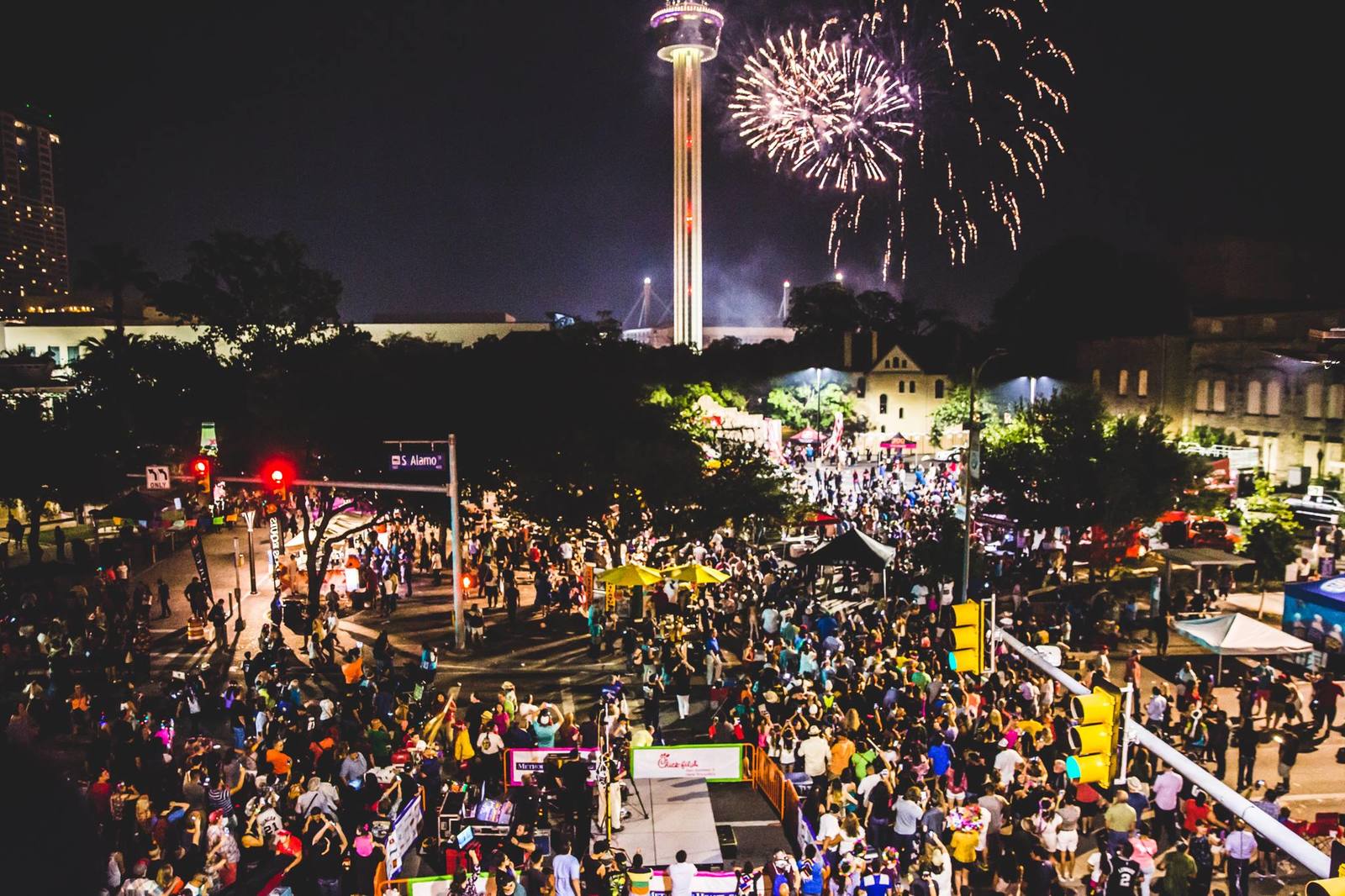 FIESTA SAN ANTONIO RESCHEDULES TO NOVEMBER
The Fiesta Commission plans to reschedule their April event to November rather cancel the event for the year.

Spring may be barely a month old, but it seems no hyperbole to declare 2020 the worst fair season in the industry's history. The historic COVID-19 pandemic necessitated a national prohibition of public gatherings of any kind, leading to a cavalcade of fairs, festivals and outdoor events not being permitted to be held. April and May have essentially been lost, and despite some states reopening last week, there's no certainty if the ban will be lifted by summer in all places.

The cancellation of a live event causes a negative economic impact on all the parties involved, but for the fair industry, the effects of event cancellation can ripple throughout a community.

Annual traditions dating back decades, sometimes centuries, fairs and festivals not only strengthen and unify communities, but are celebrations of identity, prosperity, community spirit and legacy. Events express the present while paying tribute to the cornerstones on which that present was built.

More often than not, the annual fair is the largest fundraising activity for community nonprofits and without that necessary infusion of revenue, these organizations cutback activities and may even cease to function. 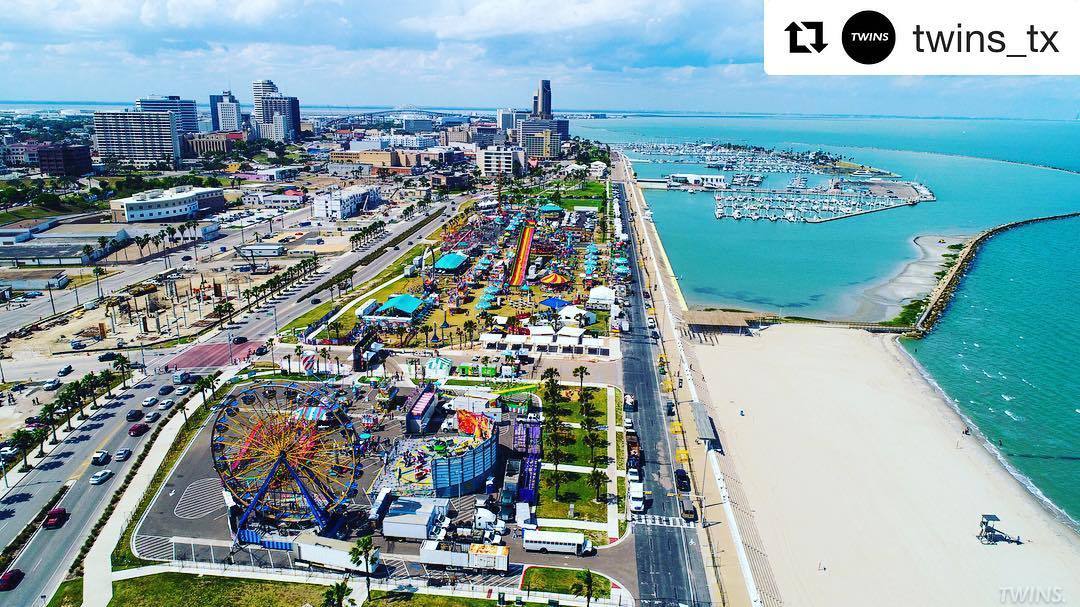 Two high-profile April events in Texas – Fiesta San Antonio and Buccaneer Days, held in Corpus Christi – announced that the 2020 show will go on, but more than six months later. Both events have long histories and are essential fundraising catalysts for nonprofit organizations in their respective cities.

Cancellation or postponement is a choice no fair manager wants to make, both decisions carry their own added pressures and repercussions. But cancellation seems to be the only action to take for most fairs and outdoor events; the more uncommon choice is postponement.

The International Associations of Fairs & Expositions (IAFE) who has been collecting Pandemic-impact data on its member events, found that out of all the fairs and other events prohibited from taking place in March, April and May, only Fiesta San Antonio, Buc Days, and Poteet Strawberry Festival in Poteet Texas announced a postponement. “Cancellation is the trend, said Marla J. Calico, President & CEO, IAFE. “In our database of members, we had 41 fairs with dates from Houston closure (March 11) through end of May.”

But those moving the dates to later in the year face logistical hurdles and other challenges. Few industries are as fettered to the calendar as the fair industry. Nearly every vendor, carnival company and entertainer – from the strolling juggler to the Nashville headliner – have dates booked throughout the year and finding days and nights that work for the often hundreds of cogs turning to make the machinery of any outdoor event achieve velocity.


The key to making the transition to later in the year less risky is communication.  “I applaud both these events for taking the initiative and taking decisive actions,” said Frank Zaitshik of Wade Shows, the midway provider for Fiesta San Antonio and Buc Days. “They made tough, but really great decisions, minimizing the various stakeholders' potential loss, and they rescheduled the events for a time that worked for the greatest amount of individuals to participate. We worked hand in hand, but I wasn't their only consideration. I appreciate them putting me into the discussion groups.”

Wade Shows acknowledged that so far, postponement has been the exception that's far from the rule. “I encourage all events to explore every available option when considering cancelling or postponing.  What is a wise decision for one event may not work for another.  The best option from my perspective is to decide while you still have options -- that is the fairest thing for all and prudent way to decide.  Most of the events have not gotten to the postponement phase yet, but we have given some that were considering it the option of alternative dates.” 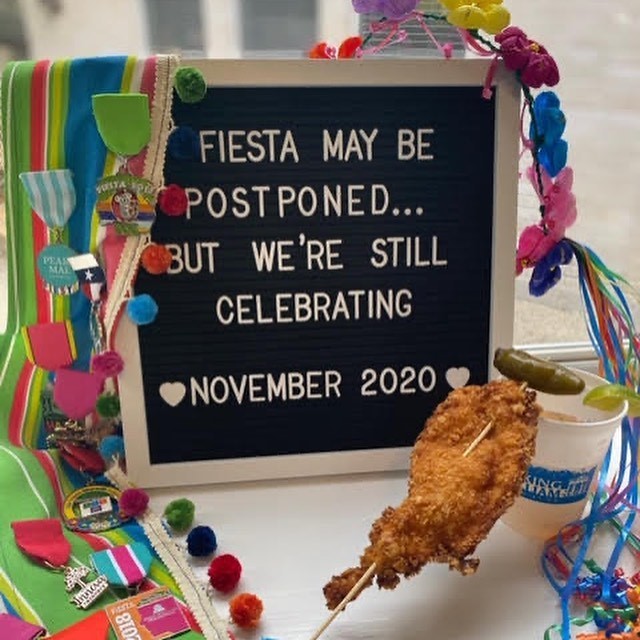 Of course the problem is that any year's calendar has a finite number of days, and most fairs, especially in the North, will find it difficult to reschedule calendar dates. As of press time, the cancellation wave has hit many large scale California Fairs following Governor Gavin Newsom's strict guidance on large outdoor events.  The San Diego County Fair (June 5 - July 5) and California State Fair (July 17 to Aug. 2) are among headlining events to announce cancelations.

The new dates for the Texas events are November 10-15 for Fiesta San Antonio and November 19-29 for Buccaneer Days.

The decision to not to hold Fiesta San Antonio in April was made on March 12, according to Amy Shaw, Executive Director. “We had been watching it closely from February, we were making plans for more hand sanitizers and cleaning crews, but it became clear that our start date of April 16 would not happen,” she said.

Fiesta San Antonio is truly a city-wide event, with nearly 200 organizations, most of whom are nonprofits, holding events throughout the city and its those individual events that raise much needed funds for each organization. “We do accreditation reviews of our participating groups every five years, and we knew that having the Fiesta at all in 2020 would be financially  a much bigger hardship than holding it later in the year.”

About 16 of the participating events that make up Fiesta San Antonio were unable to transition to the fall. To keep interest alive – and to satiate the annual Fiesta fever felt by citizens of a city now under quarantine with stay at home orders – a local ABC affiliate is rebroadcasting coverage of the parades and other events during the original April dates. Citizens are also being encouraged to decorate their homes with their traditional Fiesta decorations.

The coronavirus has disrupted the event in different ways. Fiesta San Antonio is known for its souvenir medals – participating organizations create a new medal each year commemorating the Fiesta – the commission produces seven different medals. Most if not all of these commemorative items are manufactured in China.  “We order ours in the summer, but I know of a number of people who wouldn't have gotten theirs by April,” said Shaw.

Shaw and her team may be working remotely from home, but there's no rest for the weary in Texas. Not only are they figuring out the logistics for a November fair, they now will have only five months to finalize plans for the 2021 Fiesta San Antonio, which returns to its traditional April calendar spot.  “It's all about time management and we'll get it done,” said Shaw. “But we will be working on two Fiesta from May through December.”

Known regionally simply as Buc Days , this pirate-themed extravaganza  held on the Corpus Christi Bayfront since 1938 attracts more than 120,000 attendees, boasts two parades and is a spring stop on the ProRodeo circuit. Since 1996, proceeds from Buc Days have been used to award more than $1 million in college scholarships. The 2020 edition of the event was relocated to the grounds surrounding the state-of-the-art American Bank Center.

Once the Houston Livestock Show & Rodeo cancelled, the Buccaneer Commission, “began making contingency plans,” said Johnny Philipello, President & CEE.  “We wanted to keep the community safe, so we knew we couldn't go on in April."

Advertising for the event had already begun. “We already started our marketing efforts, but it was not a significant outlay of cash,” he said. “We were able to shift the rest of it to later in the year, our media partners were very understanding for the most part. From a customer perspective, it allowed them to transfer the tickets to the new dates.”

A few commercial vendors dropped out due to existing contractual obligations, but Philipello said the new dates might attract a new audience. “Schools are closed, kids are back home from college, it's a perfect time for families to get together and enjoy a special Buc Days.”

Philipello admits that we surprised by the level of cooperation he received. “We didn't lose any sponsors,” said he. “Talking to our city leaders, they were all on board. The ease of the agencies and the entertainment we had signed was very satisfying. They rolled with the punches and we've not lost any of our entertainment. Everyone is willing to do what it takes to have a Buc Days in November.”

The PRCA was perhaps the one component Philipello felt the most apprehensive about. April is still early in the professional rodeo circuit, the November dates places the Corpus Christi competition the last one before the finals.

“In the rodeo world, it was very controversial,” he said. “I was a little concerned because the finals are seeded with millions of dollars, big money. I was afraid the riders wouldn't want to risk it, but they told me that because it will be the last rodeo before the finals, it will get more attention. They're using it as their last warm-up before the finals.”

The decision to postpone instead of cancel took many factors into account, and while it won't be easy planning the 2021 Buc Days while working to make the 2020 Buc Days a success, at least the mission of the organization remains intact. “It's better than losing those scholarships,” said Philipello.  “I think by then people will really want to celebrate and be with each other again.”

The Fiesta Commission plans to reschedule their April event to November rather cancel the event for the year.