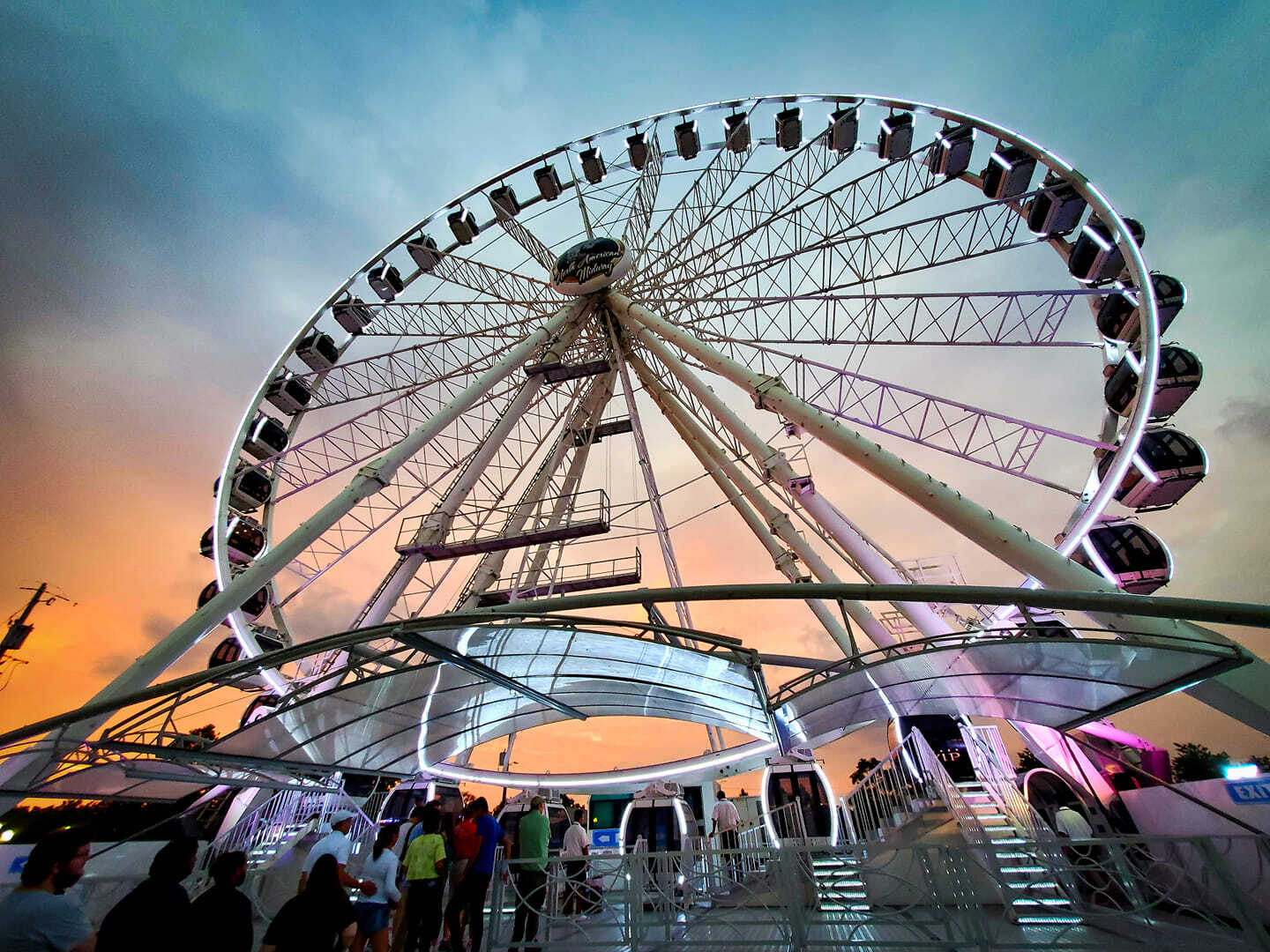 If you're bringing back a fair after missing a whole year, it pays to know your audience. The Indiana State Fair went straight into the heart of the heartland by marketing the comeback event as Celebrating the Hoosier Spirit!

Social media did most of the heavy marketing lifting, as the fair retained active communication through multiple platforms with its followers and customer base. The tagline struck a chord, appealing to the pride of having come through this ongoing global health crisis together.

“We dedicated the State's largest event to the resiliency of our state's people,” said Sharon Smith, Director of Communications, Indiana State Fair Commission and Indiana State Fairgrounds & Event Center. “Social media is always a key marketing tool for many reasons, but this year we used it to showcase the event experience that guests could expect when arriving. Another outcome of the pandemic is the importance of pre-event communication and customers consuming it prior to attending events.” 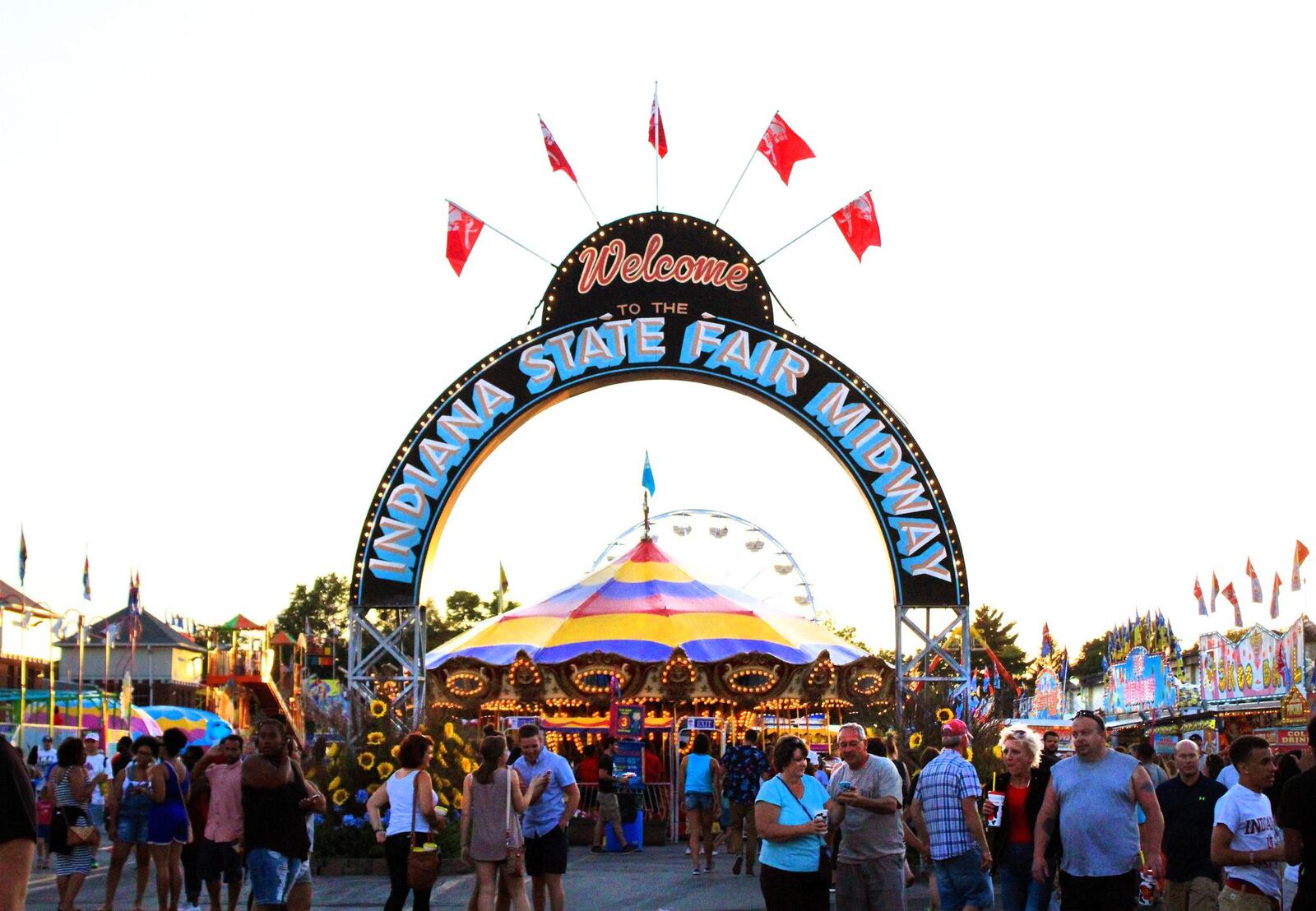 “Indiana is a great stop,” said Lynda Franc, Corporate Marketing Director, NAME. “The fair is really a homecoming for the people of the state. We made a big splash with the debut, and we wanted to feel special, to really ‘celebrate' the Hoosier Sprit with their own Ferris Wheel, which was the top grossing ride.”

Other midway debuts include a Double Decker Carousel, Crazy Cab and New York Funhouse.  “You want to create excitement, which the new wheel did. People wanted something other than the pandemic to talk about. They were very excited to be on the rides and to be outside at the fair.”

“Spending was slightly lower than 2019,” said Franc, understandable since attendance dropped 48,466 to 830,390. “After a year and half, it was inspiring to the see the people on the midway, having a good time, it gave me the chills.”

The midway featured about 50 rides, fewer than 2019 – like all carnival companies, NAME has been plagued by workforce shortages. “Hiring has been a challenge like it has been for everybody,” said Franc. “Every stop there's different challenges.”


One midway change for 2021 were dark days. The Indiana State Fair closed on Monday and Tuesday, gaining an additional weekend and some rest time for fair workers. “I think that will be a trend that will continue, it was something they never did before and it worked well,” she said. “We spend the days cleaning the equipment. It was good to a have a break in the fair.”

“We operated under a new format by extending the fair by a weekend and closing on Mondays and Tuesdays, which really spread our attendance out,” said Smith. “Guests were safe and happy. We are happy with this year's results. “Feedback has been very positive from guests and partners.”

Weather was generally cooperative, although a few intensely hot days likely suppressed attendance.  “Overall, we had great weather,” said Smith. “We did navigate heat later in the fair, with multiple days of heat index 100+.”

Last year, Smith said the fair “planned multiple fairs throughout 2020 before the ultimate cancellation and then shifted to what we could do. The team rallied and produced a modified 4-H show in August 2020 that was amazing. The staff and community's resiliency is what got us to our 2021 State Fair and all of its successes.”

Key to planning a fair when parameters and capacity restrictions were often in flux was keeping an open channel with health authorities so the fair would be fully compliant with the rules in force at the time.

“When we officially announced the 2021 State Fair in early May, we continued to be flexible with plans as things were still changing,” said Smith. “We were, and continue to be, in regular communication with our State Health Department and Governor Holcomb's office for guidance. It's through that collaboration and flexibility that lead us to hosting the 2021 Indiana State Fair.” 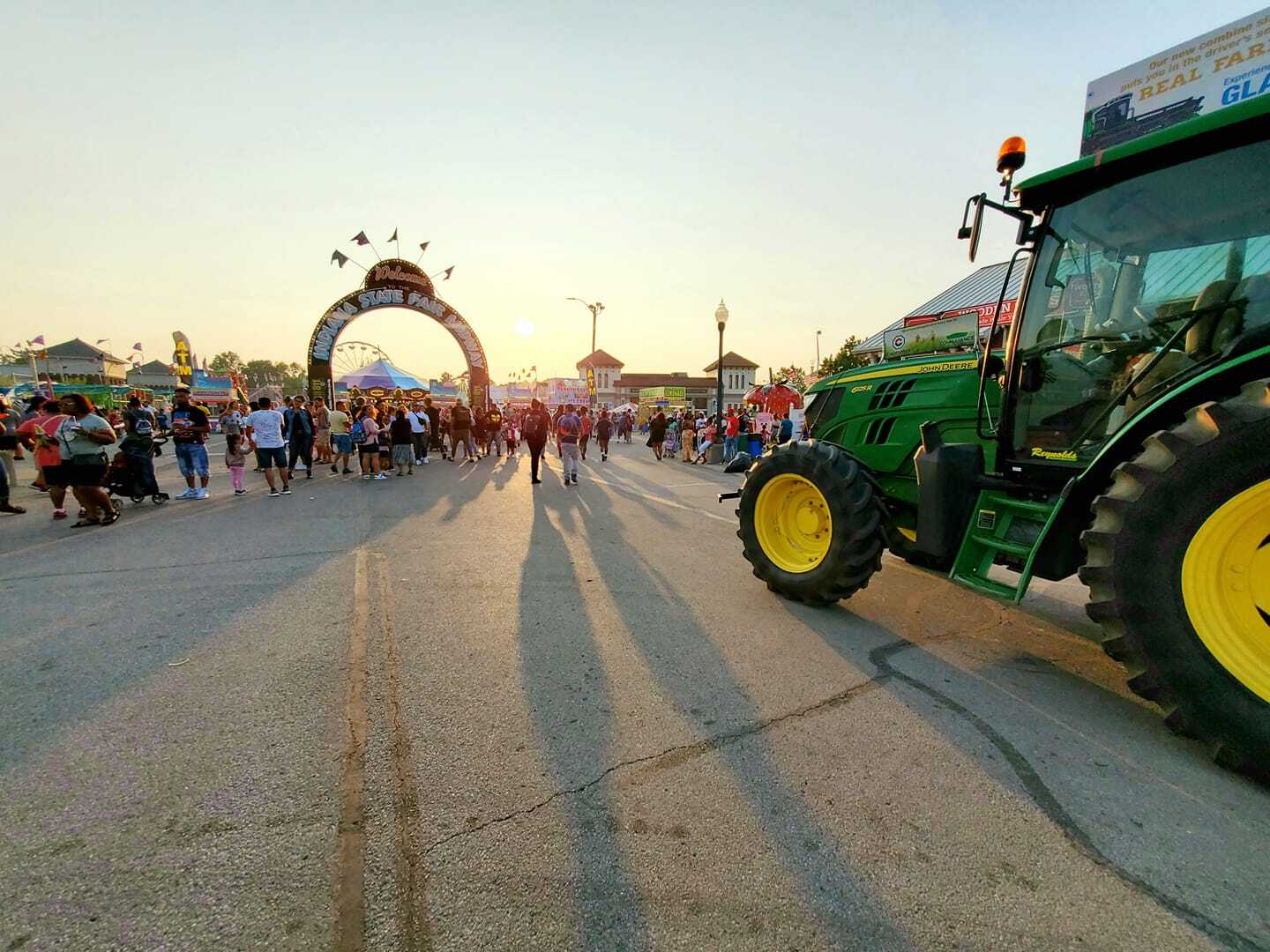 
From entertainment to vendors, not all contracts could be rolled over into 2021. “We were able to move most of our key entertainment that was confirmed from 2020 into 2021,” said Smith. “We are thankful for the support and relationships with long-term partners who stuck with us throughout the pandemic and allowed us to keep those contracts. We did have a few partners who could not return in 2021 for understandable reasons and look forward to welcoming them back in 2022. This year's State Fair looked a little bit different but overall, there was minor impact on partners and the guest experience.”

The grandstand operated with no capacity restrictions, with the most popular headliners included: The Beach Boys; Casting Crowns, For King & Country; Babyface; Josh Turner, and Mary Mary. 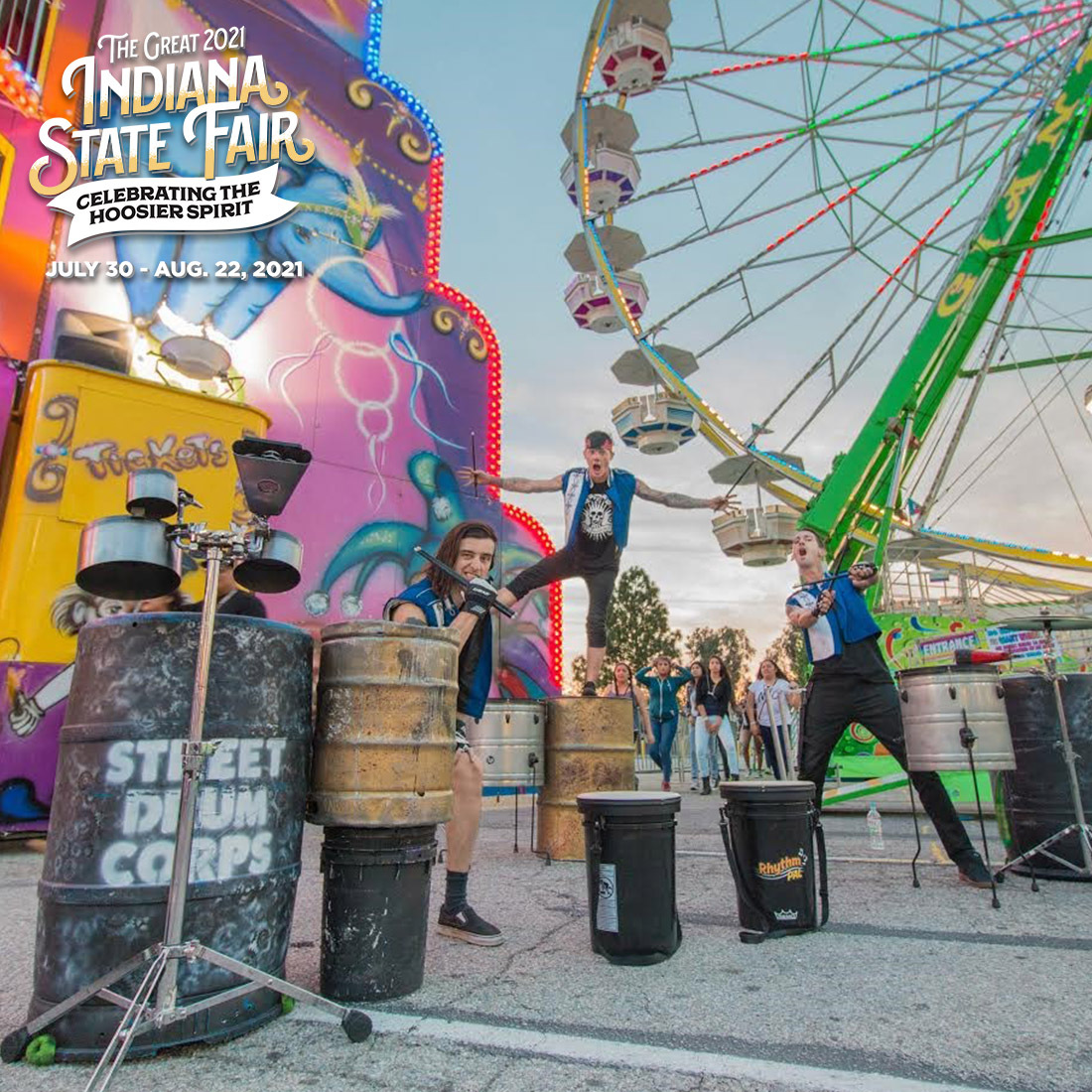 The newest attraction also proved to be the most popular with families and children, was the 18,000-sq.-ft. City of Bricks, an interactive exhibit using LEGO bricks, featuring Sean Kennney's Wild Connections and a LEGO Movie Zone. 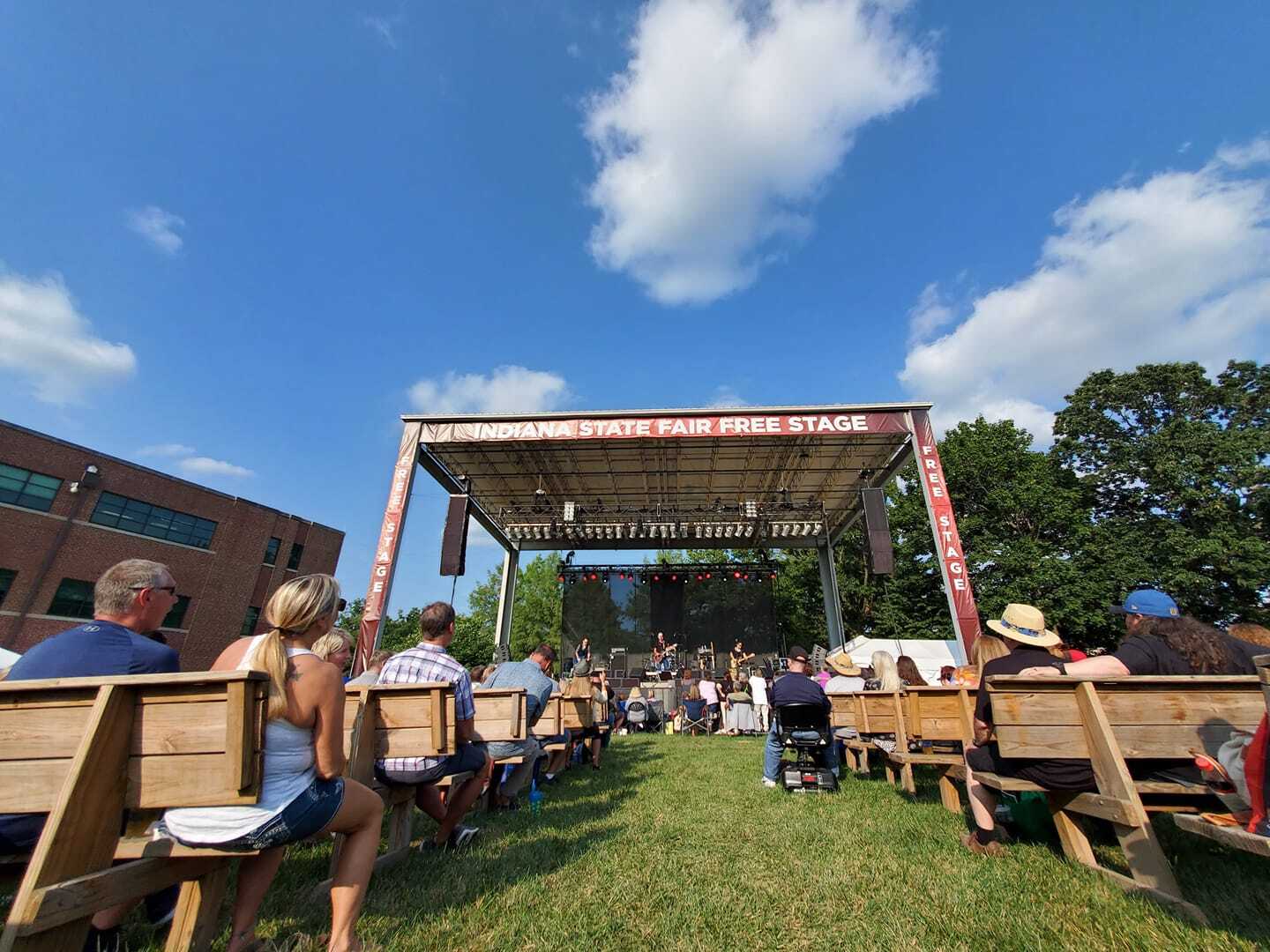 Although no masking rules were in place, other precautions that have become standard procedures continued to be implemented. “Guests also responded positively to our COVID safety measures which included more than 500 hand washing and hand sanitizing stations, hand sanitizer packets offered at the gates and a free COVID vaccination clinic.”

The fair run concluded on August 22. That month, like other states throughout the Midwest, Indiana experienced a surge in COVID cases, at one point reaching a pandemic high of 800,000 confirmed cases, nearly 600 new cases per day. But the fair seems to have not been a factor in the outbreak.

“We have not been notified of any cases traced to the State Fair,” said Smith.

The annual celebration of everything Hoosier proved  how vital fairs can be in bringing normalcy back to a community. “This year's Indiana State Fair was a great success,” said Smith. “We are so proud of our team and all that was accomplished during these uncertain times.  We are so grateful to have the opportunity to bring Hoosiers back together again!