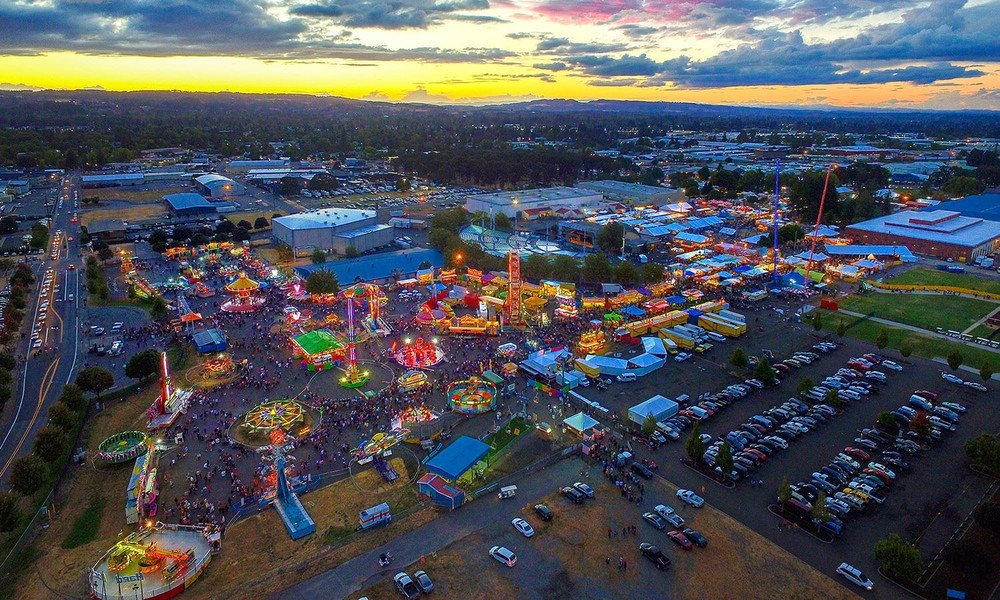 The 154th edition of the Oregon State Fair celebrated increased revenue and attendance this year. The event, which concluded Labor Day weekend in Salem, Ore., saw a gate revenue increase of over 10 percent, along with strong gains in event participation, despite a 3.8 percent dip in attendance on two extremely hot mid-week days.

According to State Fair spokesperson Dan Cox, “We are thrilled at the success of the 2019 Fair and want to give a huge thank you to the innovative thinking and participation of our vendors, exhibitors, volunteers, employees, partners and sponsors.” The focus this year was on providing a wide variety of events to please all ages.

New free-with-admission attractions for 2019 included Sea Lion Encounters brought to the fair from a marine conservation outreach program; and The Wonderful World of Sawdust that featured wood-carving, log-rolling, springboard chopping and axe-throwing honoring the uniquely Oregonian legacy of lumberjacks.

Also on hand was the 2019 Monster Truck Northwest Championship, a one-time motorsport event in the Pavilion, as well as an “all-comers” Tuff Truck competition; on Labor Day, The Oregon State Fair Demolition Derby Championship took place.

There were also a variety of fan favorites such as Dog Town, which included the Northwest K-9 Dock Diving National Championship for Fairs, as well as bombsniffing and police dog demonstrations.

Also returning was the Artisans’ Village, a popular event that gained a larger footprint and included artisanal food carts. The ever-popular All-Alaskan Pig Racing was also back. And so was the ST[+r]EAMCompetition, which also featured a larger footprint, and celebrated science, technology, math, art and reading with ORTOP robotics, a short film competition, remote-controlled cars, and 3D printed robots.

According to Cox, agriculture is “a cornerstone of the fair’s tradition and culture.” He notes that on any given year, the fair brings over 5,000 animals to the event.

An Agricultural Showcase was held at the Forster Livestock Pavilion, with educational seminars and state legislators participating in a goat milking competition.“The roots and the history of the state fair begin with agriculture. It’s always had an agricultural component to it, and it’s always celebrated all Oregon producers.”

The Weekends at the Pavilion events, from monster trucks to bull riding and the demolition derby drew a full house for the 5,000-seat venue for three of four events; and concert ticket sales also hit a high number with a dramatic increase of advance, Reserved seating tickets reached 19,467 in 2019, up from 13,516 sold in 2018.

Big name acts were part of the draw, including REO Speedwagon, the Steve Miller Band, the Commodores, and even the Beach Boys. Rounding out the top-notch line-up on Septembe 2nd, Labor Day, the iconic country-tinged sounds of Firefall, Pure Prairie League and Poco hit the stage. Free seating was available on a first-come, first-served basis; VIP tickets were $75 for the front section reserved seat or standing room only/party pit; $50 and $40 tickets were also available with reserved seating.

Along with concert tickets, competition entries were up in all categories including The Creative Living Department, the 60th edition of the Gerry Frank Chocolate Layer Cake Contest – which doubled its entry numbers, and the livestock competition.

Admission this year ranged from $1 for seniors, $6 for children, and an adult admission of $8. Carnival ride wristbands were available for $50 for unlimited rides, three games, and a medium-sized beverage. $5 advance fair tickets for adults and $37.50 wristband advance purchases were also offered to fairgoers through August 23rd.

The carnival was operated by Portland’s Rainier Amusements, which provided over 50 rides for the event; 29 major rides for thrill seekers, including the company’s two newest attractions: the Pirate Ship, and Zero Gravity. In the separate Cub Country area, there were 25 kiddie rides.The kiddie area included a number of new-to-the-fair rides, including Semi-Convoy, Crazy Dumbos, Flying Fish, and Jungle Jam. As always, erstwhile fair favorites included the traditional Big Wheel, the new Pirate Ship and Zero Gravity, the Zipper, and the Kamikaze were also big hits with fairgoers.

For those over 21 needing a break from the fun and frenzy, a popular respite with a view came at the top of the Jackman Long Building in the form of a rooftop bar. The location included live music with a view, and a variety of wine and beer to sip.