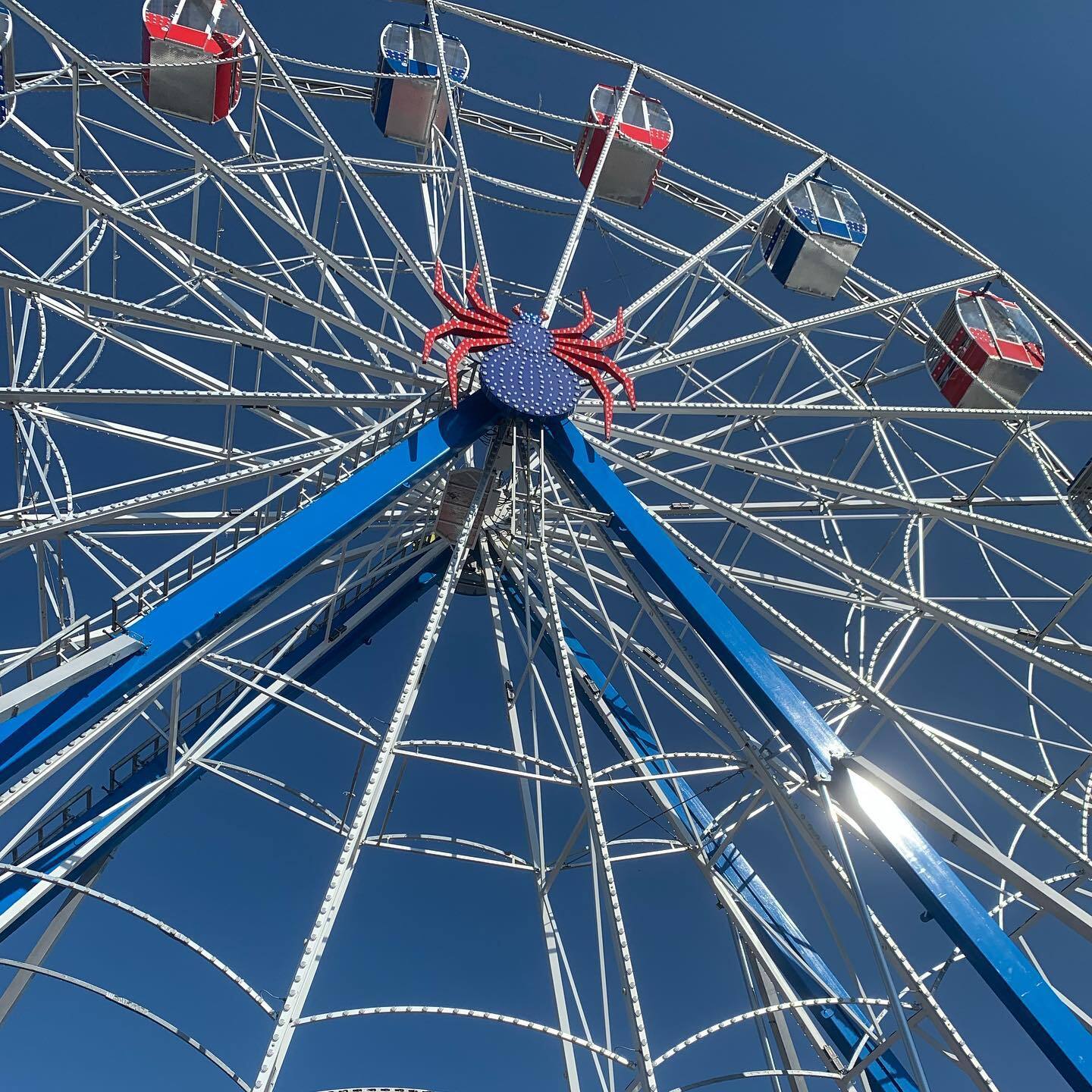 Fiesta Shows new Spider Wheel
The show took delivery of the wheel in 2020, prior to pandemic related shutdowns. The wheel made its debut on the Fiesta route in 2021.

For only the third time since its 1818 inception, the oldest continuing agricultural fair in the United States went dark in 2020. The 2021 edition of the Topsfield Fair strode the tightrope between unsure expectations and ever-changing protocols, but when the numbers were counted the event not only achieved resounding revival, but had higher attendance than the pre-pandemic fair that preceded it.

“Attendance was very strong at 516,885 which was a big increase over 2019 when we had attendance of 412,000,” said David Thompson, spokesman for the fair, who also noted that the fair's closing weekend set new records for both Saturday and Sunday. 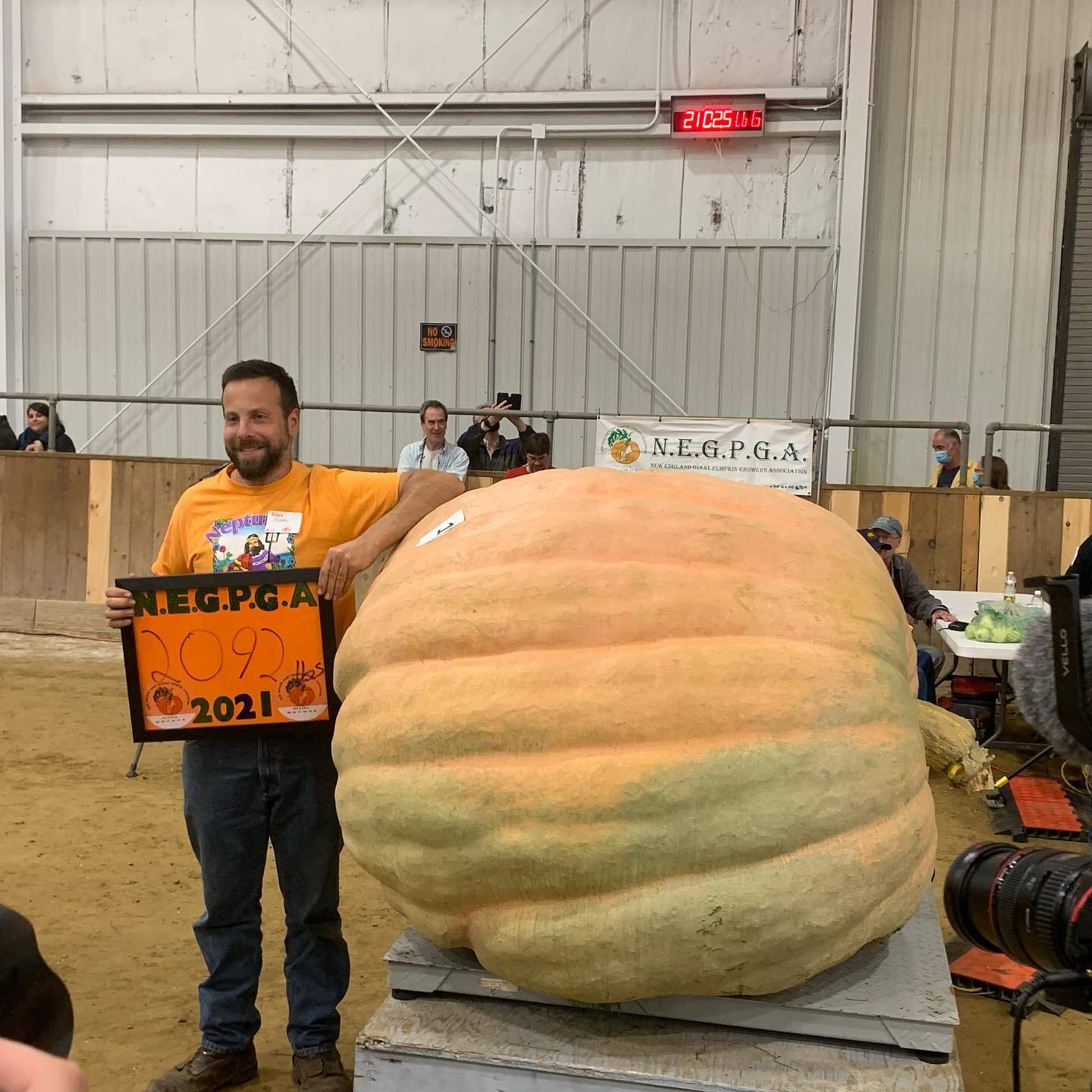 Typically, the Topsfield Fair is reluctant to release exact attendance figures.  In 2018, the fair's bicentennial attracted a robust crowd, although as per policy, Topsfield Fair only stated the fair attracts 400,00 – 500,000 annually. While a precise number of tickets sold may be unavailable, most 2021 fairs compare their attendance to the 2019 fair. For Topsfield, that qualitative measurement is unfair because that last pre-pandemic fair endured an extreme weather event – an archetypical New England Nor'easter, which eventually blew out to sea without major damage, but the threat was enough to disrupt the fair and severely erode turnout.

For tens of thousands of fairgoers, not only had they missed out on the 2020 fair due to the coronavirus cancellation, many were also likely rained out of the 2019 fair. The pent-up demand cited by fair managers as a driving force in attendance patterns this year seemed even more apparent at the Topsfield event, which was bolstered by ideal early autumn temperatures and only a single day of rain – and as luck would have it, the drizzles fell on a Monday, one of the lowest attended days for most fairs. “The weather was exceptional,” added Thompson.

People not only came, but spent; indicating attendees extended their fairground stay. Revenue was up,” he said “Fairgoers spent more on food and rides despite having fewer vendors.”

He added, “It was a fantastic year for the Topsfield Fair. The weather was unusually good and people were eager to return to a tradition that many missed since we weren't able to run in 2020.” 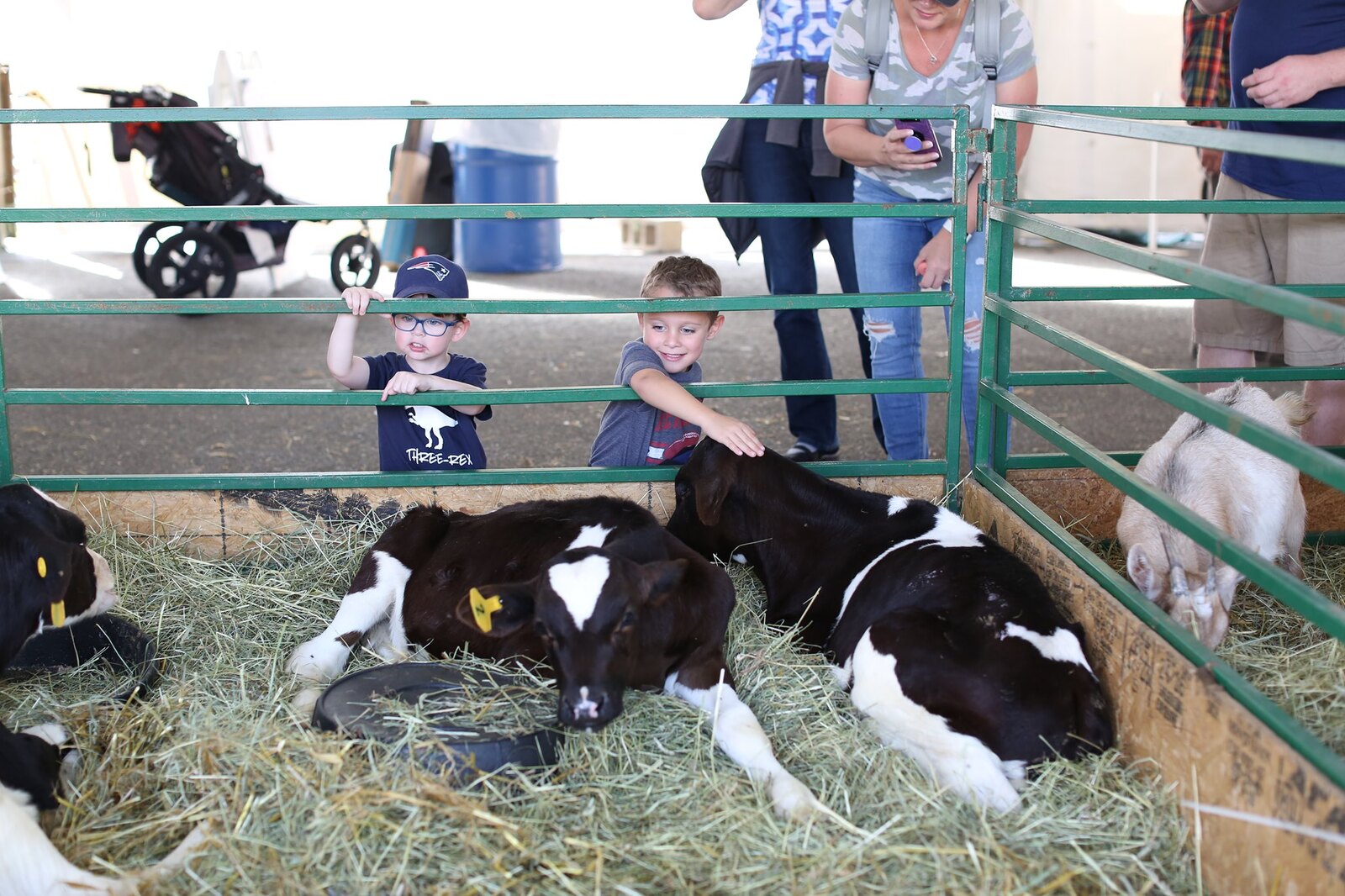 The fair had to accomplish this feat under extremely tight time constraints. Last year, with mixed COVID signals being sent, the official cancellation of the Topsfield Fair didn't occur until the end of July, which eliminated the 2020 Fair and left the 2021 fair in limbo until summer of this year. “Topsfield Fair General Manager, James O'Brien, spoke to the Governor in June and received approval to run the 2021 Topsfield Fair,” said Thompson. “It's always easier when you have more time to plan, but this was also a unique time. We had less than four months to plan once we know that the 2021 Fair was approved to run.”

This shortened timeline impacted some entertainment contracts, as did the elimination of entertainment in the fairs 1,350-seat arena, the largest facility on the fairgrounds. “Many entertainers did roll over from 2020 to 2021 but some decided not to return, and some new entertainers were added,” he said. “We made the decision not to hold any entertainment in our arena, which is our biggest venue. We did this out of an abundance of caution to not have extremely large groups in an indoor setting to prevent any potential exposure to COVID.”

Even with the arena closure, the fair's grandstand offered a full roster of entertainment, with .38 Special drawing the biggest crowd – tickets were free with gate admission – followed by Tony Orlando, Phil Vassar, and Frank Avalon.

Then, just before the fair, the city of Topsfield implanted a restrictive indoor mask mandate. But the fair had already implemented a complete range of pandemic protocols, so the mandate had little negative reception. “The Town of Topsfield instituted a mandate requiring fairgoers to wear masks inside buildings while on the fairgrounds,” he said. “Fairgoers noticed the mask mandate, but it didn't seem to affect their experience. In addition, we offered vaccinations to all fairgoers who were interested in them. We also added more sinks and hand sanitizing stations throughout the fairgrounds.” 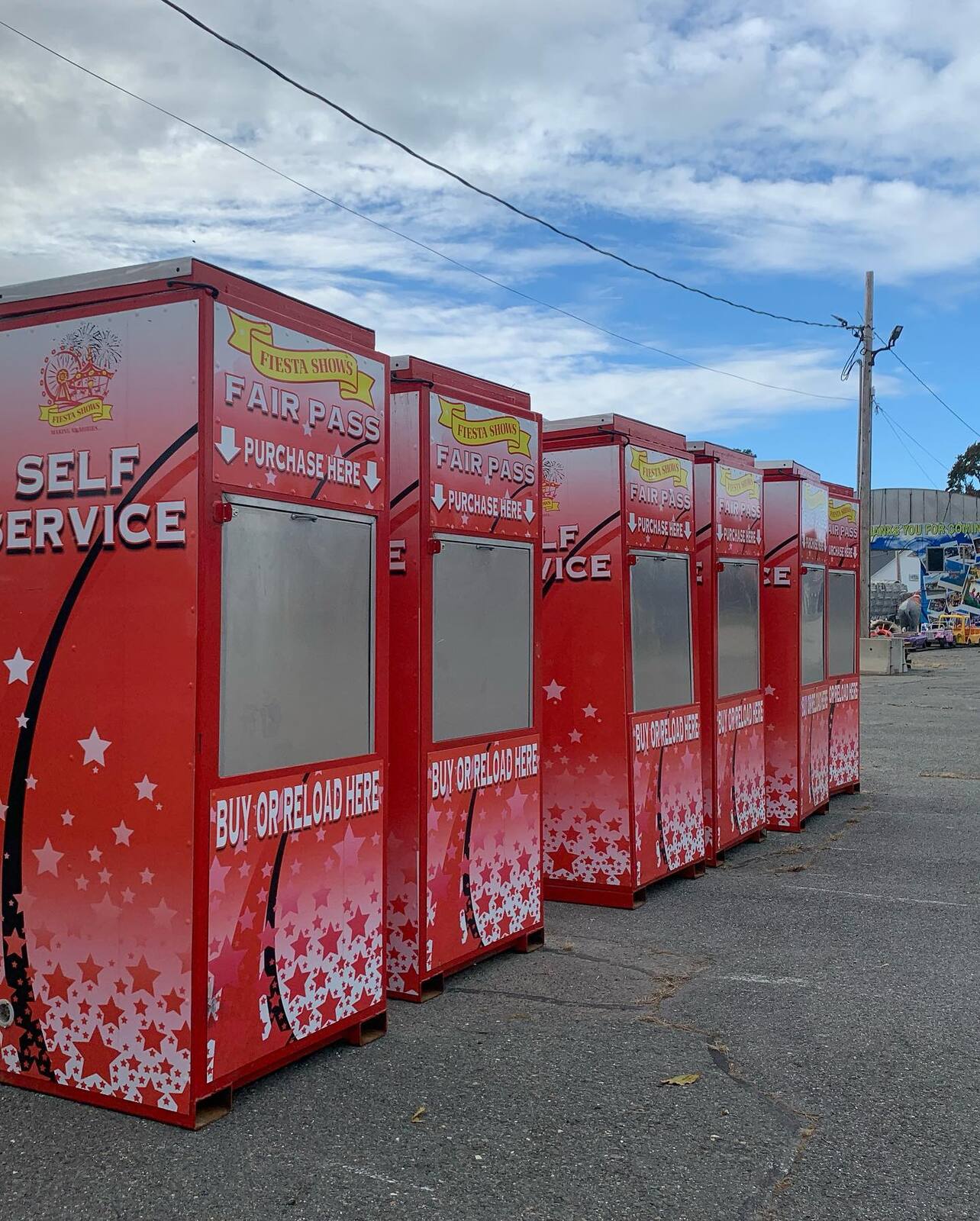 This enormous newcomer, alongside the roller coaster and Giant Slide, were the fair's top grossing rides. The midway benefited from the spending uptick fairgoers generated, but more elaboration was unavailable. “Midway revenue was up, but the percentage is not disclosed by the midway provider,” he said.

Although some commercial vendors were unable to attend the fair, the fair showcased 86 food vendors, in keeping with pre-pandemic fairs. Topsfield Fair guests' palettes tended towards the traditional this year, with no notable new additions to the menu. Staples remained the best sellers – apple pie/crisps, fried dough, turkey legs, and baked potatoes according to Thompson.

Perhaps one lesson to be learned from the fair is that marketing matters. The 2019 washout negatively impacted revenue, followed by a 2020 lockdown year of negative income. Yet, the fair maintained the marketing expenditure at 2019 levels. The media mix was also altered with a boost to digital and less television.
The 2021 media mix was: Radio 35 percent; Outdoor 12 percent; TV (Internet) 32 percent; Digital 19 percent; Print 2 percent.

Framing the campaign was an exclamatory tagline that invoked the return to normalcy so top-of-mind among contemporary consumers – We're Back. The Family Tradition Continues. The social media component of the marketing plan relied on quantity and past experience. “The way we used social media remained the same, but we increased frequency,” he said.

Prudent marketing and promotion, navigating a shortened time span and changing COVID protocols – 2021 was a challenge to say the least. The boost in attendance and spending is a major goal of any fair, but in a year where no one could be sure of what to expect, the 2021 Topsfield outcome was truly a notable achievement. “Having never planned a Fair during a global pandemic we didn't know what to expect,” said Thompson. “While we were apprehensive, we were pleasantly surprised that it all went extremely well.”

The show took delivery of the wheel in 2020, prior to pandemic related shutdowns. The wheel made its debut on the Fiesta route in 2021.