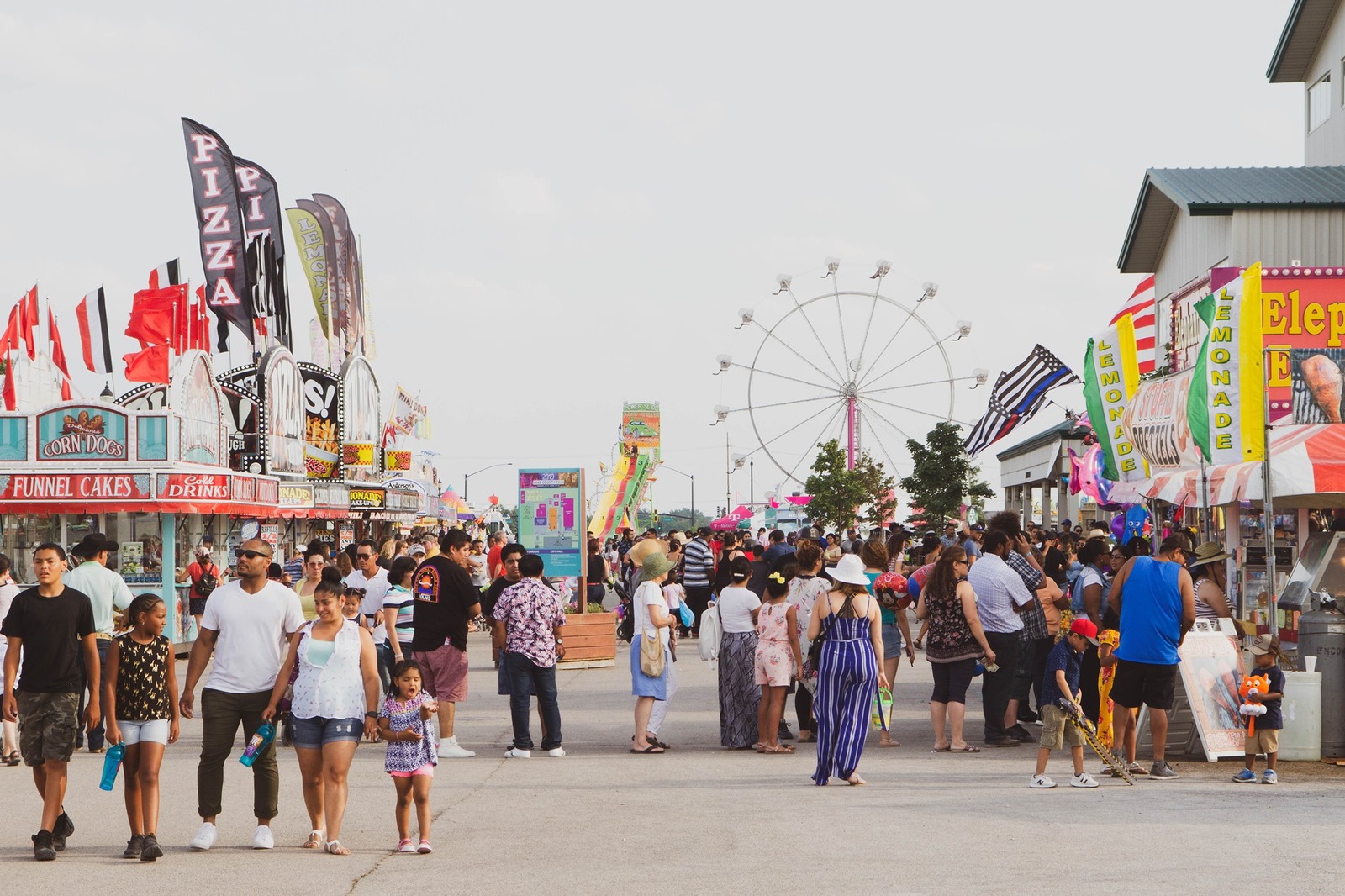 The Lake County Fair in Grayslake Last Operated in 2019
The fair is anticipating a return in 2021.

Like many states, Illinois is beginning to roll out the welcome mat to fairs and carnivals in their region.

The biggest fair to announce reopen is the Illinois State Fair.  Running in Springfield, Ill., pricing is $5-10 for adults, seniors are $3, and kids under 12 are free. The event dates are August 12th through 22nd. The carnival will be operated by Miller Spectacular Shows out of Arkansas. The same operator has handled the midway for the DuQuoin State Fair for 20 years and is familiar with ride favorites for the region. New to the Illinois State Fair this year will be the Eclipse, billed as the only ride of its kind in the U.S., X Scream, Rockstar, Screamer, Catch N Air, and Surfs Up. Returning favorites include the Sky Wheel and Super Shot. A kids area outside the midway will offer face paintings, a tot play area, a coloring mural, and nearby, a Farmer's Little Helper tent. Another kid friendly attraction is the Kid's Ag-Tivity Tent, where little ones can ride toy tractors, make shadow puppets, and watch baby chicks, as well as play games. Harness racing, live music, magic, auto racing, and more join the exhibit halls as top entertainment options. Grandstand concerts include Toby Keith, Gabriel Iglesias, and George Thoroughgood among others. New this year is a special seating area, dubbed Blue Ribbon Premium reserved tickets. The price of ticket includes a bar stool seat at a high top table, finger foods served to ticket holders prior to the concert and a designated drinks waitstaff. In the food area, anticipated treats are a meaty “Beef Sundae” from Classic Kitchen, jumbo corn dogs, pizza, and Lithuanian fare among over 100 others. 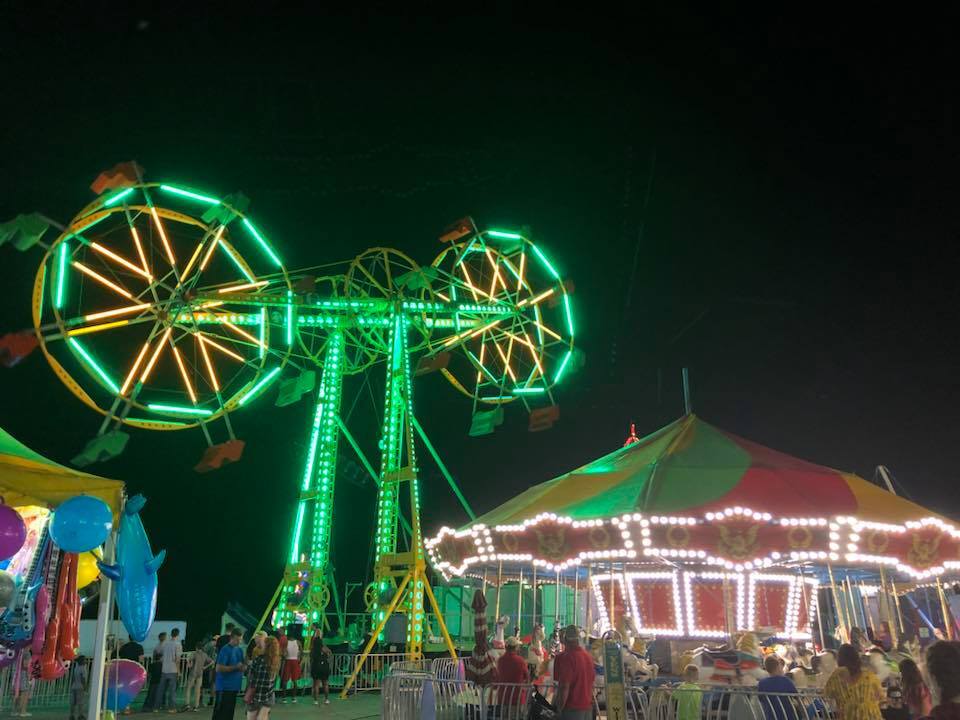 Ringing in their 159th anniversary this year is the Edgar County Fair. Rides will be provided by Swyear Amuements from New Athens, Ill. From Horticulture to Agriculture, exhibit halls will have full offerings at the event. There are harness races and tractor pulling events also on tap. The fair has free grounds admission, grandstand event ticketing runs $5 to $15 depending on day and event. It will take place July 17-24th in Paris, Ill. 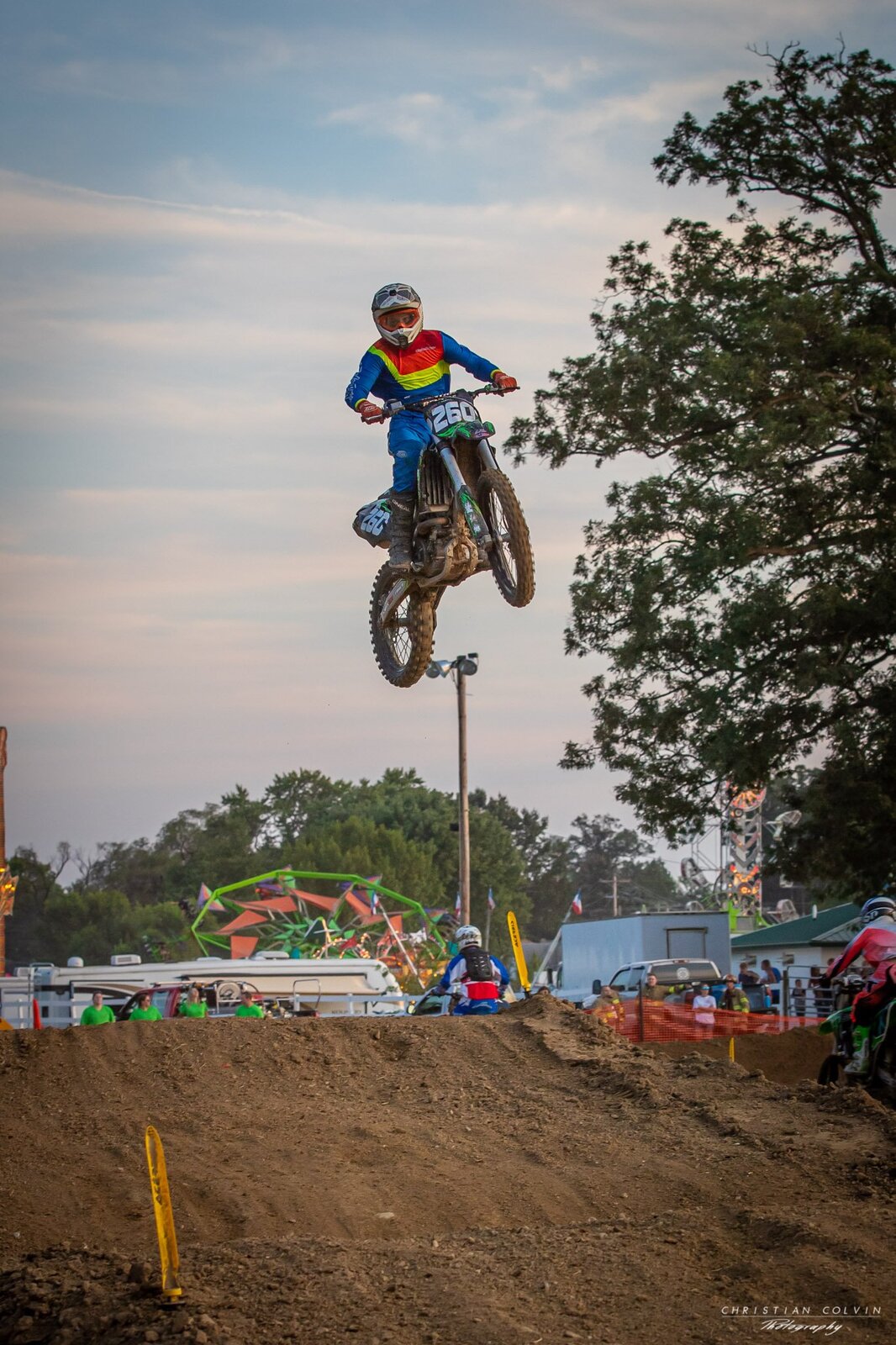 In Stephenson County, the fair, which was canceled in 2020, will be back July 27th through 31 with a 22-ride carnival from C.D.A.C. Amusements. The company will also provide midway games. The 65-foot gondola wheel is among the carnival's most popular attractions. Live music by local acts, a beer tent which also features live music, and a fair pageant contest are among the attractions. Gate admission is $5 for ages 6 and up. Grandstand events are additionally ticketed at $5-$10 depending on the event, and this year include tractor pulls, a demolition derby, and lawnmower races.

The Lake County Fair held in Grayslake, scheduled for July 28 - August 1, 2021 will present a lively fair mix of musical entertainment, carnival rides and games, a crowd-drawing monster truck show, live animals, demolition derby, banana derby, flower show, canine show, rodeo, motocross, competitive exhibits, expo hall, food vendors. While plans are in place to welcome the fair back after its 2020 closure, fair organizers are still dependent on state protocols and COVID-19 projects. “We are keeping a cautious eye on CDC, Illinois State Health Department and Lake County Health Department guidelines under Restore Illinois, which mandate that conventions, festivals and large events cannot be held until the Bridge Phase, or Phase 5, is reached.”  The fairgrounds is currently a site for drive through vaccinations provided by the Lake County health Department.

Following our interview with the Lake County Fair, Illinois Governor J.B. Pritzker announced that the state would be moving into phase 5, releasing restrictions on event capacities on June 10, if covid metrics remain steady or in a decline.

Calling itself the Boone County Fair Reboot, the fair, located in Belvidere, will run August 10-15 with musical acts such as Diamond Rio. General admission is $6, but events such as the truck pull and tractor challenge and demolition derby range from an additional $5 to $12 depending on the event. The demolition derby is a major draw. So too are the concerts the fair holds. This year, Diamond Rio grandstand seating has a range between $15 and $30. Skinners Amusements will provide the carnival midway for the fair. Skinners has run the midway since the mid-70s. The fair itself is celebrating its 62nd year. 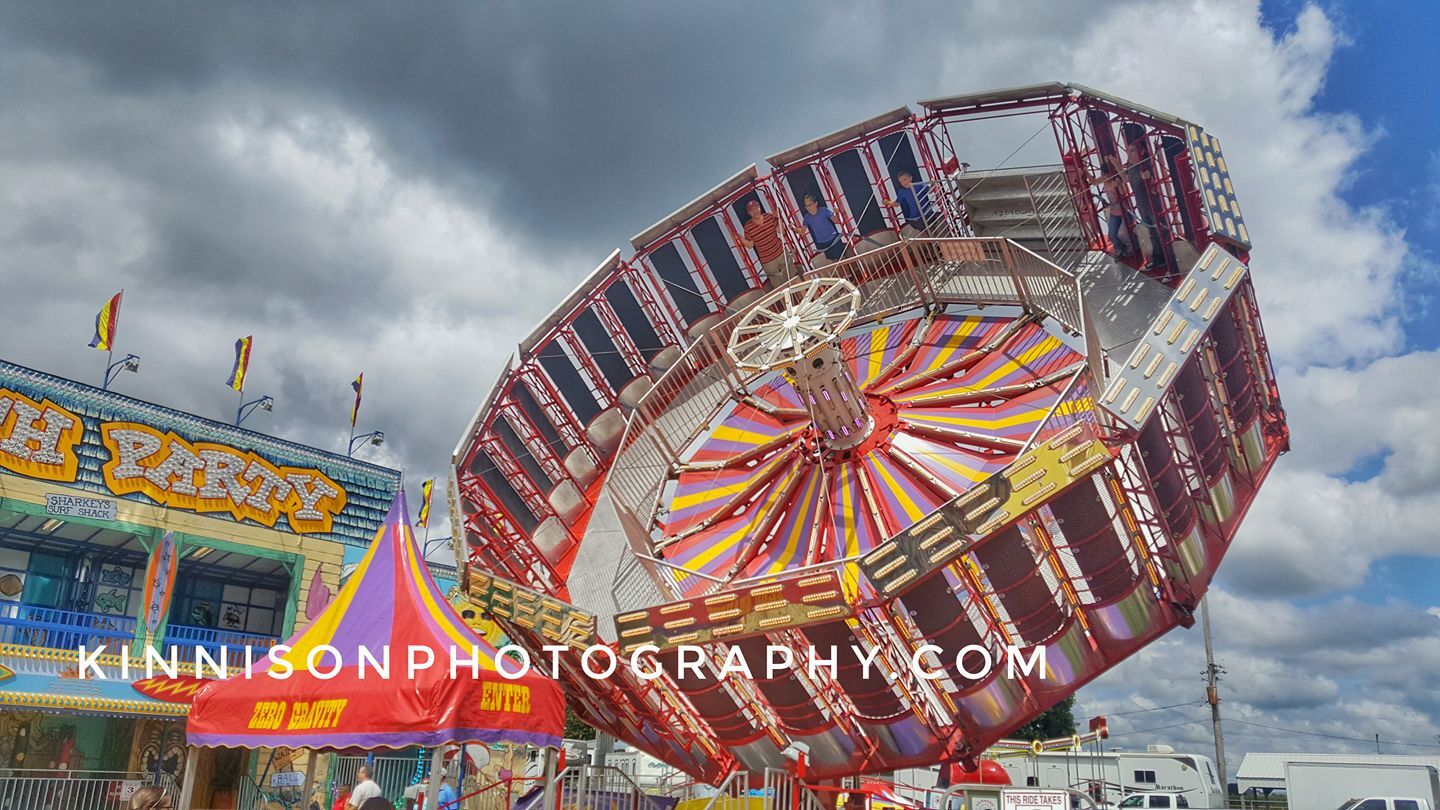 At the Georgetown Fair in Georgetown, Ill., the fair will be hosting musical act Toby Lawrence during the fair's August 7-14 run. The concert will require a separate $20-25 admission. Luehrs Rides will run the carnival; armband nights will run $25 for unlimited attractions. Ride tickets are $1.25 per ticket. Livestock as well as Home Economics and Produce exhibits are prominent events at the fair, with animal exhibits including llamas and alpacas as well as cattle and goats. The first fair was held in 1938; the fair did not run in 2020.

Music is a big component of many other fairs running in 2021 as well: Nelly will be a headline act at the New Berlin, Ill. location of the Sangamon County Fair in mid-June; Swyear Amusements will provide the carnival. At the Bureau County Fair in Princeton, Illinois' longest-running fair, Martina McBride is the act in the arena at the end of August. Wood carvers, a beer garden, and of course, a carnival by North American Midway Entertainment, will all be part of the fun, as well as varied agriculture and live stock exhibitors.

This crop of fairs is definitely in season in Illinois for 2021.

The Lake County Fair in Grayslake Last Operated in 2019

The fair is anticipating a return in 2021.