The 2021 IAFE convention kicked off its last year in San Antonio on Sunday, November 28th with a slate of meeting and programs.  On Monday, November 29th, the trade show opened for a shortened two day run.  Monday also marked the opening of the SLA's trade show held across the street from the Convention Center at the Marriott.

Although numbers seemed to be down — carnival companies reported having less guests for dinner engagements for instance —  and some notable faces were absent on both the fair and the carnival sides, but it seemed everyone was happy to be back at the annual convention and meet together in person once again.

As stated previously, this is the last year for the convention in San Antonio before it moves to Indianapolis, Indiana.  The city had a booth just outside the trade show for attendees to learn more about what to expect in the coming year.

Inside the trade show, the floor was noticeably smaller, but with some creative spacing and positioning, there was a full look to the show and plenty of exhibitors.  Ticketing companies seemed to be the dominant category with everything from cloud to RFID ticketing systems offering full-service options or cashless alternatives to fairs and events.  Almost every aisle had a ticketing company or two, similar to what was experienced at the IAAPA trade show earlier this month.

In addition to the ticketing companies, there was the usual offering of grounds entertainment, music and talent agencies, logistics suppliers and just about everything need to run your fair, including insurance companies.


Drew Tewksbury of McGowan Allied was on hand for the show, overseeing his company's booth and personnel.  An upbeat Tewksbury said that 2021 was “wonderful” for his clients and his company, marking a rebound within the industry.

Although revenue was up and in some cases way up, Tewksbury did say his feedback from almost everyone was that the labor shortages are really concerning and along with supply chain issues, are threatening to put a damper on the optimism felt this year and leading into 2022.

McGowan Allied had booths at both the IAFE and SLA shows, reflecting their ability to service all facets of the industry.  “We are here to grow”, said Tewksbury, stating that his company offered not only traditional liability insurance products, but also weather insurance, event cancellation insurance and insurance products for amusement parks, entertainers, rodeos and concerts.

One growing area serviced by McGowan Allied is prize indemnity insurance.  Tewksbury gave as an example hole in one insurance, where a company offers a large prize for getting a hole in one.  The promotion is used by an event or corporation to drive business and excitement. The promotion is a fun, cool way to get people to an event.  By insuring the prize, the company calculates the risk of someone winning the contest and prices the insurance product accordingly.  The event or sponsor can then offer the promotion with little out of pocket cost and big protection against the liability of must pay out to an eventual winner.


Although ticketing platforms were the most represented technology, other companies offering technical solutions were also on hand.

Eventhub is one company looking to make sourcing vendors and sponsorships easier for its fair and event client base.  Michael Bleau, founder and CEO of the company, along with his partner Jamie Nassar, came from the touring sponsor industry where a company books a series of events to gain awareness for a new product or service.

Bleau and his team developed a platform to help events increase sponsorship revenue and save money managing sponsors.  The platform makes it easier for events, sponsors and vendors to match with one another.  The company now has a database of over 30,000 vendors and sponsors that fairs and events can access.

They have helped events such as the Los Angeles Marathon, the Virginia State Fair, the Michigan State Fair, the North Idaho State Fair and the Pittsburgh Marathon gain new vendors and sponsors, growing their respective businesses.

Instead of taking a percentage of revenue, the company charges an affordable licensing fee for  use of the platform.  They track all data used through the system so they can glean trends and use the information to better pair prospective sponsors and vendors with their event clients.

By using the inbound, organic platform, events can expect to grow sponsorship revenue, fill vendor slots and increase revenue.  As the database grows and more events are added, the company hopes to be the “go to” partnership marketplace for live event organizers. 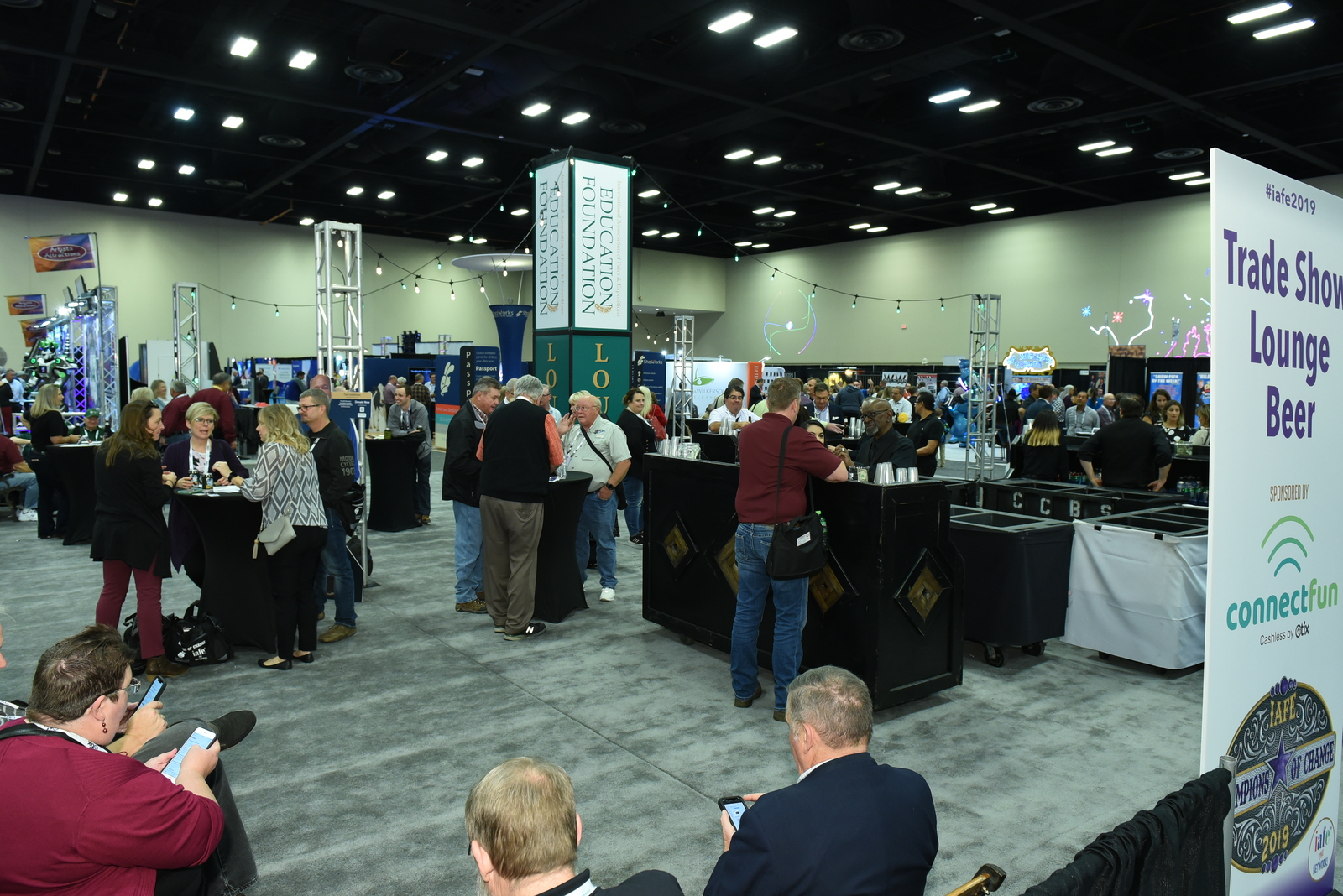 
Like many fair managers, Larry Linton was excited to have a strong year in 2021 after closings in 2020.  The only difference between Linton and other fair managers however, is that Linton had not one, but four, success stories in 2021.

His Charlotte Fair was closed on opening day as the Pandemic spread into North Carolina in the Spring of 2020.   With the carnival, entertainment and advertising all ready to go and the fair fully set up, the closure was a significant setback for Linton. He attempted to move the event later in the year but was unable to get approvals.  As 2021 approached the normal March dates for the fair had to be pushed to June but despite the date changes, the fair was a big success.  Linton was able to work with his carnival company, Dreamland Amusements, to put together a midway, and many of his entertainers were able to cover the changed dates.

Linton's company, Southern Expos, produces and manages the Charlotte Fair in Charlotte, NC in the early Spring, fairs in Carrollton, GA, and Huntsville Alabama in May, followed by a return to Carrollton in September.  Linton is joined in Southern Expos by his son Landon. who assists his father with putting the events together.

Asked about the 2021 season Linton said “it was unbelievable, a great year”.  Linton said Charlotte and Carrollton were record events and the Huntsville Fair, called the “Rocket City Fair”, was also good but it did not quite reach record numbers. 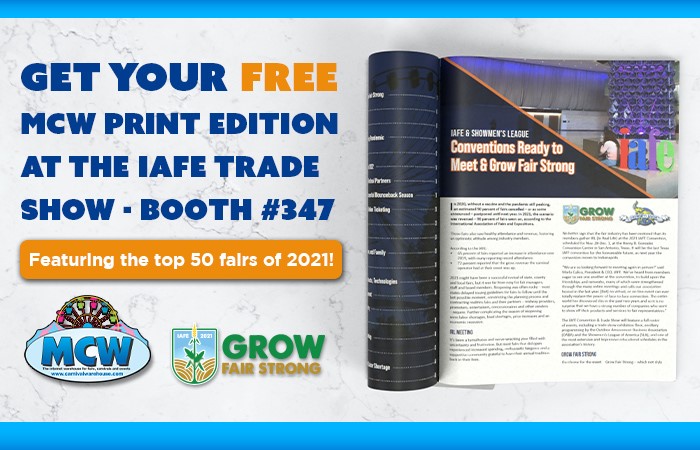 Stay tuned for more reports from the IAFE convention. 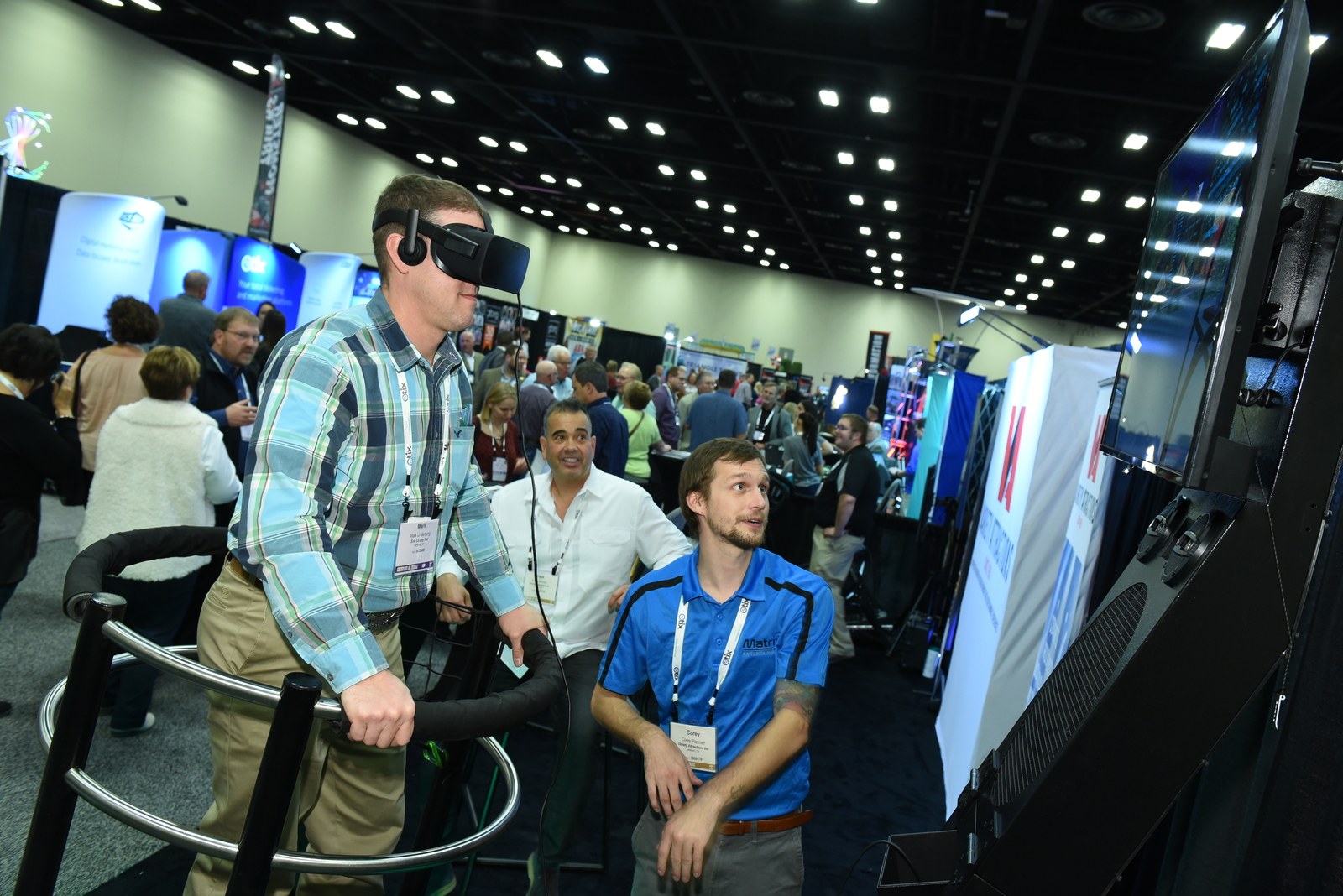