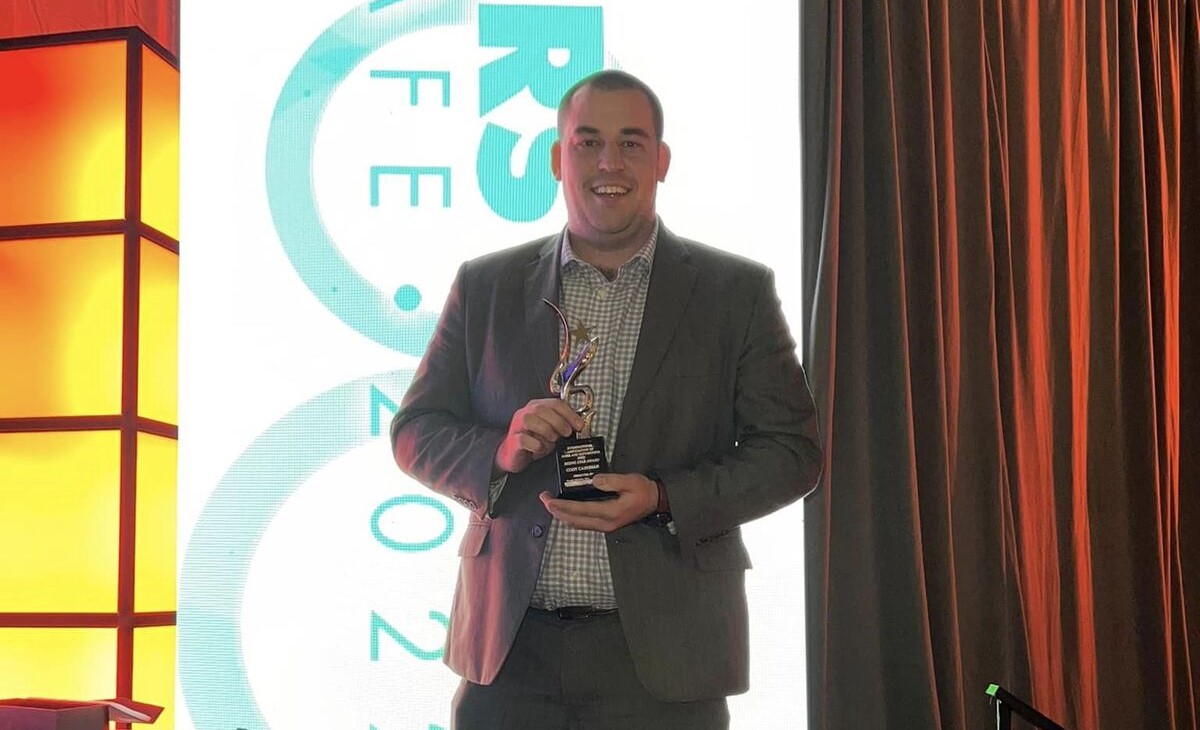 Tuesday at the 2022 IAFE Convention was marked with meetings, an all-day trade show and the awarding of several distinctions for IAFE members.


The Rising Star award was created by the IAFE Young Professionals Initiative (YPI) to recognize leadership and industry contributions of IAFE members, age 40 and younger. Nominees are any employee, volunteer, or board member under age 40 of a member fair, show, exposition, or exhibition in good standing with the IAFE. 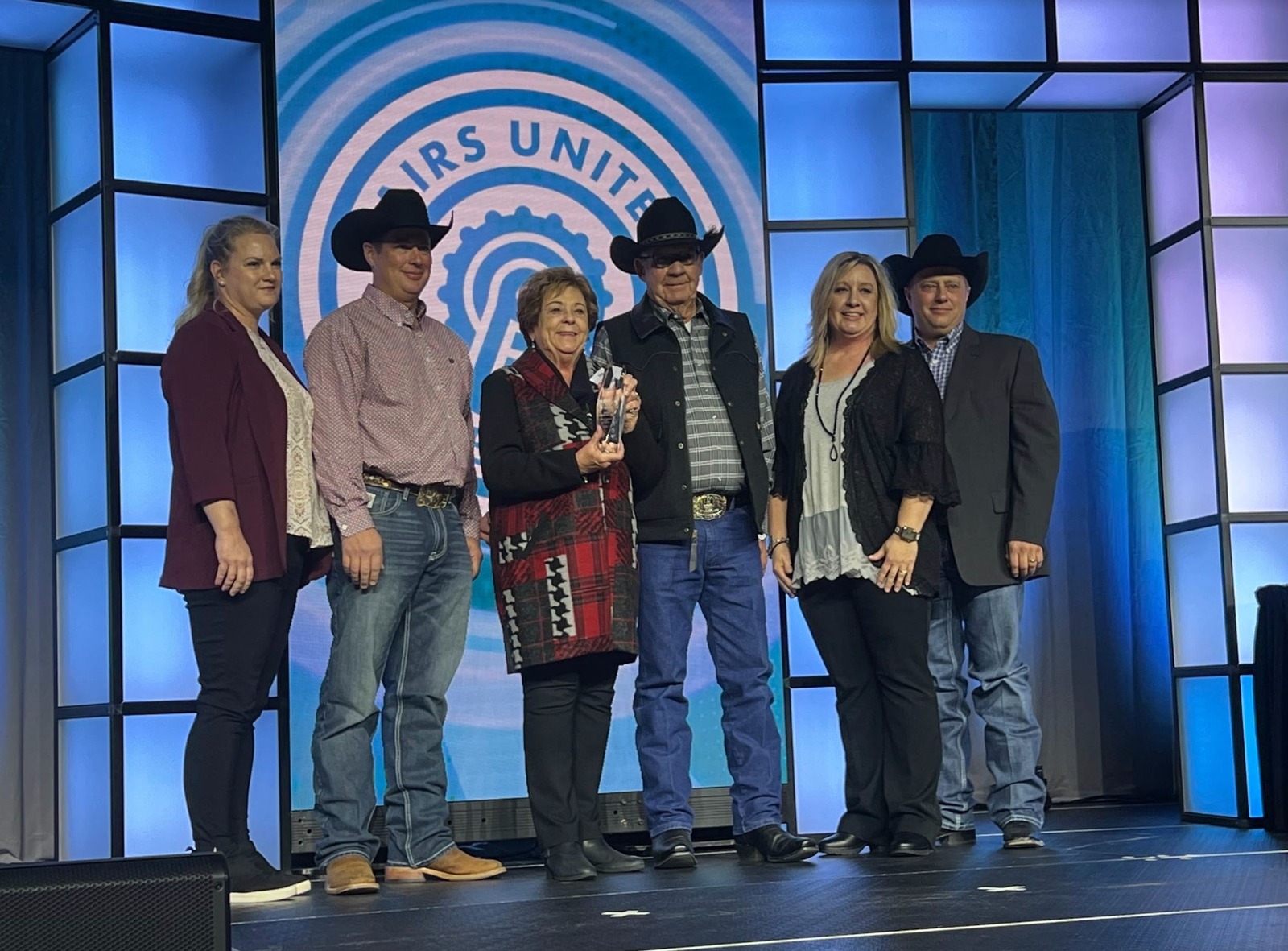 Renae Korslein, manager of the North Dakota State Fair in Minot, was inducted into the IAFE Hall of Fame today.

Renae Korslein began her fair career in 1974, working at North Dakota State Fair in the cash room. Following the 1988 fair, Renae was offered a full-time position as the Commercial Exhibits Sales and Accounting Manager at the fair.

In 2008, upon her mentor's retirement, she applied for the fair's management position. She had reluctantly requested a younger candidate be selected who could serve a longer term, but the board selected her as general manager.

For her service, Renae has been honored with many awards and citations including the NDAF “Fair Person of the Year,” North Dakota Honorary State FFA Degree recipient, North Dakota Association of Fairs Hall of Fame.  She was recognized with an honorary American FFA Degree, received the Rocky Mountain Association of Fairs Fair Manager of the Year, and an honorary chapter FFA Degree from South Prairie School. In addition, she received the Epsilon Sigma Phi Upsilon Chapter Friend of Extension award.

The Heritage Awards, sponsored by Haas & Wilkerson Insurance were presented to five individuals in the field of volunteer fair management.

The awards recognize the achievements of outstanding volunteer fair managers. The nominees were required to have at least 10 years of fair management experience and could receive no more than $2,500 remuneration annually for serving in the position. The nominees' fairs were also required to be current members of IAFE.

Several contingents from North Carolina fairs were present at the convention.  The Carolina Classic Fair's Cheryle Hartley, said her fair had a “pretty good year”, despite some weather challenges.  They lost the first Friday due to rain from Hurricane Ian and they had drizzle the first Saturday, hurting attendance.

But the fair came back strong the second weekend, and Hartley believes if the weather had cooperated the first weekend, “we would have knocked it out of the park”.  Even though a Wake Forest home football game was going on the second Saturday, the fair still drew over 50,000 people, showing the guests were primed to attend if the weather cooperated.

Especially noteworthy was the fair's $2 Tuesday promotion which had $2 admission, $2 rides and $2 food specials.  The crowds were large for the promotion and all fair constituents were please with the result.

Other entertainment provided free by the fair included Alligator wrestling, and a Cowboy Circus, among other grounds acts.

Regular admission for the fair is $10 and the grandstand acts were free with admission.  While the demolition derby was rained out the first weekend, the Tractor Pull and Rodeo the second weekend drew crowds to the event.

Strates Shows provided the midway once again for the fair, drawing crowds with several new attractions promoted by the Carolina Classic.

The fair is city owned and operated.  They took over operation of the event when the land was donated to the City by the Winston-Salem Foundation in 1969. 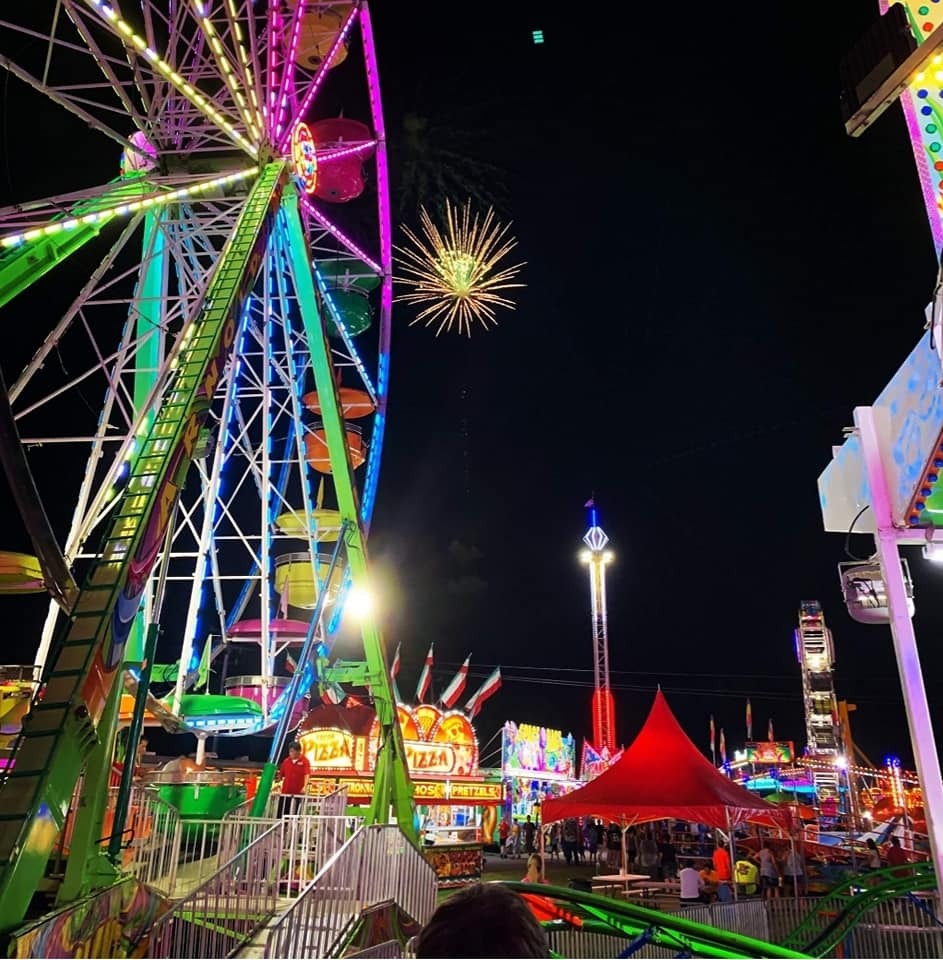 The Ionia Free Fair is one of the top 50 fairs in North America.  It is one of the only remaining free gate admission events that continues to survive and thrive.

The event ran nine days in 2022 and is moving to a 10 day event in 2023 according to Brenda Lehmkuhle, Executive Director.

Lehmkuhle started her position only one month before the fair started and she came to the position without  a fair background.  Despite living an hour away, Lehmkule dived into the management role, bringing her executive background into the mix.

She is focusing her efforts on building repair, such as fixing the roof on the Floral Building.  To fund these effort, she is working on naming rights for the buildings so needed repairs can be made within the budget.

The money raised from the building rights naming program will go directly to repairs on the grounds, especially the five historic buildings on site.

She is also working to expand non-fair rentals such as horse shows, swap meets, receptions and Finders Keepers events.  The additional revenue will also help with repair and upkeep and keep the fair on solid financial ground.

While admission to the fair is free, the event does charge for parking, for the grandstand shows, for food and carnival rides.

The midway, provided by Arnold's Amusements is a major source of income for the event.

Running a large event with out a gate, keeping up repairs and maintenance is not an easy task and a business model many events had abandoned.  The Ionia Free Fair however, plans to keep the event free for all guests, just as its name promises.