IAFE Convention Heads to the Midwest: Fairs United in Indianapolis 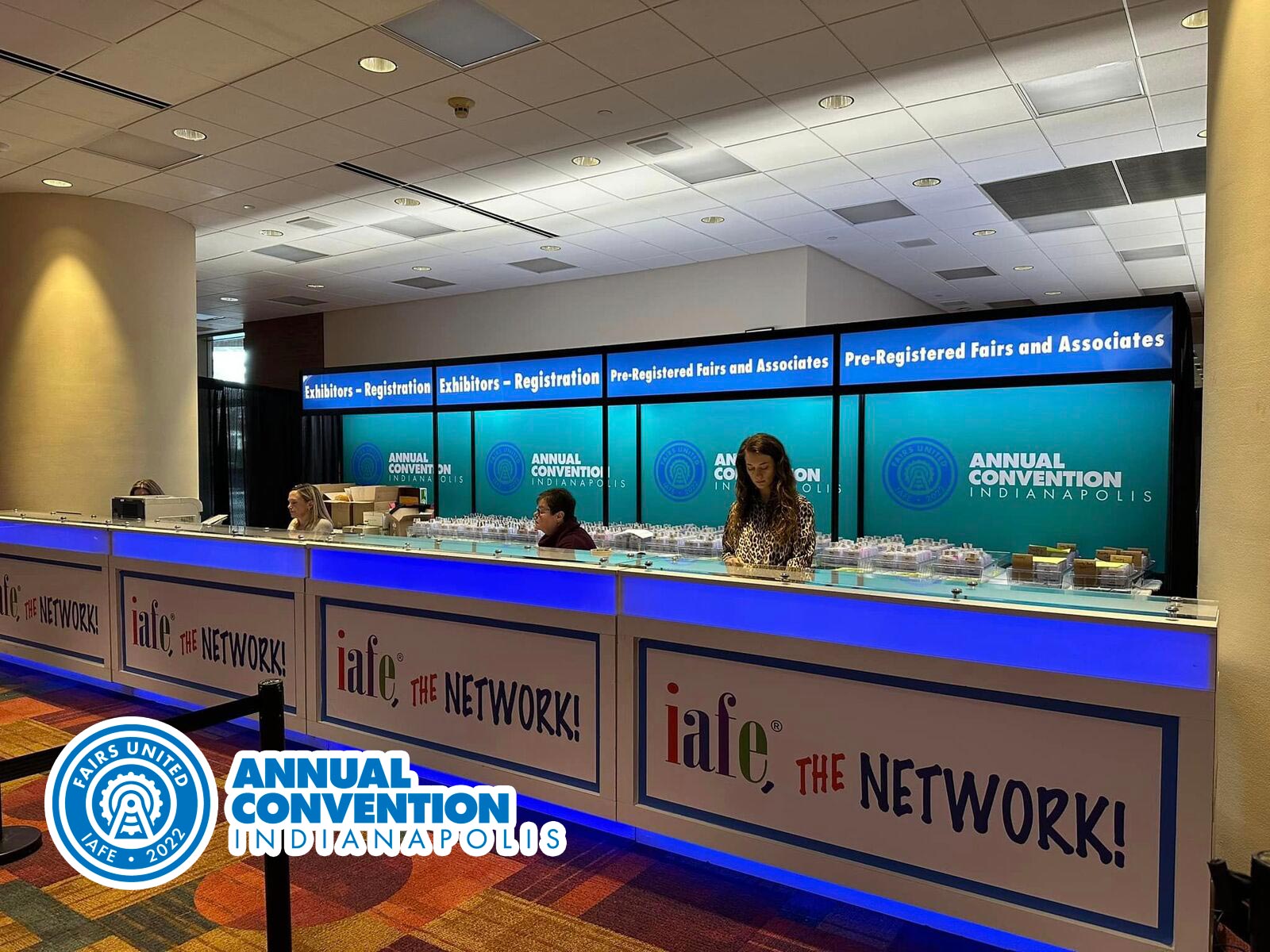 Arguably the most iconic American Fairs – the ones most instantly identifiable with family, farming and Americana – are held in America's Heartland; the Midwest. This year, the fair industry acknowledges this unique and influential role the region has played in the industry when the International Association of Fairs and Expositions (IAFE) circles its wagons in the Crossroads of America – Indianapolis, November 27 – 30.

The 2022 IAFE Annual Convention & Trade Show will be the first time in more than 50 years that the largest convocation and networking event of the fair industry returns to the heartland, with one of its most expansive schedules of educational programs, guest speakers, tradeshow exhibition floor as well as receptions, luncheons and an array of networking opportunities, both inside the Indianapolis Convention Center – and outside, with guided tours of the Gainbridge Fieldhouse (Home of the Indiana Pacers); Children's Museum of Indianapolis; Indianapolis Motor Speedway, and of course the main off-site attraction, the Indiana State Fairgrounds & Event Center.

The Midwest location is more than mere symbolism however; it's a logical application of the organization's renewed commitment to nurturing all levels of the fair industry. Worldwide, the region may be known globally for mega-sized state fairs, but it's also home to hundreds of county, local and other regional fairs, festivals and related outdoor events. Not only has this boosted attendance forecasts, but created a more member-driven, hands-on event.

“Indianapolis is one of the top-ranked convention cities in the US. A robust downtown offers easy access to great restaurants and clubs”,: said Marla Calico, President & CEO, IAFE. “The opportunity to also have off-site educational experiences is very unique. The advantage of holding the IAFE Convention & Trade Show in a Midwestern city for the first time since 1971 is the fact that there are over 700 fairs within a day's drive of Indianapolis. This means an incredible opportunity to reach so many of our members who've never attended the Convention before Our program committee has worked diligently to create opening day, Sunday (11/27) as “county fair” day with special educational programming.”

In addition, the convention is returning to its pre-COVID vigor, with registration, booth space and other indicators all heading in a northerly direction. What last year was needed to be compressed, streamlined or eliminated due to the lingering impact of the global pandemic crisis, is now back to 2019 levels. “The 2021 IAFE Convention was was pared down in attendance, trade show booths, and number of educational sessions because the reality was ,our world was still very much in the throes of the worldwide pandemic,” said Calico. “We budgeted for a modest recovery in 2022 and (as of October 5) have already exceeded almost every goal in early registration numbers, sponsorship, and trade show booths contracted. We added the educational experiences to our meeting content as well as a return to multiple workshop offerings at concurrent times based upon the assumption that we will not face a local jurisdiction setting capacity limits in a meeting room.”

Calico added this year's “early bird” registration exceeded budget forecasts, equal or higher than the pre-COVID figures recorded in San Antonio. “It is very close to 2018 numbers for the same date, which was one of the best Conventions ever.  Who is on that early registration list is a mix of regular attending fairs bringing more people than 2021 because of a financial recovery, but certainly the location is – as we had hoped – driving registration.  For example, one county fair that is within a two hour drive of Indianapolis is bringing 19 people, rather than the normal five.”

The more centralized location of Indianapolis also has enticed an uptick in trade show floor exhibitors, with increases over last year's bookings. This year, the floor is reflective of one of the growing interest in digitized gates and cashless midways. In early October, Steve Siever, IAFE Director of Sales, reported there are 305 booths booked, a 7 percent increase over 2021. “Entertainment options are always popular with convention attendees,” he said. “This year, while entertainment-related exhibitors are holding strong, we are seeing an uptick in the number of digital ticketing firms as well as software firms related to event management.” 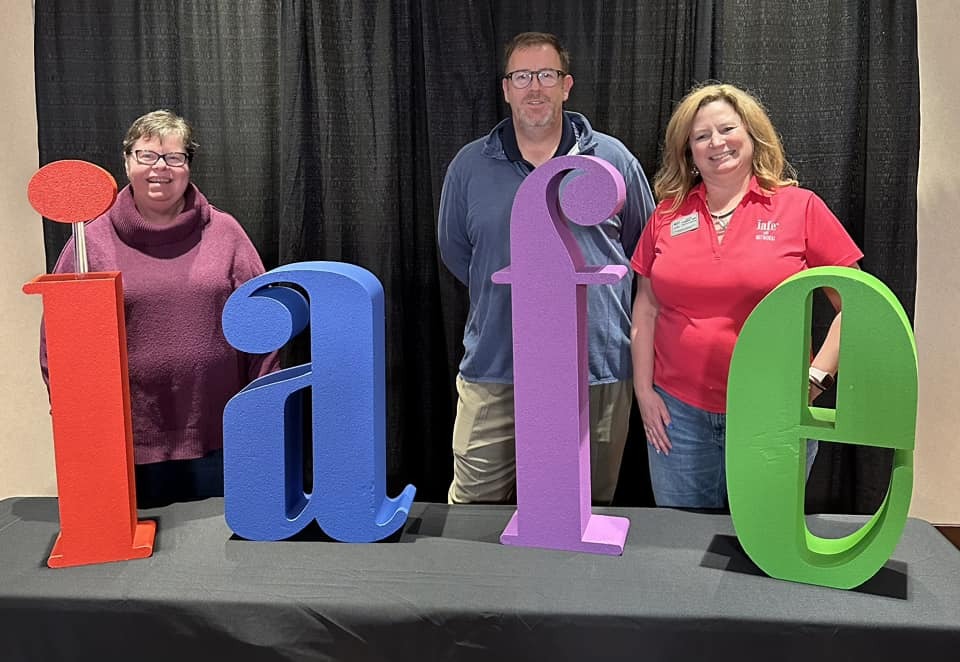 One subject addressed in a variety of seminars is Safety, one of most pressing concerns among the fair industry. In an era of mass shootings and rising teenage violence, such incidents not only jeopardize the safety of fairgoers, but potentially taints all fairs nationwide. “Fairs, like other venues, continue to monitor the ever-changing safety and security dynamics,” said Lori Hart, IAFE'S Director or Education & Member Services, “The IAFE continues to provide safety and security resources that supplement the efforts of their local experts. In 2020, the IAFE formalized a Safety and Security committee providing members the opportunity to network and share resources. The committee has developed a Boot Camp that will provide virtual learning opportunities with an optional, in-person field trip.”

Calico noted that fairground violence has also gone viral among some social media circles, adding a new wrinkle to a growing problem. “The safety and security concerns of out-of-control teenagers who are creating blatantly false social media posts and TikTok videos to incite reactions; the proliferation of incidents involving guns, especially in the hands of teenagers, each incident is a situation of utmost concern to the fair and it is a black mark on the industry as a whole. We know that these incidents also occur in theme parks, shopping malls, and downtown nightlife cores, but it is the incident at a county or state fair that generates the viral headlines and stories.”

The future belongs to the young, and one industry issue the 2022 IAFE Conventions will be addressing with a rejuvenated emphasis is attracting and engaging young professionals. While Calico resists categorizing the pandemic as accelerating the graying of the fair industry trend, “we just happen to be in a time of transition in the industry where an entire cohort of long-term leaders have entered retirement age. Thirty to forty years ago was a time when many fairs with professional staff were growing their future leaders and we then saw that great wave retire (Mike Heffron, Darwin Fuchs, George Jones, Ed Rock, Bob Carlson, etc.) and now the next cohort is ready to retire. Although slow to happen in some parts of the membership, we are beginning to see many more county fair boards being proactive in bringing on young people into board leadership roles.”

She added, that “succession planning” is “one of the hot topics I am most often asked to speak about when I attend state and provincial association meetings. Anecdotally, we are seeing more young people involved in IAFE activities, but I do not know if that is a reflection of change within the industry or more to the fact that the Association aggressively pursues this demographic.”

The IAFE's “Young Professional Initiative” (YPI) – the Millennial-Only club of the IAFE, has a number or events occurring through the Indianapolis convention, including: The New Face of Leadership workshop, Raisin for a Reason, an IAFE Education Foundation fundraiser, the YPI Connect & Cocktail Hour,  Ment-A-Minute session, which pairs YPI attendees with mentors and a special YPI Bingo Game, one of the concluding 2022 IAFE convention events. “The YPI Steering Committee is working diligently at planning events for the 2022 IAFE Convention,” said Brittney Harper, IAFE Member Services Manager & Staff Liaison, YPI Steering Committee. 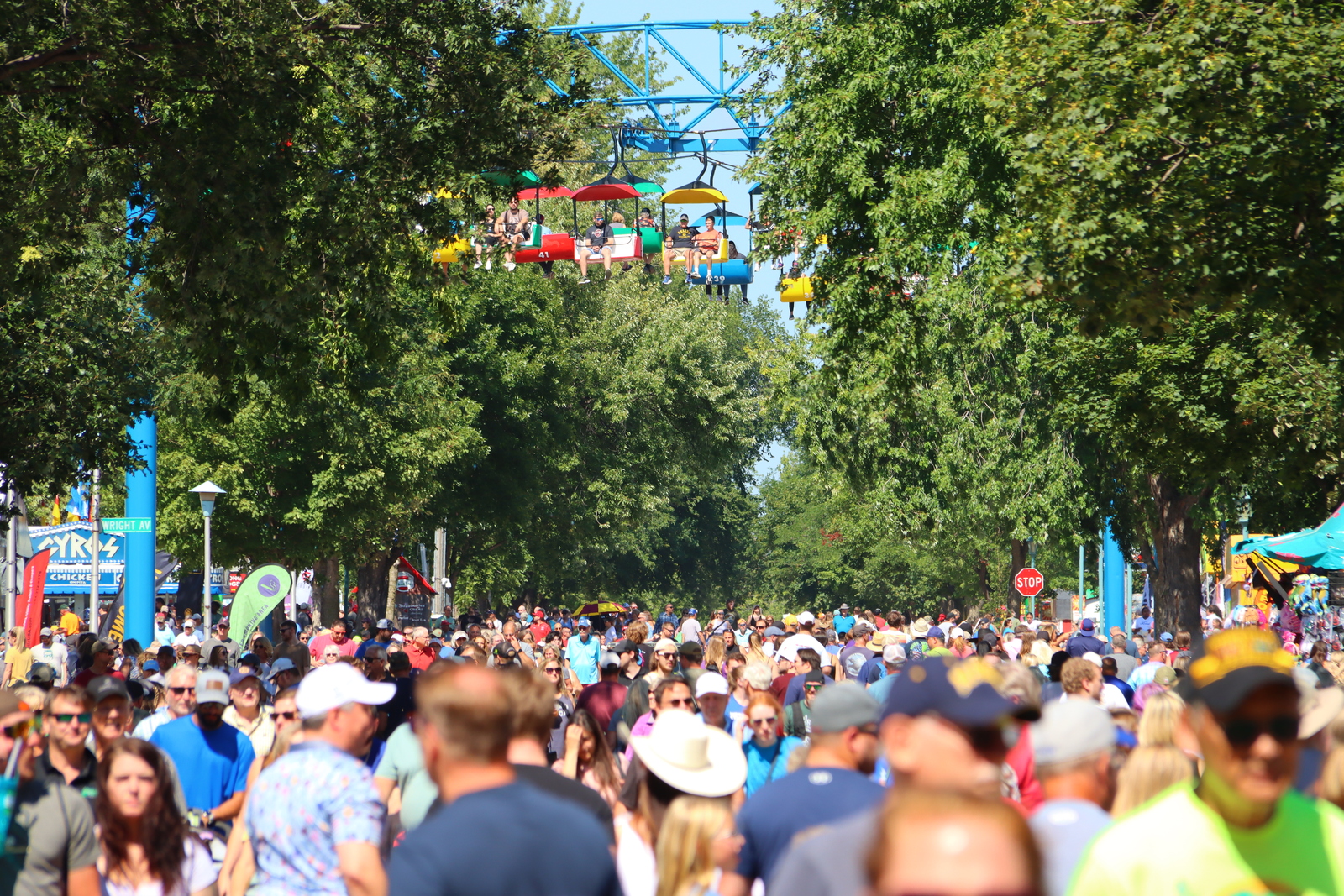 The IAFEs Indianapolis adventure also comes at the end of a robust year, with attendance up and spending up – profitability is another matter, and most fair boards and staff are determining how much of that increase in dollars was eroded by the jump in inflation. Nonetheless, if 2021 was a recovery year for fairs, the 2022 season was one of restoration and an industry made even more resilient by overcoming the challenges of the coronavirus crisis. With this spirit in mind, the theme of this year's convention is simple and direct: Fairs United.  “Sometimes the best lessons in life are learned during the most stressful of times,” said Jeremy Parsons, IAFE Chair and CEO, Clay County Fair, Iowa. “The entire fair industry would agree that the COVID-19 pandemic was definitely the most “stressful of times,” yet it also taught us a valuable lesson – we are connected to each other. While that connection between fairs and fair people strengthened during the pandemic, we realized that connectivity was not enough. We need to be more than connected. We need to be united”

Parsons pointed out that Fairs United has “become a rallying cry that has been used throughout the year at places like the IAFE Management Conference, zone meetings, state and provincial gatherings, and, of course, will be used at the 2022 Annual Convention in Indianapolis. Through the use of sports analogies (nothing says “unity” more than a “team”), we hope that the theme will be a constant reminder that we must be united as an industry. Large or small, each fair and associate member plays a crucial role in our industry. Volunteer or paid, each individual in our industry is a key player on the team. We need each other.”

Team sentiment seems more optimistic than at any time since COVID. “The attitude continues to be upbeat,” said Parsons. “For many of us, our 2021 fairs were not “complete” fairs when compared to pre-COVID fairs. At the same time, many of our 2021 fairs saw record spending by fairgoers. 2022 was a much more normal environment to plan a fair and then put on that fair – and the spending continued to increase. Obviously that speaks to the fact that the normalcy, value, and safe family experience a fair provides is desperately needed and, in turn, well received by the fair-going public. Going forward there are some challenges on everyone's minds – primarily the increased cost of doing business and security challenges.”

At the fairground level, Calico noticed an outpouring of community support this season. Although claiming her fair visits were down in 2022, her route included 21 fairs, seven fairground site visits and even a visit to the Alaska State Fair. “Meeting fair folks where they are is one of the most important parts of my job, specifically, but also for the Association as a whole,” she said. “My observations were that fair guests were excited to drop their troubles at the gate and walk in to enjoy some great family fun. I love asking folks if I can sit with them at their picnic table or at the tables in the beer garden and just strike up conversations. People love “their” fair and I think that is truer today than ever before. I've seen more innovative programming and marketing than I can recount and I think the results will be evident when we announce results of the various IAFE Contests in November.” 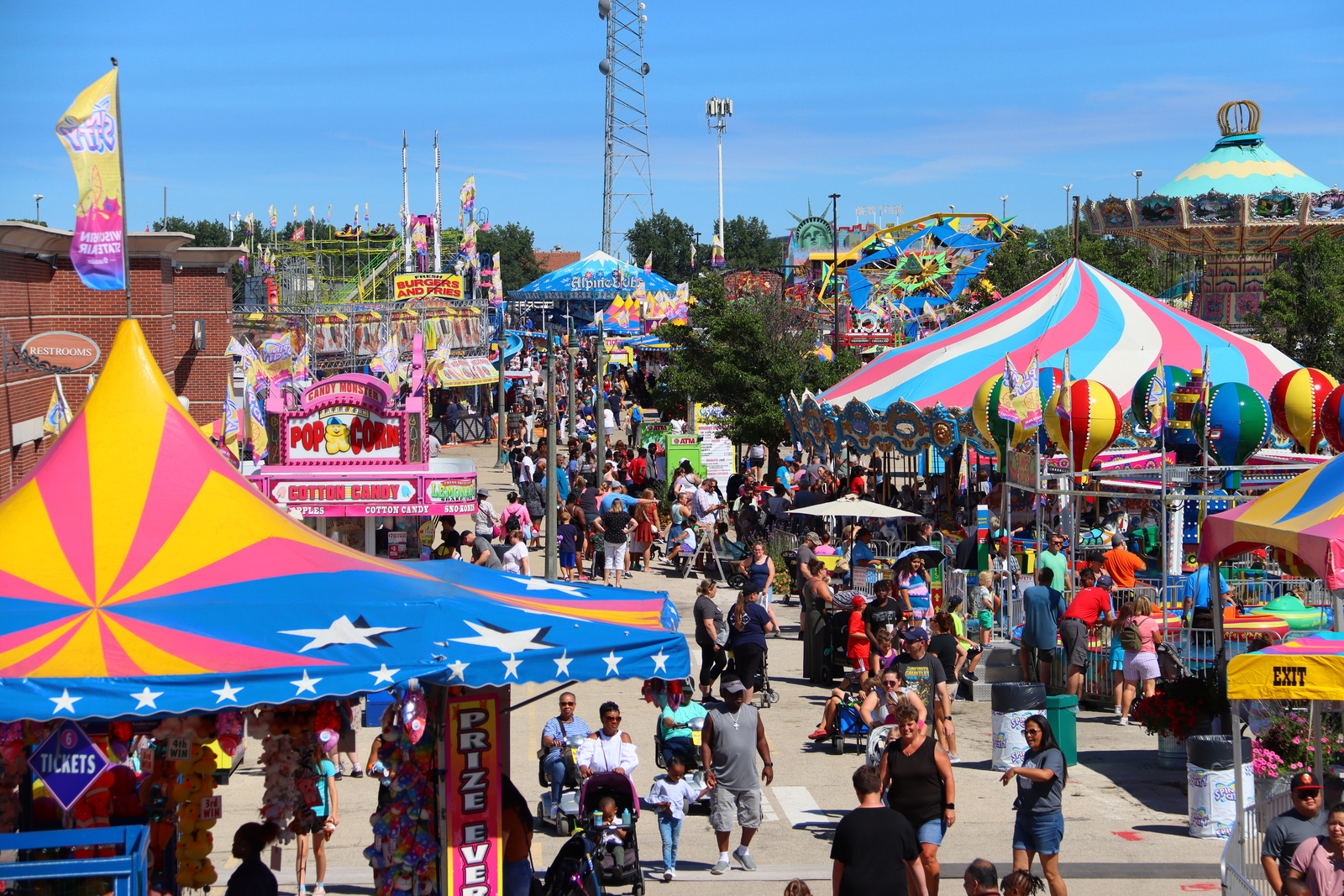