Fairs – especially the more localized and regional events on which communities depend – have to overcome a range of challenges in order to maintain sustainability. For its 39th anniversary as an annual, Northern Virginia tradition – the Herndon Festival faced one of the bigger challenges a fair of any size face – a change in location.

Herndon is considered the largest incorporated city in Fairfax County, Virginia, a suburb of Washington D.C. For four decades, the annual festival was held in the leafy downtown of a quaint Virginia town. This quasi-town square is the centralized public space for this community, an ideal and well-established hosting spot for the annual festival. But due to the construction necessary for the massive renovation of the downtown area, the festival had to move to a more remote although equally accessible location – the campus of Northwest Federal Credit Union – about a mile away from the downtown Herndon.

Public & Transparent
To reassure its following and the community about the move, the festival went public with a full explanation of the move – emphasizing that the move was both due to accommodate the carnival and the essential role the carnival plays for the festival – posted on the website of the Festival Committee, which is under the auspices of Herndon Parks & Recreation Department “…during its lifetime, the festival has returned surplus revenue of $488,000 to the town’s general fund. The revenue derived from the carnival accounts for 45 percent of the festival proceeds. Without a carnival, the event would have to be curtailed in enough ways that it would not resemble what we now know as the Herndon Festival. Therefore, the committee prefers to maintain the full range of festival activities by keeping the carnival as an integral element.”
“The Credit Union campus was similar in terms of acreage as the old location, and it was a parking lot instead of the downtown, but it was critical in our move to preserve the festival,” said Abby Kimble, Marketing Specialist for the Herndon Parks and Recreation Department. In fact, almost everything was preserved, from the midway footprint to the expanded array of entertainment. The most significant loss was the lack of fireworks, due to “no firing site within viewing distance of the festival that meets the safety requirements,” as stated on the festival’s website.

Jolly Shows Midway
The midway for the Herndon Festival was provided by Jolly Shows and from the carnival perspective, the new location had an abundance of benefits. “It worked great,” said Peter Joseph, President of Jolly Shows and a grandson of Frank Joseph, who founded this regional carnival company in 1939. “It was an easier pull-in and set up. Everything was all together in one big space.”

In terms of operations, footprint, and staffing, the new space for the Herndon Festival – compared to the confines of street fair – received big thumbs up from Joseph. “We had some islands, but it was one area, as opposed to downtown where we were in five separate areas. I had to use three different generators, here we got by with just two.”

Another benefit was improved workforce distribution. “The site was more contained, so the staffing was easier. We worked together more and it was easier to monitor staff so they could monitor the crowd and operate the rides more efficiently. It was just basically easier for staffing, they had a better view of all the rides.”

The campus of a large, regional financial institution also provided space for a slightly larger midway, going up two rides to a total of 23 this year. “We were able to sneak in a couple more rides,” said Joseph.

The big midway new was the return of Jolly’s Zipper, which had been on hiatus for the past few Herndon Festivals. New rides for the festival were some kiddie rides, particularly a Helicopter Ride. The shift across town did not change fairgoer ride preference. As usual, the top grossing rides for the event were the Street Fighter and Gondola Wheel.

“There were really no negatives about the move,” said Joseph. “It’s a great festival, I really like it. They have great arts and crafts and more entertainment this year. They did great advertising. It was at a new venue, so you expect a reduction in attendance the first year, but we were very happy on the carnival side.”

Joseph is quick point out that the reduction in attendance is compared to 2017, not 2018. Last year, the fair hit a monsoon streak, rainy throughout the run and the cancellation of the closing day. “This year, the weather was threatening, it got a little goofy, but last year we were down all four days. This year we were down compared to ‘17 but not tremendously.”

Eclectic Entertainment
According to Kimble, 2017 had an attendance of about 80,000, the typical turnout for this four day fair. The attendance estimate for 2019 –the Herndon Festival does not charge admission –  was an estimated 64,000. “We had pretty good weather,” she said. “There were a couple of showers. They were calling for storms or possibly rain on Sunday, and that might hurt attendance.”

The main entertainment for the festival include China Grove, a Doobie Brothers Tribute ensemble; Transit Vocal Band, an A cappela group that mimics a full-band – bass, guitar, drums, keyboards and horns – and presents a cross section of classic soul, pop, funk and rock hits; Vertical Horizon is an American alternative rock band and local legends, forming as part of the  Washington, D.C. grunge scene of the 1990s; Three Sheets to the Wind, a powerhouse cover band known as ‘America's #1 Tribute to Yacht Rock,’ and Farewell Angelina, an all-female country foursome.

The music offerings touched on multiple genres and demographics, including a selection of Hispanic music.
While the actual space had only a little more square footage than the downtown location, the new festival grounds were entirely contiguous. “There was a sense of having more space, and people could walk with ease to experience the entertainment and to get to both stages.”

The Herndon Festival also featured a range of strolling acts, including stilt-walkers, unicycles, monkeys and jugglers. “The strolling acts created a lot more photo-ops for families.”

New Space, Same Great Festival was the natural tagline for this year’s Herndon Festival marketing campaign, which relied on grassroots marketing critical collaborations with radio and TV stations as well as the civic groups that benefit from and/or are associated with the event.

“We have a very small advertising budget. We have very creative partnerships with the radio and television stations and we received a lot of coverage. It was important to have a consistent tagline, even though we had different signage throughout town. We created new graphics, but had the same branding with consistency. In terms of our ad buys, I think we reached a wider audience and were little better informing people in terms of the new location and our free shuttle bus service. We also used  more ads on Instagram and Twitter, and we used Snap Chat Filters.”

The festival featured over 20 food vendors, according to Kimble. Among the top cuisine for 2019 was a donut cheese burger, barbecue, and loaded tater tots. Food trucks have long been a presence at the Herndon Festival, with this year standouts being a burrito food truck and Food Mount Vernon, food trucks from nearby Mount Vernon. In addition, Papa John’s Pizza was also a food vendor at the festival.

“There was more planning this year for the fair, such as the logistics of electric hook ups and water, but I think people like the new space. I was happy to see the family tradition continue. The feedback has been great, our online surveys have been great. Any of the changes were really just tweaking what was in place. It was a matter of finesse.” 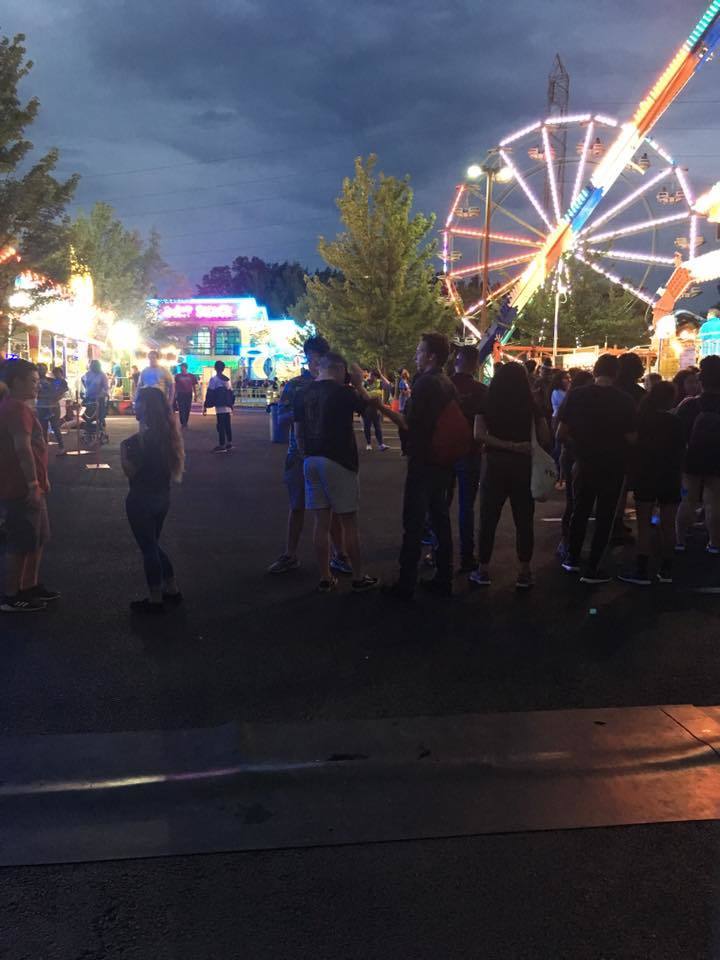 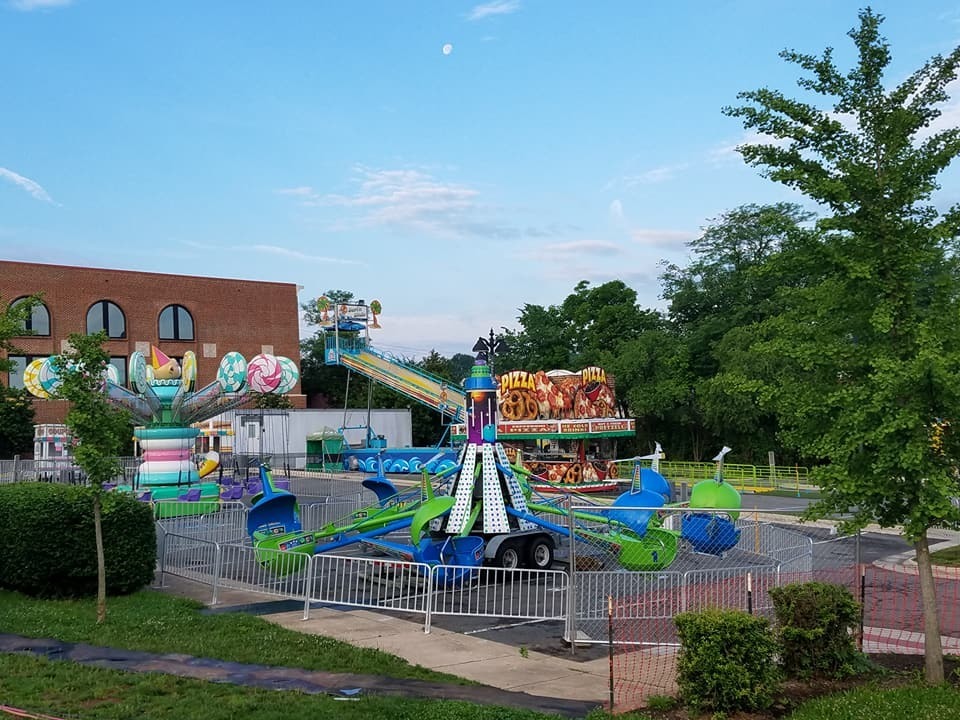 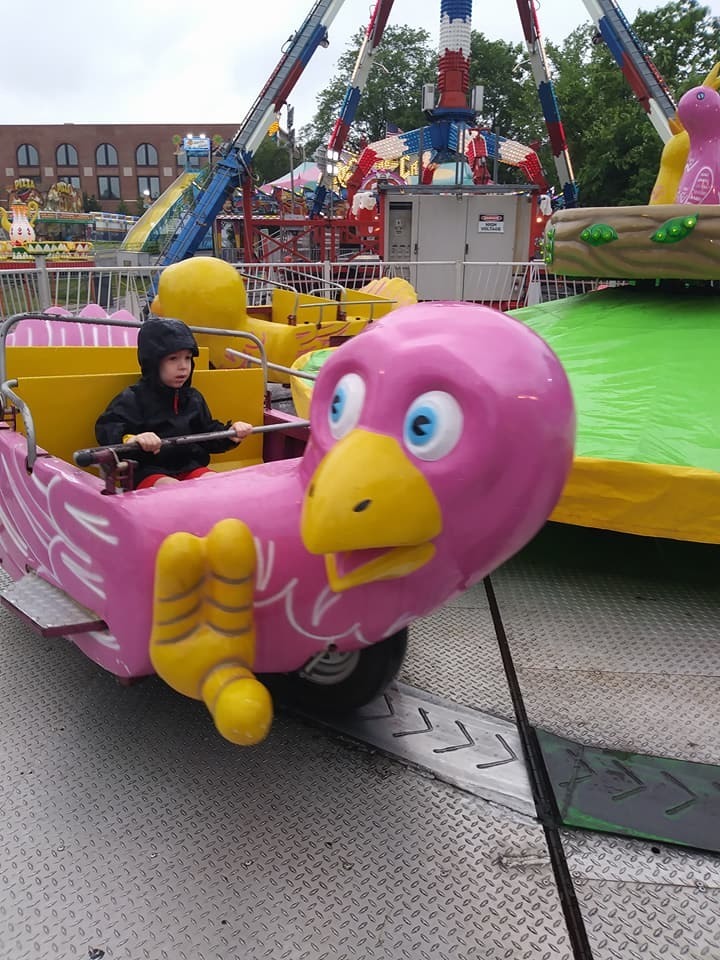 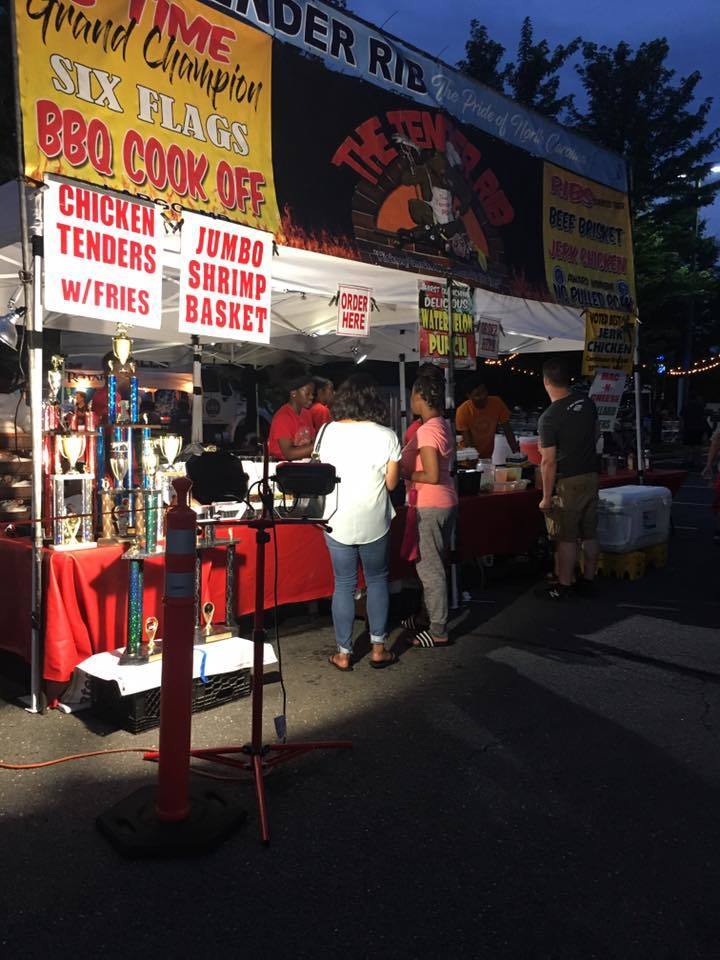 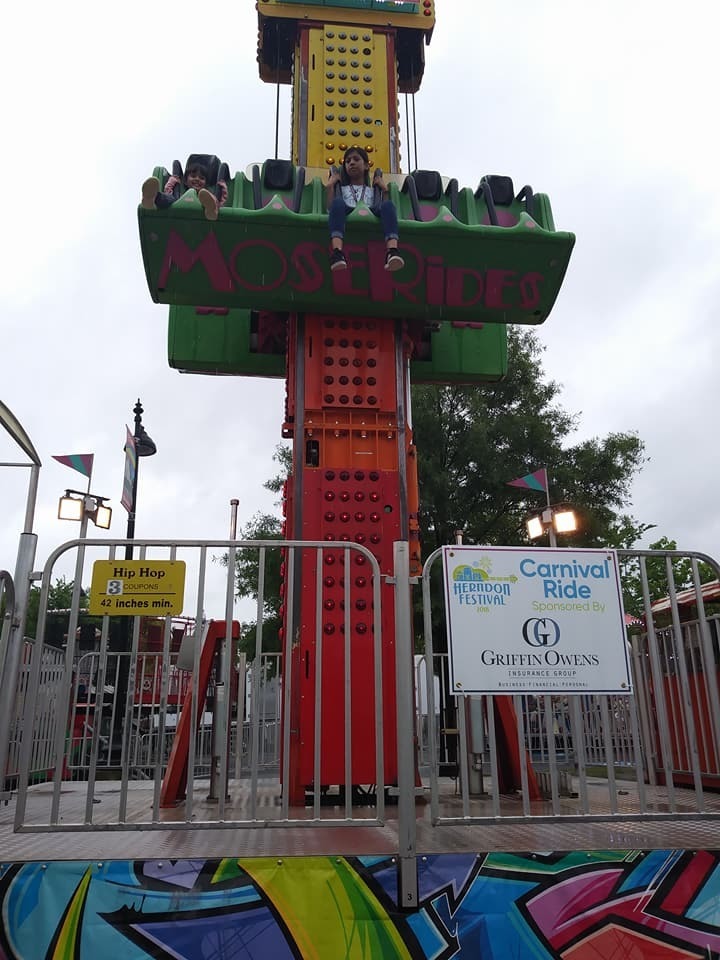 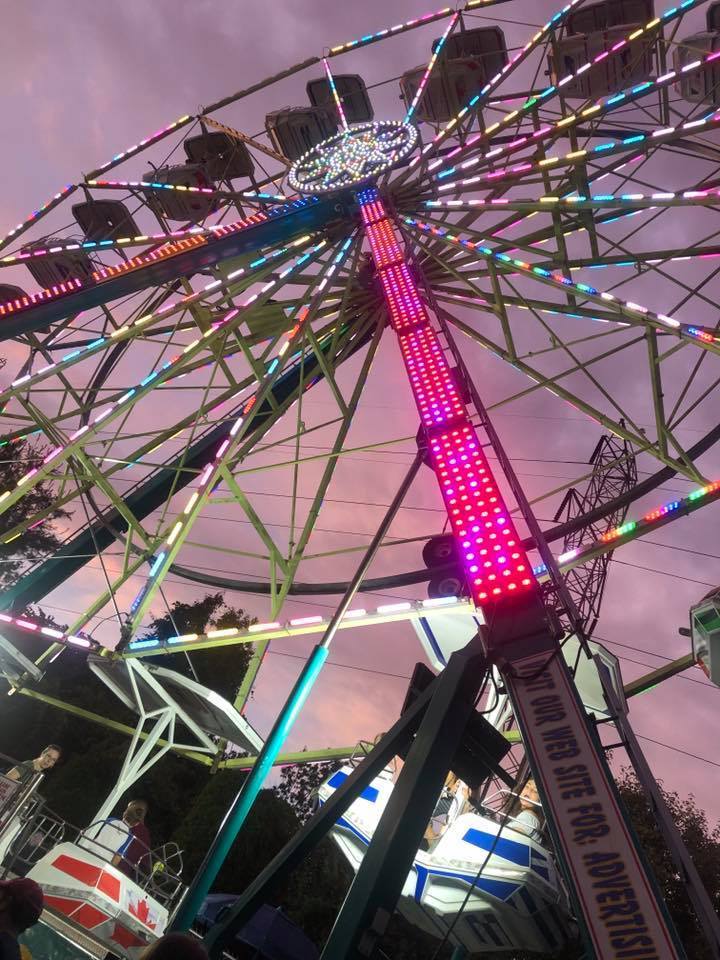