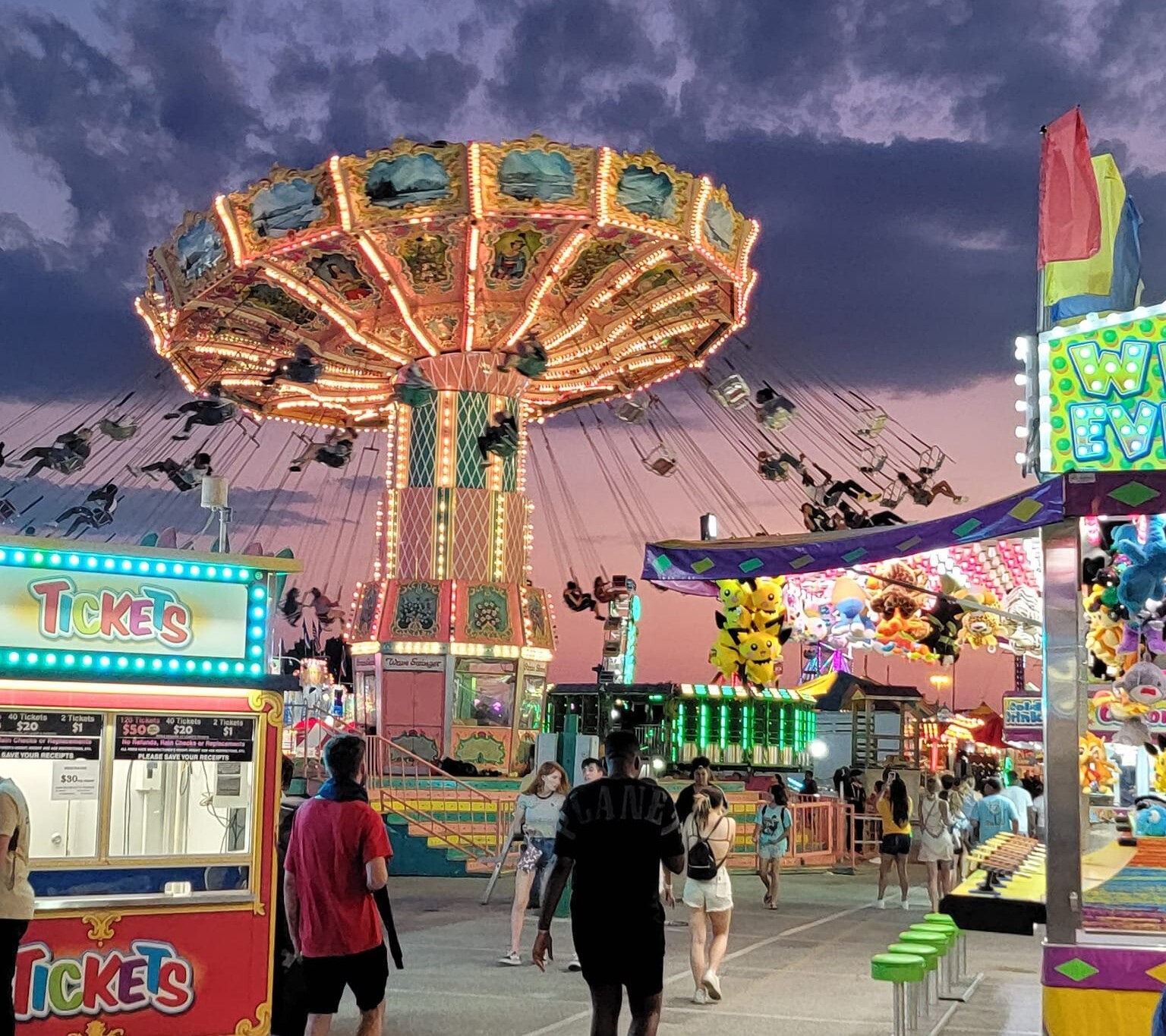 Strates Shows on the Midway
Orlando (FL) based Strates Shows provided the midway at the York State Fair for its second consecutive year in 2022.

In 2022, the York State Fair couldn't catch a break. Severe heat, thunderstorms and last-minute cancellations by major headliners highlighted a run of unfortunate luck for a fair still adapting to a move from September to July. Attendance declined 34 percent from the previous fair in 2021, and the fact of the matter is that many factors are involved in making a fair succeed, and some of those key factors are beyond the control of the fair manager.

“Overall the fair went well from the standpoint there were no major incidents, which in today's world is a successful outcome all by itself,” said Bryan Blair, CEO, York State Fair. “However, we fought the weather right from Opening Day with the first four days having excessive heat indices and then the last weekend we had rain on Friday and Sunday.  Despite the weather the entire run was very smooth with very few hiccups or challenges.”

Mother nature not only dissuaded fairgoers, but forced limitations on operating hours.  The July heatwave , an extreme weather event in some areas of the Northeast,  caused many to stay safely air conditioned at home.

The bad weather was preceded by bad news, headliners suddenly unable to keep commitments.  Toby Keith was forced to cancel his entire tour after receiving a diagnosis of stomach cancer – the tragic announcement was made on June 15, obviously insufficient time to find an appropriate replacement. Then closer to the actual show, an outbreak of COVID forced the Steve Miller Band and Starship to cancel their Saturday night at the Bobcat of York Grandstand Stage. 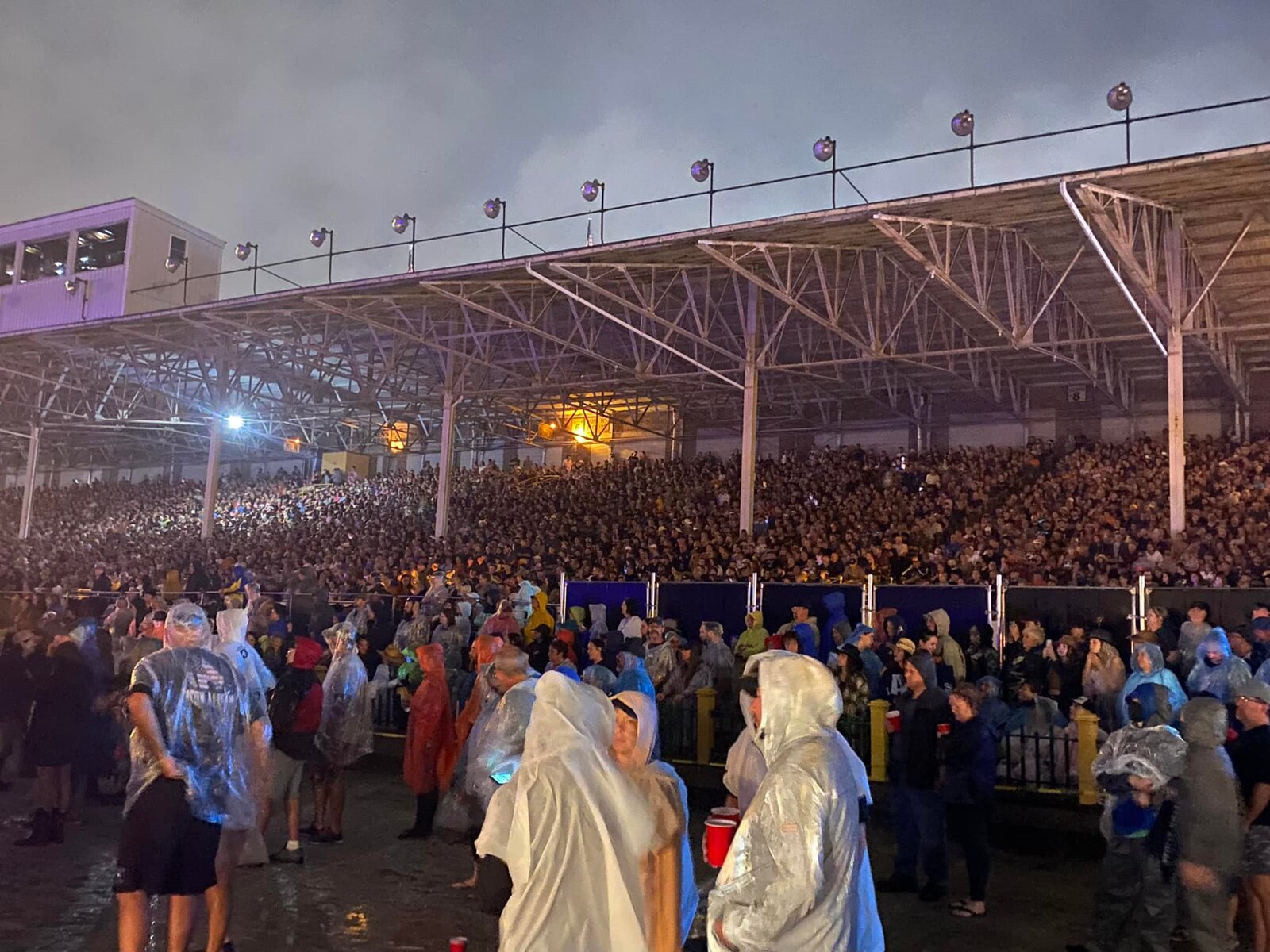 “No doubt losing both concerts had an impact,” he said. “When Toby Keith canceled about six weeks before the Fair we'd sold nearly 9,000 tickets to the concert.  We tried to find a similar headliner but weren't able to do so in such a short window.   The Steve Miller Band cancelation happened four days before the concert was scheduled and we'd sold nearly 6,000 tickets.   Again we tried to find a replacement act but there weren't similar acts of the same stature available on such short notice for various reasons.”

What did Team York Fair do?  “Obviously we pressed on.  We were able to bump Tracy Byrd into the headline slot on Friday night and add American Idol Runner up Hunter Girl into the lineup to open that show.  That kept us from having a dark stage on the last Friday night. However we did have a dark stage on Saturday night.   While it hurt some, it was our biggest night of the fair on the midway, and for all of our concessionaires as the weather was perfect.”

While 2021 was a restorative year, on par with 2019 in terms of attendance and spending, the York State Fair must unknot the same quandary most fairs face this year: how much of the  2021 bounce back was due to the fact fairs were the only game in town and consumers were flush with stimulus funds?

For the York Fair, this industry-wide scenario contained another complication – was the move to July worth it? The dilemma is how to factor in COVID when assessing the data from 2021, and now a record-breaking heatwave. The National Oceanic & Atmospheric Administration, which has been keeping records for 128 years, declared July 2022 as the third-hottest July on record for the United States.

“This was the second year of the fair in July,” explained Blair. “The Board voted to move the dates to July in winter of 2019 with the plan of 2019 being the last September fair.  However, COVID canceled the 2020 event so our first fair in July was in 2021.”

Attendance reached 352,077 – in 2021 it was 529,574 – both years had different factors to consider when assessing the data – which number is closer to the July norm?  “Personally after the record fair we had in 2021 I was hoping that we would be at least within 75 percent of last year's numbers and have spent the past year wondering how much of 2021 was due to the shutdown the year before.  I think we would have hit my mark had we had better weather. I also believe that the inflation that we've all been dealing with the last few months contributed to things being down here as well.”

Inflation rates unseen since the early years of the Reagan Administration have dominated the economic news for months, and as the flurry of price increases became a blizzard, the York Fair had to navigate through the tensions. “We had our first gate and parking adjustment this year in nearly 10 years but it was necessitated due to the rising costs we have encountered in operating our facility and producing the fair,” said Blair. “Everything has gone up. Our liability insurance, the cost of basic supplies to stock restrooms, labor costs, utility costs and the costs of the grounds acts that we bring in have all skyrocketed. “

The York State Fair adapted a careful and deliberate strategy, analyzing each line item and developing an event-wide strategy. “When we decided to increase the admission last winter it was a matter of either cutting some grounds acts or charging people a couple more dollars to get into the fair and keep the same level of entertainment in terms of quality and number of shows,” he said. “We decided we did not want to shrink the fair but maintain and the only option for that was an adjustment to the gate admission price.”

Consumer resistance however remained unapparent, as fairgoers followed the robust spending patterns similar to those of 2021. “The people who attended this year were spending,” said Blair. “I don't have per cap figures yet, but I can tell you that Strates Shows beat the three year average nearly every night in midway ride gross.” 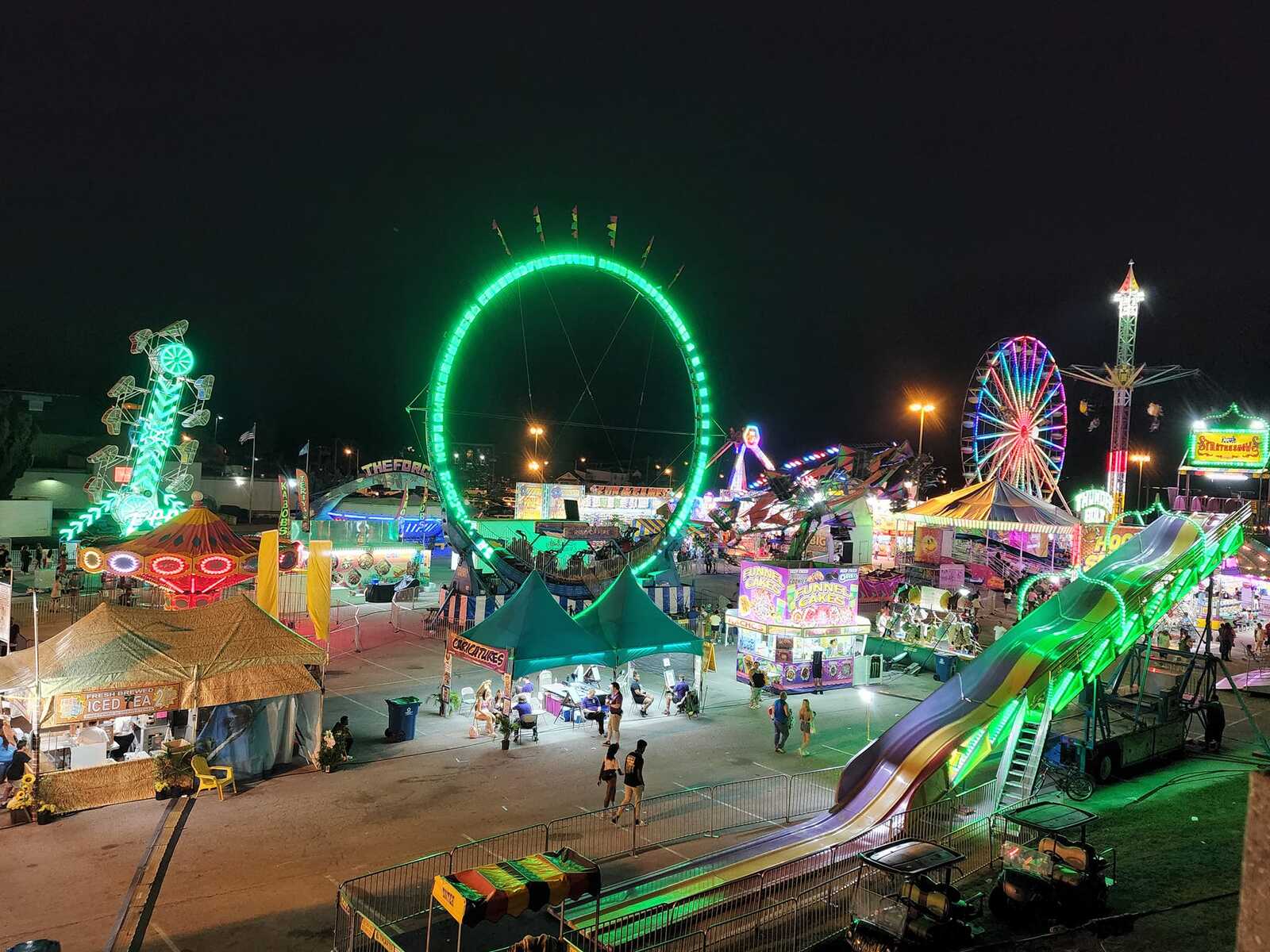 “It was a good, solid fair,” said Jimmy Strates.  James E. Strates Shows. “Our revenue was higher than the average. But we didn't get the breaks like we did last year, with the great weather and the stimulus money. Usually you have a synergism between the midway and the concerts, and but when you have two big shows cancel, it's like you're left without a stomach. The weather was extremely hot. Then the heat wave gave way to rain but at inopportune times.  I think we would have had another record year, if it wasn't for the weather and the cancellations.”

Strates Shows brought a full complement of 50 rides. “I haven't seen any ridership numbers yet but rides like the Wave Swinger, Double Carousel and Pirate ran full loads a lot of the time,” said Blair. “We had an impressive midway! Strates brought in seven multi trailer pieces including the Pirate, Thunderbolt, Reverchon Himalaya, Musik Express, Wave Swinger, Double Carousel and KMG Claw.”

When the weather was cordial, the midway was often at near capacity. Strates was also able to present a more complete version of its ideal midway experience. Last year, due labor shortages and other issues, the company scaled back its midway to about 75 percent of its typical equipment inventory. These returning favorites – which included a merry-go-round, Himalaya,  and four Hampton Rides – may duplicate the midway staples of 2021, but they round out the midway and give fairgoers more reasons to linger and lollygag.

According to the States, the full complement of rides, “makes you look bigger because you actually are bigger. You want to light up the skyline and have more things for the customer to do, more stuff to see and ride. We're happy that we increased our rides this particular year, we had more midway, but other circumstances intervened and mitigated our grosses.”

The fair's 2022 marketing budget saw an increase of about $100,000 to $350,000, and a campaign was constructed around a boast invoking history and tradition. “America's First Fair.”

According to Blair, the media buy was: 45 percent radio, 20 percent broadcast/streaming, 30 percent digital, 5 percent print. “This year we focused on increasing our reach by using Spotify and YouTube advertising as well as more with social media on Facebook and snapchat.”

In spite of two major cancellations, grandstand entertainment included huge crowds, especially for Jason Aldean, For King and Country, Fluffy and Foreigner. ”Even with two cancelations we paid for our entire concert lineup with ticket sales for the third consecutive fair, having done so in 2019, 2021 and 2022.  In a time where many fairs struggle with the high cost of concert entertainment we are bucking the trend in paying for our lineups.”

He added, “Jason Aldean was our first sell out concert since 1989 with over 13,000 in attendance in the rain.” 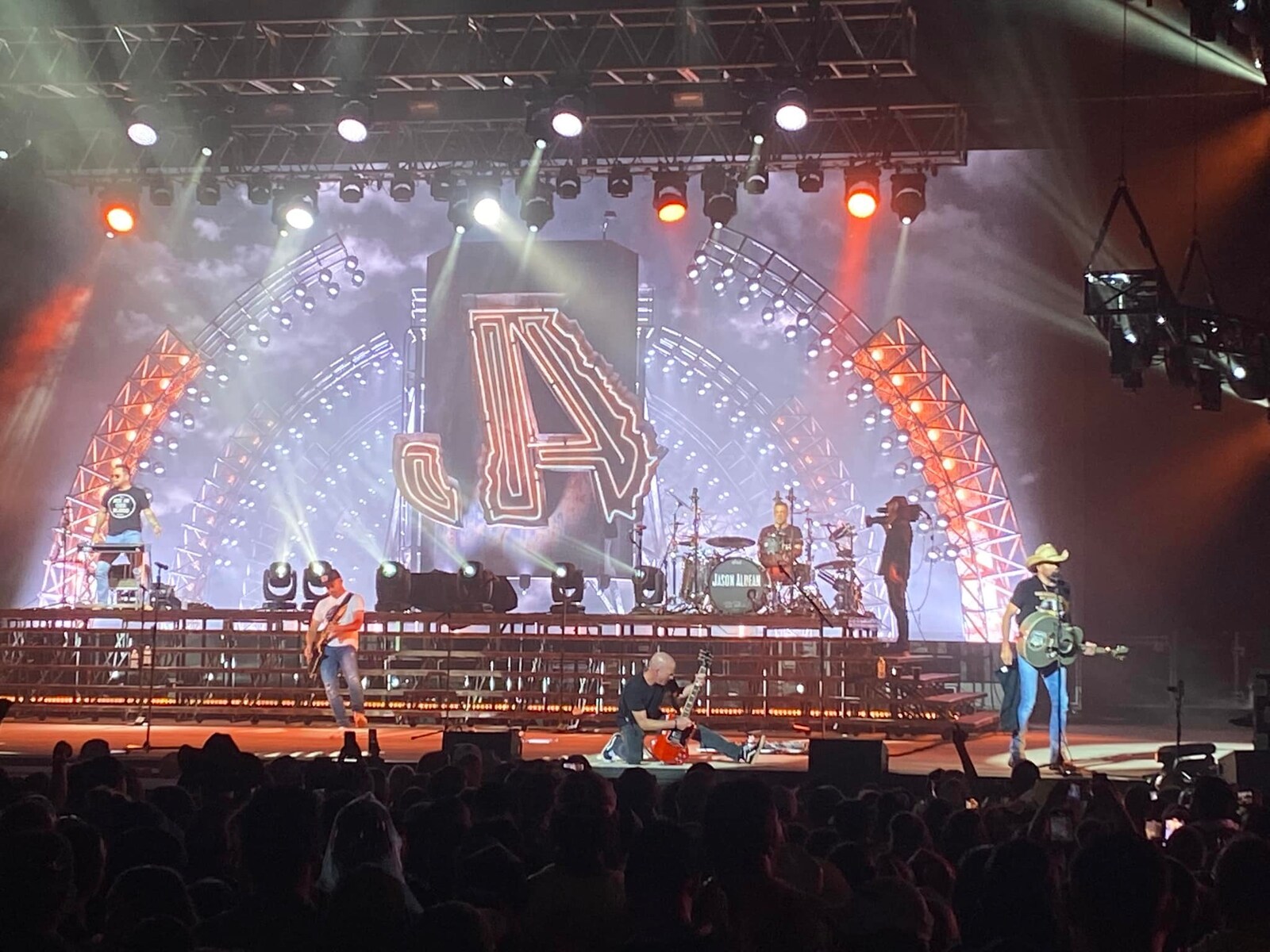 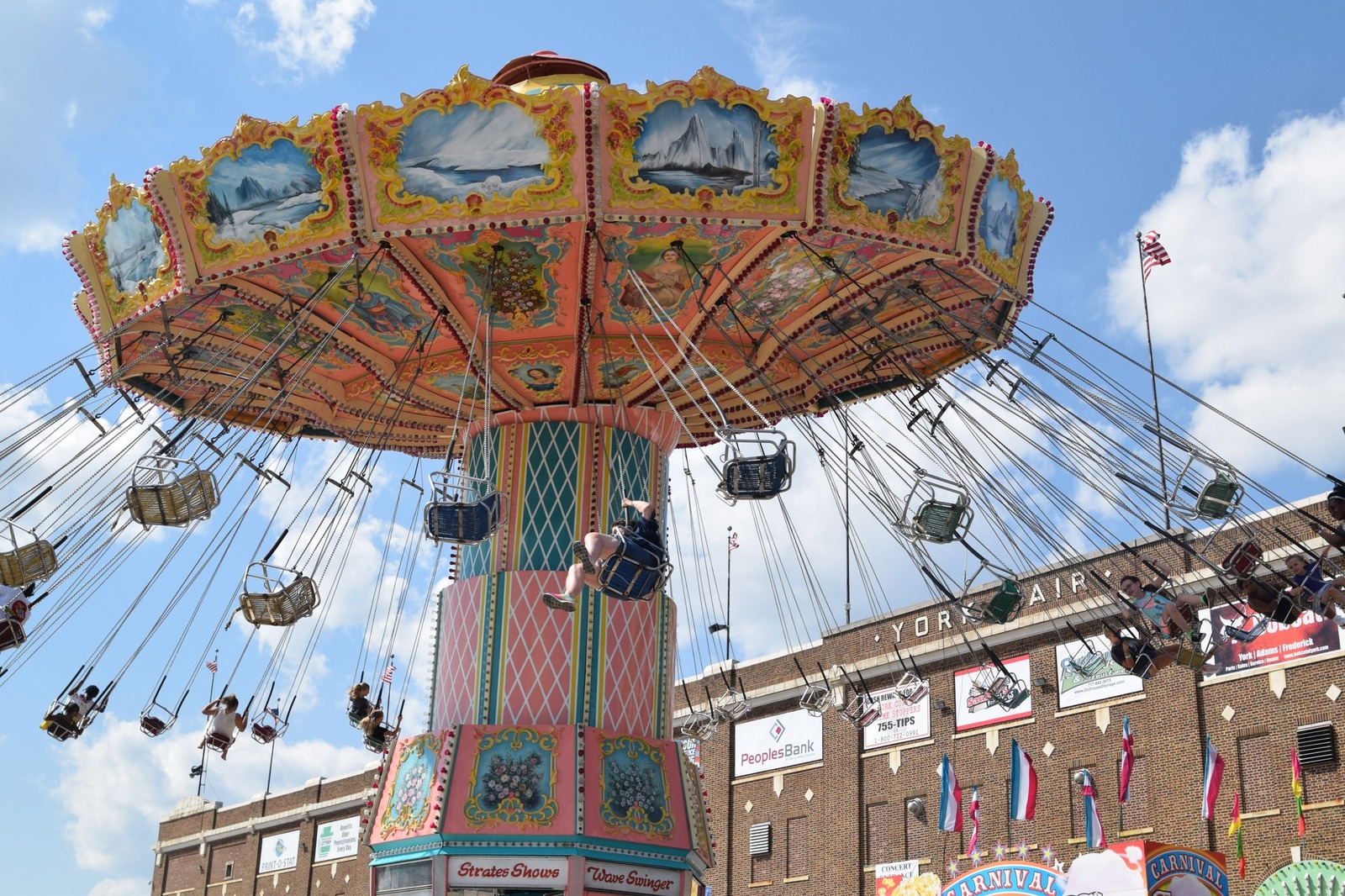 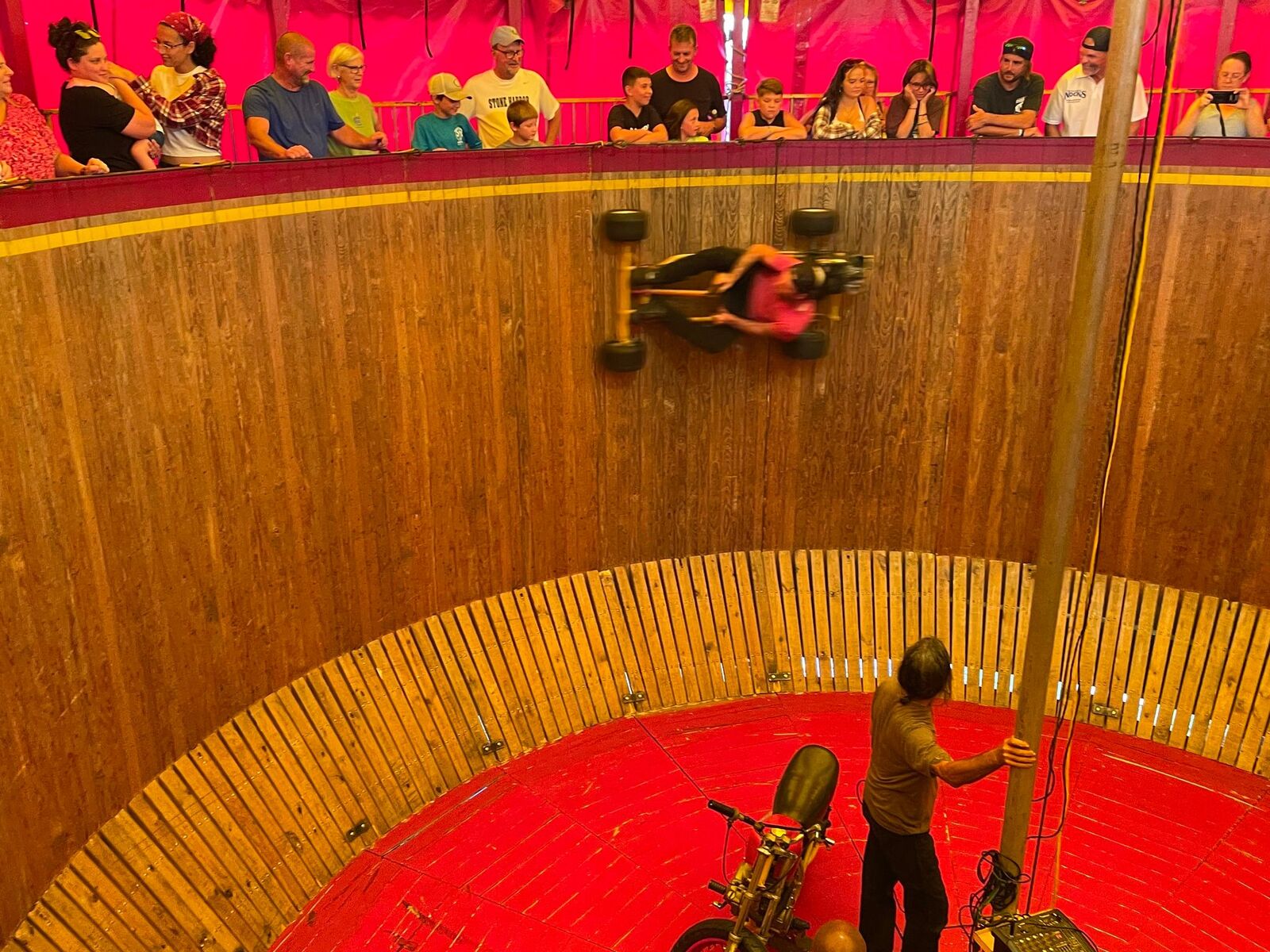 Strates Shows on the Midway

Orlando (FL) based Strates Shows provided the midway at the York State Fair for its second consecutive year in 2022.