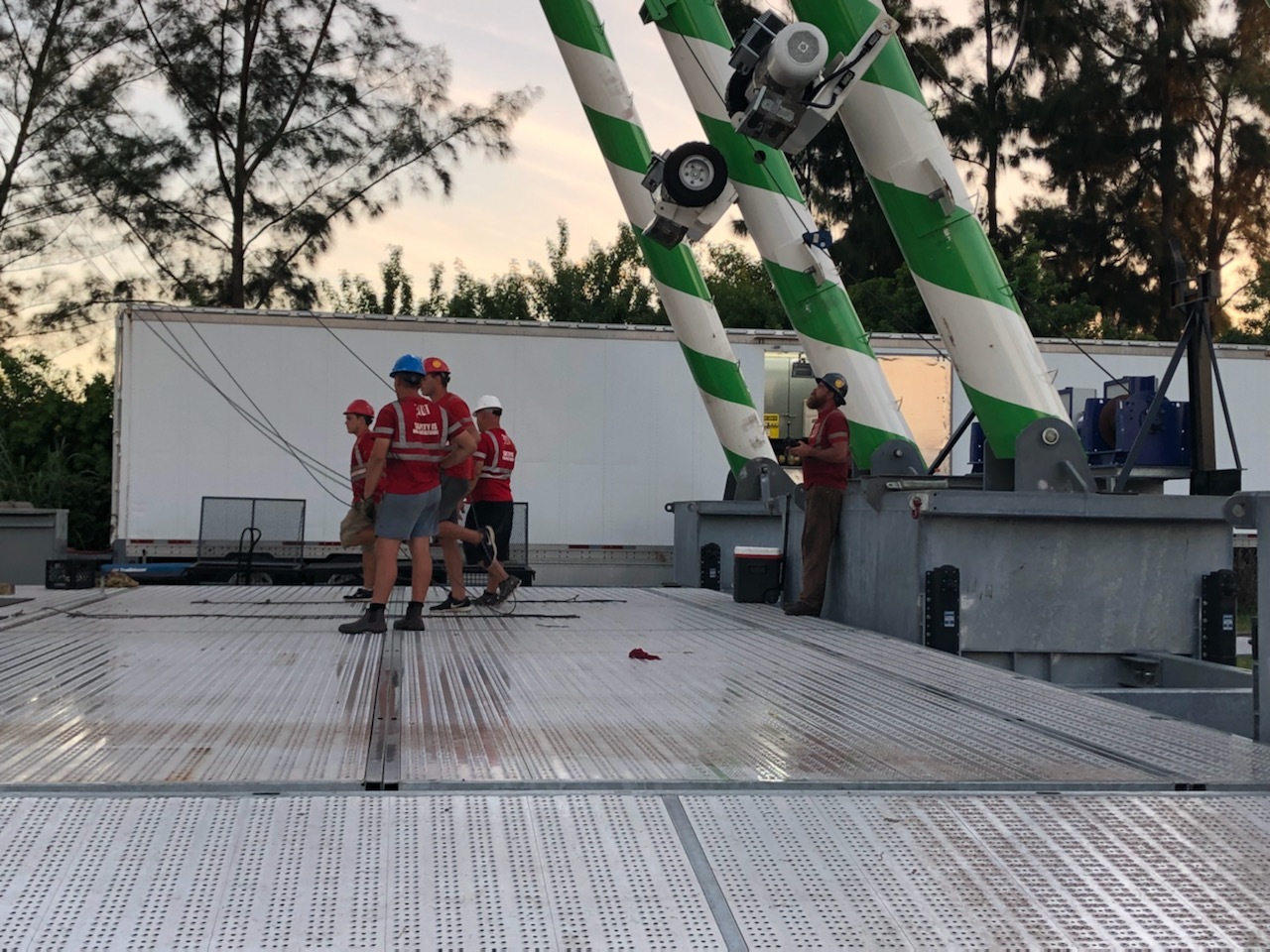 AMERICAN & H-2B TEAMWORK
A group of American and H-2B workers working together as a team to assemble the Midway Sky Eye co-owned by Wade Shows & Wood Entertainment Company. Photo courtesy of Katie Lowe.

Carnival companies and the fair industry were headed towards a potential workforce crisis until a much bigger crisis – the COVID-19 pandemic – overwhelmed the global economy, including the U.S. fair industry.

Currently all aspects of the live-event industry, including the seasonal guest worker program, is on hold and will be until safe social distance mandates, quarantine enforcement and bans on gatherings of 50 people or more are no longer in place. The national emergency continues to unfold; its impact still unknown. No one knows when things will get back to normal or what that the new normal will look like, especially to midway providers.


“The world is different than a month ago,” said James K. Judkins, President of the JKJ Workforce Agency, who recruits and aids in the processing of guest workers for carnival companies, concessionaires and circuses . “Who knows what individual business owners will need in terms of workers when this is all over. This is way beyond what we can give answers to.”

But what we do know is that prior to the massive cancellation of the spring event season – at least up until May 30 – the H-2B program seemed to be on the verge another year of crisis: demand for workers far exceeded supply: delays expected for the April 1 start date: new restrictions on worker eligibility based on nation of origin; discrepancies as to how many workers would be available and revival of anti-immigration policies muddying the H-2B debate. With many carnival companies already capped-out, the new allotment of H-2B workers were needed but the outlook seemed bleak.

The trouble started – as it usually does – in January when the visa filing process begins. Back then, a booming economy, record high stock markets, record low unemployment, and many carnivals having record or near-record revenue in 2019, all combined to increase the demand for H-2B workers. Estimates expected demand for foreign workers would at least be 10 percent higher in 2020 than in 2019. The Department of Labor announced that 5,276 applications representing 96,400 H-2B worker positions had been received as of January 7, 2020 – more than 4,930 applications representing 87,298 workers were filed on the first day of the three day filing window alone.

The program enables US employers to hire approximately 66,000 foreign workers a year, with the allotments split evenly between the winter and summer seasons. More than 70 percent of all H-2B applicants were capped out for the second half of 2020. The Department of Homeland Security has the authority to release an additional 69,320 H-2B visas, which many industry observers said would satisfy the entire H-2B demand for FY2020. To support this objective, a bipartisan letter to the Acting Secretary of Homeland Security asking that he immediately release all of the additional H-2B visas authorized under the FY2020 DHS Appropriations Bill was circulated by Reps. Harris (R-MD), Pingree (D-ME), Bergman (D-MI) and Keating (D-MA) and Senators King (I-ME) and Rounds (R-SD). The Outdoor Amusement Business Association, the International Association of Fairs & Expositions and other industry organizations encouraged members to write their congressional representatives in support of the letter.

"We hope that this letter will garner an overwhelming number of signatures from Members of Congress and Senators to send a clear message to DHS that we need quick action to address the H-2B cap," said Judkins at the time.


It is unclear how far this letter and its support had progressed when in February it was announced that the DHS would release 45,000 H-2B workers, according to a Wall Street Journal article that indicated the first wave of 20,000 to be available immediately – likely in time for an April 1 start date — while the second wave comes after June 1.

According to the report, 45,000 was not yet the official new cap, and quoted a DHS spokesperson who said that Acting Homeland Security Secretary Chad Wolf “has made no decision yet on the issue, Any numbers reported on at this time are being pushed to press by junior staff who are not privy to all of the discussions taking place.”

In fact, the 45,000 was so unofficial that the Seasonal Employment Alliance, an advocacy group for the H-2B program, was unable to confirm the announcement. However, the SEA urged the membership of the organizations in its coalition to release the 45,000 in one batch instead of separating it into two tranches.

Then about two weeks later, another Wall Street Journal article stated that the DHS had announced that an additional 35,000 visas would be made available, with new restrictions. Of the 35,000 total, 10,000 will be set aside for workers from Guatemala, Honduras and El Salvador – collectively known as the Northern Triangle – and those would be the only countries that will be allowed to send new applicants. Those three Central American countries accounted for the majority of asylum seekers crossing the border illegally last year. DHS officials said that providing these people a pathway to work lawfully in the U.S. will reduce the incentive to migrate illegally.

The Wall Street Journal quoted a DHS spokeswoman: “The department is taking significant steps to promote integrity in the program, combat fraud and abuse, and ensure the supplemental allocation aligns with the national interest.”

Judkins was quick to caution that neither the early reported 45,000 or the more recent 35,000 figure was still not decided. “Nothing was certified or authorized. These were stories in the press with unnamed sources.”

In either case, the final DHS ruling was still pending when the COVID-19 outbreak shutdown the fair and live-event industry with the March 15 CDC Announcement banning public gatherings of 50 or more. 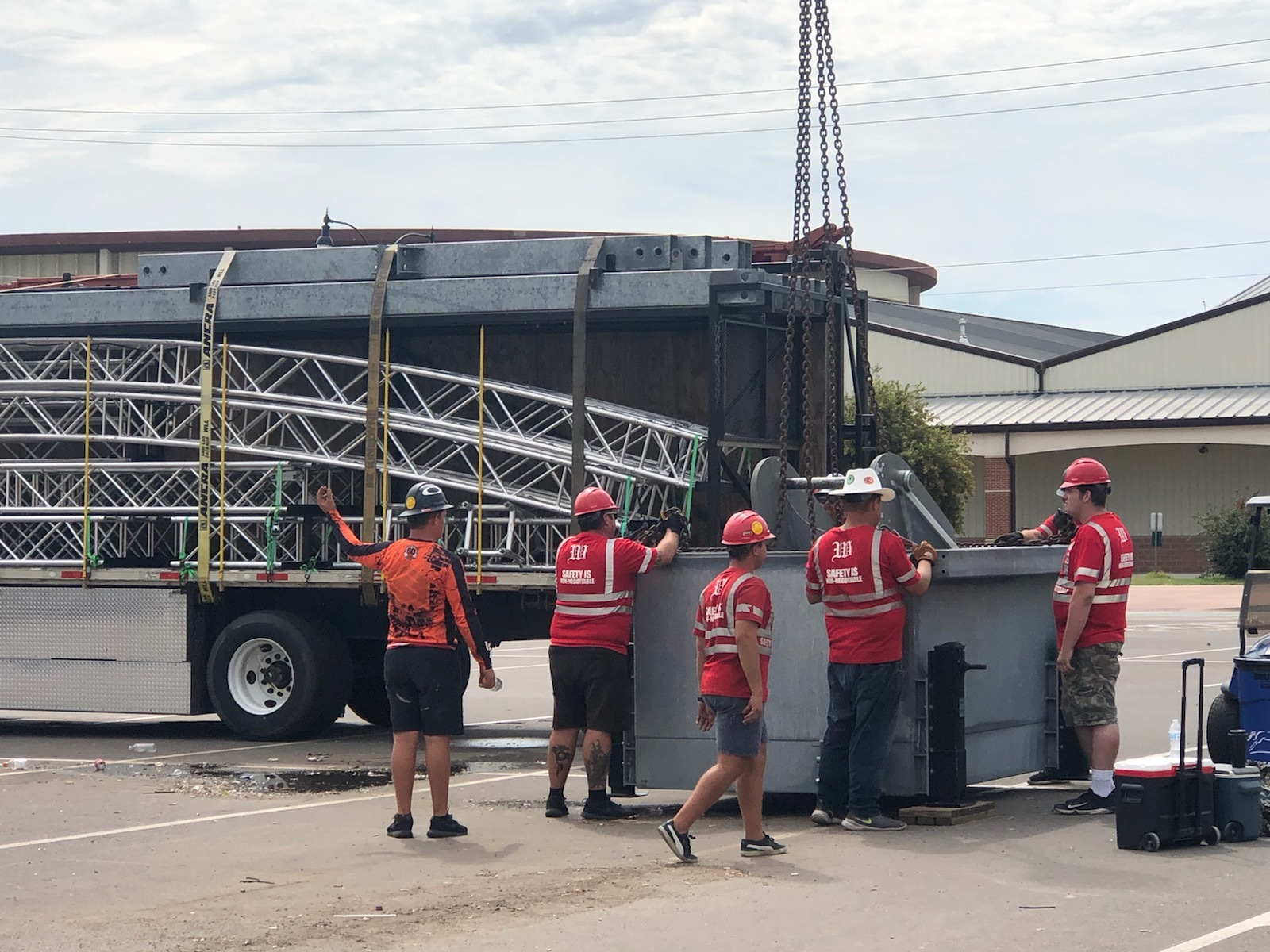 The more recent 35,000 allotment allowed workers would be distributed into two tranches: 20,000 then 15,000. With the final announcement inconclusive, carnival companies were braced for the scenario similar to 2019 where the workers would come, but well after April 1. Last year, the delay in increasing the cap caused the bulk of carnival company workers to arrive in early June, and midway providers coped with under-staffed conditions resulting in midway shrinkage and even event cancellations.

On March 6th, after 35,000 figure was being circulated, Carnival Warehouse spoke with a few “capped out” carnival companies. “I do not know if I will get any workers this year, we're still waiting to hear.”

“The rule hasn't been enacted yet, so we don't know how many workers (will be available), but 35,000 is not what the demand is,” said Michael Wood, Wood Entertainment Company, and chairman of the Seasonal Employment Alliance.

The majority of the H-2B workers come from Mexico, although an estimated 20-30 percent are from South Africa. The new Triangle Nation policy is “purely political,” said Wood. “You prefer to have returning workers, the system favors returning workers. I do not know of anyone who uses workers from those countries, but that's not to say they won't. It's not an impossible hurdle.”

It is the first time in the history of the program that this favored nation status was put into place. Judkins said that his company has already set up recruiting offices in the triangle countries.


The Wall Street Journal article also revealed a mostly expected setback for H-2B proponents. The guest worker program was again linked to the immigration crisis, but this time at the highest levels of the administration. Not only was the rhetoric surrounding the program more heated and contentious, it was newly connected to the politics of the presidential election. According to the report, Stephen Miller, a Senior Policy advisor considered President Trump's top immigration adviser, argued against the higher number because it “risked displeasing the president's base, which views immigration skeptically, as the election season ramps up, people familiar with the discussions said.”

“That's always been the case, the H-2B issue has always been linked to politics,” said Judkins. “I can't say whether this being an election year is making any real difference.”

What ultimately made the real difference is the COVID-19 pandemic. Wood suspects that the 35,000 figure will be the one the industry will have to deal with, mainly because legislators and government departments – most notably DHS – are simply “turning away all lobbyists. If you aren't talking about the coronavirus right now, they don't want to talk with you,” said Wood.

With the fair industry like the rest of the nation, essentially on quarantine, the demand for carnival company workers has been temporarily nullified. The same is essentially true for the hotel and resort industry, but other H-2B users such as landscapers and seafood processes are still using guest foreign workers. “Consulates are still open and H-2B visas are still being processed,” said Wood.

Those visas being processed are workers within the cap. How the pandemic is affecting the speed of the processing is unknown and even industries still utilizing guest workers must reformat work crews so they are fewer in number and practice social distancing measures. Also, Eastern European nations, where some H-2B workers originate, are under a travel ban and/or are under quarantine. If this happens to larger H-2B suppliers, such as South Africa and Mexico, workers would not be able to leave.

The Outdoor Amusement Industry is locked in a wait-and-see mode, hoping that the fair season can be salvaged by Memorial Day and events can go on. In the meantime, carnival company owners are making tough employment decisions. Carnival companies have returned to their winter quarters, and while there may be some mechanical work conducted, such as refurbishing equipment, the fact is most of those procedures were already completed in preparation for the 2020 season.

Many companies are sending their H-2B workers home, or giving them a choice between part time hours or returning home until the fair season resumes. The H-2B visas are a Multiple Entry Visa – meaning that workers can leave and return without additional paperwork, as long as their visa and certificate of labor are valid.

Wood offered his H-2B workers a choice between part time hours or returning home and said all have chosen to stay.  If by mid-April it looks like the season will not resume or resume later in the year, then the part time option will not be feasible. “For now, everything is on hold. They can either stay here on a reduced schedule or go home and most have decided to stay.”

The future of the H-2B program is dependent on the future of the fair industry, itself dependent on a series of variables. “Even when the pandemic ends, how quickly can the fairs and the carnival companies ramp business back up is anyone's guess,” said Judkins. “What will employment be like at that time, and there may not be same need. Right now, everything's hypothetical.” 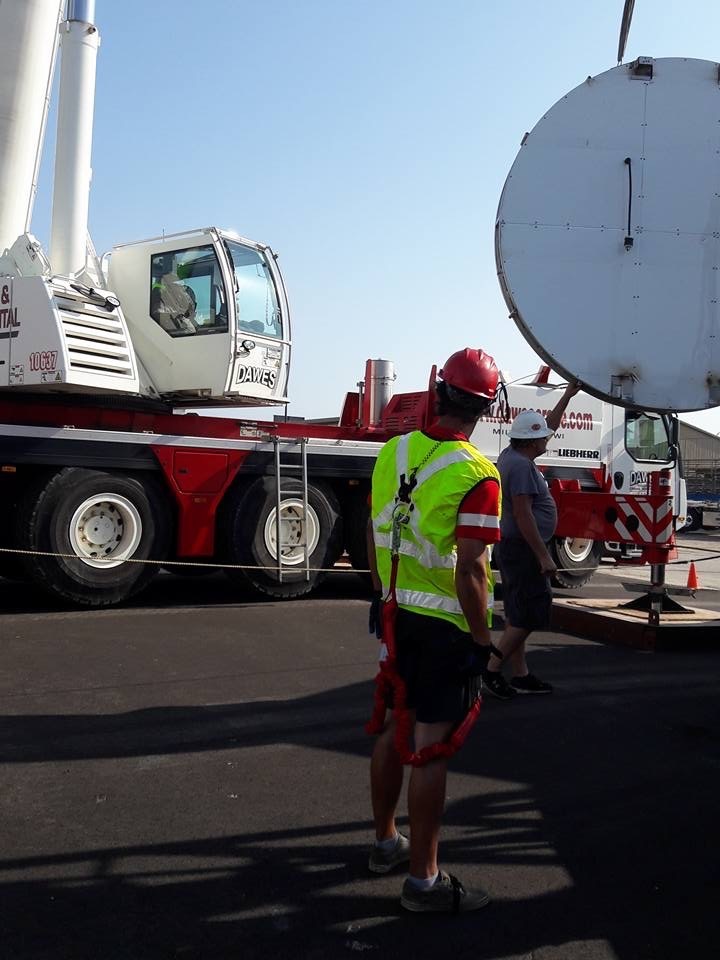 A group of American and H-2B workers working together as a team to assemble the Midway Sky Eye co-owned by Wade Shows & Wood Entertainment Company. Photo courtesy of Katie Lowe.

A group of American and H-2B workers working together as a team to assemble the Midway Sky Eye co-owned by Wade Shows & Wood Entertainment Company. Photo courtesy of Katie Lowe.