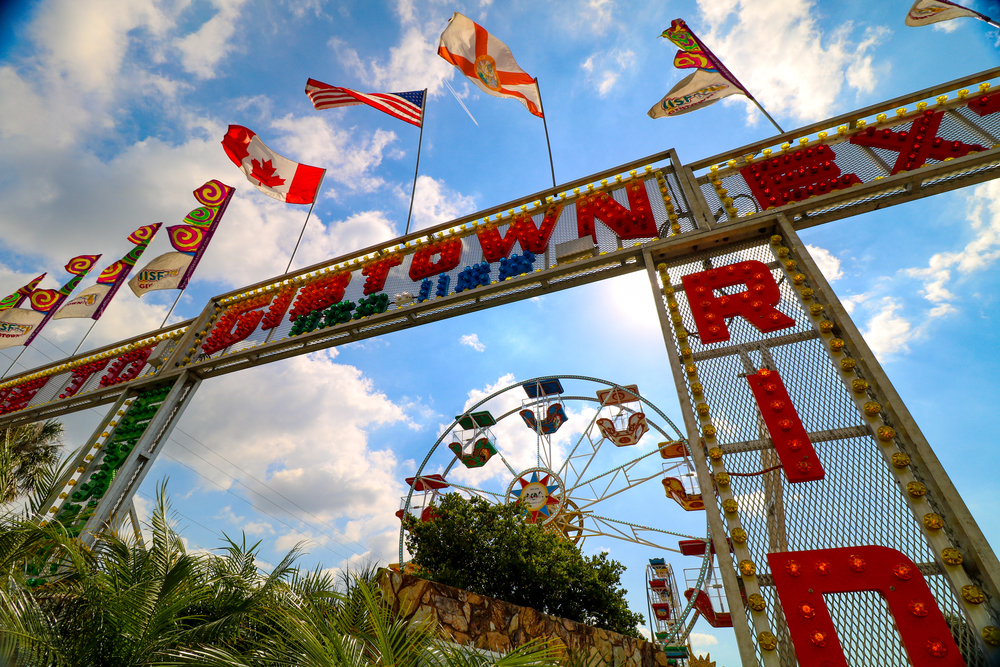 January is a hectic month for Teresa Rimes, Trade Show Secretary for the International Independent Showmen's Association. Pre-registration is significantly higher than ever and only a small handful of exhibitor spaces were still available.

“We are way up over last year,” said Rimes. “But there are still procrastinators. Every year they wait until the last minute.”

On February 5-8,  carnival companies, concessionaires, fair managers and other outdoor event industry professionals go to Gibtown to network, attend educational sessions, renew relationships and survey the latest rides, equipment and other products and services in one of the most comprehensive trade shows exhibitions in the industry.

The 2020 edition is more than a tradition, for many in the industry attendance will be a necessity. Highlights will include an expanded seminar on the H-2B crisis and the first ever NARSO certification courses.


While weather is always a factor, the general consensus seems the industry had a very positive year. Many fairs either set records or were at least up in attendance. A booming economy in many areas of the country increased the disposable income of many families, resulting in boosted per capita spending on many midways last year.

The result seems to be an industry eager to start a new decade at this essential conference. “Let's hope they all had a good year,” said Rimes. “I don't know if the industry is more optimistic than last year. We hope we at least have as good a year as last year. Honestly, with all the new technologies being used in rides and equipment, they really hurt their business by not coming.”

Online services may have streamlined market research and purchasing for all industries, but the one-on-one aspect that the IISF event offers is crucial for both short and long term business success in 2020. “People still need to meet face-to-face,” said Rimes. “Everybody is working the show. People come here to write orders.”

The organization has retained the four-day format of the tradeshow, but concludes on Saturday. “It was better to make Saturday the last day so people can stay for our complete programing,” said Rimes.


In addition, the pre-registration has been streamlined and more automated. 2020 will the first year the entire process can be completed online. The sometimes lengthy lines at the registration desk are now a thing of a past.

“By being able to register online this year, there will not be the lines that sometimes stretched out into the parking lots,” said Chuck Mayo, Trade Show Chairman, IISF. “We've eliminated the lines this year. Our preregistration is up over 35 percent this year. The carnival companies are very upbeat, it's a combination of a good economy and some good weather. It will be a very good trade show this year.”

In terms of exhibitor trends for 2020, Rimes has seen upticks in companies exhibiting in several categories, but in particular insurance products, lighting companies and manufacturers of wraps for concessions and trailers and other signage.

Jeff Richards, IISA president and owner/operator of Richards Concessions, is a third generation industry veteran, anticipates a robust turnout for the first trade show of the new decade. “There's a lot of companies based in Florida who come to the show and a lot people from up north come down. It's really the last time for everyone to get together and do the business they have to do before the season starts. They will also come to look at the latest stuff. ”

Richards pointed out that most carnival companies “had an all right year. I think it was better than last year. People were spending more.”


The fly in the ointment is the ongoing H-2B crisis which spiked in 2019, wreaking havoc for much of the early fair season. “the problem is the labor issue. Getting foreign workers was a big hassle last year, and it not only affected what kind of carnival you could have, but the fairs and concessions and people in the community. It's the major issue on everyone's minds.”

The IISF will address the problem head on with its annual  JKJ Workforce Seminar which will be headed by James K. Judkins, who specializes in foreign labor issues and is president of JKJ Workforce, one of the leading recruiters of foreign workers for the fair industry. Due the scope of the issue and the complexities facing the foreign worker program in 2020, the seminar will run two sessions instead of one (Wednesday/Feb. 5 12:00pm-2:00pm /3:00pm -5:00pm). Joining Judkins will be leading fair industry lobbyists Leon Sequiera, and members of the OABA's lobbying firm Husch Blackwell.

The 2020 H-2B scenario is both uncertain and dire. Once again, demand is outpacing supply. According to Judkins, on January 1st, 7,760 employers – including carnival companies as well as other H-2B users, such as the landscaping, hospitality and food processing industries – filed for 155,503 workers – but the government has only issued 66,000 Visas.

Last year, after much turmoil and aggressive lobbying, the government increased the cap, but workers expected by April didn't arrive until late June, causing a rough start to the fair season for many midway providers, including cancelled dates and shrinking carnival footprints.

“On the surface, we're off this year, because we have 2.5 times the need for workers than the visas released,” said Judkins. “The difference though is that the spending bill that was passed two months ago and signed on December 20, has language that gives the Department of Homeland Security (DHS) an option to release an additional 69,320 Visas. The other difference is that we have more members of Congress from both parties pushing the Secretary of Labor for more foreign workers. We also have different Secretaries of Labor and of DHS and they've stated that the need for workers does exist.”

What isn't certain is how the tariff wars, impeachment and its past anti-immigration rhetoric and actions will affect the willingness of the Trump Administration to increase the 2020 cap.

Among the issues to be discussed and updated are “Beat the Cap” strategies, including an option many H-2B users are considering – the EB-3 Visas (PERM) – these are Employment-Based visas where the workers will become permanent residents and eventual citizens. To qualify, employers must demonstrate that the sponsored individual has specific, exclusive skills.

While this may seem counterintuitive given the heated debates about immigration issues, the fact that carnival companies cannot meet their workforce needs with American workers has strengthened this option. “The worker base has evolved,” said Judkins. “Employers have gotten to the point where there's less & less U.S workers, and the foreign workers are moving into supervisory positions and taking on additional responsibilities. The current administration is more proactive with merit-based immigration versus marriage-based immigration, where family members can immigrate. There might be a better climate for the EB-3 option.”


The IISF has taken significant strides to make the 2020 trade show more relevant to attendees. In addition to the seminars, educational & networking events and trade show, the convention will offer NAARSO certification. The course will be a two hour review prior to the test.

According to Wood, a new Florida law going into effect in 2020 mandates that a NARSO-certified individual must oversee daily ride inspections. For most carnival companies, this means an increase in NAARSO certified personnel. With many ride companies with either Florida headquarters or playing Florida fairs, it's only logical for the IISF trade show to hold its first NAARSO training and certification workshop.

“We will hold multiple sessions,” said Wood. “The expectation is that now that Florida has passed this law, other states will soon do the same. Florida is the first one to name a credential, but it will spread. Most carnival companies have had daily inspections for more than 30 years, but what is happening is that regulators are looking at the caliber of the individuals actually doing the inspections.”

The 2020 IISA Trade Show and Extravaganza looks to be more important than ever in a rapidly evolving business.

More information on the 2020 IISF Trade Show can be found on the IISA's web site.