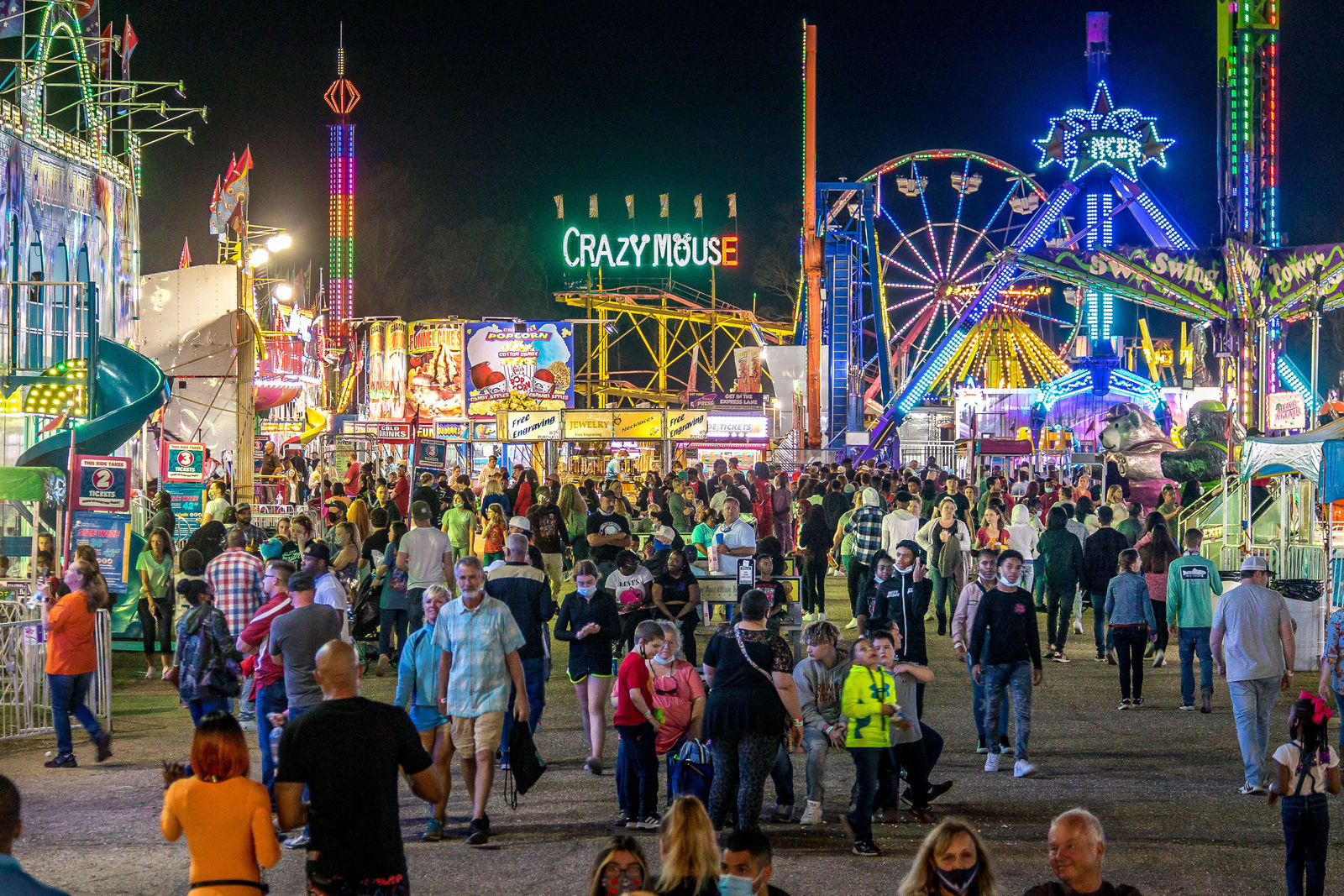 A comprehensive plan, a committed board and staff, a responsive carnival company and a supportive community all added up to ensure that the 2020 Greater Gulf State Fair could proceed and succeed.  When all is said and done, attendance was down nearly 20 percent, but that was in line with expectations for the fair.

“We had a very different fair, everything was outdoors,” said Josh Woods,  Executive Director. “We were never sure if people would turn out, but they did.  We expected the attendance to decrease, but it was much higher than we expected. You don't really hear those stories on the media. We showed we can provide a fair that is safe and we showed the public's willingness to attend a public event.”

The 2020 fair business was one of a few highs and some very devastating lows. The  seasoned opened up on a high note, with reports of increased attendance, new ride introductions and a buoyant economy. By mid-March, the global pandemic necessitated shelter-in-place orders and a lockdown of nonessential business, resulting in a near total cancellations of fairs, festivals and other outdoor events. As restrictions eased in, some fairs that hadn't canceled, with the support of their state and local authorities by partnering with carnival companies to  develop plans that adhered to CDC-guidelines, enabled communities to enjoy modified fairs safely.

One of the final fairs of any season, the Greater Gulf State Fair's achievement may bode well for the industry's future as it prepares for 2021. A COVID-19 vaccine may be imminent, but the reality is that many of the safety procedures will likely remain in place.

“We produced a very good pandemic program that instilled customer confidence,” said Scooter Korek, Vice President of Client Services, NAME (North American Midway Entertainment). “They (the fair) were trailblazers in taking the chance in getting it open. It's nice to hear the comments from the patrons. They were all overwhelmingly positive.”

The fair is a decades old Alabama tradition, but maybe the innovative, problem-solving attitude required to make the 2020 edition a reality – bucking the nearly overpowering event cancellation trend dominating the fair industry – was inherent in the youthful organization putting on this beloved, family event.  The average age of a Gulf States Fair board member is 30 – in fact, you must be under 40 to be on the board. The fair is run by the Mobile Alabama Jaycees,  a regional civic group made up of younger community leaders.

“They are younger than people running other fairs,” said Korek. “But they are not afraid to try things. Their attendance was down only 20% or so, and the carnival revenue was down only 1 percent.  It gives me some real hope for 2021. They put together a pandemic plan that was well thought out and well executed, I think they set a very good example for the entire industry.”

A notable feat, especially considering that the Hurricane Zeta made landfall, disrupting the opening of the fair with wind gusts upwards of 90 MPH. To compensate for the delayed opening, the fair added another weekend, but also ran a Wednesday to Sunday fair, avoiding the slow Monday and Tuesday.

“We created conditions that made the customer and the employee feel safe,” said Korek. “We gave out free masks, had constant sanitizing, the list goes on. Reading the comments on social media we saw how the customers felt about the fair and their experience.”

Since many of pandemic-era fair protocols will likely be in place at least for the foreseeable future, what is the key takeaway from the 2020 the Gulf State Fair for the industry's largest mobile amusement company?

According to Korek, “number one is that the customer thought it was a safe experience. Number two is that there's a big appetite for entertainment. People have been locked down for months, and they are hungry to go to the fair. Our success at the Gulf States Fair and the Mississippi State Fair gives me hope and sets an example for 2021.” 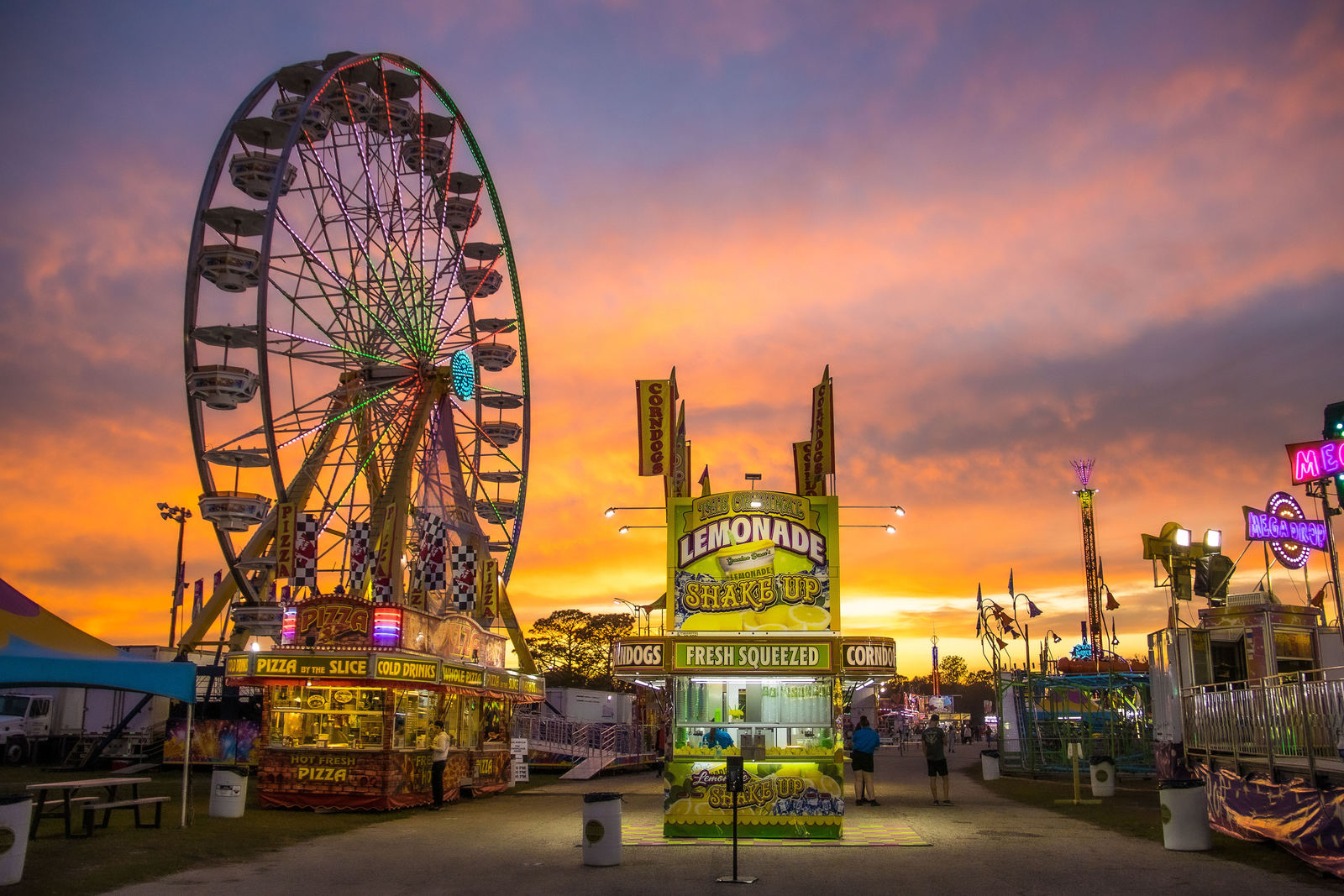 From plan development to the actual presentation of the fair  -- as well as the flexibility to respond to potential obstacles like an extreme weather event – a customer-centric approach pervaded every aspect of the Gulf State Fair. “The increased sanitizing stations, the social distancing, the free masks,” said Woods. “It was a consumer confidence issue, and you're never sure people will show up.  But patrons turned out, and once they got here, they did spend more time on the midway.”

An essential component of proving that a Pandemic-era fair is doable was transparency and communication. The fair board, with the city health authority and other government agencies, actually developed four different plans, corresponding with “what stage of opening we were greenlit for,” said Woods.  “We even had plans for a virtual fair.”

The fair followed state regulations for other venues, maintaining a 50 percent capacity. This meant cancelling headline, grandstand entertainment and closing some exhibition spaces.

Unfortunately, this mandate squelched one of the potential highlights of this year – the debut of a newly renovated Agriculture building. This sweeping makeover included new production technologies and the latest “edutainment” pod design and was to also include a naming rights contract.  Instead, the naming and other debut hoopla was postponed until 2021, although the building was opened as a walk through ag exhibit.

“The stilt walkers are kind of automatically socially distanced,” said Woods. “But we also set up picnic tables for the grounds acts, so people could sit with their families and maintain six feet distances.”

With revenue streams from other grounds rentals eliminated due to the coronavirus, the operational budget for the fair was reduced. The biggest line item modification came with fair marketing, sustaining a 40 percent cut. “We had great media partners, so we were able to do a lot of trade outs. We also got a lot of local media coverage, and we increased our social medial presence. Normally we pick a theme along with the rides and entertainment. This year, our message was we're open, we're a vital part of the community and we're a safe environment. People were very glad to do something familiar again this year.”