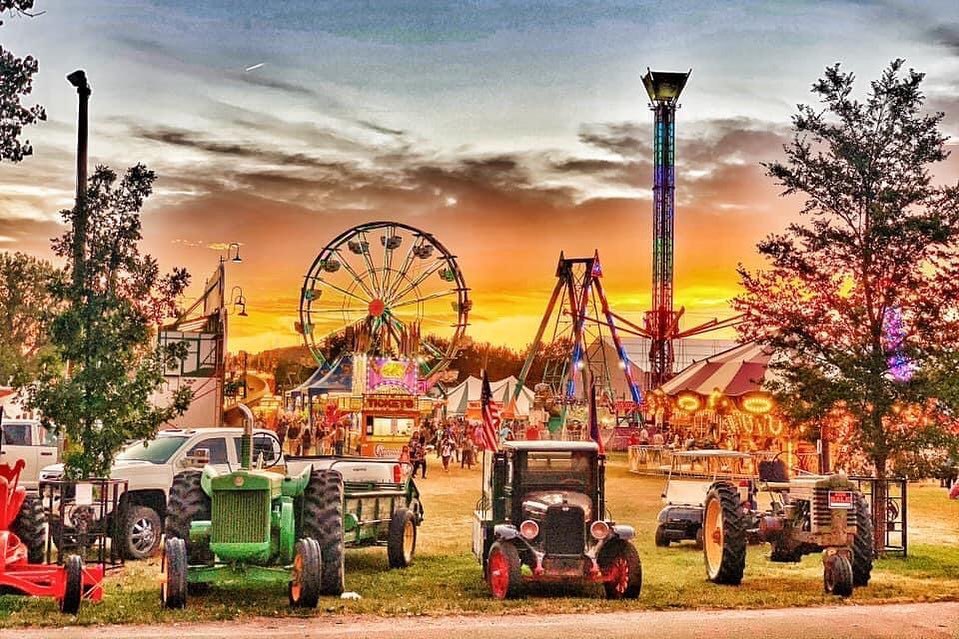 Wyoming State Fair was Held Successfully Amid the COVID-19 Pandemic
Fair revenue was up 100% in 2020 and the event was well received by fairgoers. Photo by Rebecca Pickrel at Pickrel Photography.

Courtny Conkle, most recently Interim CEO of the Lake County Fair in California, became General Manager of the Wyoming State Fair last September. A fair professional who grew up in the fair business – her family owns  Conkle's Candy, a concessionaire playing mainly California events, Wyoming would be the first “state fair” she managed, but little did she know then it would also be one of the handful of fairs this season.

Like most states, the COVID-10 outbreak caused the cancellation of many fairs, festivals and outdoor events in Wyoming. It was not until nearly mid-June that the August fair was officially a go, but the scramble began to develop an effective and approved social distancing plan to ensure a safe fair, find a new carnival company and implement a brand refresh, including a new logo, website and other brand components.

Trial by fire might be an apt description for how a first time manager feels when any first fair comes around, but it seems an understatement for when your baptismal year at the helm occurs during a global pandemic. One of the few fairs to occur in 2020 anywhere, both the state and the entire fair industry would be watching what happened in early August in Douglas, Wyoming.

In short, the fair saw a 100 percent increase in revenue, received widespread positive feedback from fairgoers and pretty much perfect western summer weather.

For Conkle though, the real satisfaction came early in the fair when the 4-H and FFA held most of their programming, including meetings and inductions.  Due to the pandemic, most of the events had been eliminated or curtailed, including a winter meeting, and it turned out it had been a year—last year's fair – since their last non-Zoom gathering.

She even admits to getting a little teary at the event. “That was my favorite part of the fair. It was the first time these kids were able to congregate. They not only lost their winter meeting, but the national convention and so many of them lost all their school sports. Their schools are going to class. To be able to see that, the new generation of leaders for Wyoming get together, it made everything we went through to make sure the fair went on worth it.”

Even masked and practicing social distancing, the good vibes youth programming participants generated seemed to spread throughout the fair. After months of lockdowns and quarantine and news of  spikes in coronavirus cases and related deaths, fairgoers seemed overjoyed to be to be at this annual fair.

“Everyone was happy to be at the fair, we got a lot of positive comments,” she said “People were happy to be doing something normal. ”

Conkle's team adopted the adage “It might not be the same, but we wanted it to be “Fair-Maliar. We wanted the fair to feel like the fair is supposed to be.” 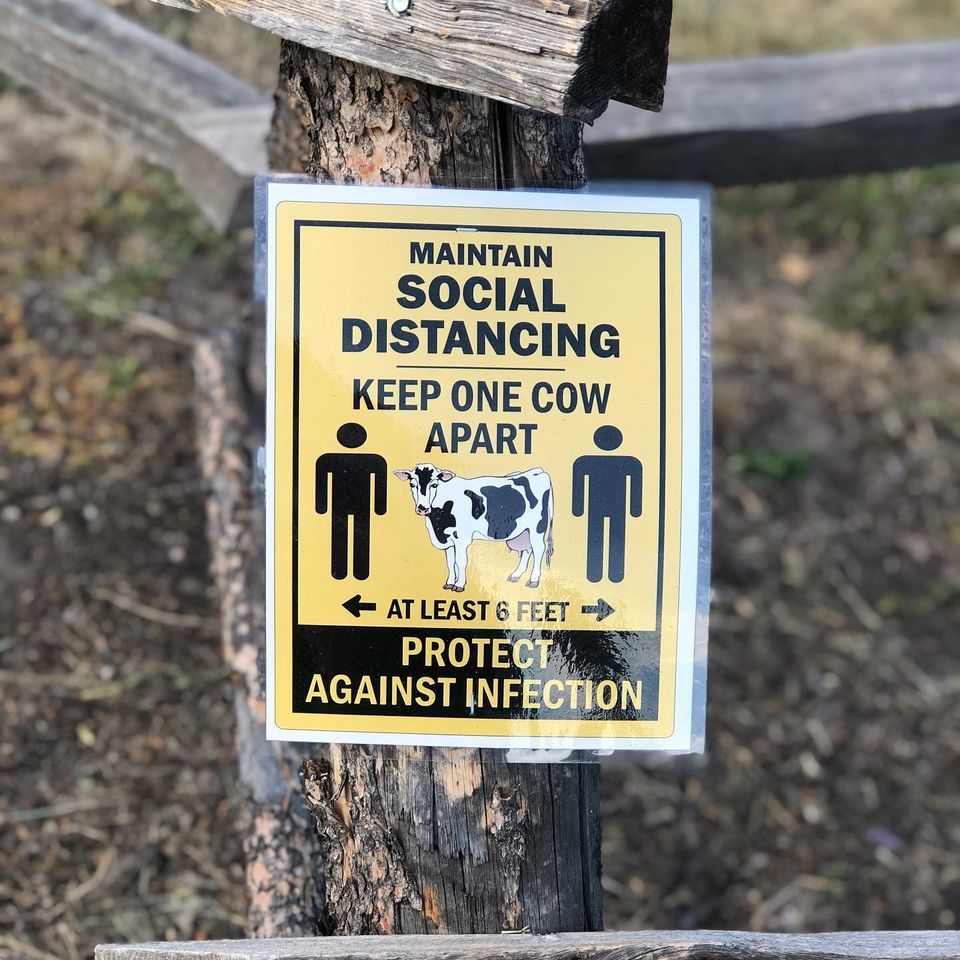 What wasn't the same was certainly familiar in today's world. Most employees and staff wore masks, although they were only required for concessionaires and janitorial staff.  Masks weren't mandated for attendees, but free masks and gloves were available for fairgoers. Sanitizing stations as well as COVID-19 related signage and announcements proliferated.

The governor mandated the fair had to maintain 50 percent capacity in the grandstand and the fairgrounds. The grandstand easily reduced seating and the fairground capacity was a nonissue. The average fair attracts 60,000 and the 118-acre facility at full capacity is 140,000. Nonetheless, Conkle set forth a crew of Safe Distancing Ambassadors who monitored gate traffic as well as patrolled the grounds to gently remind fairgoers to follow signs, stay six feet apart and adhere to safety protocols. 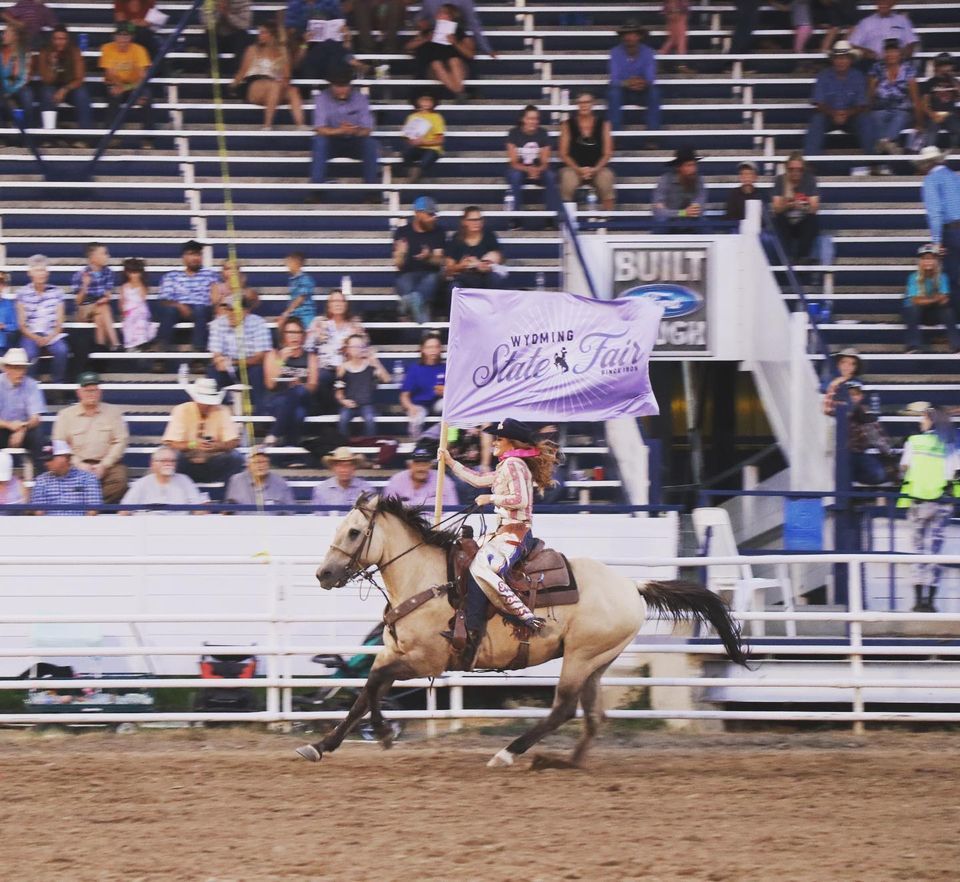 Although admission figures were unavailable, Conkle said fair revenue was up an average of 100 percent, with the carnival up more than 40 percent. The grandstand has a 6,000 person capacity – meaning  the  fair could not exceed 3,000 in the grandstand –  and three nights came close to the limit.

Due to a concert cancellation, they expanded the PRCA Rodeo Footprint to two nights – which also meant that Wyoming had the largest scale rodeo being held anywhere in the United States.  “We live in a rodeo state, it was an amazing night. Even the governor came out,” she said.

Leading the revenue increase was a jump in liquor sales. Previously, the fair worked with local bars but for 2020, they contracted with outside dispenser and expanded the point of sale. The fair created a beer garden environment that included eight distinct bars. It was also the first time the fair permitted attendees to carry open containers – i.e., they could walk around the fair while drinking their adult beverage of choice. “Our alcohol sales were up tremendously,” she said, “an increase of 500 percent.” 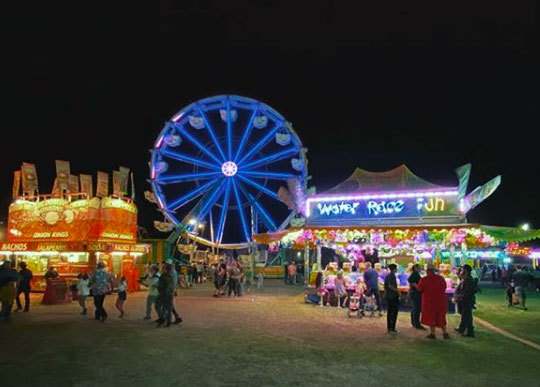 Carnival Midway Attractions was the midway provider, the first time this California-based carnival company played the Wyoming State Fair. Finding a carnival company during the Summer of COVID was problematic. Crabtree Amusements was unable to play the fair this year because every fair on their usual route had cancelled and it was economically infeasible to play a single date in Wyoming. Carnival Midway Attractions nearly suffered the same fate, but was able to jerry rig a truncated route that included the Iron County Fair in Utah and the San Gennaro Feast in Nevada that was rounded out by one of the few state fairs to be held in 2020.

Even though his season is a fraction of what it should be – he was grateful to at least get that fraction given the current situation. “We were able to save our sanity by being able to do a little run,” said Tony Guadagno, president of Carnival Midway Attractions.  “We're doing okay, it's not going to be a loss. It's also worth it to know that you can operate a fair and a midway in this environment.”

He teamed up with G&S Shows, which happens to be owned by his father, in order to have the workforce for his route.  “We didn't have enough help to to send out a unit alone, it gave us a chance to get out of our winterquarters. It was easier to double up as a joint effort.”

The company offered 18 rides at Wyoming – down from the usual 24 --  with the strongest rides being the Typhoon, Himalaya, Vertigo and the Pharaoh Fury. “It was a good fair,” he said. “The people were very appreciative. I think they wanted to get back to a normal life again. It was very positive.”

“Carnival Midway Attractions kicked butt,” said Conkle. “We had so many compliments about how professional the people were.”

Well before the COVID-19 outbreak, the fair planned to refresh its marketing in 2020.  While looking of the rebranding – enhancing an image of nostalgia, agriculture and Wyoming culture – remained the same, the content of the campaign had to address the realities of the unusual year. “Having a pandemic during a full rebranding campaign is not for the faint of heart,” she said. “Our social media went up 500 percent, and we had curated Facebook and Twitter posts, so we were able to emphasize health and human safety and instructed our customers to take responsibility for their actions.”
The campaign was also infused with new funding by the County Tourism department, she said. “We want to make the Wyoming State Fair the premier summer event of the year.”

With a huge jump in revenue during a year of fair cancellations and cities on lockdown,  the Wyoming State Fair is well on the way to achieving that objective.  But the success of the 2020 fair also goes beyond the state. “I feel grateful and blessed that we able to give the fair industry some good news. As an industry we needed to show that we are able to do this.”

Wyoming State Fair was Held Successfully Amid the COVID-19 Pandemic

Fair revenue was up 100% in 2020 and the event was well received by fairgoers. Photo by Rebecca Pickrel at Pickrel Photography.