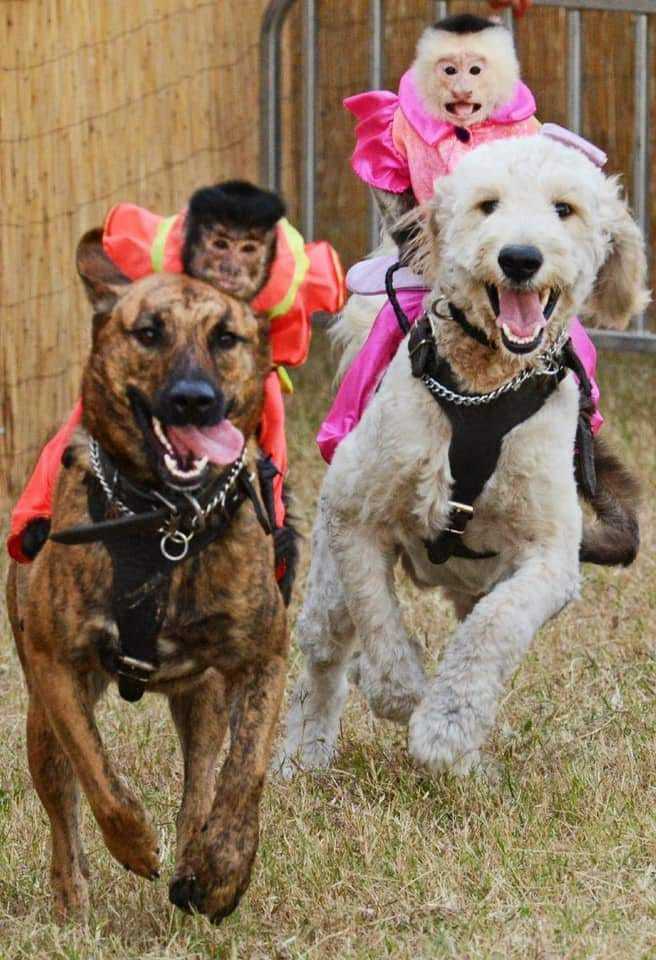 Even though the worst fair season in history still has a couple of months to go, if there was a fair industry award for best lemonade made from 2020 lemons, the Tri-County Fair in Atwood, Tennessee might be a good bet to win.

Never heard of this fair before? That's because 2020 was the first Tri-County Fair ever.  Yes, what seemed an impossibly became an actuality.  In a fair season when more than 90 percent of fairs of any size have cancelled, a new fair was born.

The irony is that if it wasn't for the fact so many fairs postponed until next year, the Tri-State Fair would never have existed.

Many fairs can trace their fairs back to the early 20th century, some even further to the pre-Civil War era. The Tri-State Fair can trace its founding all the way back to March, when Phil Colwell, whose family owns Novelties by J.R. purchased a former racetrack, a facility in rural Western Tennessee that been known at different times as the Clay Hill Speedway, Clay Hill Motorsports and the Clay Hill Race Track.

Colwell, his wife Pam, and their son operate Novelties by JR, a vendor of novelty merchandise whose concessions play more than 50 fairs and other events per year. In March, when the global COVID-19 pandemic put the world in lockdown and most communities went under shelter-in-place orders, the sudden tsunami of cancellations cleared the company's calendar in a matter of days.  The decision to purchase the property came without deliberation, what Colwell saw as a plausible if radical solution to his dilemma.

The racetrack had been fallow for at least four years. Colwell lives about a mile from the track, so was familiar with the facility and its potential.  “I wanted to give back to my community,” he said.

By June, after some renovations and hiring a staff of about 30, the former racetrack now rechristened Clay Hill, held its first events by June. “Things were starting to open up again,” he said.

The events ranged from monster trucks to a Colt Ford concert. “We followed all the guidelines and had crowds ranging from 3,000 to 7,000.

By September 1st, Colwell had the idea that for a veteran fair concessionaire might fall under the category of the best ideas hide in plain sight: Why not a fair at the reopened racetrack?

The foundation of most any fair – especially those annual traditions that unify rural communities – other than the fairgrounds, are rides and food. Colwell contacted two colleagues, both of whom had extensive experience in the West Tennessee market, James Roy Pope of Pope's Concessions & Rides and Willian Purdy, president of Amusement Attractions, proposing a new fair in a formerly closed racetrack believed to have never hosted a fair before, during the height of a global pandemic.

“They both thought I was crazy,” said Colwell.

That initial reaction quickly faded. The fact is that in times like these, with the vast majority of your business postponed until 2021, the idea of putting on a new fair in about two weeks was not as crazy as might have sounded. “We're looking for things to do,” said Willian Purdy, President of Amusement Attractions.  “No one had anything going on, so it was easier than it might sound. We had the staff and the equipment. The challenge is the situation we had this year.”

The Tri-County fair was held Sept. 16 -19, and featured 18 rides and 14 food concessions as well as pony rides and a petting zoo. Grandstand entertainment included a tractor pull, demolition derby and battle of the bands.  Community support came not just from the robust turnout, but the local business community who sponsored the event, including financial support from three local banks. The marketing was mainly conducted via Facebook and other social media platforms.

“With a lot of determination and a lot of promotion, things happen,” said Pope.  “Mr. Colwell had a lot of contacts in the community, and that helped us put everything together without so much planning as another fair. “

Pope also praised the Clay Hill facility as a “beautiful country fair setting.  We had plenty of space; it is a very big area, with great open spacess, nice bathrooms, and nice green grass all around. We had very good weather too.”

“The only thing we were missing was the agriculture part,” said Purdy. “My part was the easiest part, getting the equipment there and setting up the midway. Phillip and his staff did an amazing job with the marketing. He already held events there, things were already in place and he built on that. The community support was tremendous, people really came out. They were ready to come out and have fun.”

Admission to the fair was free, which makes gate estimates problematic but the general consensus seems to be several thousand, upwards of 8,000. “Would people come?,That was our biggest worry,” said Purdy. 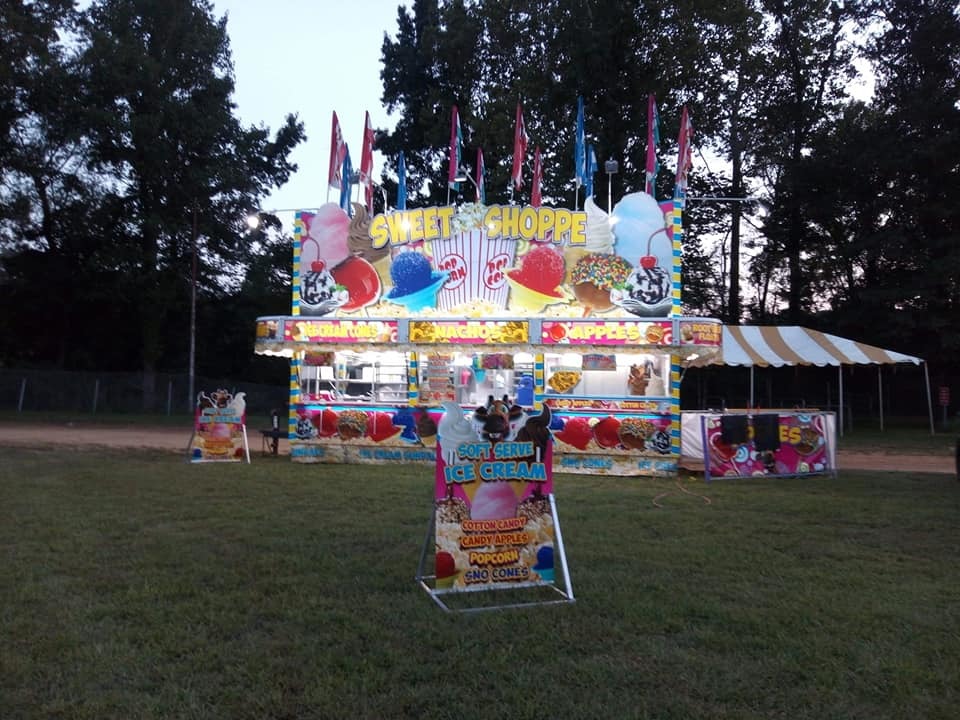 
But it turned out they did. Purdy speculated that the Tri-County fair attracted attendees from a radius of 100 miles. I think people wanted to feel normal, the fair gave people hope. People are feeling petty down, and if we can make them feel a little better that's a good thing. It was important for our guys too, because we are sick of moping around and not making money.”

Popular rides were the Himalaya, Chaos and Orbiter.  Purdy implemented strict safety distancing and other protocols on the midway with positive results.  “There was no increase in cases, I keep an eye on that. We want to provide a safe environment. A midway can be as safe as going to a Walmart, I think we proved that.”

Purdy's midway was on the Magic Money system, which the company adopted for 2020 and it turned out that the fair that barely had two weeks to plan was the debut of the new system for Amusement Attractions.  The midway was entirely cashless, which reduced touch points and generally enhanced the social distancing and new queue protocols in place the fair. As an added incentive, wristband sales also included five food credits.

“We had a regular carnival crowd,” said Pope. “It's really in the middle of nowhere, but people knew about the racetrack.”

Reflecting the need for normalcy, fairgoer appetites tended towards traditional fair cuisine – sausages, corn dogs, pizza and funnel cakes sold the best, according to Pope. He also credited above and beyond support by Fair Foods, his main supplier. The pandemic has disrupted supply chains for food, and Pope credited Fair Foods, one of the industry's leading wholesalers, for their rapid response enabling a comprehensive and well-stocked food concessions at the event.

The highlight of the daily entertainment was the Banana Derby – monkeys riding dogs – and for Phil Hendricks it was worth the 900-mile trek from Florida to play the first fair since March, when the pandemic closed down the industry.  “It was fabulous, people swarmed the place, and every show was packed. The facility had 26 sky boxes, great concession equipment. We sold souvenir monkey photos. It was a very good fair. People loved the Banana Derby.” 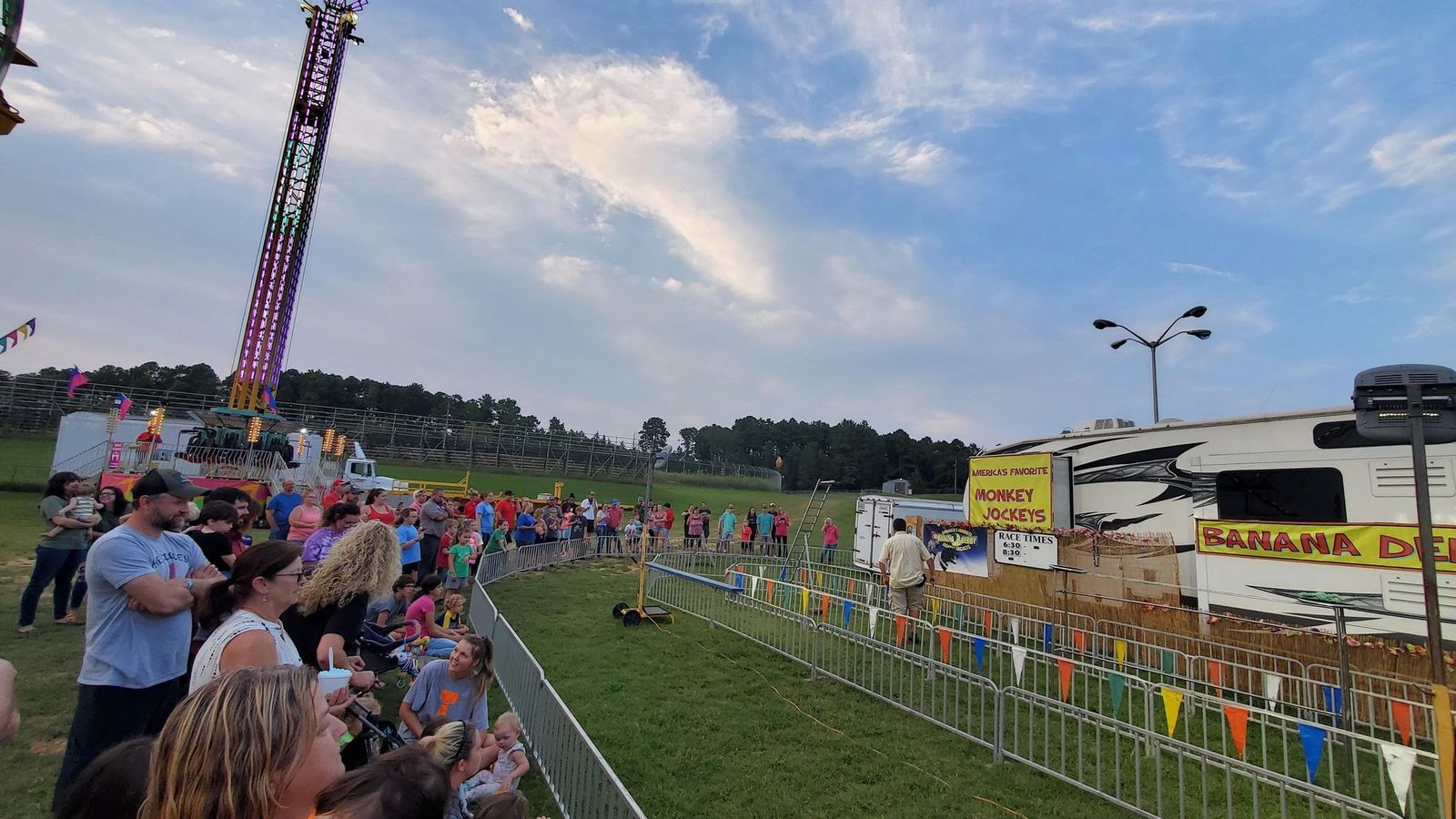 Now that Colwell & company accomplished the unlikely – a new fair in 2020 – it seems the success of the Tri-County Fair accomplished what might even be the unthinkable. All the Tri-County fair collaborators agree it's an event worth repeating. This new fair and a racetrack repurposed into a fairground has the makings of a new tradition.  “It is worth doing again,” said Pope.

“For the first year, it was very successful,” said Purdy. “I would definitely do it again.”

And for the visionary who woke up one day and decided to push against the fair cancellation tide by starting a new fair. “You have good property, good rides and good concessions, you can have a good fair,” said Colwell. “The Tri-County Fair was a good late-summer fair. But it was successful because of the community support. I am overwhelmed by the success and definitely plan to do it again in 2021.”