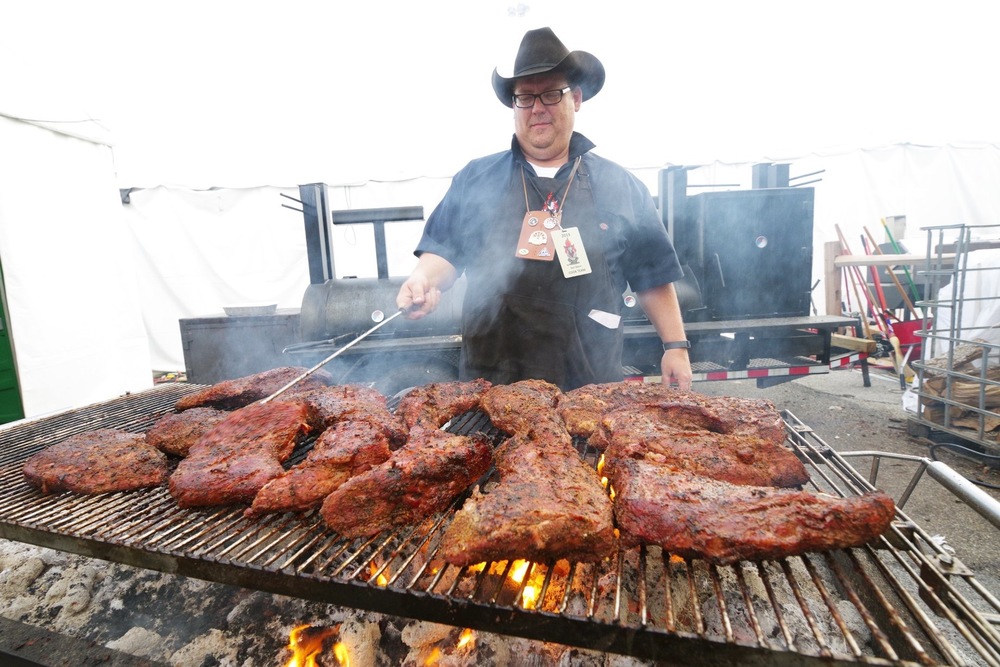 A stellar concert lineup that ranged from one of the hottest rappers to a country music legend temporarily un-retiring to celebrate everything Houston topped off a fair and rodeo that saw nearly 100,000 more attendees than 2018.  The Houston Livestock Show & Rodeo shook things up this year with a more eclectic music lineup, new rides by their midway provider and a revamped marketing campaign combined with a fresh attitude towards social media.
Overall attendance was 2,506,263, which was higher than 2018’s 2,408,550 and only slightly below the record year of 2017 2,611,176. The inarguable highlight of the rodeo as well as a testament to the esteem to which the event is held – was an addition of a George Strait concert to close out the show.

The 66 year old superstar has retired from full-time touring, although continues to perform in Las Vegas and special one-off shows. The Rodeo-Houston closer show was actually put together relatively quickly, according to Joel Cowley, president/CEO Houston Livestock Show and Rodeo – and was just the latest in the long relationship the event has had with the musician – his first gig at Rodeo-Houston was in 1983 when he filled in for Eddie Rabbit at the old Astrodome and more recently, gigged there in in 2013 on his Farewell Tour, the same year the George Strait Scholarship established in partnership with Rodeo Houston.
Concert Series

Like most rodeo and livestock shows, Houston’s concert series is in conjunction with the actual rodeo, but the George Strait Sunday closer was a concert-only performance, attended by 80,108 people, which reportedly outpaced his 2013 show by 88 people and set a new NRG Stadium attendance record. “We only had a one day transition from the rodeo to the concert, but it went off great,” said Cowley.

But it turns out the homegrown, country superstar from Texas playing one of the premier Lone Star state celebrations of western tradition and cowboy culture of the year, was the icing on the cake of a very successful entertainment lineup at the rodeo.  Three other shows broke the Top 25 paid rodeo/concert attendance records: including a new number one – Los Tigres Del Norte – which highlighted the event’s Hispanic Day – had 75,586 attendees and a new number two –Cardi B – with 75,580 attendees. In addition, Kane Brown – with  75,122 – was the new number 16 out of the top 25 rodeo/concert shows. The 2019 concert lineup included other high-profile signings, such as Kacey Musgraves, Brooks & Dunn, Luke Bryan, Old Dominion, Tim McGraw, Zac Brown Band, Kings of Leon, Santana and Brad Paisley.

This being Texas – and a combination of rodeo and fair – it’s not surprising the bill was heavy with country – but it notably is not completely country. “We worked with two primary agencies and are looking for new markets,” said Cowley. “We are creating something the consumers wants and we have a lot of country music fans in the area, so we have a predominantly country lineup, but we have diversified the lineup. When we book a non-country act, it speaks well for how we are responding to the changes in our area. Houston is a major city and we are reflecting that diversity.”

Was the talent buying climate more favorable to finding the optimum lineup in 2019? Only if you were willing to pay for it. “It’s still very much a seller’s market. We did have to spend more to get the talent we wanted this year, and production costs keep rising every year too. It was not improved compared to last year and I don’t see it changing for next year.”

On the positive side, the Texas economy which had been on a downswing in recent years mainly due to declining oil and gas prices, has returned to robust levels, especially in the Houston market. “Overall Houston has added jobs, the economy is much more diverse than it was in the 80s, so oil and gas are not the only cornerstone of the economy,” said Cowley. “People have more disposable income and we saw signs of that. We had a good year for sponsorships, with multiple year deals, and only one did not renew. We had a record year for livestock auctions, which were up 11 percent over last year.”

“The support for the auctions, from a philanthropic point of view, was an indication of support for what we are doing with our mission,” said Cowley.

Buckle Up!
A healthier economy and top stars for the concert lineup certainly benefitted the Houston Livestock Show & Rodeo, but not to be disregarded was a marketing campaign centered around the versatile tagline, Buckle Up! “It was a very good theme because it tied into the rodeo and we used it with belt buckle and boots imagery that reflected the western culture,” said Cowley.

Rodeo Houston changes it tagline every 3-4 years, and Buckle Up! replaced ‘Party With Your Boots On!’. The event also hired Cody Johnson to write an accompanying song-jingle for the Buckle Up! media campaign – and the song will be used to extend brand reinforcement – for the next few years. The song rolled out with the commercial videos for the 2019 event.

“We tested three different concepts with survey groups before we decided on Buckle Up!,” said Cowley. “This spoke the best about the event and our community, it meant get ready.”

While he wouldn’t disclose the advertising budget, he said it was about the same as the 2018 expenditure, with a spending shift towards more digital advertising. Although it did increase utilization on one old school medium, static billboards, strategically positioned in high traffic areas of the region. “We shifted some spending, and in January we placed billboards which created more impressions and built excitement to the lead-up to our opening,” said Cowley.

Rodeo Houston also upped its social media game with a new selfie initiative. Social media stations were placed throughout the grounds for attendees to take selfies, which they sent to link that 12’ x 6’ Mosaic Wheel featuring all the photos – 2” x 2” each in a prominent exhibit space at the NRG  stadiums.

The 2019 Houston Livestock Show & Rodeo midway as provided by Ray Cammack Shows (RCS) and featured 80 rides with  five new rides for 2019. The Klondike, booked in by Deggeller Attractions, is believed to be the only fully-portable looping coaster in the U.S.; the Happy Train, a family ride suitable for adults and children; the Ice Jet, an extremely fast thrill ride with a runaway toboggan theme; Tea Cups – a new version of the classic family ride where passengers control the spinning speed; and the Titan, the tallest portable thrill ride in the U.S. that reaches 17 stories high with

“RCS brought a lot of new rides this year, with a lot of tall rides, that had a great visible presence,” he said.

With an attendance uptick, spending increases, an effective marketing campaign and a revitalized midway providing a foundation where big stars like George Strait and Cardi B drove numbers for a well-attended 2019 Houston Livestock Show & Rodeo. For Cowley, the measure of success is all about community. “We keep this a very community event. We have more than 35,000 volunteers. We maintain our tradition of rodeo, but we draw the new people in a community and raise money for education. We have a major economic impact on our city, but it’s something everyone takes a lot of civic pride in.” 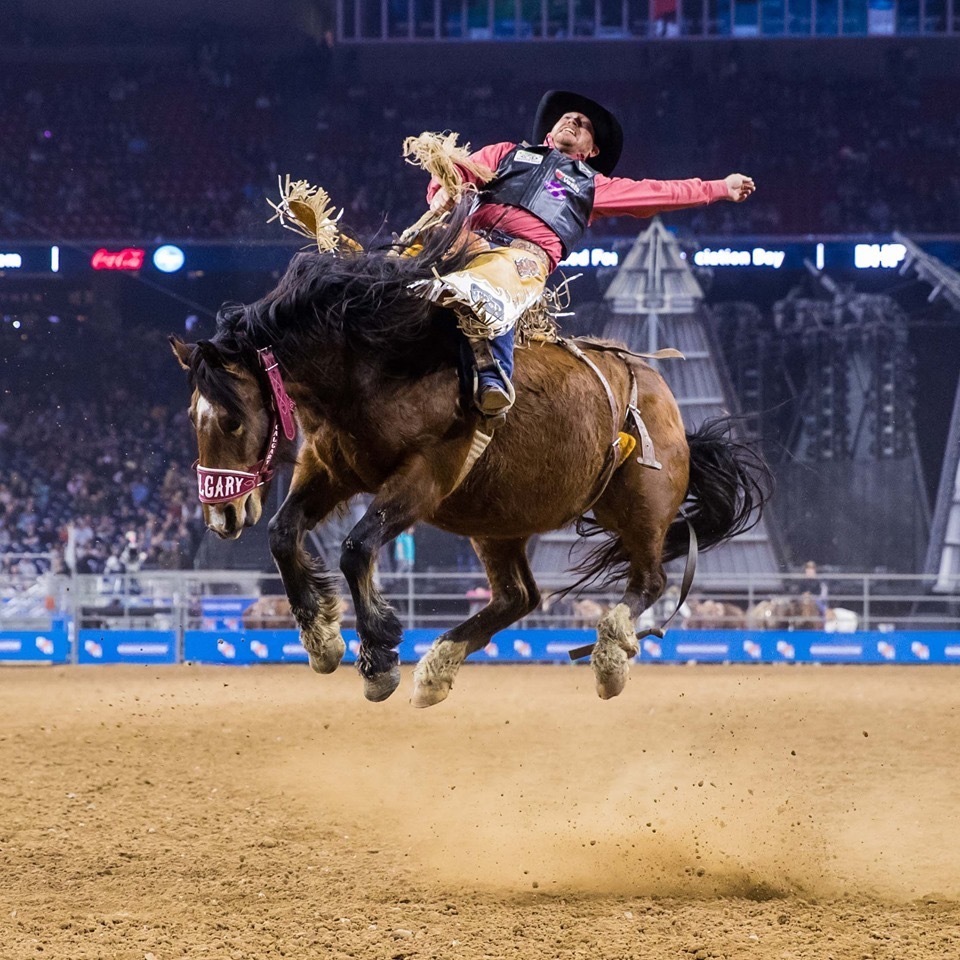 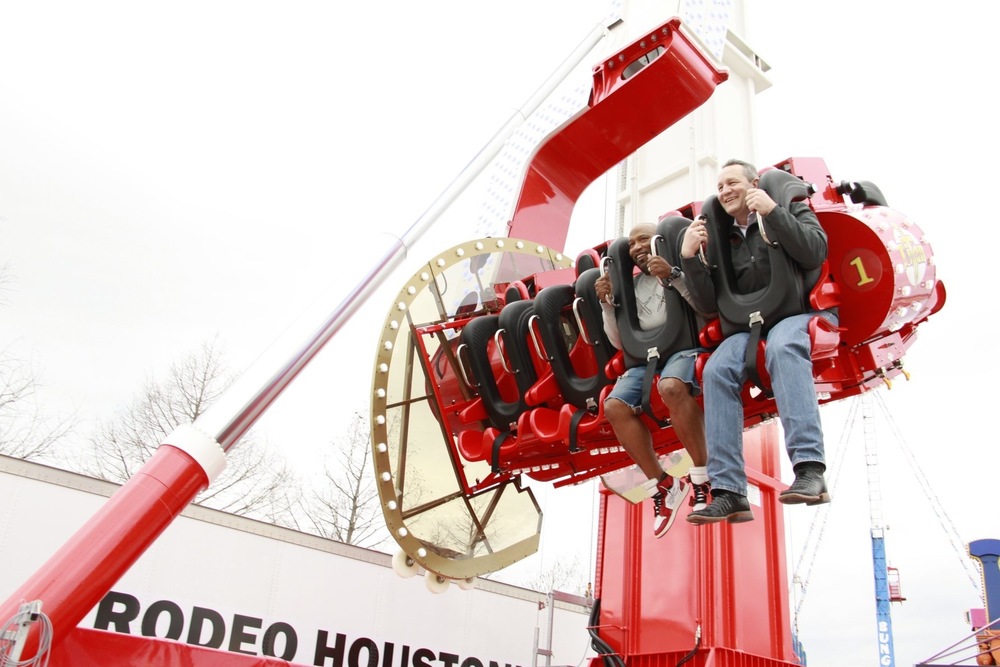 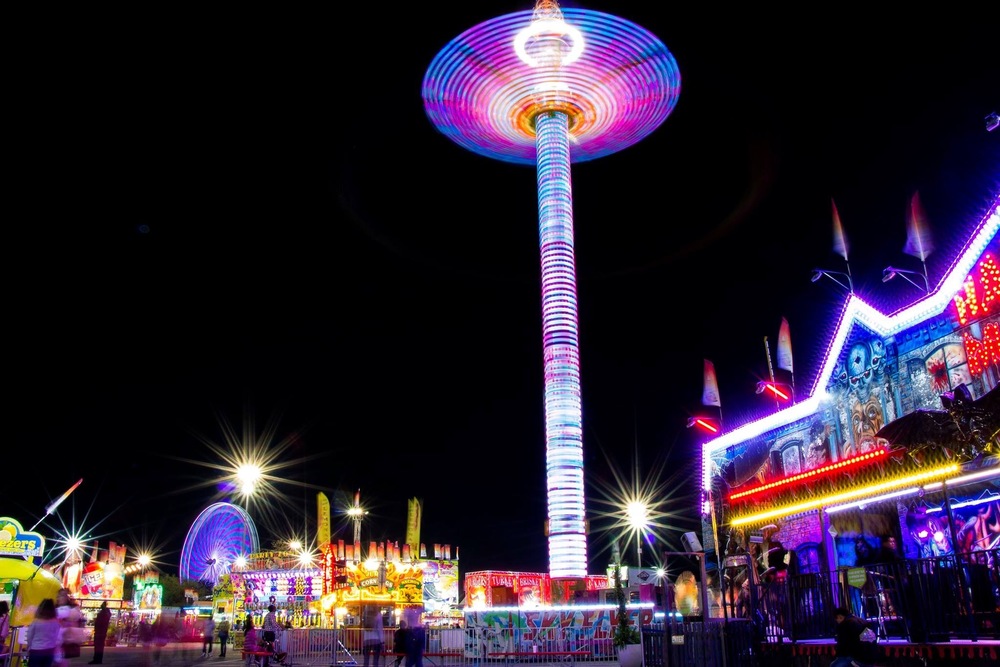 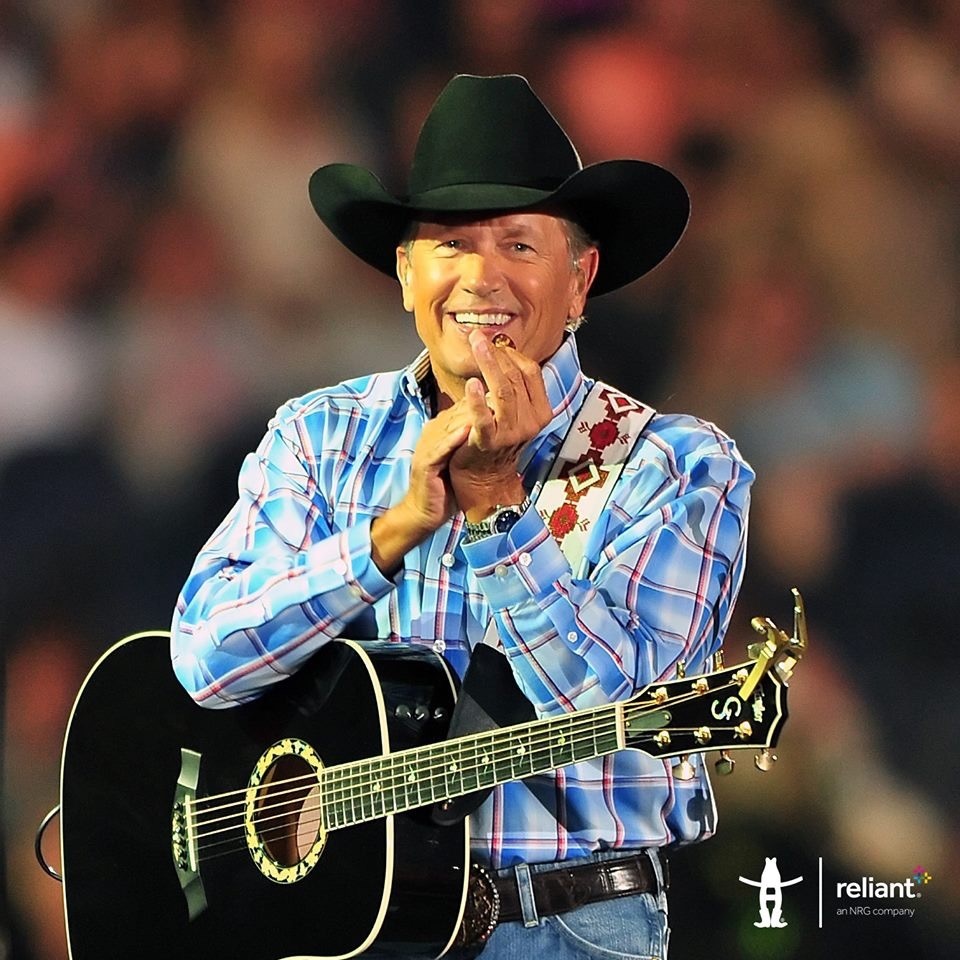 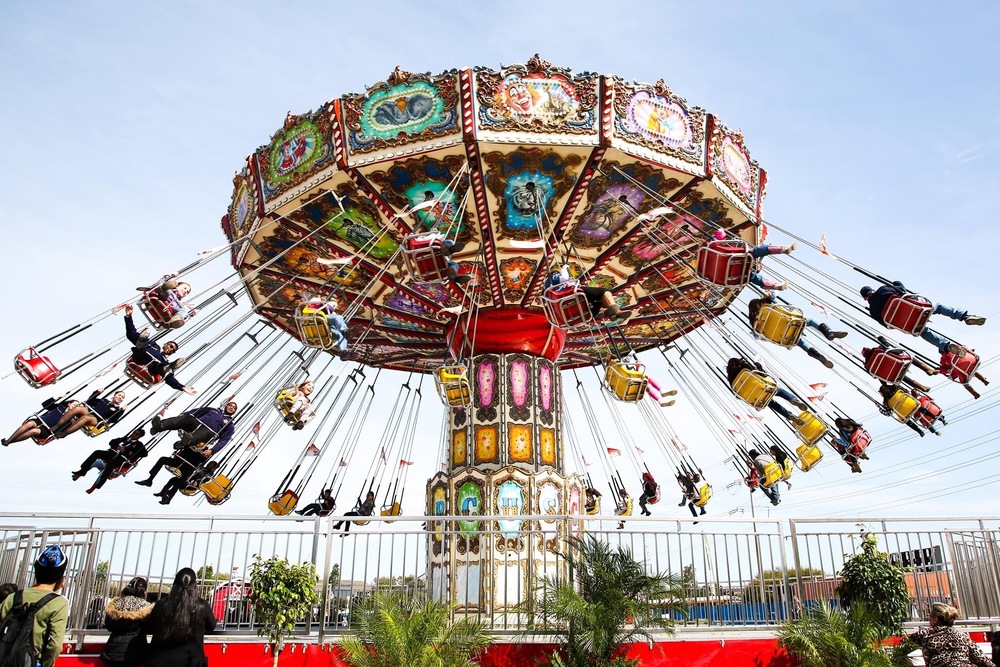 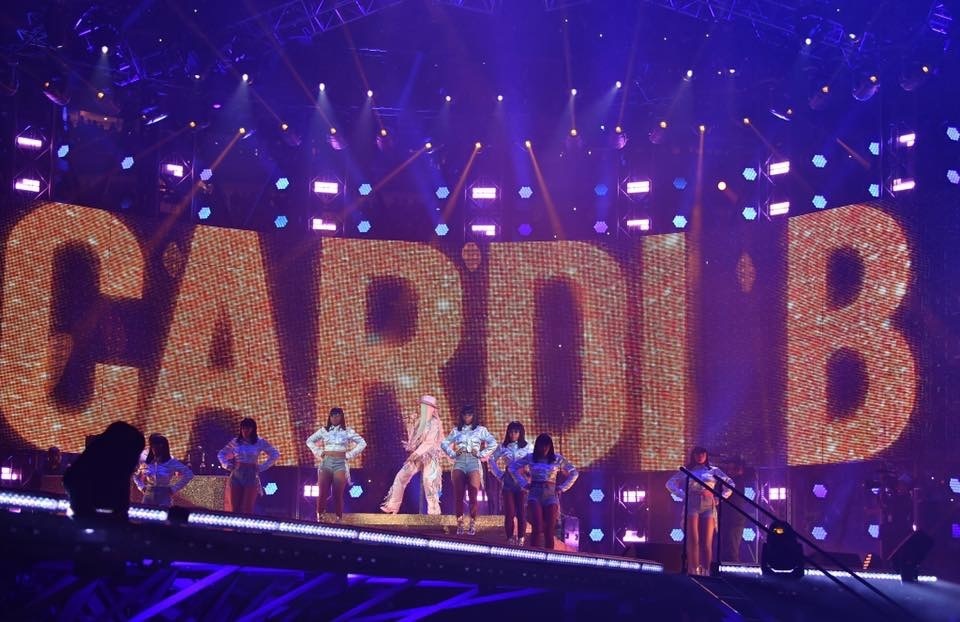 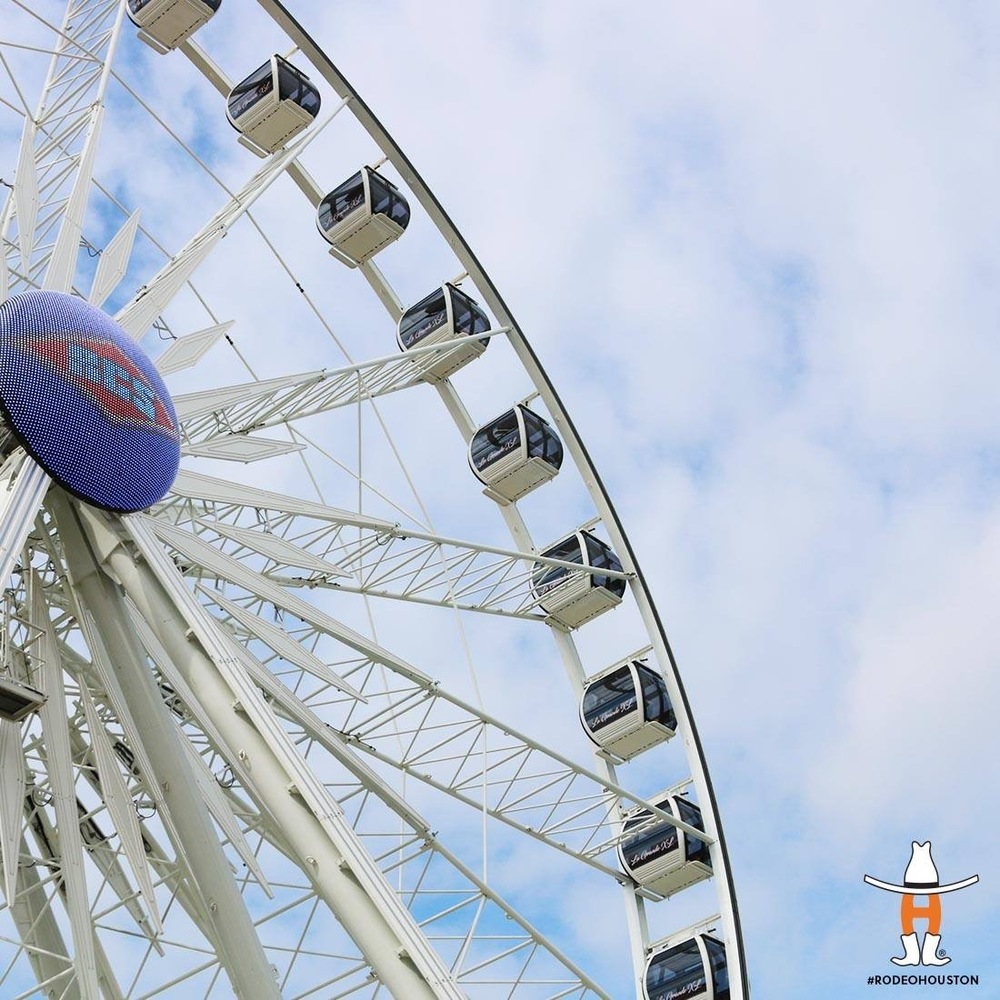