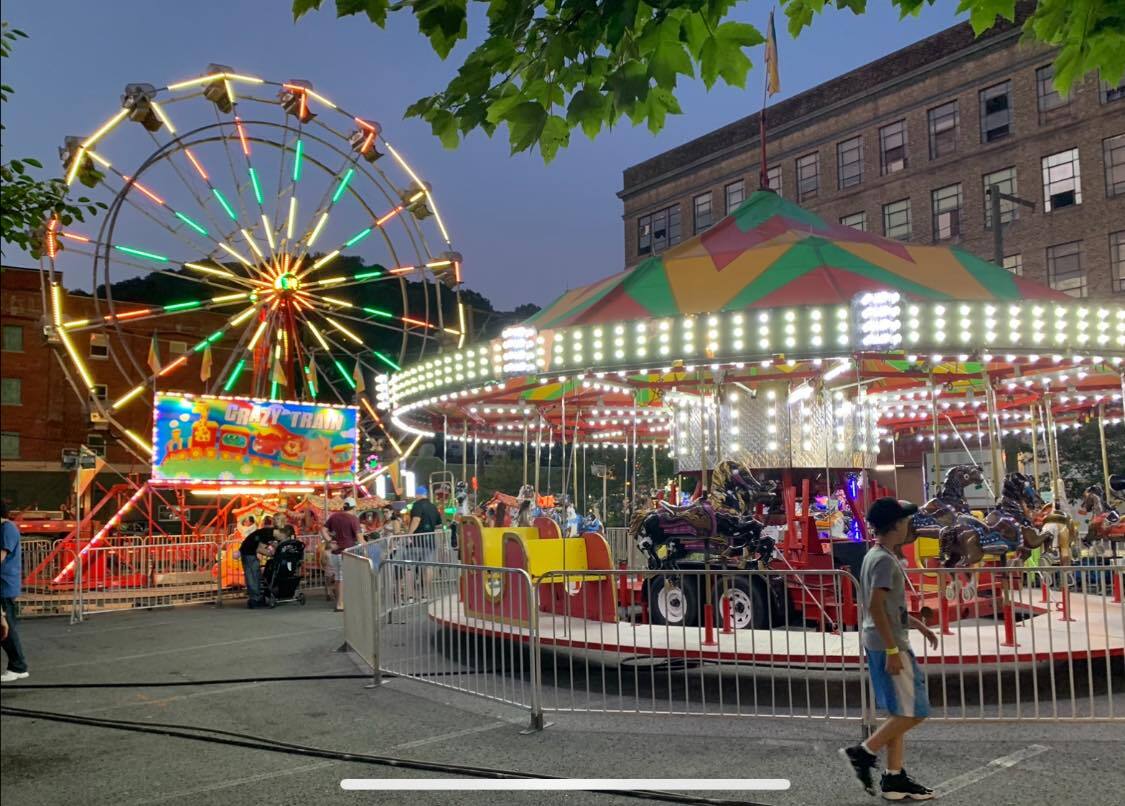 When Shane Turner and his wife Nicole purchased Gambill Amusements from his family in the winter of 2018, he was following a long line of family ownership of the show.  Turner's great-grandfather started the show and he is now the fourth generation of ownership.

The show originally started in Ohio with two units.  One of the units played Ohio and the second unit played West Virginia.  The show spawned other shows in turn, as carnival owners such as the Bates Brothers worked for the show before starting their own unit in Ohio.

The West Virginia unit stayed in the family but the show continued to play in West Virginia, visiting various fairs, festivals and community dates.

Turner has worked on the show his whole life, helping his parents with operations and working with the committees etc.  He said the show's route has remained very stable with a couple of stops on the route lasting 75 years or more.  “I would say most of our events have been on the route an average of 20 - 25 years”, said Turner.  Counting his children, who are now in the business, there have been 5 generations of his family playing these West Virginia communities.  The show, and the family, have truly become part of the fabric of these towns and events.

When Turner purchased the show in 2018, the carnival consisted of about 20 rides, mostly major and kiddie rides.  The only issue was that the show's rides had not been updated in many years and much of the equipment while clean, was older.  With a recently purchased show, Turner had to work hard to pay off his purchase before making any large financial moves.  In just several years, with a lot of work and help from his family, he has now been able to pay off the show and he has turned his attention to updating the show and its equipment.

This past year, Turner added a Pirate's Paradise (Raiders), a Slide, a new office, a Dizzy Dragon, a Balloon Wheel and he is waiting on delivery of a Groovy Bus.  He also has his sights set on a new spectacular ride he is hoping to close a deal on shortly. 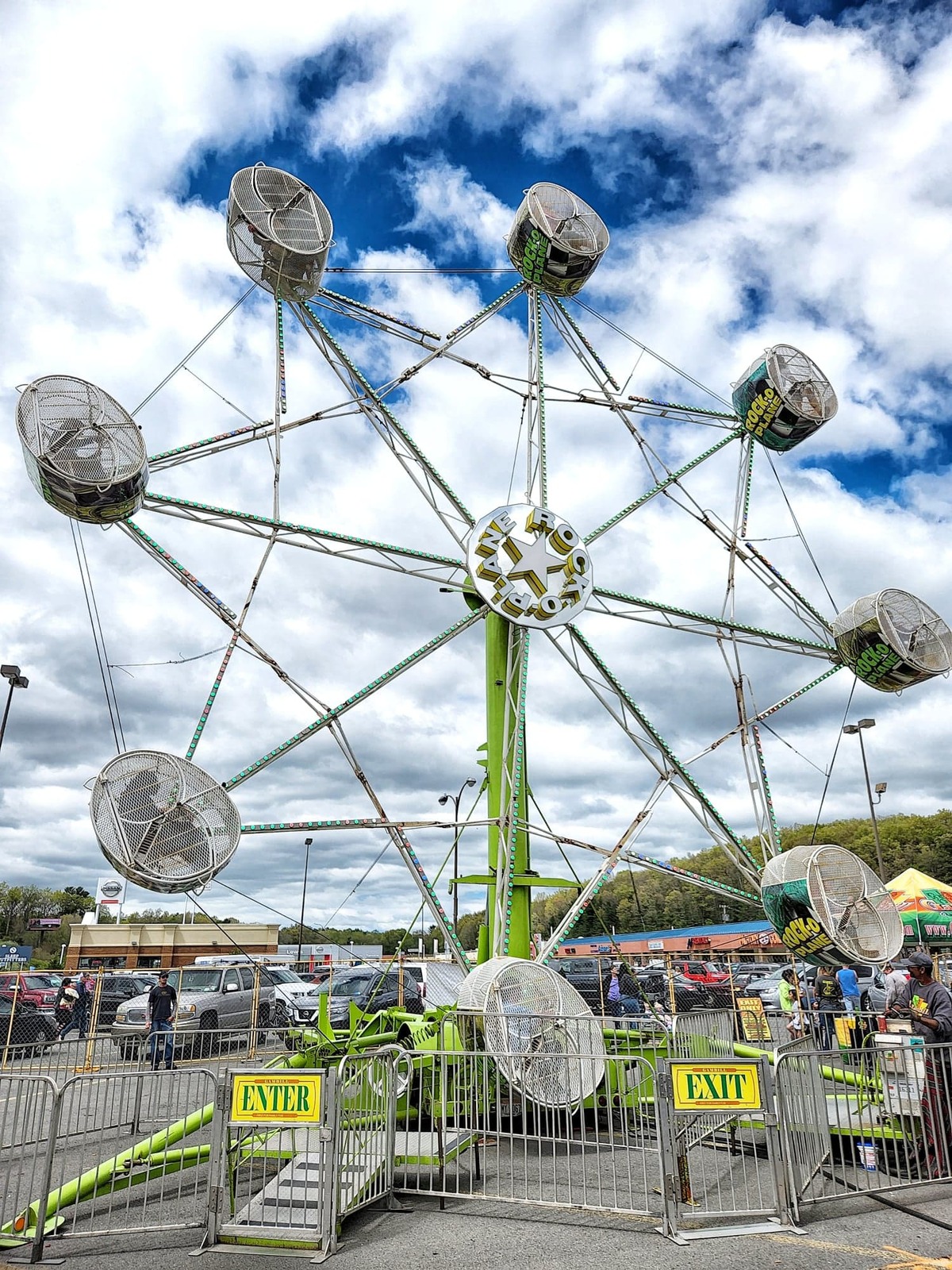 The new rides, while a large investment for the show, will go a long way in updating Gambill Amusements and its presentation.  “It was time for updating”, said Turner of the purchases, and he has done so in a big way.

Turner doesn't plan to expand the number of rides so much as update what he already has.  He believes a show with 20 or so rides is the right size for him and his family and he expects to stay as one unit, mostly in West Virginia, for the foreseeable future,

Despite his plans to stay mostly in West Virginia, Turner and his family are working hard getting the show in shape to be able to venture outside of their home area in the future, something they have done little by little since they purchased the show.

Currently, the show opens at the end of April and runs through the end of October or so.  In 2019, Turner started going to Florida with a handful of pieces to earn some extra money in the winter.  He plans to bring his Eli Ferris Wheel, Groovy Bus, Casino and another piece or two this year. 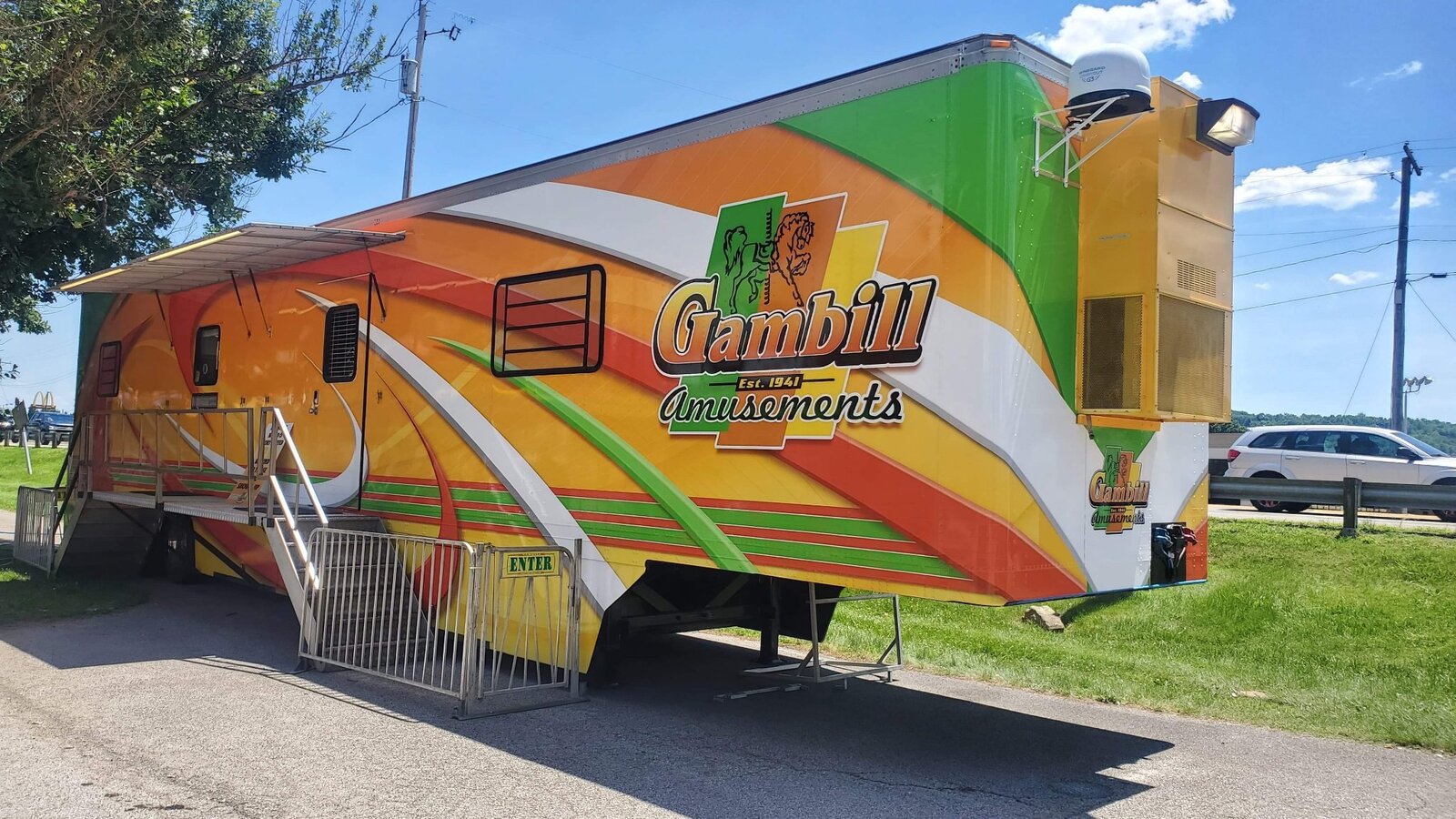 During Covid, he was able to hold his crew together, booking with Robert Briggs' Modern Midways in Florida, a move Tuner said really saved them at a tough time.  He worked several events with Modern Midways, helping with the running of the show whenever he could, and last year, he got the opportunity to work with Frank Zaitshik and Wade Shows, booking into the Florida State Fair in Tampa, an opportunity he is very thankful for.

This winter, he plans to return to Florida to go to Tampa again, then the Central Florida Fair, also with Wade Shows, and the Okeechobee Fair with Modern Midways, before returning to West Virginia in April to get the show ready for the start of the season.  Last year, he played a Christmas event with Modern Midways in Bonita Springs but he is hoping to take November and December off this year to relax and recharge with his family. 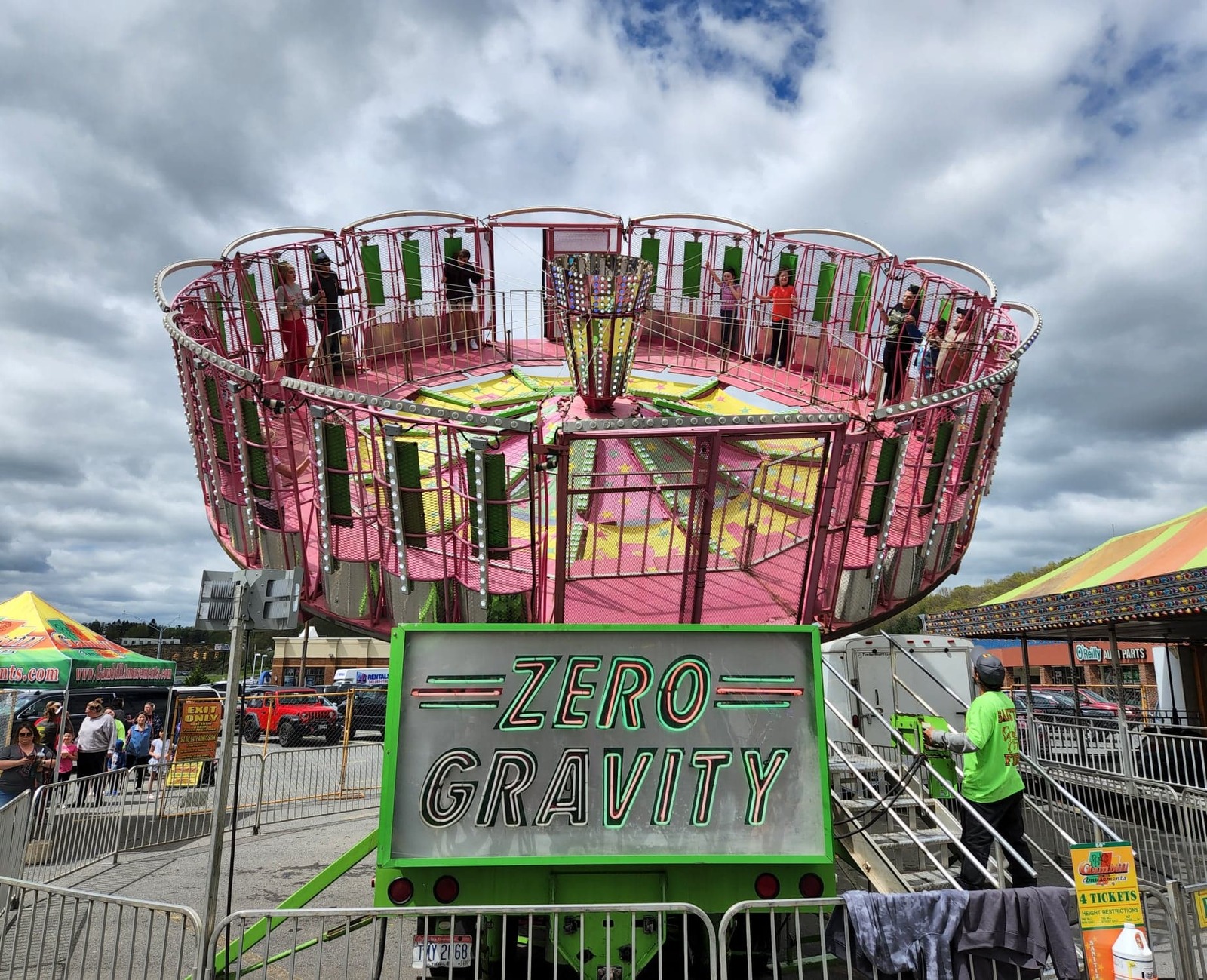 Turner really has no complaints about the business climate this year so far.  While he understands gas prices are high and labor is at a premium, these factors have not impacted him in a big way as of yet.

Turner does not use H-2B workers and, he adds, “the help situation has not been that bad”.  He has had many long term employees, including an electrician who has worked for him for 45 years.

On the fuel pricing front, Turner is fortunate that his show only moves about 100 miles on average with each jump, so the impact of the fuel price increases is minimized.  He does have to pay truck drivers more because of the increases, but he is happy to have trucks to move the show each week.

On the midway, Turner is assisted by his children, who are training to become the 5th generation of family ownership for Gambill Amusements.  His 19 year-old daughter Brooke has taken over as ride superintendent, a role she either learned through her Dad or “its just in her blood”, said Turner.  Brooke oversees setup and tear down and Turner is hoping to introduce her to refurbishment projects during the off-season. 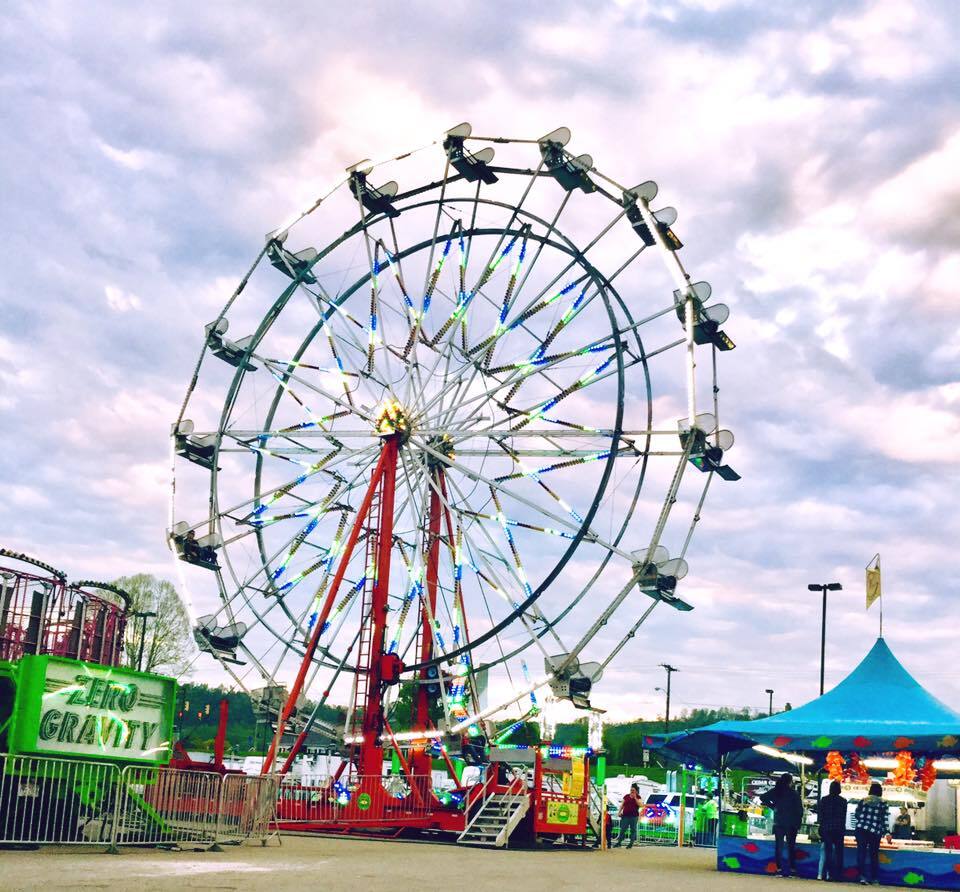 Other family members run the popcorn stand and funnel cakes and they are considering adding another food stand to the mix.   The games on the show are run by long time concessionaire David Knox, who operates about 15 pieces.

“So far, things are running very well for us at this moment”, said Turner, happy to be working with his family and his long time committees to continue the family tradition running Gambill Amusements. 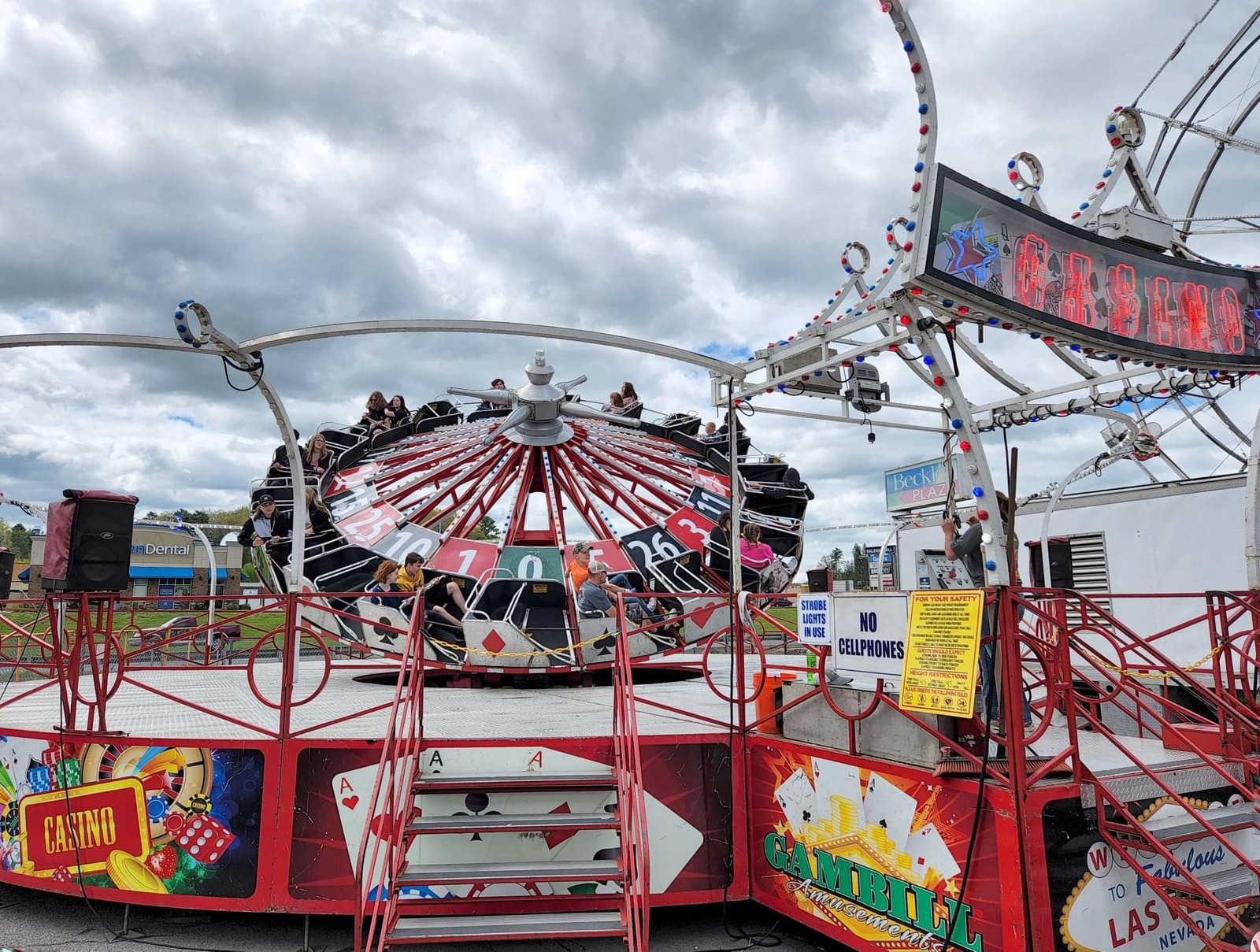 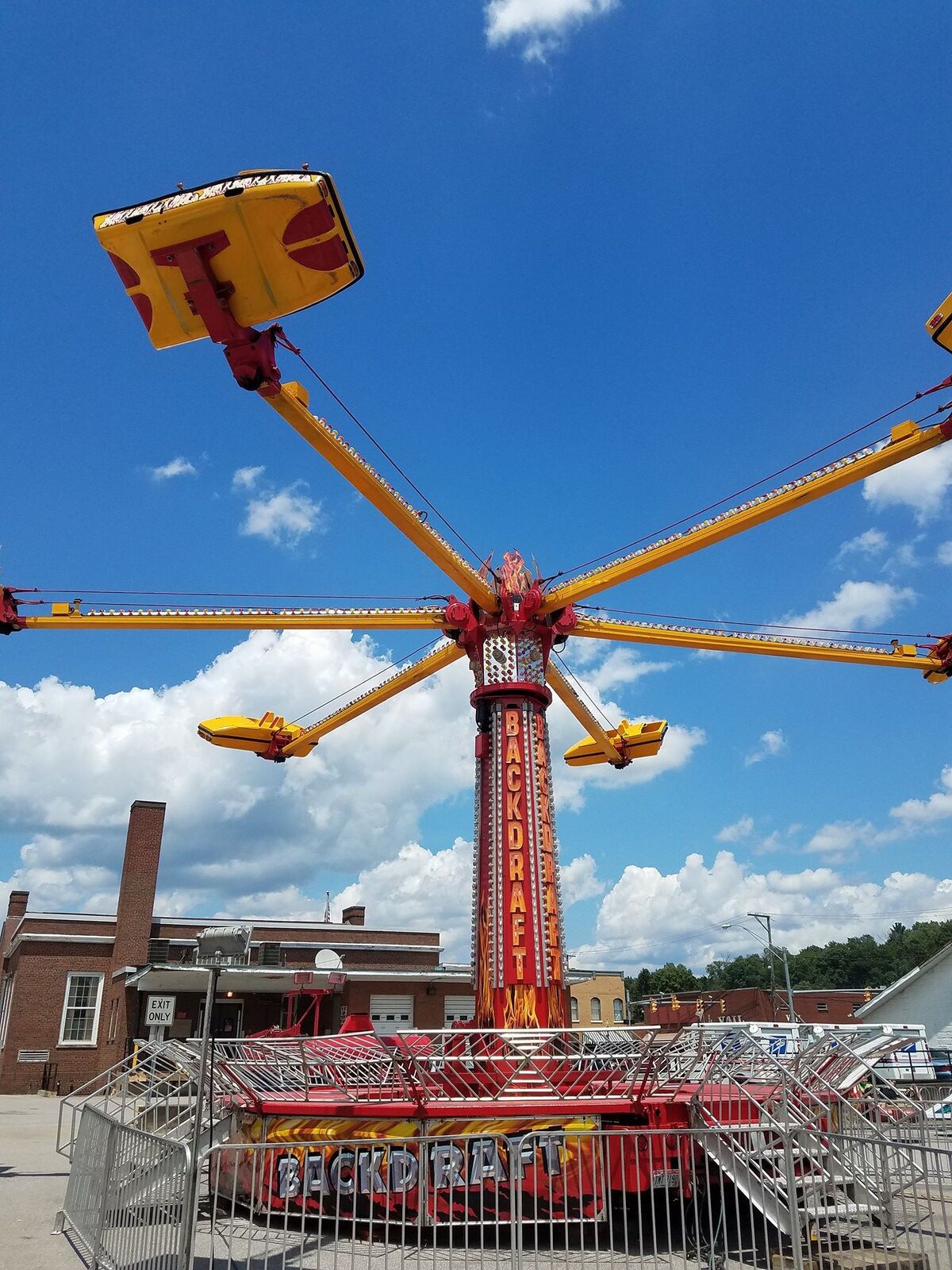