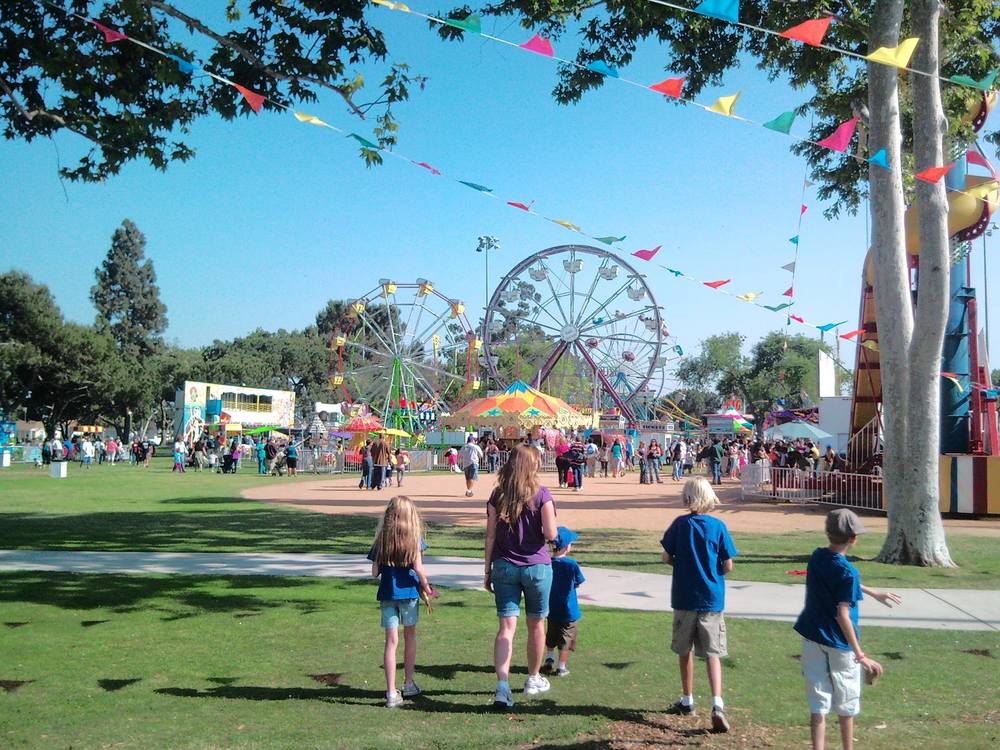 Guadagno & Sons Amusements, or G&S Shows, as it is often called, is a 25-year old carnival that travels exclusively throughout Southern California.

The company works hard to create top-notch shows throughout the region, with a focus on Los Angeles  and Orange Counties. Recent technology is a part of the picture for G & S, which has recently committed to going green, and eliminating over half of its daily paper usage by utilizing portable computers in daily operations. Daily ride inspections are conducted on tablets, for example, meaning no paper is used, and no trees are harmed. Ride tickets can be purchased online for both savings and ecology.

According to owner Joe Guadagno, the company is growing in terms of its rides. “We added a new Star Flyer ride last year, which has been a big success, and upgraded to a new candy wagon. “It’s an upgraded concession but we are sticking with serving carnival basics such as corn dogs, cotton candy, nachos, snow cones, and popcorn,” Guadagno attests.

In its first year in 2018, the high-flying swing ride has been a big hit. “In terms of attractions, it’s at the top for us right now. It’s 109 feet tall, and people just love it,” Guadagno says. “We also do very well with our Century Wheel and the Thunder Bolt.” Lit up with changing colored light patterns, all three add to the allure of the carnival when the sun goes down. Other bigger rides offered by the company include a Super Slide, a Zombie dark ride, and the two-story family attraction, Metro Maze.

The carnival operates from February to November. Guadagno says that two of largest events for his company are Simi Valley Days in the northern end of the LA market, and their annual season opener, the Temple City Camelia Festival, in the eastern section of Los Angeles.

Guadagno says the carnival operates two separate units during the year; at the peak time of year for the company, which is summer, and the timing of the largest festivals, the units are combined as one. “Basically, we operate two units in the spring and fall,” he explains. “When they’re combined, we have 25 rides and about a dozen different games.”

The company promotes itself heavily online, both through their website and social media such as Facebook, according to Guadagno. “We also do pre-sales off our website, which makes things easier for those attending our events,” he notes.

The company’s route hasn’t changed much over the last few years, Guadagno notes. However, the company has picked up new events along the way. “We do a lot of smaller events and we’ve added a number of them such as church events and city events.” Among the larger city events are carnivals held in Fountain Valley and Tustin, Calif., both in Orange County. The route usually follows the trajectory of what is known as a “40 miler.” The company also may rent out individual pieces of equipment during the off-season.

One of Guadagno’s favorites is the carnival is sets up in early August in Tehachapi, Calif. “It’s a small town which is honestly rare in California, and it’s essentially in the middle of nowhere. People here are really super-attracted to the carnival, which makes us truly enjoy being here. It’s a big deal for a carnival to come to town. We are a part of the annual Mountain Fest here.”

Asked what makes his company unique among the many carnival operators working in California currently, Guadagno says “It’s really our crew that makes us unique. We are in all ways a family show. Both in terms of ownership and in terms of our attractions, with the committees we work with, with the ways in which we appeal to our customers.” In short, the carnival’s family atmosphere and wholesomeness is supported by the carnival’s operating family.

While the company has been running for 25 years, Guadagno says, “We’ve been in business for 60 plus years now. We are third generation. We began with my grandfather, who started at the old Pike Amusement Park in Long Beach.”

Reminiscing about that waterfront location, Guadagno says “My grandfather bought a ride there, he liked the business, he had friends in it, and things grew from there. The single ride turned into a few rides. His sons took over, John and Tony. I’m Tony’s son, and Tony and I are partners, and Sharon, my mother is a part of this operation, too.”

He adds that “My wife Loreline runs the business side of things, and we both work along with my parents. We love what we do, and are fortunate in that we get to come home 75% of the time when the carnival closes because our route usually doesn’t take us too far away.” The company is headquartered in the Orange County community of Garden Grove.

Along with his relatives, Guadagno has three other staff members he wants to shout out, because he relates “I couldn’t do it without my unit managers. I have three top guys who move between units or work one big unit if needed. They’re
Mark Lian, David Mapewosian, and Elias Andrade,” he says, noting that they are a part of the G & S Shows family, too. 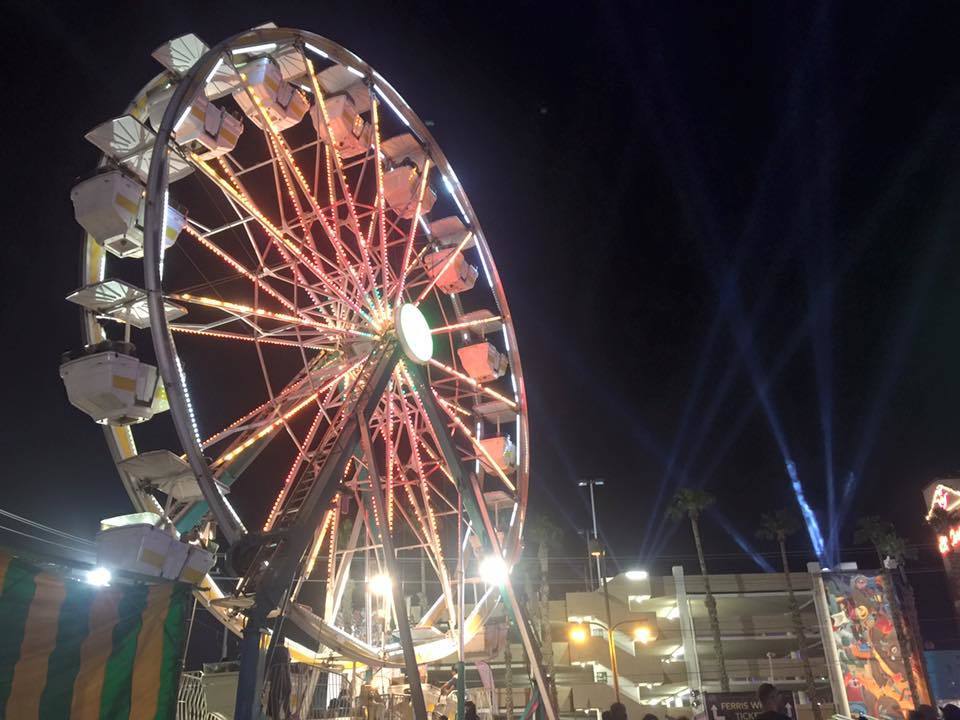 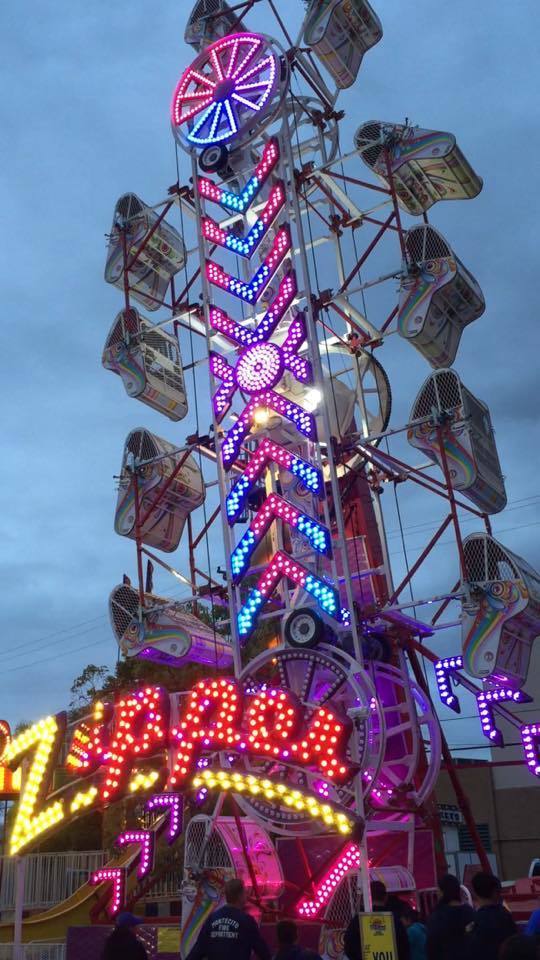 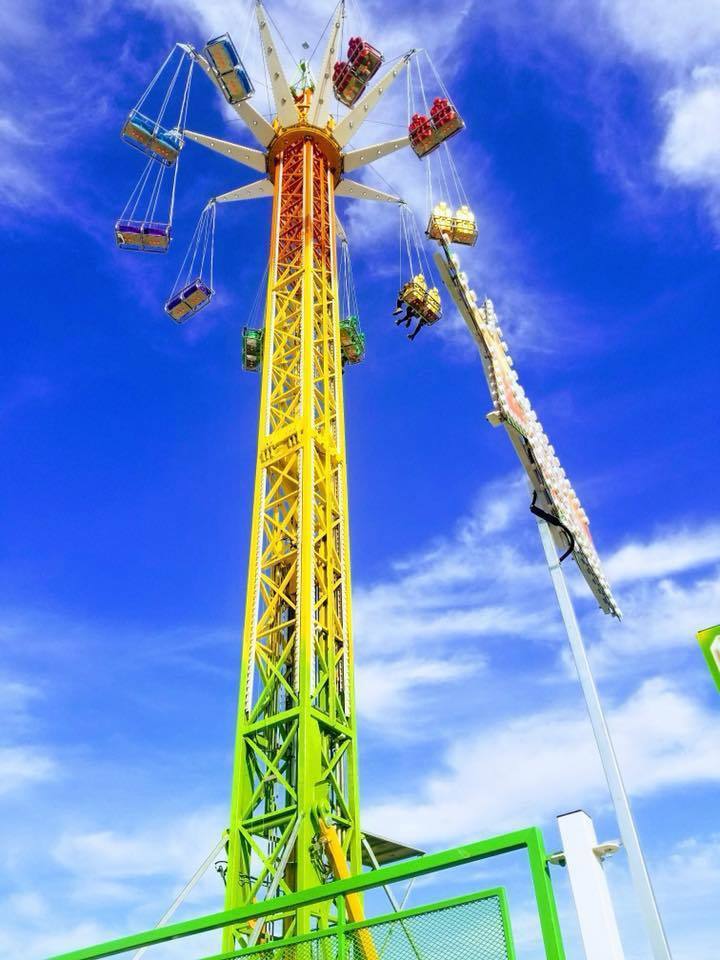