Safety is key for Funtastic Traveling Shows owner Ron Burback. The company, which plays a route exclusively in the Pacific Northwest, throughout Oregon and Washington, usually books about 25-30 events annually.

According to Burback, Funtastic hosts an annual, wide-ranging safety conference event at its winter quarters facility, which took place this year in February.

“Our yearly safety seminar has been going on for about 40 years,” he relates.

“It's the oldest in the country, and is produced by the Northwestern Showmen's Club. My wife Beverly is a chair of the committee that puts it on, and has been for years.” He notes that the seminar has sponsors that include a wide range of industry suppliers including Allied Insurance.

“It's all good information that they get. The people who attend are the people that are running the machines, actually doing the controls. It's not a management seminar. It's designed for people operating the rides, and about 40% are there for the first time. So, it's very important they they're there and they learn the basics to keep incidents down.”

The five-day seminar includes two days held at Oaks Amusement Park in Portland, and three at the Funtastic Shows headquarters also located in Portland. Programming runs from 7 to 5 daily, and breakfast, lunch, and dinner are included in the registration fee.

Additionally, participants can also take the NAARSO test, AIMS testing, a First Aid class and CPR classes. The highly interactive classes are offered in settings that allow hands-on teaching to raise safety awareness; attendees are able to create a course curriculum that is tailored to their and their employer's needs. Additionally, the Safety Seminar is aligned Portland Community College for accreditation in their Continuing Education Program. Teachers and speakers are all volunteers; this year 125 attended the event, which included over 35 class offerings.

Along with safety, Burback says the carnival focuses on constantly updating and adding rides. This year, the big addition to the carnival's bevy of rides was a new Giant Wheel. However, he says that his most popular ride remains the Classic Coaster, a permanent 1935 wooden coaster the show owns at the Washington State Fairgrounds, which was redone top to bottom a few years ago. 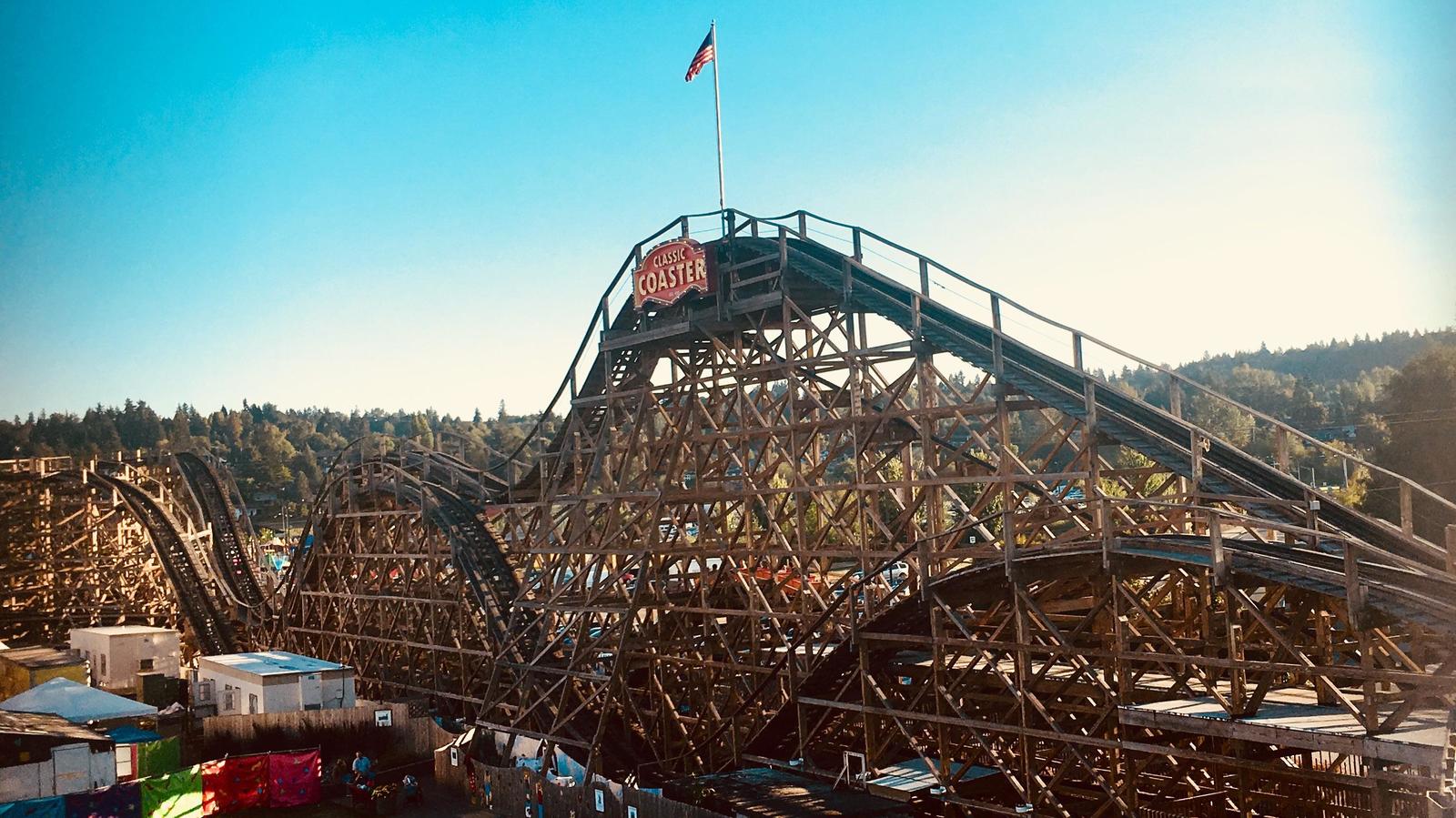 In regard to carnival food, there were no changes in Funtastic's offerings; Burback explains the company plans to keep food offerings as “the good old carnival staples.”

However,  like rides, games are constantly changing. “In games, I bought a Whack a Mole that I am going to put in a permanent location, and we sent our water game to Bob's Space Racers to have that redone. We also purchased a Hi Striker from Denny's Electronics, and we have a new game called Teeth.”  Burback jokes that despite the visually toothy look of the game “You don't actually knock out any teeth.”

The carnival operates a cashless midway, which has been a big success for the company due to its convenience for both guests and operators. Individual ride pricing depends on the event and location; wristband pricing combines games and a food item with unlimited rides in a package he describes as being a big success. 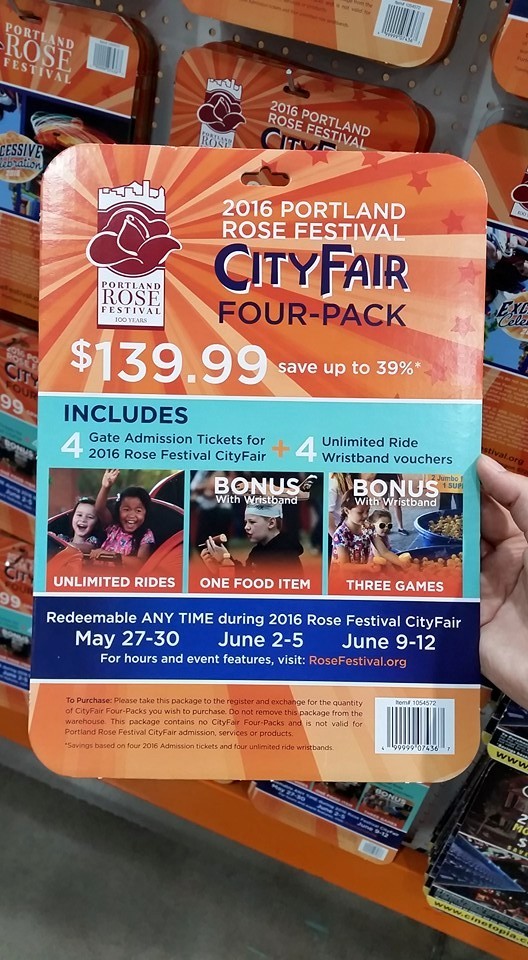 Funtastic runs two units full time and a smaller unit that is designed to play at festivals. “We rent equipment for that, and the unit takes the equipment to events and produces the midways for them,” he explains.

As to the carnival's top performing events last year, he describes his best event as “All of them! We don't have any that aren't good,” he laughs. But when pressed, he notes that the Washington State Fair, among the largest fairs in the country, is his biggest event.

There are no route changes this year, but Burback has added several new fairs, one located in Riverton, Wash., and the Kitsup County Fair located in Breverton. “We had others we were working on, but everything is on hold for now. Right now, we have no route at all,” said Burback referring to the nationwide event shutdown due to the COVID-19 pandemic.

When things are finally up and running again, Burback says the carnival is primarily promoted through the Internet, with it being the most cost-effective and far reaching tool.

“With everything being on hold, we are just marching in step until we can figure out what is happening. I think within another thirty days, we will know what is going on and what will happen. We have had to cut back on employees because of reduced dates,” he says, which was a difficult decision for the company.

The carnival has been working and growing since the 70s. Created by Burback and Robert Bollinger, the latter of whom retired in 1985, Burback himself is now 87 years old, but he continues to run a successful and growing show.

Normal operating dates run between April and October, with Funtastic's Portland-area winter quarters the site of ongoing maintenance work and updating on rides. 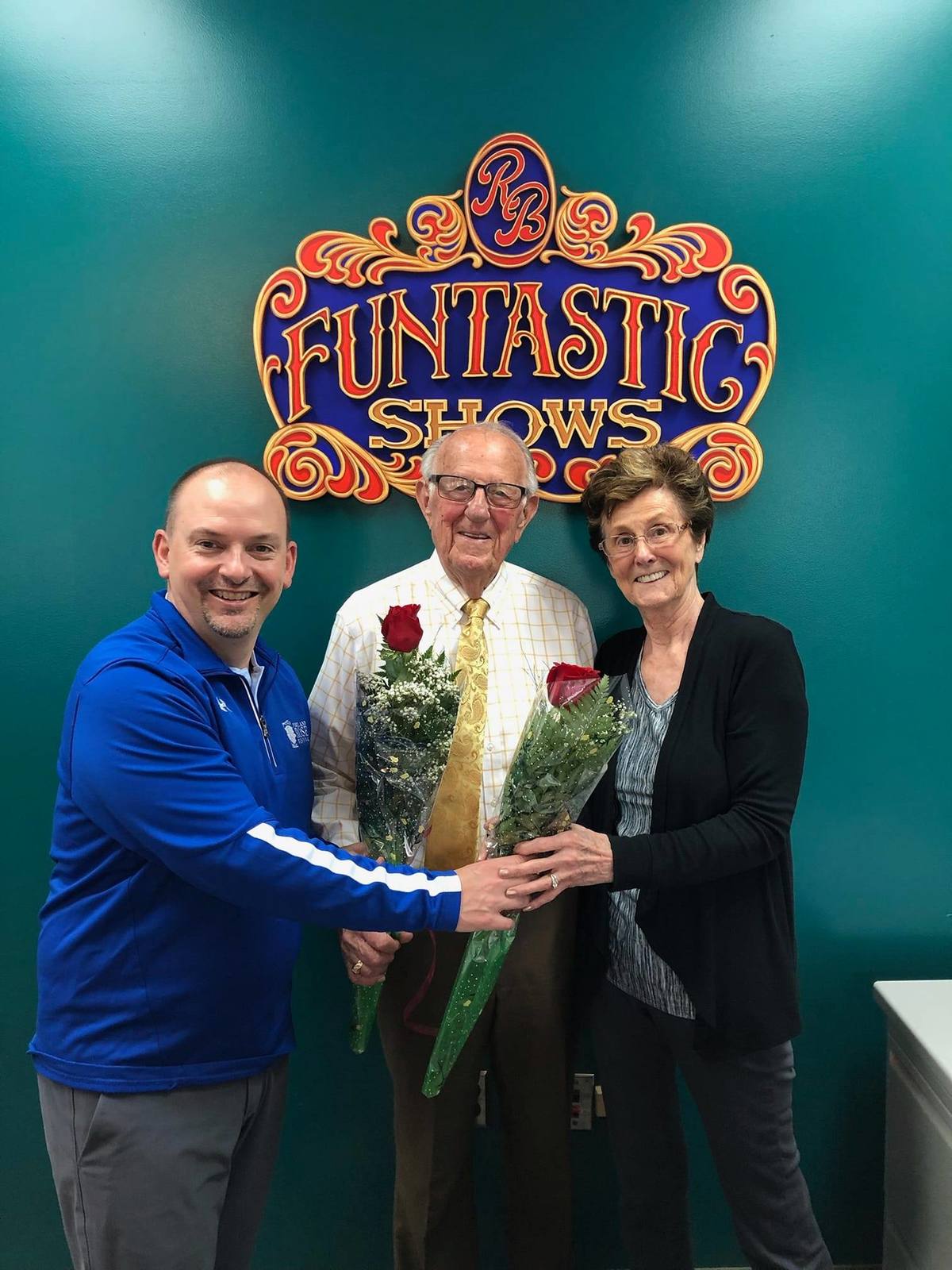 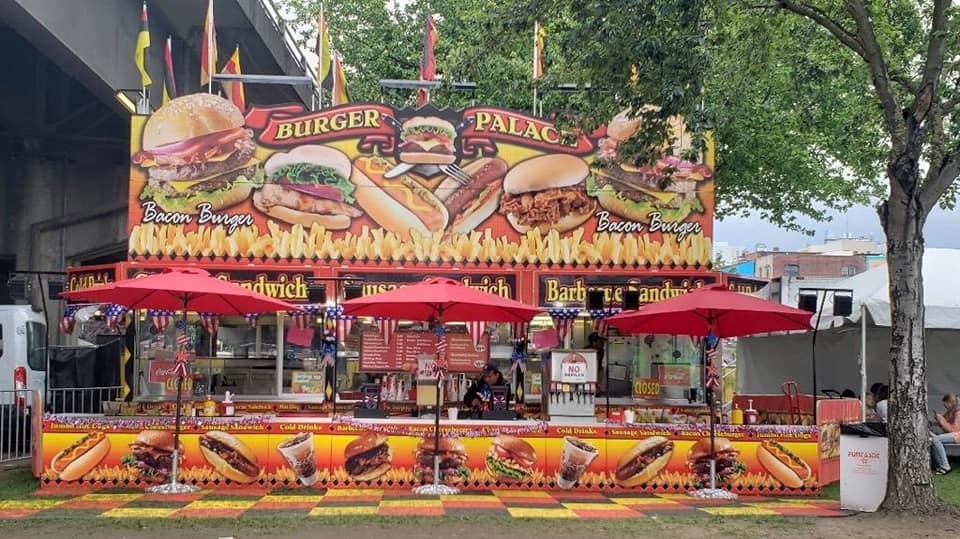 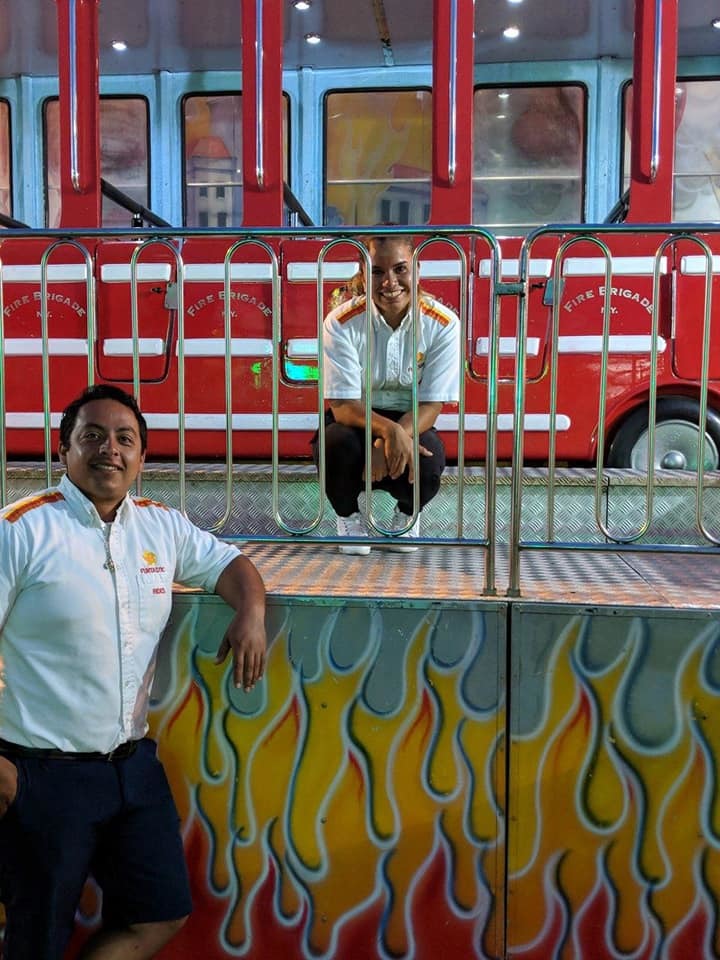 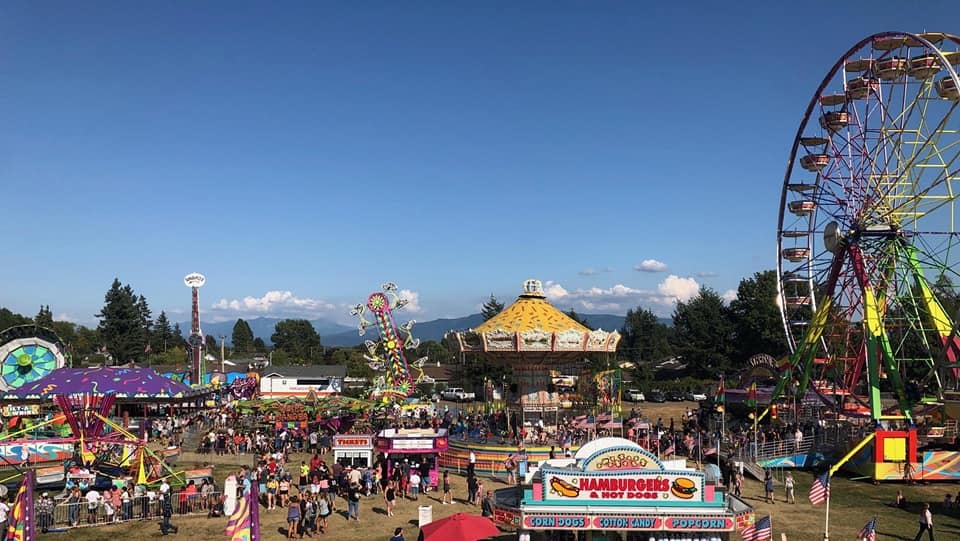 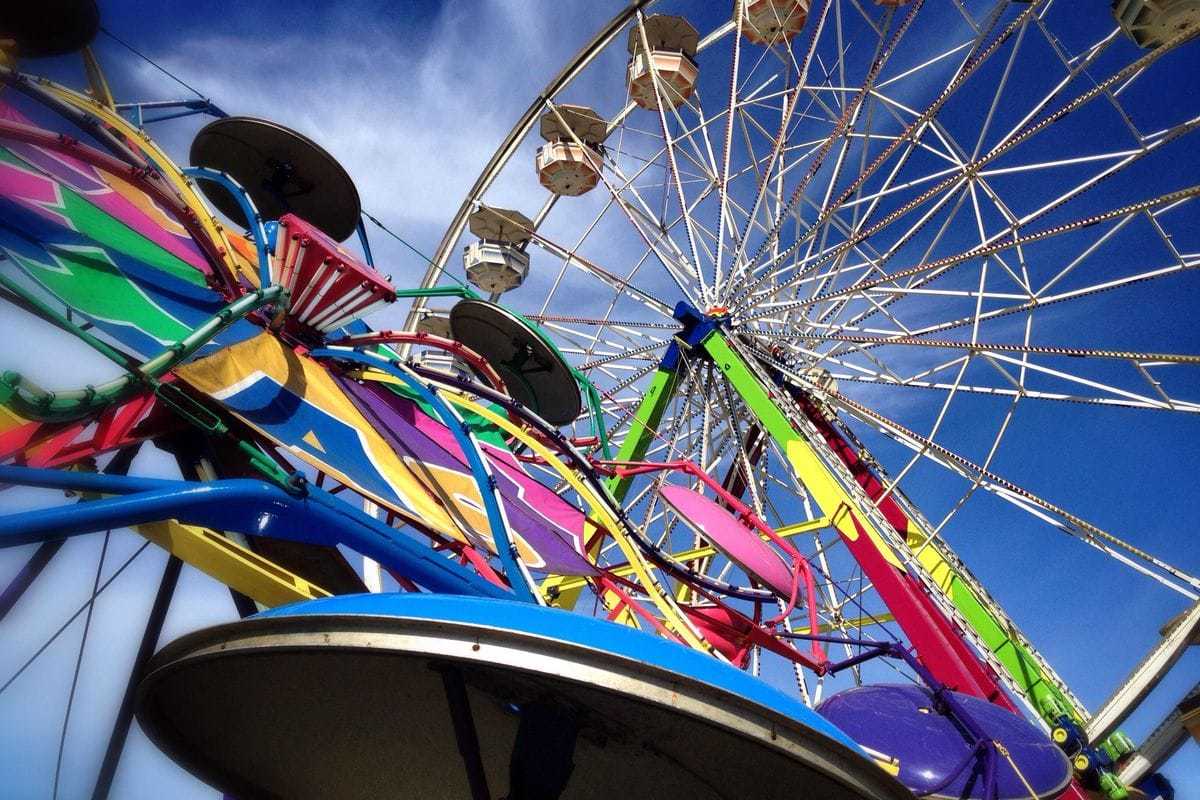 At the Northwest Washington Fair, 2019.