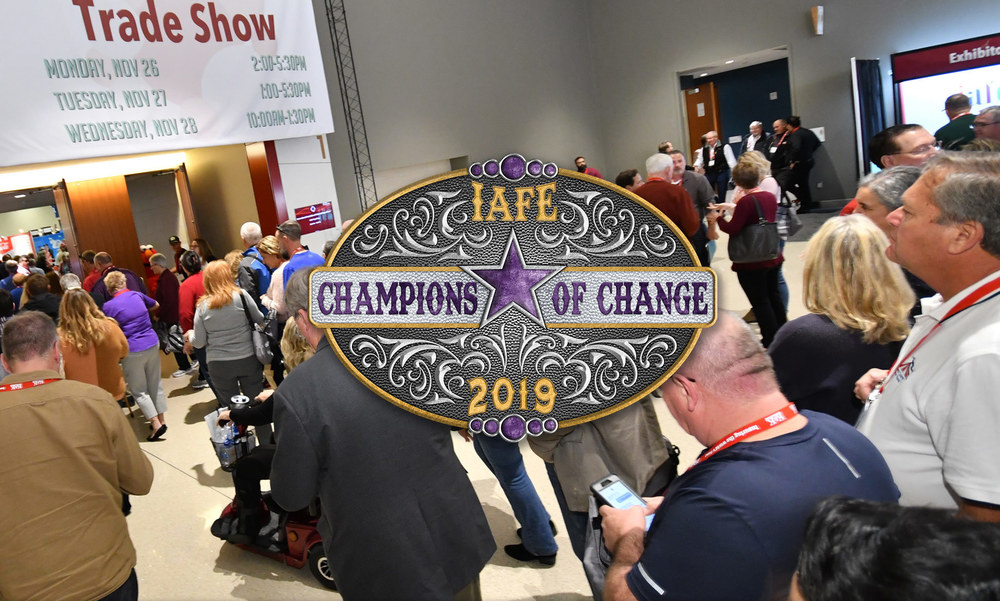 October is a hectic month for Marla Calico, President and CEO, International Association of Fairs & Exposition and her staff. From December 1-4, the largest coalition of fairs, expositions and other outdoor events – as well as the businesses and other organizations they rely upon – will gather to network, exchange ideas, find out the latest trends and leading issues in the industry.

The 2019 Annual IAFE Annual Convention & Trade Show is the largest single gathering in the fair industry, and this year is also the sophomore edition of the fair at the Henry B. Gonzalez Convention Center in San Antonio. Last year, the IAFE moved to one of the Lone Star State's leading cities and meeting facilities after 40 years in Las Vegas, a move that Calico said was received extremely well and registration, which doesn't close until November 1, is going strong. More than 3,000 attended last year's IAFE convention, according to Calico, who declined to give more exact figures due to association policy, but said attendance was on par with previous Las Vegas shows. The feedback about last year's event was “extremely positive,” said Calico. “We did a one-question survey of attendees immediately after the convention based upon the premise of NPS (Net-Promoter Score). Our NPS was 92.3. In the world of NPS, anything above 70 is considered "world class".

She added that the response rate to this online survey was 30 percent, “the highest response we've seen in the past 15 years. The results from the on-site EventCorp Services survey shows that the convention facilities ranked 4.63 and the overall rating was 4.44 (both on scale of 5) – prior overall ratings were 4.39 in 2018 and 4.33 in 2016..”

In fact, Calico pointed out that the survey data indicated that a fresh city sparked the curiosity of attendees, prompting the association to host special facility tours. “There will be two "behind the scenes" tours of operations at the Henry B. Gonzalez Convention Center and one to Sea World, with an educational emphasis on guest experience.”

Given this year's convention theme – Champions of Change – new educational tours are only the tip of the forward looking changes planned for the 2019 IAFE Convection & Trade Show. As in previous years, the IAFE Programming committee first began developing the theme after the 2017 convention so that by 2018 the theme could be officially announced at the conclusion of the event. Then the work of programming the convention around the theme began.

It's a theme appropriate for the fair industry looking to continue its progress and remain relevant to rapidly evolving social norms. Change can often cause anxiety among fairs as they maintain a balance between keeping relevant to contemporary society while recreating an annual event beloved by communities for generations. The 2019 theme however encourages the industry to abandon anxiety and be the change that's needed for their community.

“Sometimes change can be hard,” said Jessica Underberg, CEO & Fair Manager of the Erie County Agricultural Society and IAFE chairman, who is in charge of the theme selection process. “But in 2019, I am challenging us all to be Champions of Change. Now, I'm not talking about changing your layouts at the fairgrounds, or changing the grandstand lineup, or even changing the competitive exhibitor classes or changing out the marketing campaign. We all know that change comes in many forms. What I am talking about is becoming change agents throughout our communities, through education, scholarships and advocacy. Fairs change the lives we support through these endeavors in a big way. I am talking about changing the way we communicate, and engage future generations, while keeping deeply rooted in the time honored, beloved traditions that have built our industry. In 2019 I am challenging us all to become better managers, better leaders, better spouses, better parents, better board members and better volunteers.”

The Champions of Change theme has already struck an audible chord among fair managers and other convention attendees. “Every time Jessica Underberg or I have spoken at various fair meetings throughout the last year we share stories of how fairs change lives and encourage members to share their stories with the world,” said Calico.

That sharing has been facilitated by the IAFE through social media hashtags #iafe2019 and #championsofchange and on the convention website, featuring dozens of positive, true stories by fairs from around the globe. From 4-H mentorship programs at the Dodge County Fair in Wisconsin to the Texas State Fair receiving an award from the Dallas Independent School District for supporting the Women's Alliance, an Executive Leadership Program designed to break barriers facing women and multicultural leaders or how the Salem Fair in Virginia and its midway provider, Deggeller Attractions donated $10,000 to support a “Maker's Space” for a local middle school, there are many examples throughout the industry.

In addition to fairs strengthening their communities by asserting their ability to achieve a positive impact in those communities, the Champions of Change also found fairs overcome obstacles by reaching out to communities. After the 80-year-old Otero County Fair and Rodeo lost its county funding but still needed to maintain its 21-acre facility and pay its staff, the fair launched a Friends of the Fair Sponsorship program, enabling the event not only to make payroll and properly maintain its fairgrounds, but eliminate the fair's admission fee.

The Otero County Fair's Champions of Change post reads: “Our attendance went from 21,000 to 39,000. This was huge for us and proved we made the right decision for our community. We are excited to attend the IAFE convention this year and look forward to using the knowledge we gain to keep being a Champion of Change.”

Thinking outside the box, innovation and looking to the future will be embedded throughout the 2019 IAFE Convention & Trade Show. “Daring to Be Different” will be a special presentation of fair case studies by Nancy Smith of the South Carolina State Fair and Amanda Blair of the Tulsa State Fair. The convention's Keynote Speaker Bill Stainton, a nationally acclaimed motivational speaker and Emmy Award Winning TV producer reinforces the Champions of Change theme with an address and workshop on one of the speaker's best known, change-centric topics: “Breakthrough Thinking.”

The IAFE educational program features more than 150 topics, although change is an overarching theme throughout the workshops, panels and seminars. “One of the agricultural panel discussions will focus on creating change by finding out more about the exhibitor's perspective,” added Calico. “The Commercial Exhibits & Concessions Committee is leading a 3 -hour multi-faceted discussion on the changing landscape of commercial exhibits and brainstorming ideas for the future. A small group of "change agents" will dedicate their time in a "FAIR-A-THON" brainstorming ideas on the topic "Growing Pains – No Room to Grow" and will work daily (attendees can stop by to observe) and present their ideas at the final session.”

Overall, when the fair industry does congregate in San Antonio, observers may find that there may be reasons for less caution and more optimism than in 2018. With many major fairs still in progress when Calico spoke with Carnival Warehouse, trying to gauge the success of the season is problematic. Nonetheless, with a plethora of major fairs reporting record years, anecdotal information indicates a very positive outlook among fairs. Of the IAFE's informal tracking based news reports, 48 percent of fairs were reporting they were up over 2018, and 28 percent were down in 2019 compared to the previous year. Last year, only 43 percent reported being up and 29 percent were reported down. “As always, weather is the determining factor,” said Calico. “Seven percent of those fairs where attendance was down attributed it to weather; mostly rain this year, but a few in mid-July had record heat.”

The biggest strain on fairs in 2019 may have been downswing on in the agriculture industry, mainly due to dropping prices and the current tariff wars impeding exports. Even if farmers – the mainstay of many fairs, especially smaller events throughout the Midwest – are suffering more in 2019, the fairs seem relatively unhindered. “We have heard some reports of a negative impact on the smaller fairs which occur in heavily rural, Midwestern areas because when agriculture is under economic pressure, everything in a rural area is under pressure – it impacts the feed store, the grocery store, the gas station,” said Calico . “But, the strength of county fairs lies in the fact that they are community institutions and bring folks together especially in times that may be troubled. People still want to come together to celebrate the best of their community.”

In spite of the woes in the 2019 Agricultural economy of the U.S., fairs remain key to the culture of not just in America, but globally. “Our members in Canada, Mexico, the United Kingdom and Australia fill a vital need in their communities by educating their fairgoers – the majority of whom are urban or suburban dwellers with no real connection to agriculture – in a fun-filled environment,” said Calico. “Agricultural fairs worldwide are relevant because they change lives. Every day.”

She added, “think about it in these terms: [Fairs] are providing foundational skills and development of our future leaders! They provide opportunities for differently abled individuals to participate in activities with their friends and family. They provide facilities that are utilized by their community in times of disasters and they support their communities with countless donations of tickets, time, facilities and money – in 2017 a survey of our members showed over $43 million in scholarships were awarded annually.”

IAFE attendees will also experience an expanded trade show floor, with a total of 385 spots available this year – most of which were already sold as of press time. Change is also apparent in this vital segment of the fair industry's massive powwow, with growth in some unexpected product categories.

“We've seen some new participants in the areas of livestock equipment and panels; ticketing/ticketing services; and we continue to see many different and new attraction offerings for fairs – including an archery show; an exhibitor offering museum quality exhibitions; and a mobile exhibit featuring the dairy industry,” said Steve Siever, Director of Sales, IAFE. “As always, the show has just about every type of entertainment option that you can imagine." ï¿½ 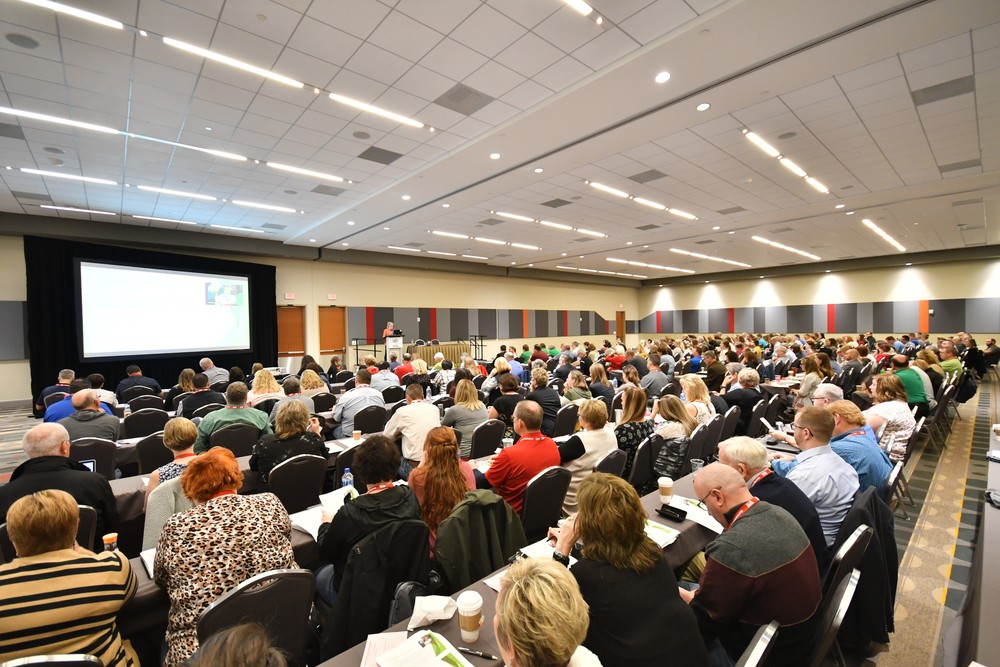 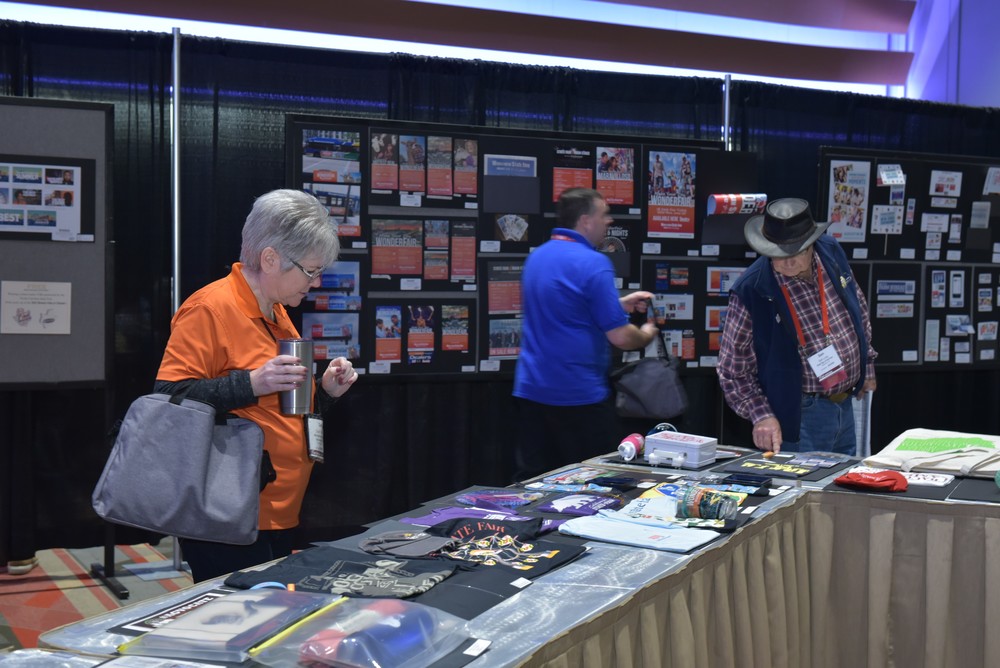 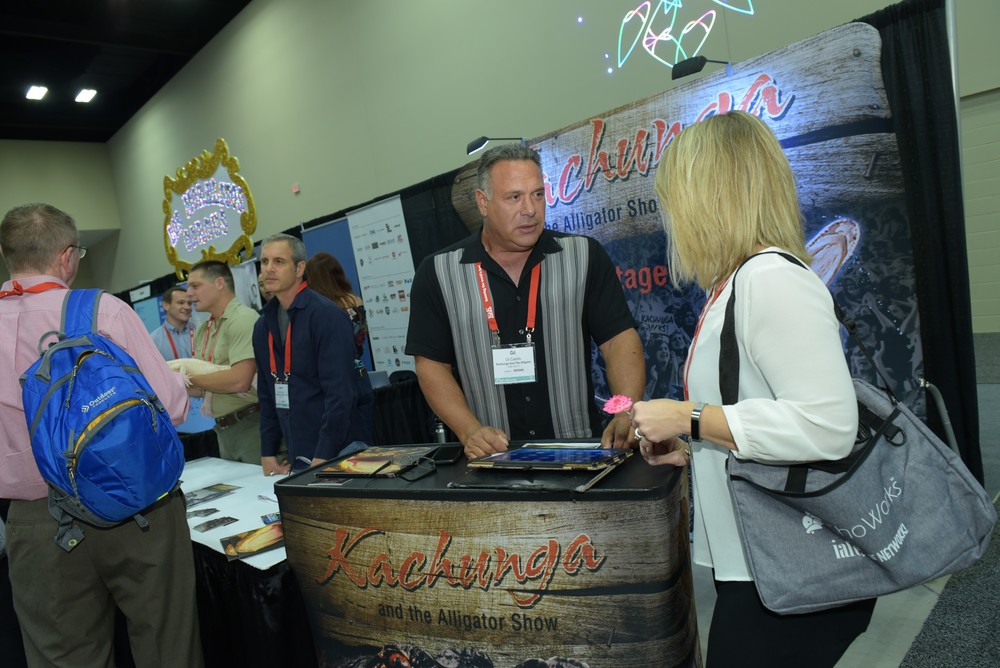