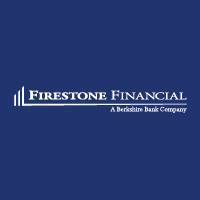 “I come into my expanded role excited to continue the foundation David set and bring a renewed energy and excitement for the future,” remarked Smith. “David's commitment to the growth and prosperity of all the industries we serve is ingrained in everything we do. And that commitment will remain the same.”

The management change is part of a well-coordinated succession plan that was in process since Berkshire Bank acquired Firestone Financial in 2015. Smith has led all key functional areas of the business during his tenure and brings a deep knowledge of the business and its customers. Customers and partners will experience no significant changes in the management of their account or points of contact during or after the transition.

“Firestone is at a point where we not only want to continue in the industries that the business was built on, but also deepen relationships with channel partners, vendors, manufacturers, and distributors as well as expand into additional industries,” said Tom Varriale, Senior Vice President of Sales and Marketing. “Coming off a record year in 2018 and under Mike's leadership we're poised better than ever to meet our aggressive goals, increase efficiencies, and deliver even more value to our customers and partners.”

Michael Smith joined Firestone Financial in 2008. He was hired to lead key operational areas as the Vice President, Credit, Operations, and Risk Management. In 2015, Smith, an attorney, was appointed Senior Vice President, Portfolio Risk Officer and led the credit, risk, loan operations, and portfolio management teams. In 2018 he was named Executive Vice President, Chief Operations Officer, adding oversight of sales and marketing, technology, and finance functions. He has over 30 years of finance and lending experience, previously working as the Director of Operations and legal counsel for AGFA Financial Services Inc.