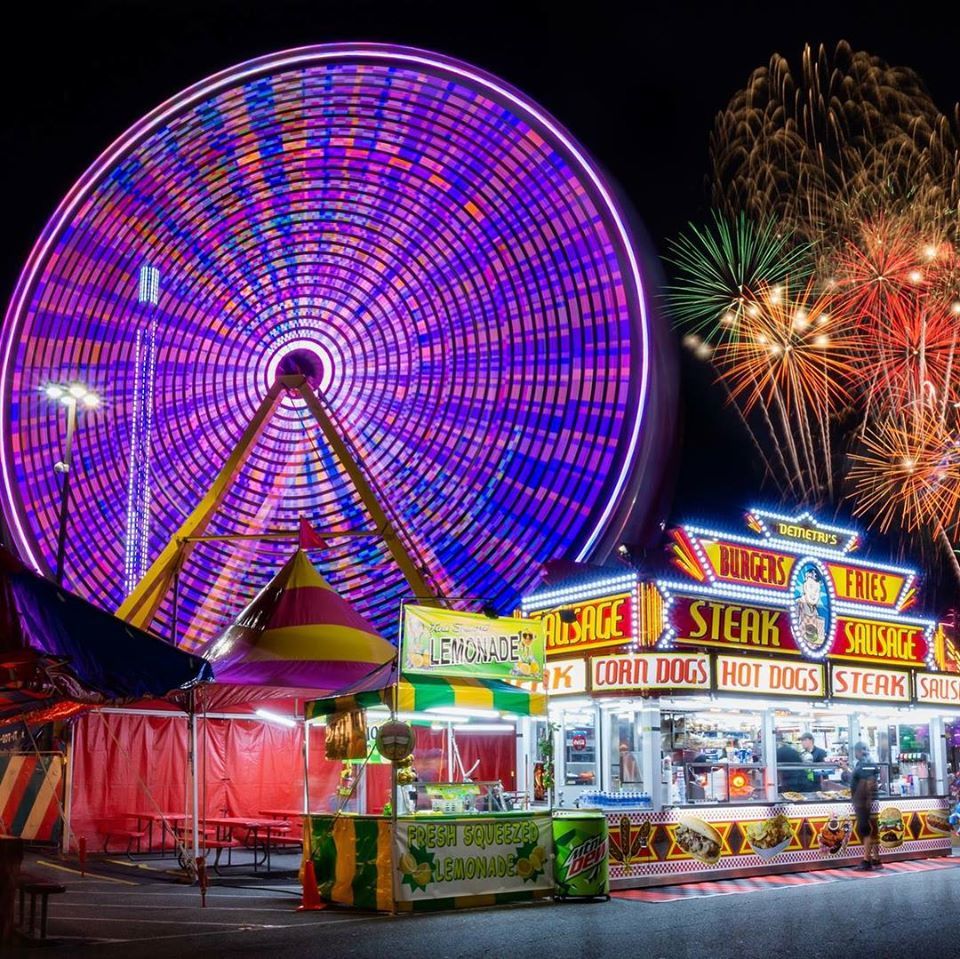 Fair limbo is the term fair professionals have described what they were going through during the COVID-19 lockdown. The scenario is frustrating and complicated. Many fairs have cancelled, some have announced they are postponed to 2021, others have created pandemic plans approved by state governments and have announced they will hold their fairs, with stringent social distancing measures in place as other mitigation strategies.

But many fairs are still in limbo – plans have been created and submitted – but the final decisions have yet to be made, only increasing the anxiety of fair mangers, staff and everyone else involved. Not only do they have to effectively envision a Fair with virus mitigation strategies, but they are still unsure if they will ever see opening day.

The Delaware State Fair was one of those fairs in that limbo state. According to Danny Aguilar, Assistant General Manager, the “official, final thumbs up,” had to be made. “We can implement the safeguards. We are working with officials where we can have safety and various levels of engagement. We're putting that plan together. We are more flexible than other places, as everything is returning to normal, the beach towns in Delaware are opening and we are watching that. The day before publication of this article however, the fair received final approval from the Governor to hold the 2020 edition of Delaware's largest event.

In addition to the range of expected policies, such as mandatory mask wearing, sanitizing stations, additional signage, minimizing touchpoints and increased cleaning crews, Aguilar is working on shifting traffic patterns to encourage more social distancing and working under a goal of 50 percent capacity for exhibition buildings and other areas.

The most severe policy to be implemented is cancellation of the fair's concert series, one of the major stages of any mid-Atlantic Fair. The Delaware State Fair consistently attracts some of the biggest names on the state fair route, with sellouts every year. In 2019, highlights included Reba McEntire and the hot selling country duo Dan + Shay. Aguilar estimates that the concert series cancellation automatically means a drop of more than 50,000 attendees

As a counter programming measure, the fair has increased the number of roaming acts by four to 12, with each doing four shows instead of two, with shows being longer, spreading out the show times. The intent being that shorter but more frequent performances will thin out audiences encourage more social distancing.

Other programs, such as the Hollywood Circus and Racing Pigs will now require reserved seating, and fewer seats will be available.

The number of vendors will also be reduced, and limited mainly to 40 milers – those who live in a closer radius. “We are working closely with those individuals, who can do the jump. We are adding some additional space for new queuing systems. “We're working closely with individuals, from vendors to our carnival company, to ensure a safe fair. The fair is going to look different. We are looking at ways to flatten the arrival of attendance, with promotions and we'll announcing financial incentives to some can arrive earlier, which will reduce crowd sizes.”

He added, “people want a return to normalcy, they want their summer. We are working to bring them The product. If folks don't feel safe, they won't come.” 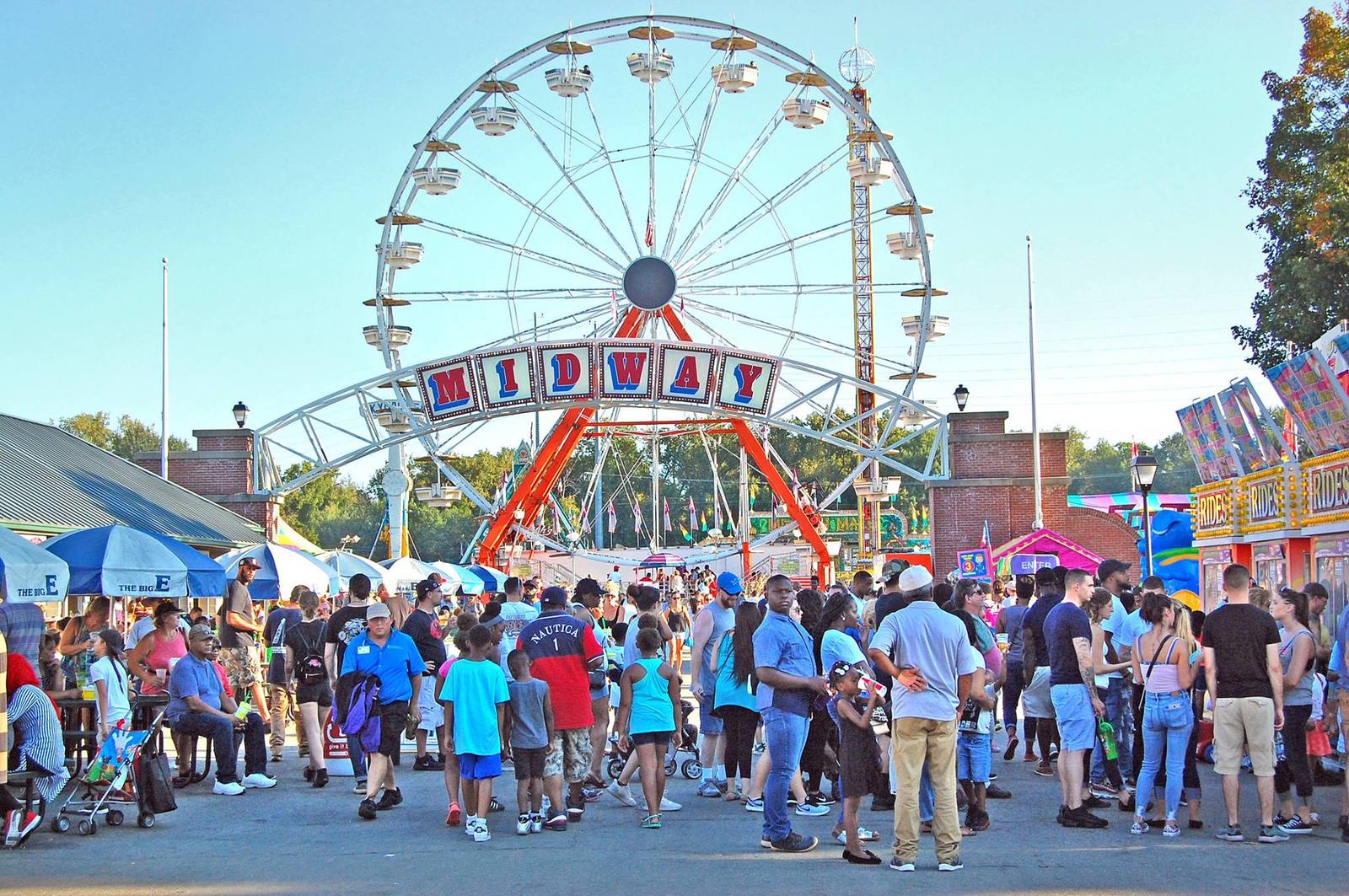 The Big E is technically still in fair limbo – according to a spokesperson, cancellation is still a distinct possibility. However, late in May, the Eastern States Exposition, one of the largest fairs in the Northeast, announced their concert lineup, which are free shows and include Hoobastank, Big Brother and the Holding Company, and Lisa Lisa. The Big E has formed a task force -- COVID Resiliency Team – that will help create a workable plan for opening the fair.

"Our top priority is the health, safety and wellbeing of all who visit the Exposition, as well as our volunteers, vendors, employees and the animals in our barns.  Our organization is involved at the highest levels in ongoing conversation with the CDC, NIH and large venue managers from across North America and including Australia,” said Gene Cassidy, President & CEO, Eastern States Exposition. At our annual board of trustees meeting, we established a COVID Resiliency Team. Members include ESE board members, key staff, a medical/public health care professional, the West Springfield Director of Public Health and state officials.”

The plan for the fair, has yet to be released to the public, much less approved by the governor. With a late September start date, the way this fair is negotiating its fair limbo status is to keep moving ahead with its programming, such as the concert lineup announcement, but acknowledging that opening will depend on a variety factors, including no nitoring coronavirus spikes and resurgences experienced by other states as they institute reopening states through the summer month.

“In consultation with the COVID Resiliency Team and input from the highest sources in the United States, [The Big E] will advance comprehensive guidelines that will establish the framework to safely and successfully open the Fair, all of which will be subject to the scrutiny of the Governor and the Town of West Springfield,” said Cassidy.

Editors note:  After publication of this article, the Big E Announced on June 29, 2020 that the 2020 fair has been cancelled. 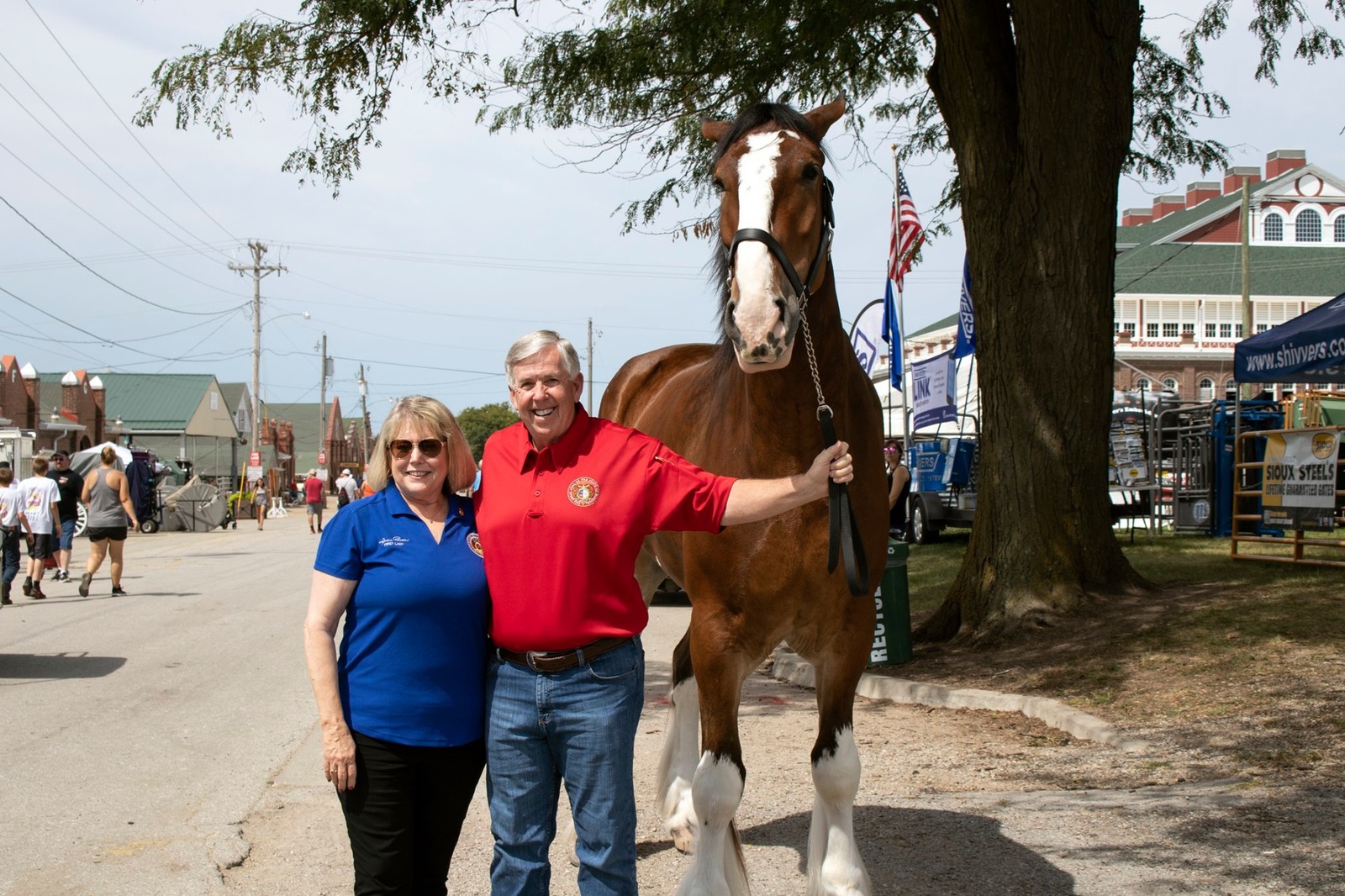 In June, the Missouri State Fair, broke out of its fair limbo with a much anticipated formal announcement that the 2020 fair will go on as scheduled, August 13-23. The driving motivation was agriculture, an understandable impetus for this breadbasket state.

In an official announcement, while Mark Wolfe, Fair Director, emphases that “The mission of our Fair has always been to showcase Missouri agriculture, so our livestock shows will continue to honor that tradition…. Our hearts broke as we watched COVID-19 cancel fairs, festivals and expositions around the world. We know the countless hours our exhibitors and Fair families have put in to taking care of their livestock and 4-H and FFA projects. Our priority continues to be the promotion of excellence in Missouri agriculture and our future agriculture leaders.”

The fair is still working out the details of its guidelines for 2020, and the final plan will be evaluated by the event's governing body, the Missouri State Fair Commission, then approved by the governor.

Wolfe has underscored that the fair will “look very different,” with safety and adherence to CDC guidelines being paramount.  But aside from the cancellation of concerts, motorsports, and other large-crowd events within the fair, the details on how the rest of the fair, from how the livestock exhibitions and competitions will be organized to the specifics of midway protocols, are still being finalized.

“We have cancelled our concert lineup, but we will be doing livestock shows, but what that will look like we're still working on those protocols,” said Wolfe. “We are doing walkthroughs with our liaison to the Governor's office, veterans of the fair and county officials.”

As could be expected, the most critical component of the fair – the midway – has been undergoing intense planning. “We have gotten a very good written plan from Wade Shows that goes out through all the details,” said Wolfe. “They detailed everything from layouts to sanitizing to touch points and to have their entire team tested, wearing masks and gloves, and having regular temperature checks. They have prepared all the social distancing requirements for the midway, how people will lineup for rides, we've had very detailed discussions.”

He added, “we are answering some very tough questions. The main concern is how to we spread people out, give the fair enough space so we can social distance.”

In addition, the COVID-19 induced recession and economic hardship has to be taken into account, which has compounded the negative impact of consecutive, underperforming years the agricultural industry has experienced. “It's very challenging,” said Wolfe. “There have been a lot of layoffs. Some sponsorships have gone away. A lot of farmers are struggling. We are looking at price promotions and other discounts.”

He added, “we're watching what theme parks and other places are going through as states begin their phases of reopening. We're all facing a New Normal, but we are getting in gear and are off and running. At the end of the day, the fair will continue to showcase agriculture and highlight our Youth 4-H and FFA programs.”