Wyoming and Utah are seeing full fair fun return this year and some venues were able to present more limited versions of their fair events last fall.

The Wyoming State Fair in Douglas, Wyo., ran August 17 through 21st. One of the largest events in the state, the fair began in 1886 when it was still called the First Annual Wyoming Territorial Fair. The focus on agricultural exhibits and livestock as well as kid-friendly fun includes a parade marching through town to the fairgrounds, as well as concerts featuring national and regional country, rock, and pop acts. This year, there was a demolition derby, beer garden, farmers market, pig mud wrestling, the sheep wagon arrival, and even a chuckwagon breakfast. The fair also saw major PRCA rodeo events, however the Walker Hayes concert was cancelled due to an inless within the touring party. Fair adult admission is $8; kids are $3; season passes $25. The midway will be provided by Carnival Midway Attractions, which served as the ride purveyor last year as well.

In 2020, the Wyoming State Fair was one of the few national fairs that ran, and fairgoers tired of a long pandemic lockdown responded with an enthusiastic attendance that was socially distanced. Operators were masked, but fair attendees were not required to mask up. Carnival Midway Attractions came all the way from California to run that event; rodeo, carnival, and alcohol sales were all substantially up.

Ahead of the state fair, the Central Wyoming State Fair and rodeo ran July 9 through 17th. Crabtree Amusements provided the midway rides and games. Located in Casper, the fair's 2021 slogan is “Stirrup Some Fun.” Carnival passes are $30 in advance, $35 on site. Along with the carnival, other events include The Voice of Casper talent auditions and battles; an annual sidewalk chalk festival in its 11th year, and a large carnival midway. There were two monster truck events. BBQ, beer, and wine competitions are another popular events. The carnival also offered a free Senior Day.

While there were a wide range of county fairs and rodeo events throughout Wyoming from July to September, several are marking landmarks. In Gilette, Wyo., the Campbell County Fair hit 100 years with an August 4-7 event. The Laramie County Fair, billed as the state's oldest and largest, ran the 4th through the 14th of August, featuring the Hell on Wheels Rodeo, Mutton Busting, Demolition Derby, and a truck and tractor pull event. AdventureQuest events will provide laser tag and a maze; there will be an inflatables zone as well as a wild west comedy show, games, and a major “Ag-Venture” land as well as livestock shows and auctions.

One state away in Utah, the Utah State Fair will be celebrating 150 years this September 9-19th with the slogan “Funtastic.” The Barns, as the large-scale event's livestock area is called, will feature a wide range of animal exhibits from goats to hogs to cattle.  A large carnival operated by Thomas Carnival, and many musical acts are some of the entertainment highlights along with the BBQ and funnel cakes the fair serves up to popular acclaim. The carnival will feature a Century Wheel, Fun Slide, Merry Go Round, Moby Dick, Pharaoh's Fury, Wacky Cowboy Coaster, and fun house among other rides. Musical acts include local and regional favorites such as Jagertown, Deep Red Dirt and Royal Bliss.

Last year, the Utah State Fair, like the Wyoming State Fair, was one of the few that actually ran in September of 2020. Masks, social distancing, and some closed buildings aside, the fair progressed in a “business as usual” fashion including operating many of the carnival rides. Food was served and eaten only in designated areas; this year with attendance expected to reach approximately 300,000, these restrictions will be lifted. The fairgrounds is located in Salt Lake City.

The Utah County Fair in Spanish Fork focuses on the animal exhibits as the 125-year-old event ran August 4-7. The Wasatch County Fair in Heber City featured a wide variety of entertainment including a demolition derby, during the July 30- August 7th fair run. Among other county fairs in Utah, the Summit County Fair took place in August as well, running with free admission from August 6 through 14. A two-day PRCA rodeo event, as well as a carnival from Midway West Amusements with $25 all-day wristbands available, are part of the entertainment draw.  A strong focus on the region's fresh produce extends to the food fair offerings, which include fresh corn on the cob, and hand pulled smoked BBQ. Locally-famous “Spring Chicken Inn” chicken sandwiches, Navajo tacos, and Mexican street tacos with fresh salsa, as well as small-batch site roasting of nuts are all available. 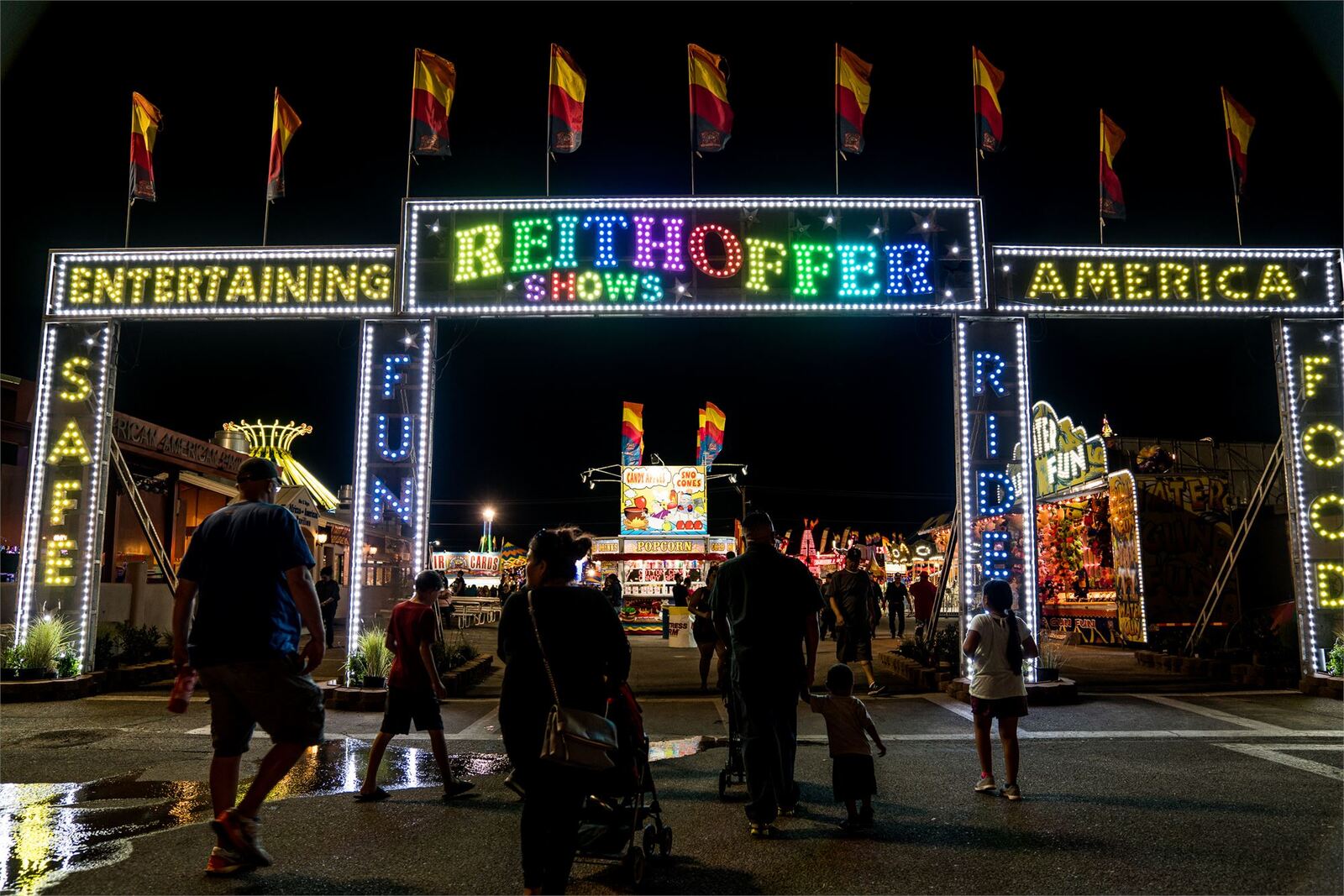 Heading south to New Mexico, the New Mexico State Fair in Albuquerque is ready and set to go full speed ahead this year. Last year's fair operated virtually; this year, offerings are set for September 9 through 19.  The carnival operator will once again be Reithofer Shows.

In Las Cruces, the Southern New Mexico Fair will open September 30 through October 4th with a rodeo, bake sale, and carnival along with agricultural exhibitions. The carnival operator here will be Frazier Shows.

Major county fairs opening in late summer and early fall in New Mexico include the Otero County Fair in Alamogordo, in late September, and the Sierra County Fair in Truth or Consequences, N.M. in early October. The Valencia County Fair, in Belen, runs in August. 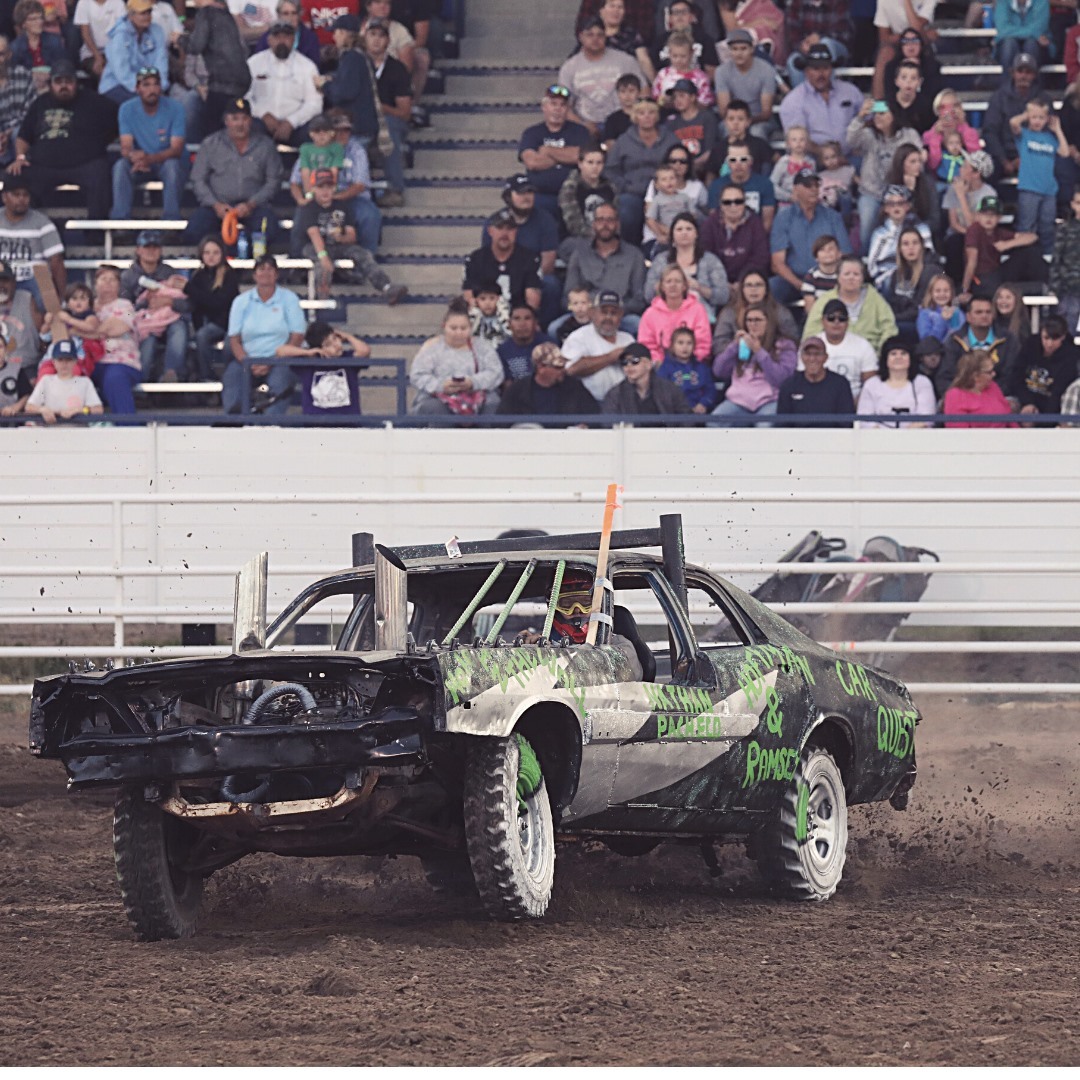 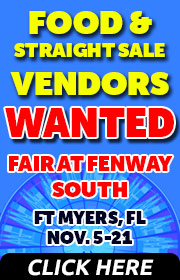