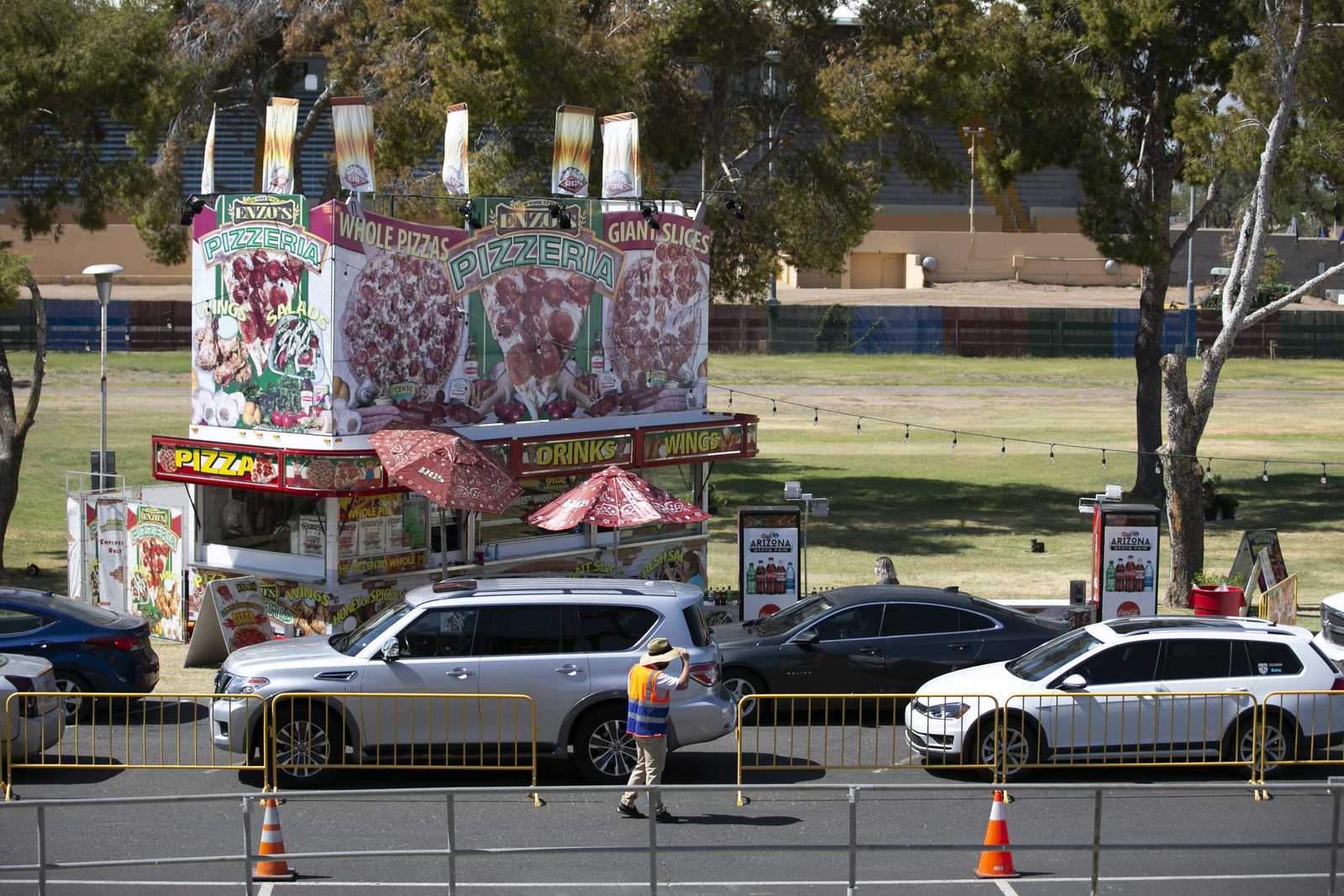 While not the first to do so, they're certainly unlikely to be the last: Arizona extended their drive-through state fair experience, which began September 25th, through October 25th. Like amusement and theme parks, fairs appear to be using iconic and fun foods as one way to stay connected with fair attendees, and to allow at least a small portion of continued revenue.

While most fairs themselves have been shut down or gone virtual, vendors are setting up and some semblance of fairs and festivals is finding success nationwide. Some 36 states plus the District of Columbia have found state fairs and major festivals shut-down, but drive-throughs and dining are still going on. 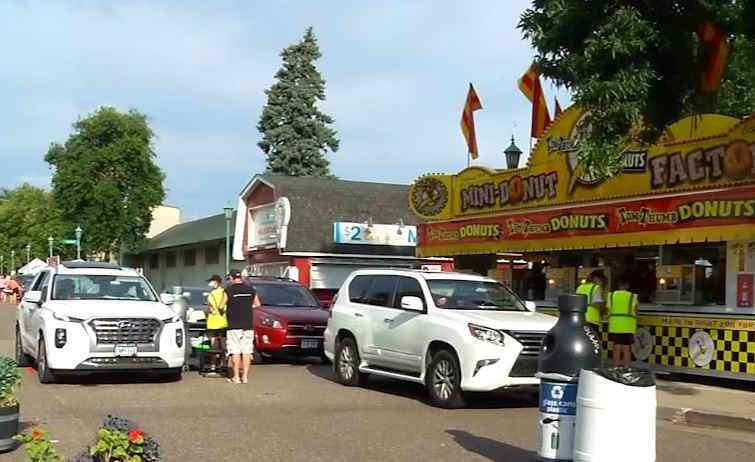 The Minnesota State Fair is one that has successfully utilized this model. Along with a drive through option – a 1.5-mile route through 322 acres of fairground near Minneapolis, there's a new business out of Minnetonka, Minn. called State Fair to Go that ships each $59.95 box of state fair food within the U.S. Shipping is free within the state itself, and each box holds six fair food favorites from Sweet Martha's Cookies to corn dogs and fries. The same company is shipping a $64.95 box of food items from the State Fair of Texas.

At the real-life Minnesota fair drive through, dubbed the first Minnesota State Fair Food Parade, for the last two weekends of August and the first week in September,16 different food vendors offered popular fare such as cheese on a stick, cheese curds, fried Oreos, chocolate chip cookies and buckets and turkey legs to those driving through the experience. While the experience is much smaller than the usual 300-some food vendors, the event was a foodie's success.

A similar drive-through event was held in Western Massachusetts at The Eastern States Exhibition, a September fair that was cancelled due to the pandemic. Chompers and deep fried Oreos were special favorites. While this celebration was also deemed a success, the return was much lower than the usual fair take.

Still, fairs must do something to survive. While some states provide assistance to canceled fairs, many do not. Along with drive-through food events like these, there are events popping up across the country such as junior livestock shows held on multiple weekends to assist with social distancing in Iowa. The Delaware County Fair in eastern Iowa raised more than $30,000 at an auction in support of a youth livestock show, according to fair manager Jeannie Domeyer, who has ear-marked the earnings for needed repairs on the fair campus. 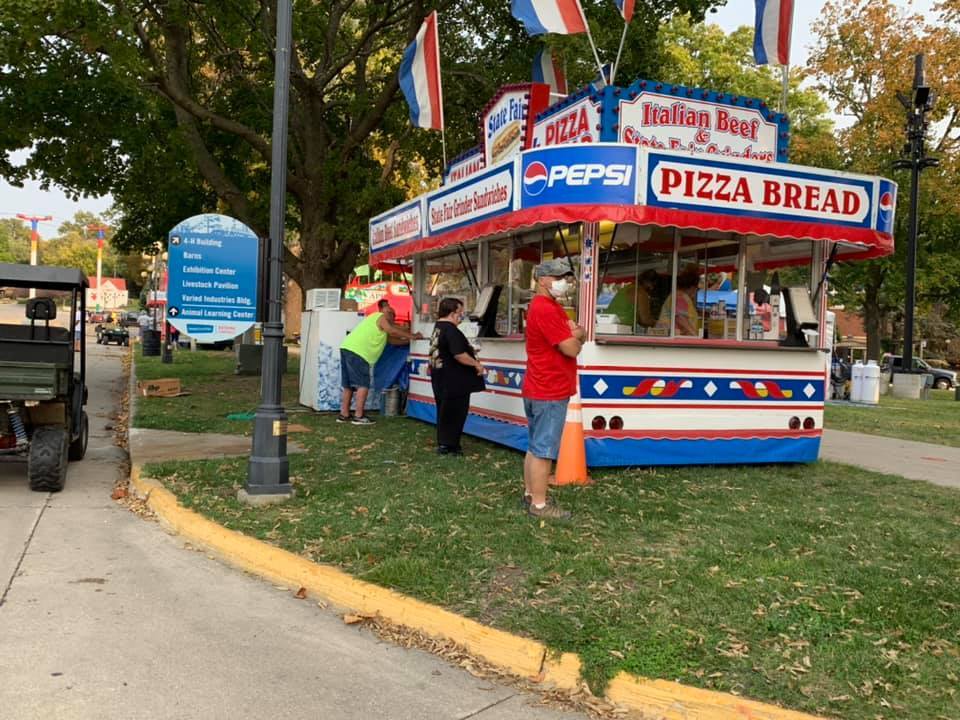 Also in Iowa, 20 vendors on 75-foot areas offered food for ordering, with attendees taking the treats back to their car. This event drew 30,000 diners, and will also be held on the first weekend in October. One concessionaire started up Fair Food Fridays on front lawns, and bought a food truck, serving up everything from ribbon potatoes to jumbo tenderloins, attracting lines of cars over a spread of eleven different Fridays.

In the Lone Star State, a $100 food package included food fare such as drinks, French Fries Fletcher's Original Corny Dogs, cotton candy, fried Oreos, kettle corn, plus two midway game prizes and a photo op with a mask wearing mascot named Big Tex. Photos at 8 different mascot stations were sent to users' phones. The event took place from the end of September to mid-October, running weekends only with pre-sold tickets and three entry windows. The 45 to 90-minute food and fun route also had a projected one to two-hour entry line. 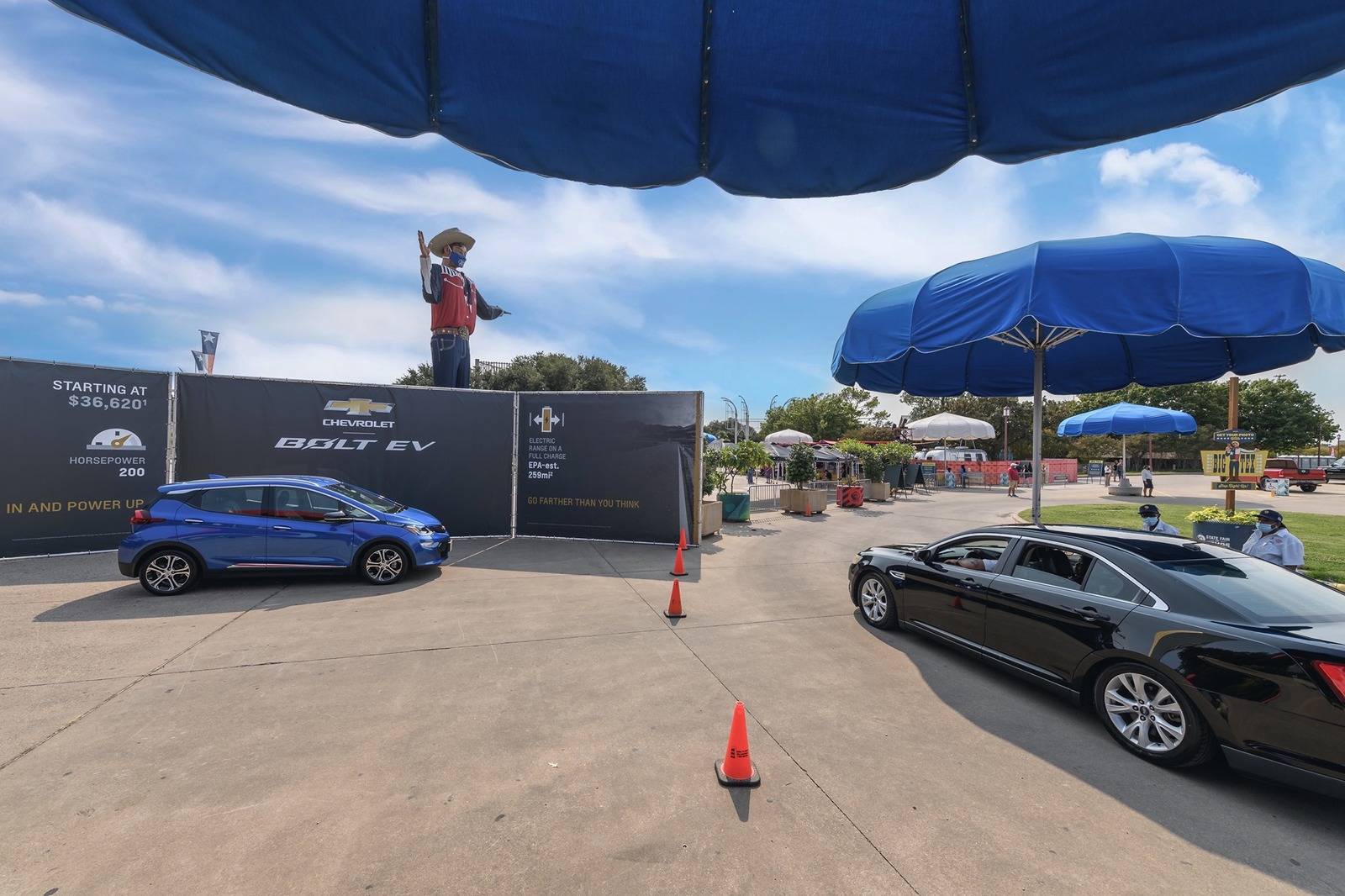 In Orange County, Calif., the Orange County Fairgrounds held a drive-in dining event as well, the Fair Food Drive-Thru. Hours were 11 a.m. to 7 p.m. Friday and Saturday, and until 6 p.m. on Sunday through October 25th at the fairgrounds. Vendors included JPs Old West Cinnamon Rolls, Pink's Hot Dogs, Fried A Fair, and Funnel Cakes among others. There was no admission fee for this event; mask wearing was required and attendees had to stay in their cars – food was to-go only, there was no parking to dine on-site. This year California allocated $40.3 million so that the state-affiliated fairs, lacking reserves, can afford to keep going.

A U.S. House of Representatives bill was introduced by California Democratic Rep. Josh Harder, asking for $5 billion to create a new emergency grant program to help offset state and local fair losses. Aid could be applied for by the state directly through the U.S. Department of Agriculture for distribution to fairs.

After all, the overall economic activity from U.S. fairs is about $4.7 billion, including money that is generated on the fairgrounds for non-fair events; cancellation of these fairs and events is a huge loss, according to the International Association of Fairs and Expositions located in Springfield, Missouri.

According to Sarah Cummings, CEO of the Western Fairs Association, “As an industry, we were already operating on a shoestring, bare-bones budget, and now these fair businesses are being asked to stay alive with no ability to generate any revenue,” she reports.

Back to Arizona: there are no tricks to these October fair treats. Drive-through guests can devour fair food such as Dutchmen's Funnel Cake, where tasty fresh churros and funnel cakes abound. From Enzo's Pizza to Teepee Village Frybread, Corn Shakc seasoned corn on the cob, and everything from kettle corn to cookies and ice cream, turkey legs, and BBQ.

Between food fairs, grants, live-stock auctions, and hopefully, government support, fairs will stay afloat for now, and hopefully carry on bringing agriculture, food, and midway fun to every state – once the pandemic restrictions have passed.