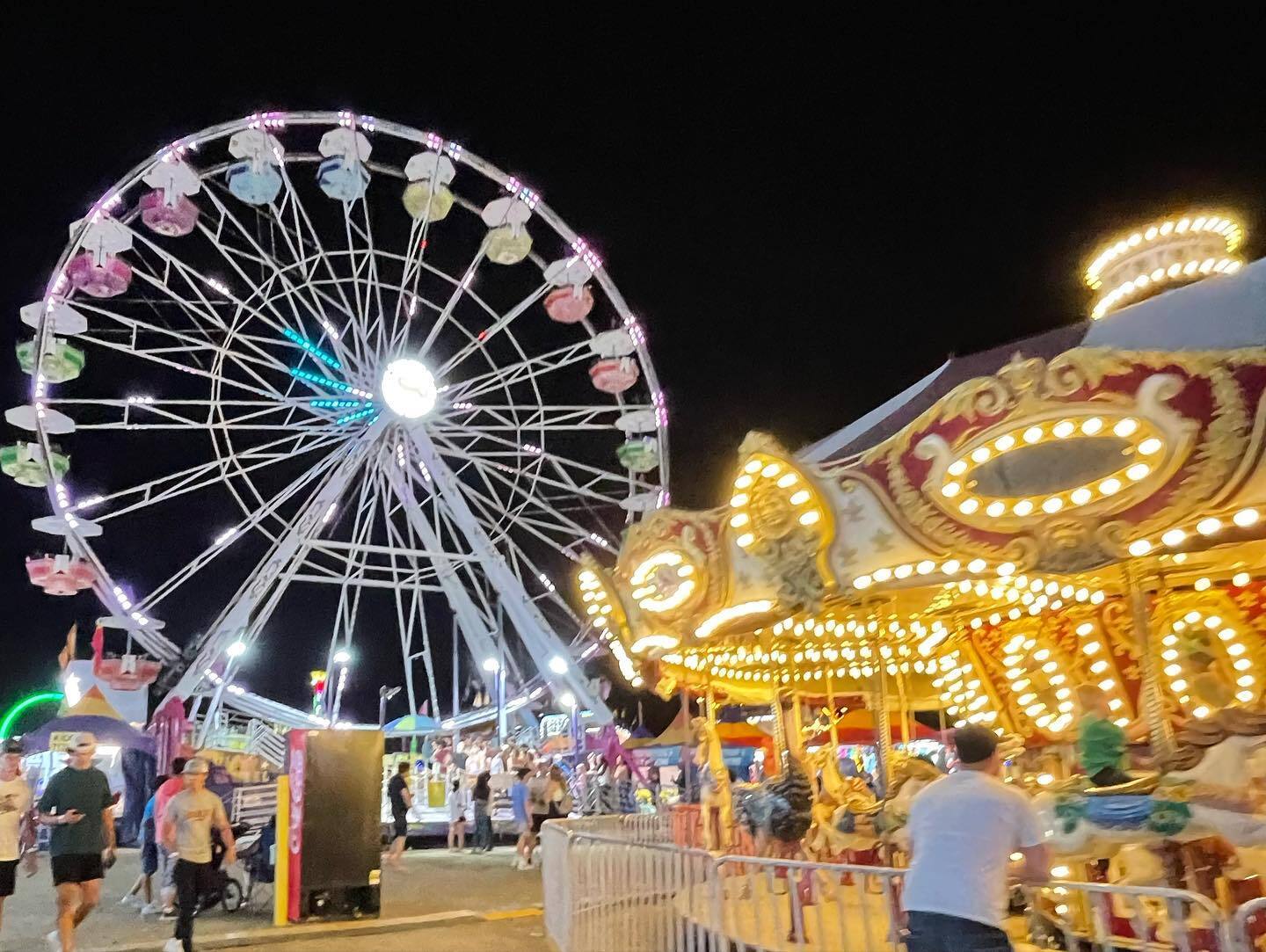 North Dakota's Red River Valley Fair set an attendance record for the ten-day event last summer and is planning to keep that stellar record strong for 2023. A whopping 139,097 attendees came to the event, setting a new record, according to fair director of marketing and events Elizabeth Birkemeyer.

Despite high temperatures and some rainy days, the fair added some 2,000 plus guests to its previous years'  attendance. The fair divided its advertising budget between digital media promotion including social media, and a mix of radio, billboards, and newspaper ads.

The carnival, provided by Texas ride purveyor Crabtree Amusements, brought a collection of 38 rides, with 15 of those kiddie rides. There were four food stands and multiple games on the midway. Among the most popular attractions were the Giant Wheel, Ring of Fire, and Genesis. The carnival company was also thrilled by the strong attendance, but owner Pat Crabtree noted that revenue itself was slightly down from the previous year, in part likely due to the weather.

Food sales were also brisk, with some standout items including apple pie egg rolls and steak tacos. A collaboration with local craft breweries drew thirsty attendees with Fargo Brewing Company's exclusive creation of a blueberry blonde ale with the moniker of Fair Beer. 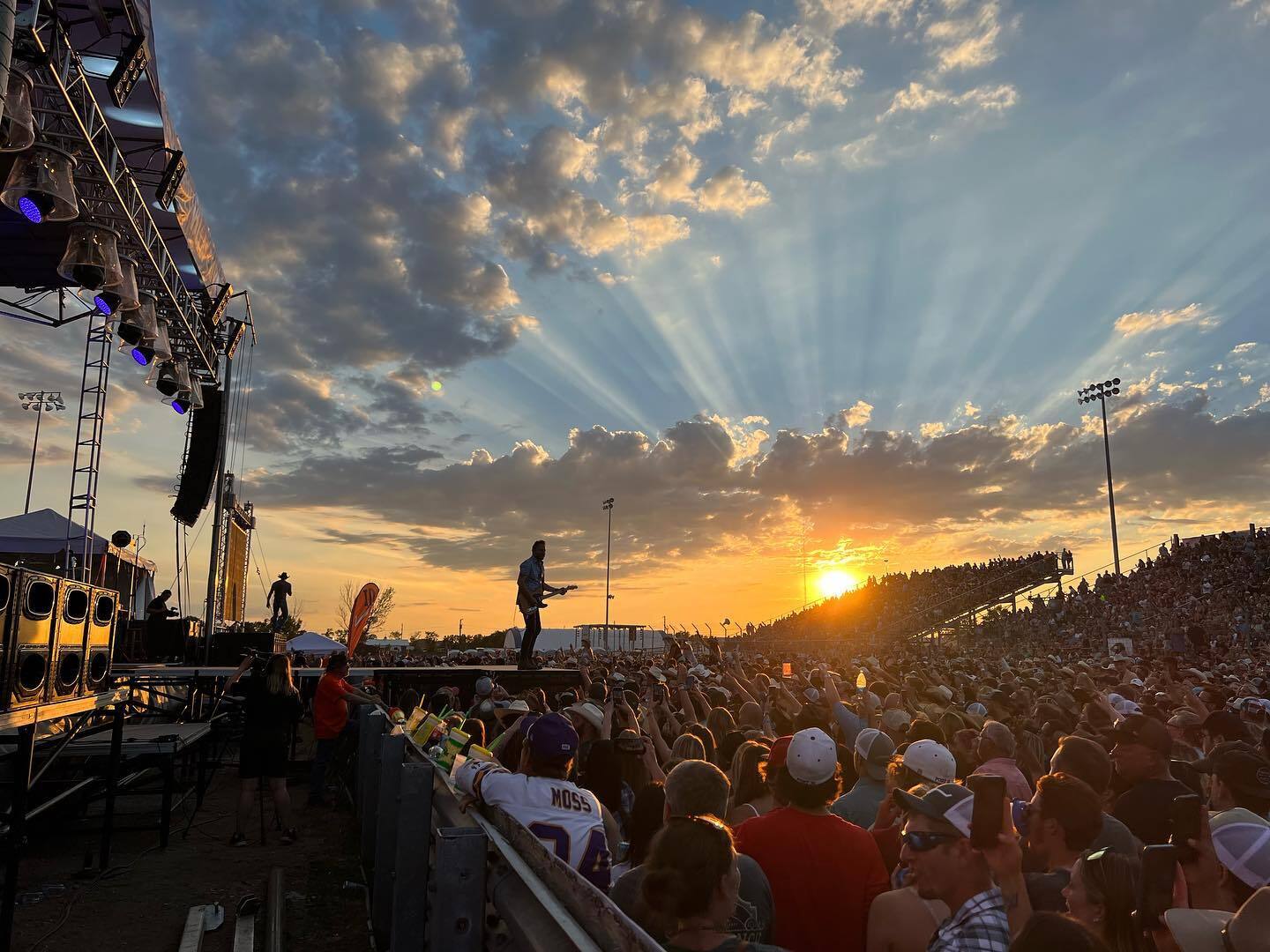 Entertainment  drew rave reviews from guests with the Swifty Swine pig races, a STEM center for kids, and a Tiger Encounter among the attractions. Grandstand entertainment featured national name acts such as Tim McGraw, Neal McCoy, and Jason Derulo.

For 2023, plans are in place to bring a new kind of act to the fair, a never-before-included stand-up comedy show. A children's show is also in the works, as the Red River Valley Fair association is seeking to make the fair venue a major destination for families. July 7 through 16 are the dates for the 2023 fair, with grandstand tickets for Dan + Shay already on sale for advance purchase. A VIP Grand Champion Experience will be newly available for the concert, and priced at $299.  The VIP Experience includes early entry, elevated seating near the stage, private and climate-controlled restrooms, a private cash bar, catered food, and exclusive access to the parking lot that will be closest to the Grandstand, as well as Red River Valley Fair merchandise items.

This year a Mega Ride pass will also be available, and allow fair attendees to get unlimited rides for all ten carnival days for $120. Daily ride passes are currently discounted from $40 to $30. $40 will be the gate price this year. Regular gate admission will be $15, with kids and seniors priced at $8. 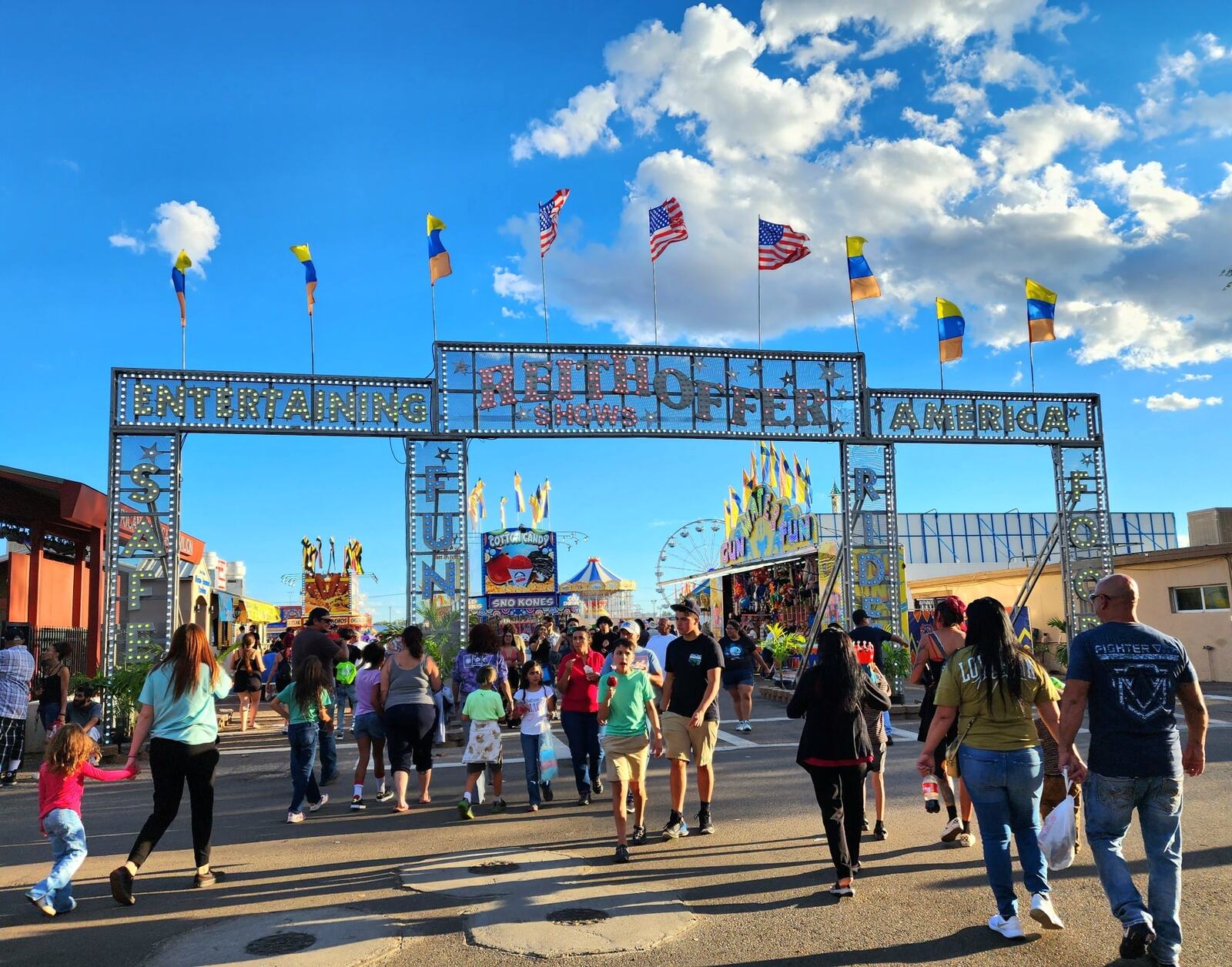 Moving to the Southwest, the New Mexico State Fair attendance rose to 475,318, the third highest number of attendees since 2012, when the fair went to an eleven-day event. According to the fair's general manager Dan Mourning, fair officials couldn't be happier. “We saw a level of enthusiasm for the fair that frankly, we've missed, and it was so great to see all of the families, exhibitors, and talent return to the fair in such a big way.” He added that numbers weren't the only thing that showed the fair's success, it was how long people stayed at the fair. People stayed six hours or more, with food court vendors still selling as late as 11:30 p.m.

Admission was $15, with kids and seniors priced at $8.

With pandemic restrictions lifted, the 4-H and FFA exhibitors returned to fair this year, providing fair-goers with livestock shows as well as a Junior Livestock sale, allowing 431 exhibitors out of 2,000 entries to the fair. A sea lion show, rattlesnake exhibit, and petting zoo added more animal – and reptile – panache.

2022 was also significant as the fair's first year in partnership with presenting sponsor, Chevron.
The new Chevron Pavilion provided fairgoers with a new location for food, drinks, and entertainment, one that proved popular with the crowd. 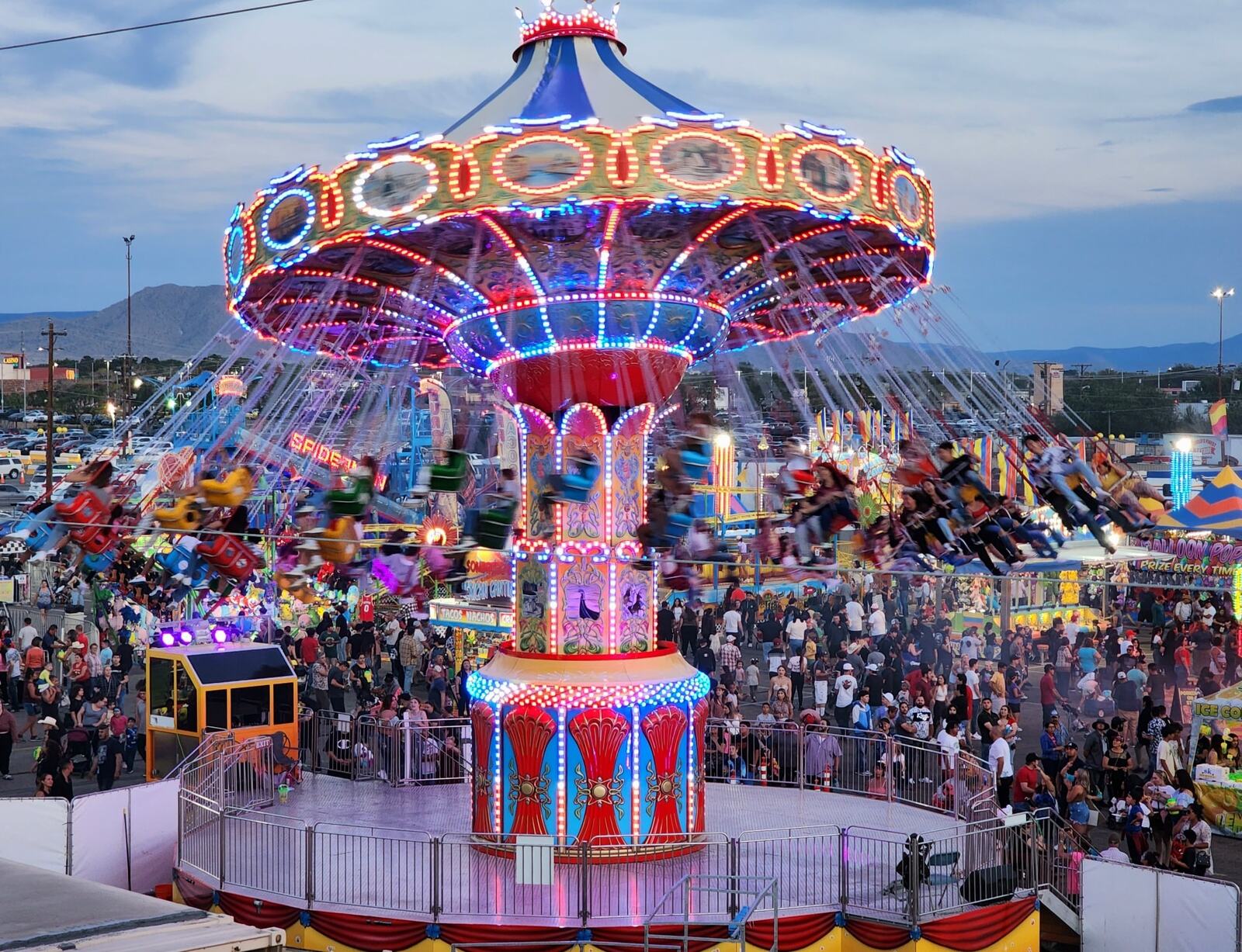 Other firsts for this year's fair included a Discovering Cannabis exhibition that was a successful draw for many in the crowd. Educationally designed, and with admission limited to guests over-21, the attraction was sponsored by a local company, Verdes Cannabis. Over 50,000 fair attendees visited it, despite the age limit.

Discounted days for public workers, and the fair's annual Dollar Day enticed more guests to the fairgrounds. So too did the musical acts, performing at Tingley Coliseum. Three of the concerts were sold out.

The carnival was a big hit, with rides provided by Florida-based Reithoffer Shows. The sky lift and Ferris Wheel were among the most popular rides for families.

Drink choices included a new cocktail from Tumbleroot Brewery & Distillery in Santa Fe, Strawberry Lemonade with Vodka. And along with a wide range of food choices at the fair, the Green Chile Cheeseburger Challenge returned, with restaurants statewide competing to be crowned champion. Mini donuts and corn in a cup were big hits this year, too.

Next year's fair dates have been announced as September 7 through 17, 2023. The fair will include a Main Street themed parade, car show, and rodeo along with the carnival and musical entertainment.