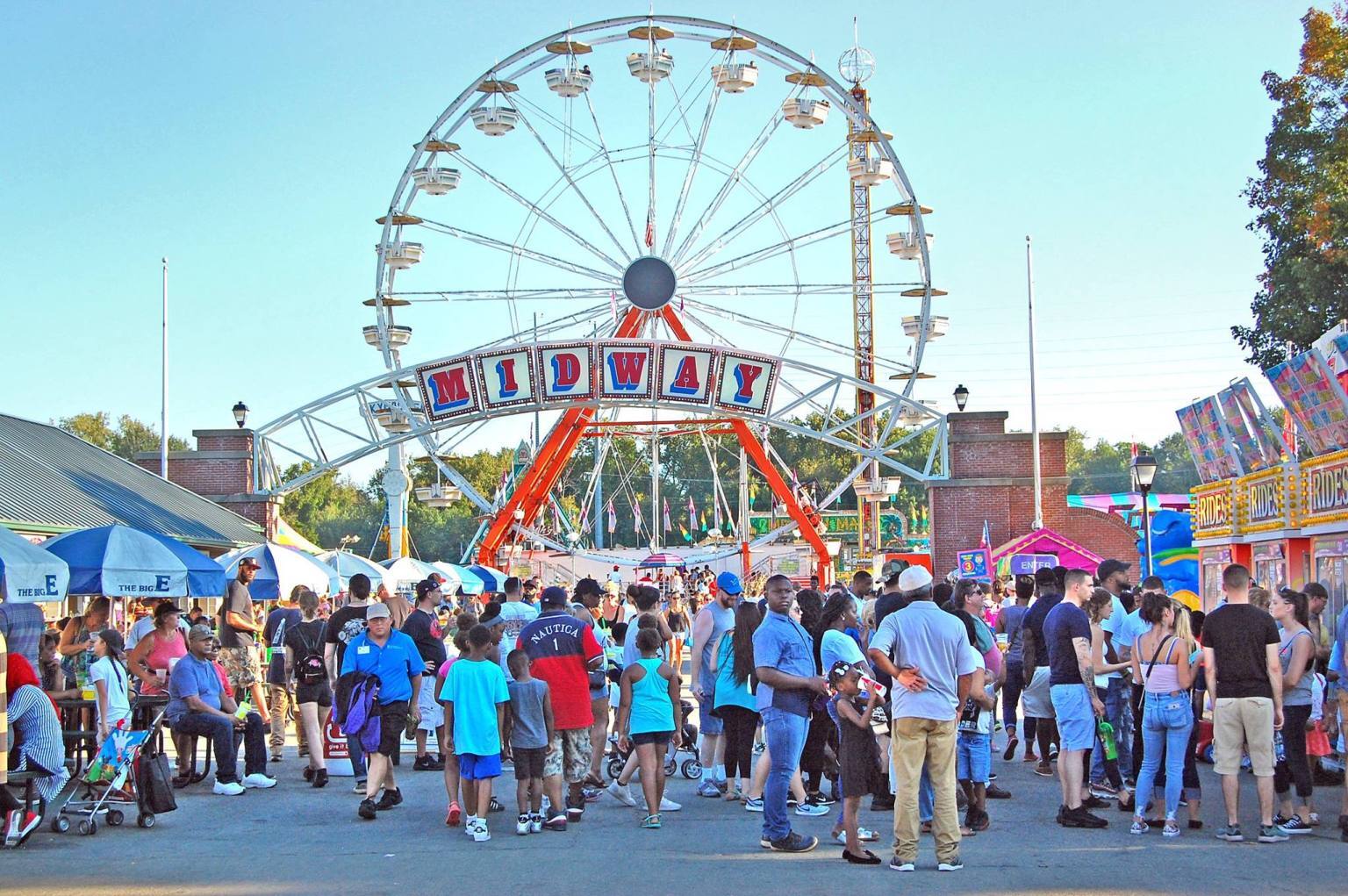 The Eastern States Expo 2021 attendance may not have set new records, but turnout stayed well within the winning streak this New England tradition has sustained in recent years. A significant accomplishment especially considering that official guidance for the 2021 fair was inconclusive for much of the year.

The Big E welcomed 1,498,774, a dip of 131,000 people, or about 8 percent, compared to the 2019 pre-pandemic fair. Still, that makes 2021 the 4th largest Eastern States Expo – the top three record holding fairs were in 2017, 2018, 2019 – thus, sustaining an upwards trajectory. In addition, this year's edition of the 17-days celebration of agriculture, Americana and community did set a new aggregate record, three of the days had record attendance, surprising many, not the least of whom being Eugene J. Cassidy, President/CEO.

“I did not anticipate the crowds we had,” he admitted. “I expected there to be a general sense of reserve. However, we opened strong. And on the first Monday, we set an attendance record. I suspect that some people stayed away on the weekend and planned for their Monday attendance. It was a significant day! The weather was with us and we set another attendance record on the middle Sunday. Folks came out to see Don McLean on our free stage. That was a sight I'll not forget. A great American songwriter, and three generations of fans!” 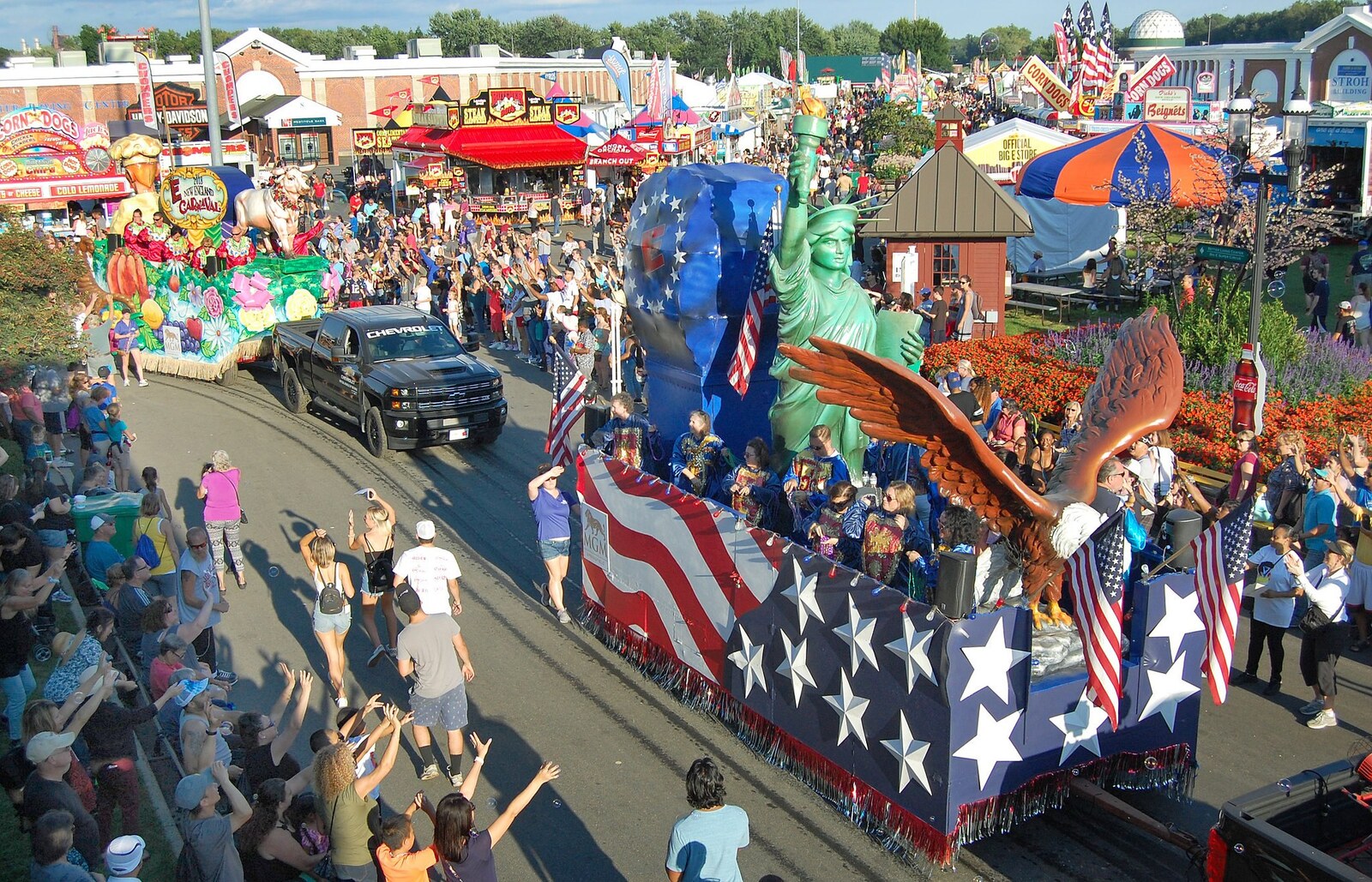 The closing weekend also had a record day, which is the usual attendance pattern for The Big E. “The final Saturday was remarkable,” he continued. “We recorded our biggest single day attendance ever. In our history the middle Saturday has been the day that has captured that record, so to have the record fall on the final weekend is an oddity. Perhaps with the prediction of rain for the following day, Sunday, people braced themselves for the large crowds and set the new record on the final Saturday.”

An impressive turnout, especially considering the fair lost about five days to rain, including the closing Sunday.  It wasoth a relief and justification for the extra hours and spiking stress levels leading preceding opening day. A key impediment was government health officials' unwillingness to clarify if , then when and how the show could on, changing what protocols would be enforced throughout the process – an indoor mask mandate was reinstated at the fair.

“We never actually had a “green light,” said Cassidy. “We simply pressed forward, trying to influence our own outcomes. The two year delay was a curse not a blessing. All of our plans for 2020 were dashed, and while we were able to carry-forward a fair amount of our entertainment, the insecurity as we approached 2021 caused tremendous stress. Nothing was easy.”

But, cooperation between the fair and its many partners at least made the goal of a fair achievable. Most significantly was the diverse musical lineup, equal to nearly any 2021 music festival in the region. “Having entertainers work with us, committing to 2021 was wonderful. They were terrific, and I have a newfound respect for many of them. MGK, Billy Idol, Pat Benatar and STYX all agreed to carry-over from 2020,” he said. “The four that I mentioned were incredible but so too was A Day to Remember, FloRida had an incredible audience connection, Big Bad Voodoo Daddy packed the place and so did The Outlaws, 10,000 Maniacs, and Exile.” 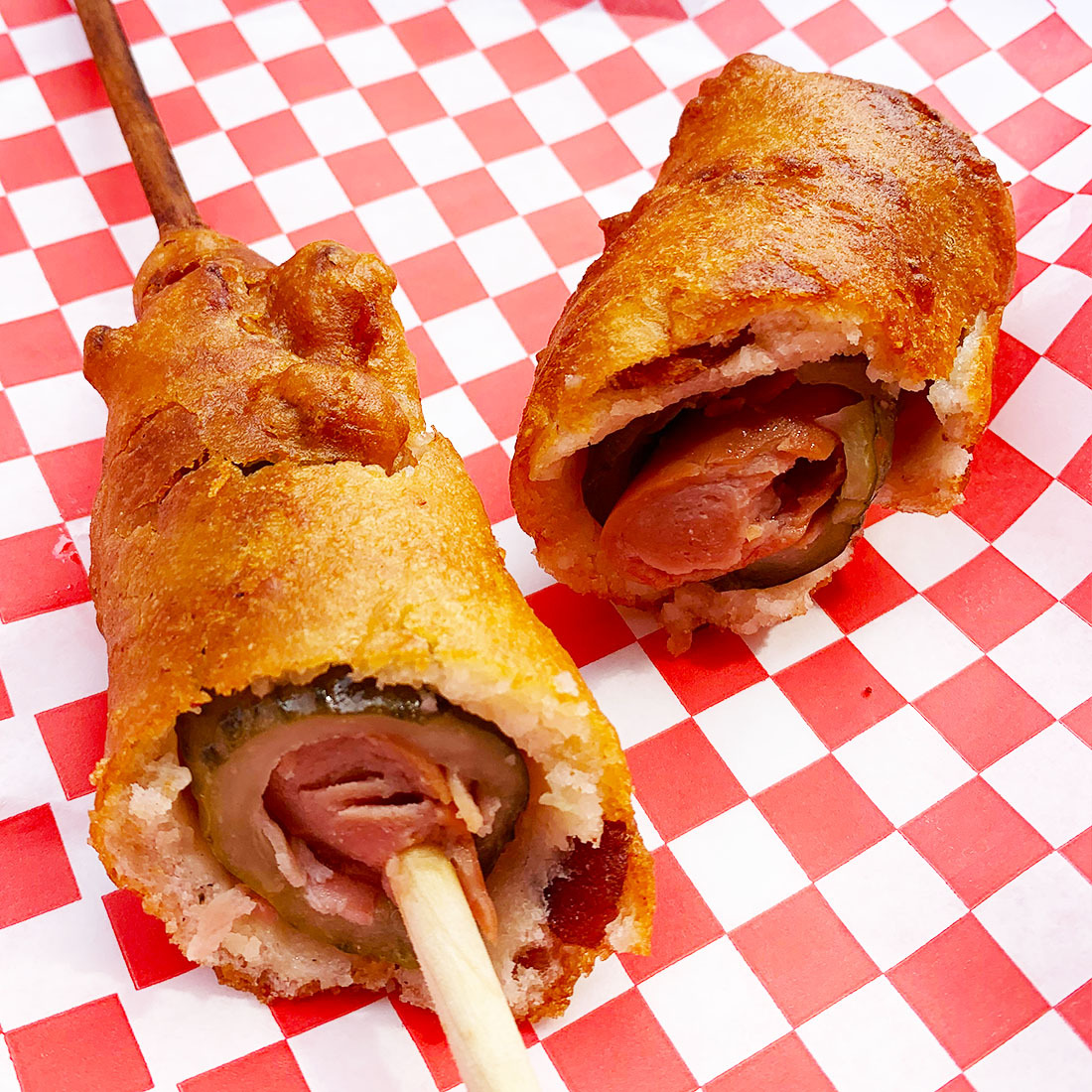 Rolling over food and vendor contracts from last year to this proved much more problematic. “The contracting process had to be started from scratch,” he said. “Some vendors suffered a tremendous financial hit by the pandemic, they couldn't recover from it. Our business partners found little to no support during the past 18 months. There were no PPP or other programs for them. I suspect our industry will take longer to recover from the pandemic because of that.”

The fair had about 5 percent fewer food vendors, yet the Food & Beverage business was brisk. “We intentionally did not fill every space because we didn't know if we would have to create space on the property. However, sales were up. The F&B spend was approximately $21million in 17 days.”

Spending was high across the board, with customer demand overcoming 2021 price increases, especially prevalent for fair cuisine. “Spending was way up,” he said. “Exhibitors all reported that they were satisfied with buyers, and the concession percentages were up above whatever price increases there were. And there were increases, as sourcing food was difficult and more expensive this year. Beer and wine sales were markedly increased and the midway was up with no price increase by 14 percent.” 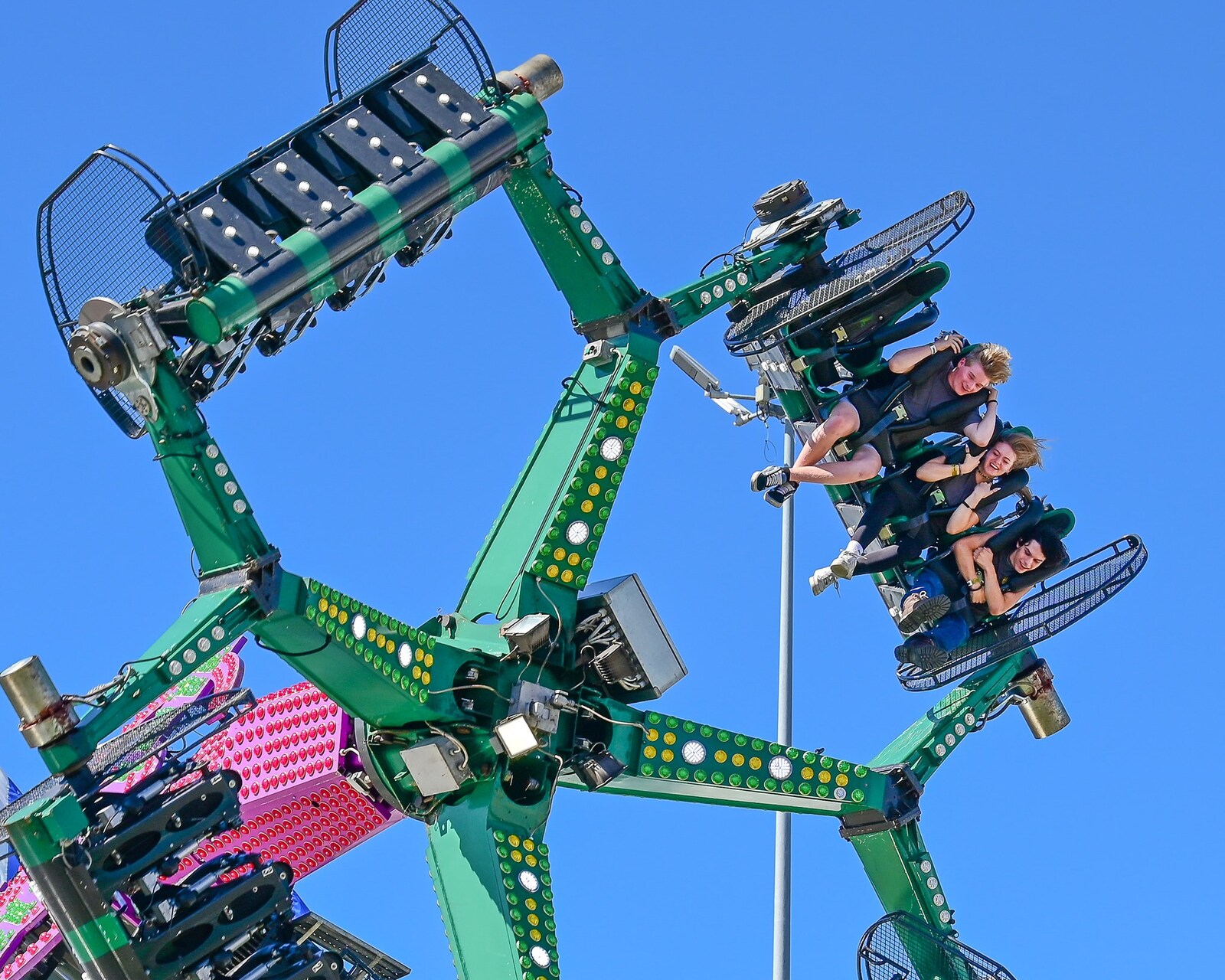 North American Midway Entertainment (NAME) provided the midway, which showcased 48 rides, down a few due to labor shortages and fair organizers wanting to have more open air spaces in the midway, with rides and stands spaced further apart to encourage social distancing. According to Lynda Franc, Corporate Marketing Director, the new layout was also conducive to the 2021 ride selection. “We brought in a few new rides which required a bigger footprint,” she said. “We like to be able to offer a certain level of variety, especially for people who come back year after year. We'll always have the favorites like the Giant Wheel and the Scooters, but it is also nice to introduce the crowds to something new.”

“There was an indoor mask mandate which meant that any of our staff working inside of enclosed food booths wore masks to ensure the safety protocols were in line with the local health authorities expectations,” said Franc. “The thing is, we've been fortunate to have played quite a few shows this year so we have the infrastructure built in to be flexible and adapt based on the local health requirements.

Better than expected attendance and per-cap spending sound impressive in the abstract, but the facts-on-the-midway show they're the result of happy fairgoers having fun, making memories and extending their stay at the annual fair. “On the midway, we saw that people were excited to be back and enjoy their favorite rides that they've missed over the last couple of years. All in all, we saw a fantastic turnout and we couldn't be happier. The attitude among fairgoers was positive across the board! We've seen this in all of our stops where people are grateful to be out and about doing something fun and we're just happy to be able to provide that fun for them.”

She added, “We've been playing the Big E for over 10 years now and we love what they are doing from start to finish!”

Twenty five days after the opening day of The Big E, Cassidy reported “at this point we have not been informed that our event was the source of (Coronavirus) infections.”

The pandemic realities have given a new perspective to this fair manager. Like many fairs, the Big E tapped out reserves and took out loans to survive nearly two years of lost revenue. Cassidy has been candid about the economic impact of the global crisis and on the fair and the communities it serves. But, even this dark cloud has a silver lining, if fairs seize the opportunity to communicate to the public and politicians the vital role a fair fills in in the economy.

“Like every fair, we have a material impact on our regional economy, measured by a world-class economic modeling firm REMI, our impact exceeds $681,000,000,” Cassidy explained. “COVID put us on the ropes, and if we failed, there is no possible way that any individual or group or government agency would have been able to back-fill the economic loss our region experienced. For this reason, every fair in America and beyond should be finding a way to measure its impact on their respective community. I would estimate the combined impact of fairs on the American economy at more than $100 billion. As an industry, we should be actively determining our impact.”

He added, “We advance ‘good' in society along with a fantastic amount of economic horsepower, and we are much too quiet about it.” 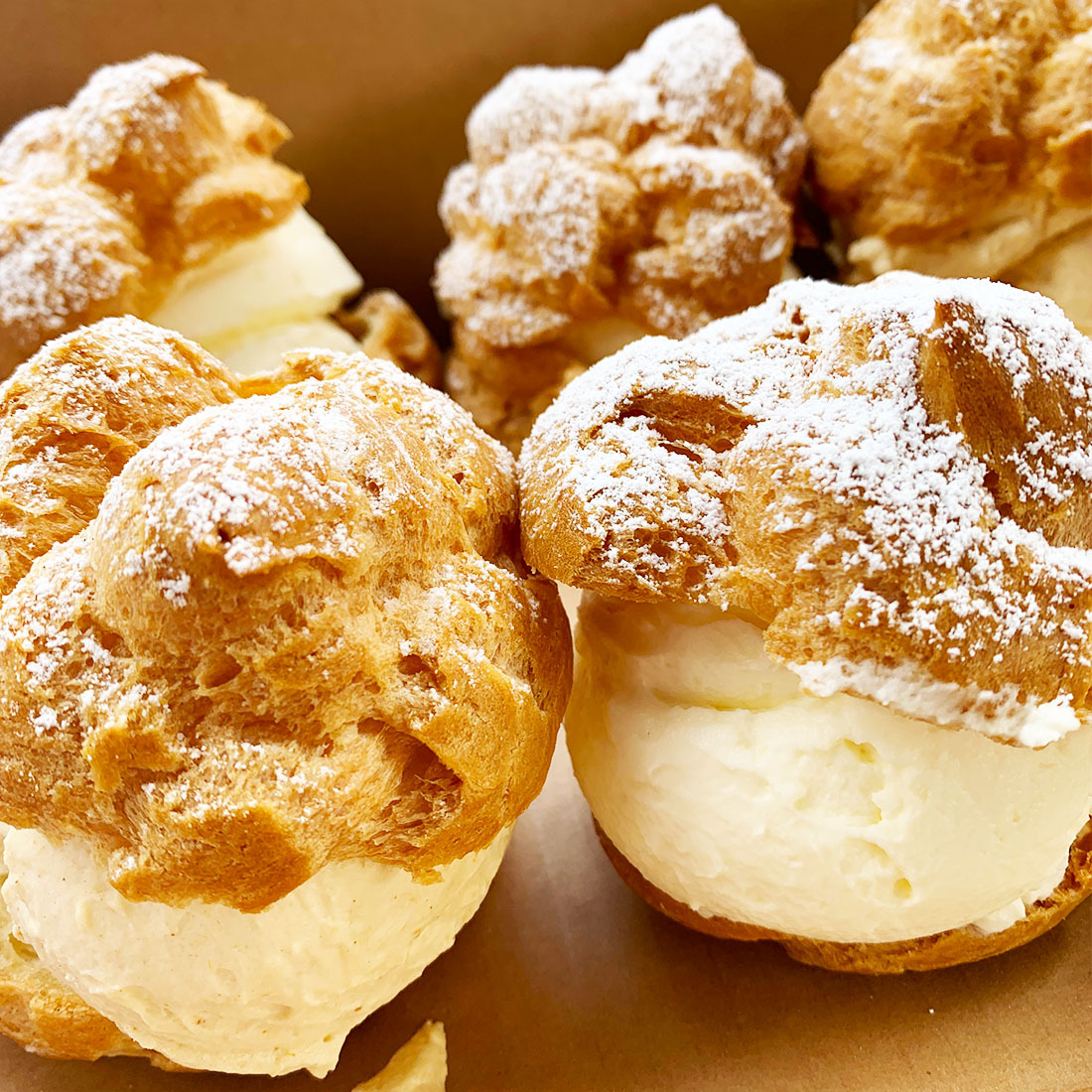 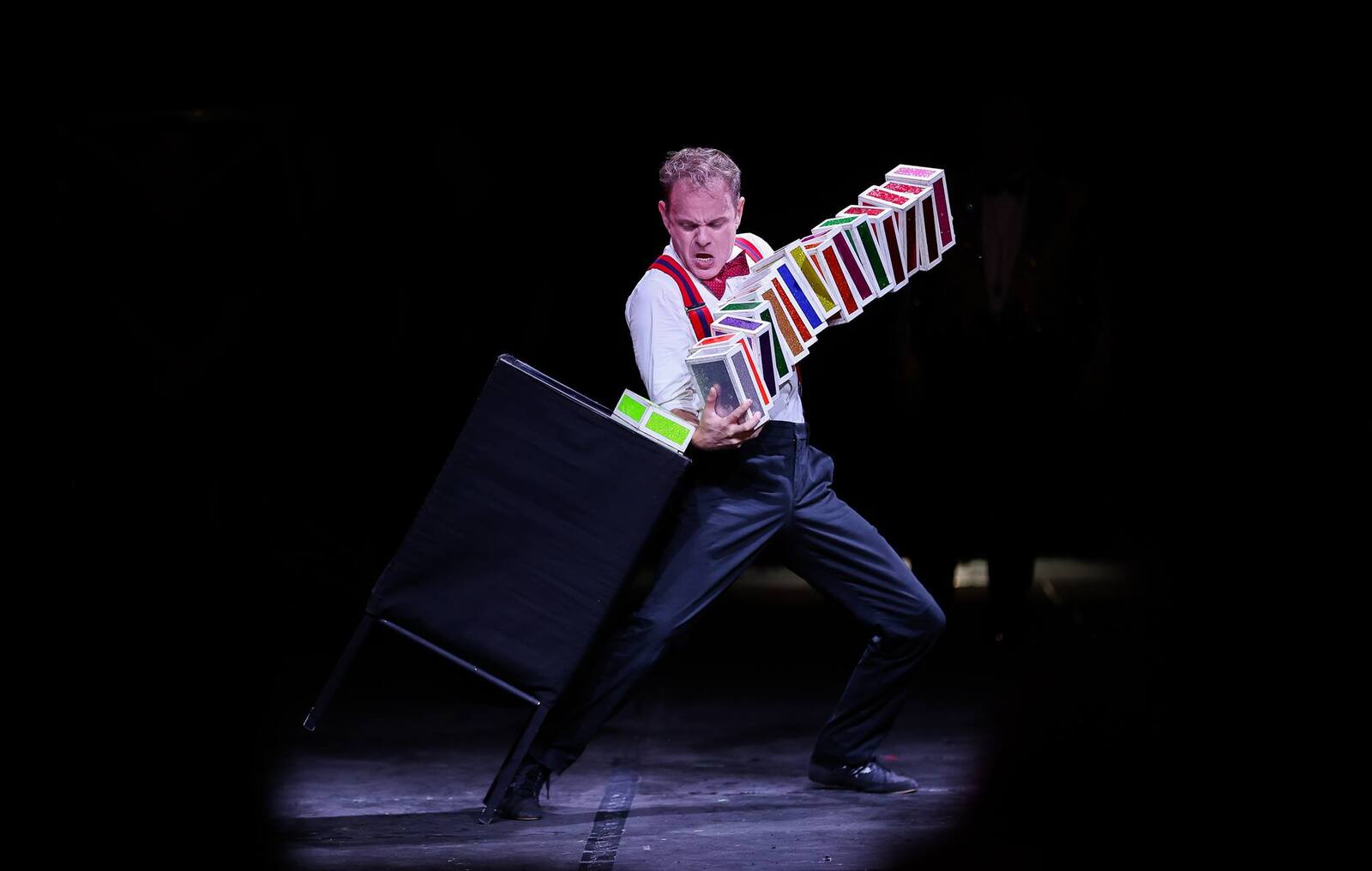