Effective Plans, Safe Events: Few if Any COVID Cases Traced Back to Fairs 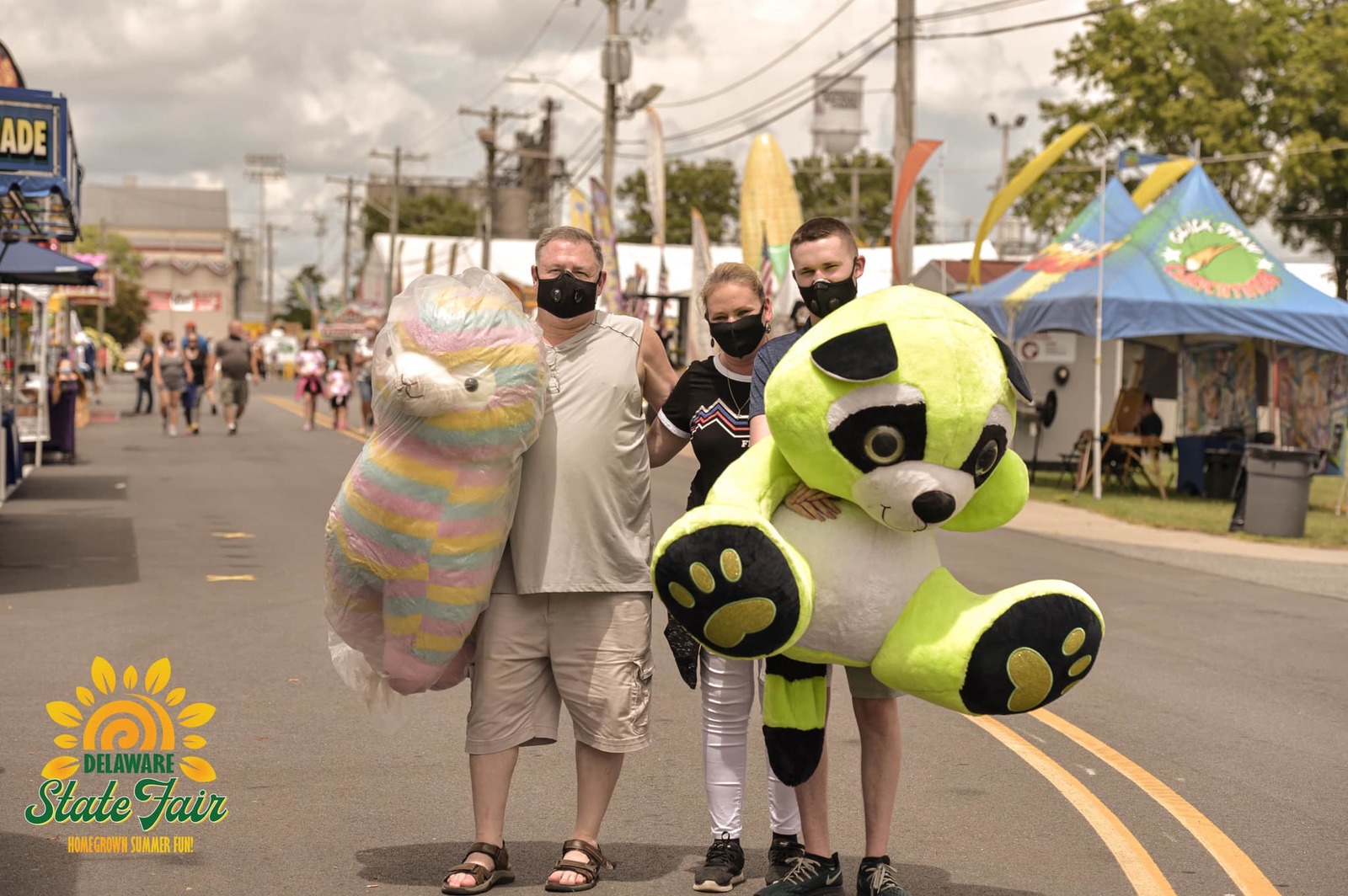 Are fairs super-spreader events or can they be made as safe as a supermarket, Walmart or any other essential or nonessential business? The vast majority of 2020 fairs were cancelled, but the few that were held seem to suggest that attending fair could be as safe as going to the store.

Even as a vaccine is approved and distributed, the likelihood is that for at least the first quarter of 2021, fairs will have to follow CDC-guidelines, including operating at lower capacities and implementing social distancing, masking mandates, sanitizing protocols and other measure. Every fair that was held had to design and implement a detailed plan that had to be approved by governmental authorities and health officials.

RELATED STORY:  Three of Florida's Largest Fairs are Scheduled to return in 2021

If the fairs were safe, then the industry has a roadmap towards recovery. In an informal survey, Carnival Warehouse touched based with organizers of 2020 fairs, asking them the crucial post-fair question, were there any spikes in coronavirus cases following the fair, and how many if any coronavirus cases had been traced back to the event?

The information may be scant, but is nonetheless indicative. Fairs that were held report either no cases, or minimal, at most, tracing that implicated the fair.  Justifiable conclusions could be that the comprehensive plans the industry developed achieved their objectives or the virus is difficult to spread outdoors at an event where people do not spend long periods of time near the same person.

For example, the Alabama State Fair, held in September and the Georgia State Fair, held in October, showed that a safe fair plan can be successfully implemented. Mark Lovell, president of Universal Fairs, the event production company responsible for both events, said that county health authorities in Alabama had one COVID case, but “admitted they didn't have any proof they contracted it at the fair, it could have been before, during or after the fair. In Georgia there was no spike in that county at all, no cases that could be connected to the fair.”

Lovell utilized similar plans for both fairs, placing an emphasis on customer communication as well as a full range of social distancing measures and protocols. “We take everyone's temperatures, give out free masks, encourage people not to come if they have tested positive or feel at risk.  We feel the patrons should have personal responsibility.”

If the goal was to prove that the fairs could be as safe as shopping, then Lovell feels that has been achieved. “We're safer than a supermarket. We have way more signage and way more people monitoring. People will drop their guard and be complacent unless you give them a constant reminder. Also, people don't go to the grocery store in large family groups, everyone is near a stranger. Families that have been quarantined together come to the fair and they stay in their group and they are socially distanced from other groups.”

At the very least, the fairs held avoided the Ohio scenario, where accusations by local health departments that 19 people contracted coronavirus were connected to the Pickaway County Fair on June 20th, one of the first fairs held post-shutdown. The report was disputed by fair officials, who argued that the tracing did not show prove the cases were contracted at the fair, they pointed out the fact that several of the people with positive tests also attended church together. The health report also cited inconsistent masking, limited social distancing and a lack of hand sanitizers.

The Ohio fair industry – including fairs, carnival companies, entertainment acts and vendors – even staged a protest at the state capitol. But to little avail, there would be no full fairs in the Buckeye State. The Ohio Governor issued a full fair ban, mandating that only Junior Fairs with only agricultural related events could be held this year.

Trying to get an accurate tally of exactly how many fairs were held after the mid-March outbreak and the subsequent lockdowns and shelter-in-place orders is not an easy task. The International Association of Fairs & Exposition (IAFE) has 23 members who held post-March fairs this year, and there seems to be more than a dozen non-member fairs that had some form of fair, while scores of others held alternative events, like a drive-thru Food event or only F-H and FFA programming.

Marla J. Calico, President & CEO, IAFE, has closely monitored COVID spikes, obviously focused on the IAFE member fairs. Those 23 fairs – which began in July with the Delaware State Fair and went into October, but excludes the Pensacola Interstate Fair and the Greater Gulf State Fair, whose spike and tracing reports were unavailable at press time.

“We cannot see any reports from public health of disease incidence rising after the fair in the region,” said Calico, who is preparing a full report on the issue that she anticipates will be available before the end of the year.

“The only stories I saw in media involved Pickaway County Fair and that fair is not a member, so I've not contacted them to delve into it,” she said. “The 23 fairs isn't a huge amount nor likely statistically relevant, however, they were held in different parts of the US and it is apparent they went on safely.” 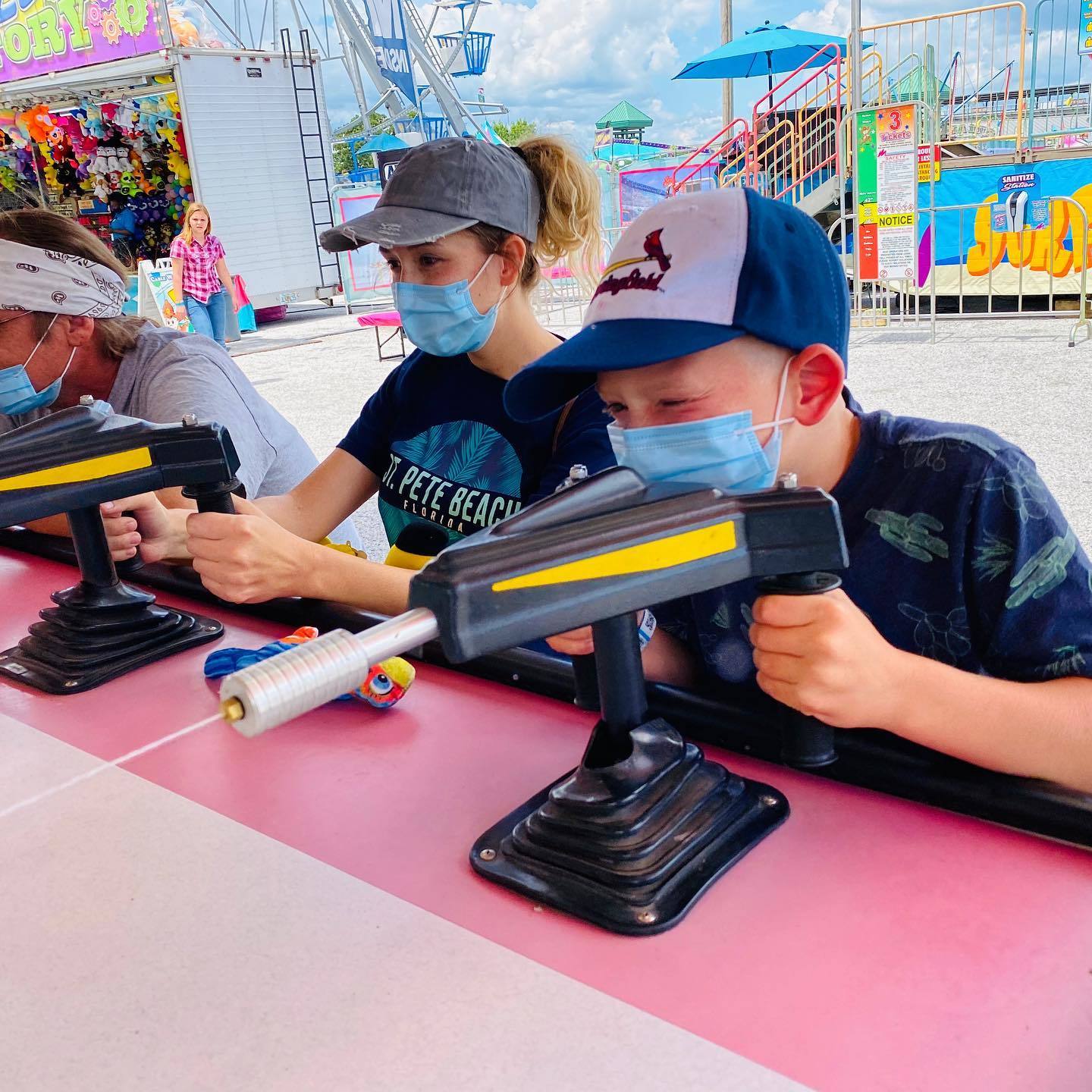 One of the first fairs to be held as states slowly emerged out of the lockdown, and one of the highest profile fairs to be held in the last half of 2020, was the Delaware State Fair. According to Danny Aguilar, Assistant General Manager, Delaware State Fair, of the 318 COVID cases that were reported in Kent County after the fair, “only one case was associated with the fair, and this was two weeks after the fair, and it wasn't conclusive the fair was the source of infection because the person had gone to other places.”

“We had the ability to show that our industry has a proven model for an outdoor event where people can feel comfortable, and safe,” said Aguilar. “The modifications we made can be adapted for fairs as well as other fairground rentals.”

The Delaware State Fair was held in July, and the other high-profile state fair, the Wyoming State Fair, soon followed in August. According to Courtny Conkle, General Manager, Wyoming State Fair, within the 30 days period following the fair, state health officials did contact tracing on cases and found “zero traces to the fair. The lab confirmed that there was actually a decline in cases, but that was just a statistical anomaly.”

“We put a lot of work into the taking all the precautions and making a state fair and the fact there were no cases is a better than official recognition of the work we did,” said Conkle. “We were very mindful of what opening the fair meant to the industry, and hope the fair industry will lead the way when the country is ready to open up again.”

Mark Campbell, Fairgrounds  Manager, North West Montana Fair & Rodeo, began working with the health department in March to ensure the fair went forward, although final approval of the plan did not come until July for the August 19-23 event. The fair was severely downsized, eliminating the carnival, concerts and other attractions, leaving mainly 4-H, FFA and Livestock competitions and food concessions.

Did it work? “I am glad we did the fair,” he said. It was more of an old fashioned, smaller fair. It was quieter. While there were seven cases of COVID with people who were at the fair, they were all at other event and locales. There was nothing directly tied back to the fair itself.”

Another August fair, the Brown County Fair in Wisconsin, was another fair that struggled to be held, working closely with the county and city health department to get the plan approved and the required permits. That close relationship continued after the fair as Kathy Ambrosius, Fair Manager,  Brown County Fair attempted to track any COVID cases related to the event. “No case was traced back to the fair. We were extremely happy we had the fair. We had not one complaint.  Everyone was so happy and thankful to get out and have a little bit of normalcy again.”

The Utah State Fair, which presented a scaled down fair with limited midway, no indoor competitive exhibits or grandstand entertainment. The fair event went so far as to create a food ordering app, minimizing lines at stands, further augmenting its social distancing protocols, state-enforced mask mandate and cleaning/sanitizing regimens. At the time of the September celebration of everything Beehive State , Utah had opened up, permitting a range of outdoor events.

“Utah didn't record a single COVID case transmitted by any one of the events,” said Larry Mullenax,  Executive Director, Utah State Fair. “The reason I brought up the fact there  numerous events leading up the fair and then the fair is that it would appear events that are held outside have much lower if not zero risk compared to indoor events. This bodes very well for the fair industry. The Utah State Fair always had a focus on public safety, it's always the most important for us and a lot of fairs. With the pandemic, we adapted to new restrictions.”

He added, “I envision there will be challenges at least for the first quarter of 2021, which will be significantly reduced when the vaccine is made available. There will be less restrictions by the 3rd and 4th quarter.  Our staff and our partners made sure that we can have a fair next year, because we have procedures in place that make sense as a business model.”

The late-September Panhandle-South Plains Fair submitted a 63-page plan that was eventually approved, but when the greenlight for the fair was lit its carnival company was unable to play the fair due to pandemic-related reasons. Jennifer Wallace, General Manager had to scramble to fill in the midway as well as to ensure the layout, rides and protocols all conformed with the pandemic plan, eventually contracting with 10 separate carnival companies.

The anticipation was for a 50 percent dip in attendance, but it turned out attendance was down just 25 percent. “It was better than we hoped,” said Wallace. “We had a tough time. But we had no spikes and there were no cases directly related to the fair. We tracked it with the health department, spoke to our city officials, there was nothing related to the fair in the 14-day window after the fair.”

According to a statement from the Mississippi State Fair, held in October, “The public was thankful to have the opportunity to continue this civic and family tradition. Certainly, there were those who feared the worst and every attempt was made to listen to those concerns and mitigate transmission by addressing those concerns. There were no reports of COVID transmission at the Fair. No employees or vendors reported a positive test. COVID cases in the state appeared consistent with no noticeable impact by the Fair. We do not believe the Fair caused a spike and we received zero reports of cases traced back to the Fair.

Tracking and tracing proved difficult for the Pensacola Interstate Fair because Florida had lifted many restrictions on business and gatherings by this late October fair. “Our local media had reported an increase a week or two before the fair,” said Dondi Frenkel, Public Relations, Pensacola Interstate Fair. “There were numerous events going on in the county during the fair, there was a Halloween gathering and a Seafood Festival. But there was nothing tied specifically to the fair.”

Guests play the Water Race at the Ozark Empire Fair

A Family Attends the Delaware State Fair in July

The Delaware State Fair was the first fair to be held during the pandemic. Mitigation procedures included social distancing, face coverings, hand washing, among others.