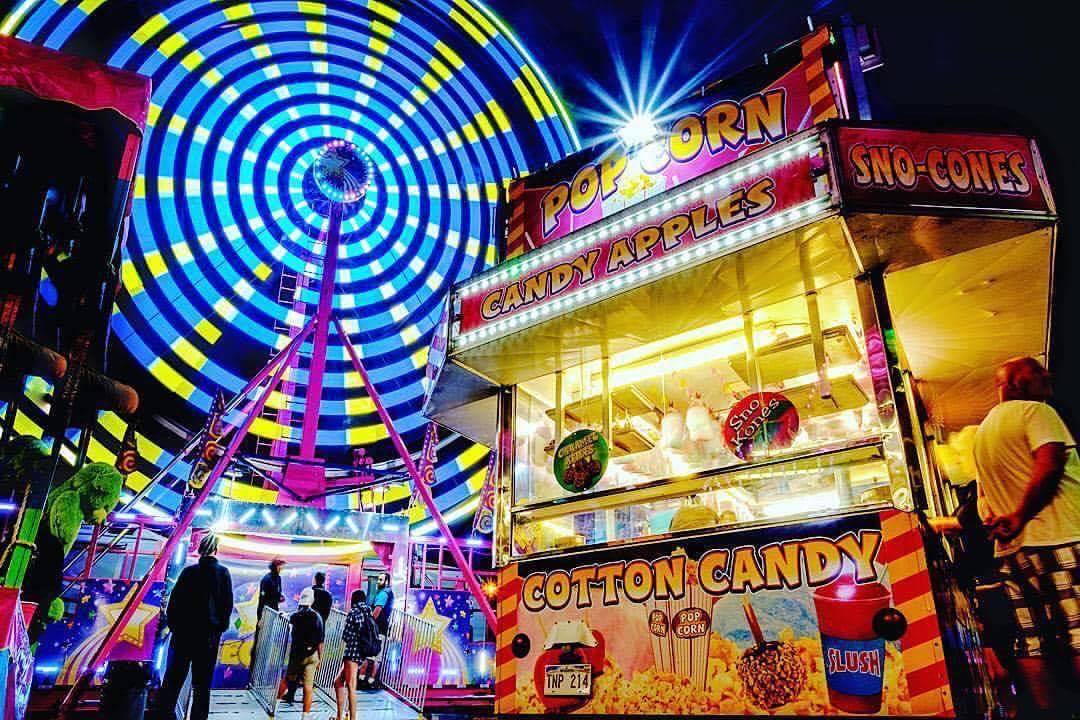 On The Road Again
East Coast Amusements opened its season on July 13, playing a scaled back route for 2020

East Coast Amusements of New Brunswick travels among three provinces on the East Coast of Canada: New Brunswick, Nova Scotia, and Prince Edward Island. Although the show was not originally affected by the industry shutdown in March due to the COVID-19 pandemic, their season has looked far from normal; “It's too cold in Canada to start opening that early so our season begins in May,” says Nathan Smithers, General Manager of the show. At first, Smithers and his staff were waiting to see what would happen with the pandemic and played it day by day. As time passed and creeped closer to May, festivals on the East Coast of Canada began canceling and in June all exhibitions in the various Canadian provinces canceled.

Luckily, due to its rural nature and small population, New Brunswick started reopening in June. Province leaders determined that all businesses could reopen starting June 29th after submitting COVID-19 mitigation strategies for approval. “We had to make a plan for the government.  By the time we submitted the plan, it was approved, and we got all of our equipment in order to be able to go out on the road, we reopened about July 13th,” says Smithers. Although businesses were reopened, fairs and exhibitions remained closed and the East Coast Amusements team was forced to create their own route of still dates. “We set up with about 10 rides and 5 concessions which is about half of what we normally have out in the Summer,” says Smithers.

Like most of the COVID-19 safety plans in the United States, the East Coast Amusements plan, created by Smithers, involves major signage, and completely new ways to operate rides and concessions. “Our rides are sanitized after every use and the seats are alternated for social distancing. Games like the duck pond with high contact from customers are not out because they're too difficult to keep sanitized between use,” says Smithers. At the beginning of the lockdown, provinces in Canada had closed their borders, not allowing inter-province travel. As the lockdown loosened, the Maritime area provinces began opening up to each other and created the “Atlantic bubble”, allowing people to travel freely between New Brunswick, Nova Scotia, and Prince Edward Island. Smithers had to edit the COVID-19 safety plan to fit the guidelines of each province as they moved from place to place. Although Prince Edward Island is open for business, East Coast Amusement's staff decided to stick to traveling amongst New Brunswick and Nova Scotia in the higher population areas. 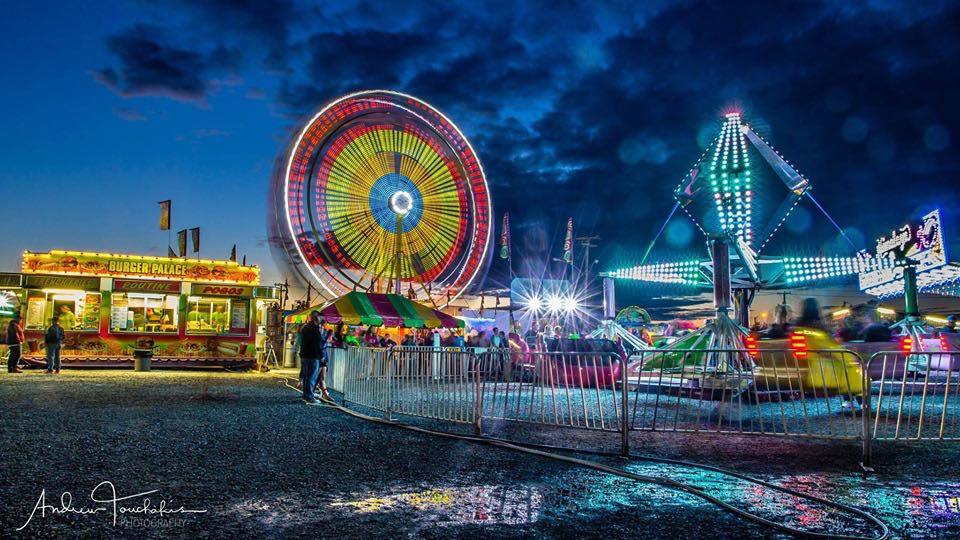 East Coast Amusements is a family-owned show. Smithers says all of his family members are active in ensuring the show operates smoothly. In addition to family staff, most of East Coast Amusements' regular employees have been able to stay on thanks to help from the Canadian government. “The government is currently offering a wage subsidy program and has been pretty good about offering businesses relief during the pandemic,” says Smithers. “We're pretty unique in the maritimes, shows in bigger provinces haven't been able to open like we have. We're still struggling; this season isn't about being profitable, it's more like scraping by and being able to keep our workers on,” he says.

At a pre-Pandemic still date, Smithers does not have the midway fenced in and there is no limit on how many people can access the rides, food, and games. Due to COVID-19 attendance restrictions, the midway is now fenced in and East Coast Amusements requires “active screening” for entry; this includes answering questions related to COVID-19 symptoms and exposure and a temperature check. Masks are strongly encouraged at Smithers' events but are not mandatory; “the rules here do not require masks in an outdoor setting,” says Smithers. Despite local regulations, East Coast Amusements' staff members are required to wear masks while working. Attendance at the still dates is lower than normal but certainly respectable given the circumstances, according to Smithers. Customers who make the trip out are happy to respect the rules and have something to do outside of the home. 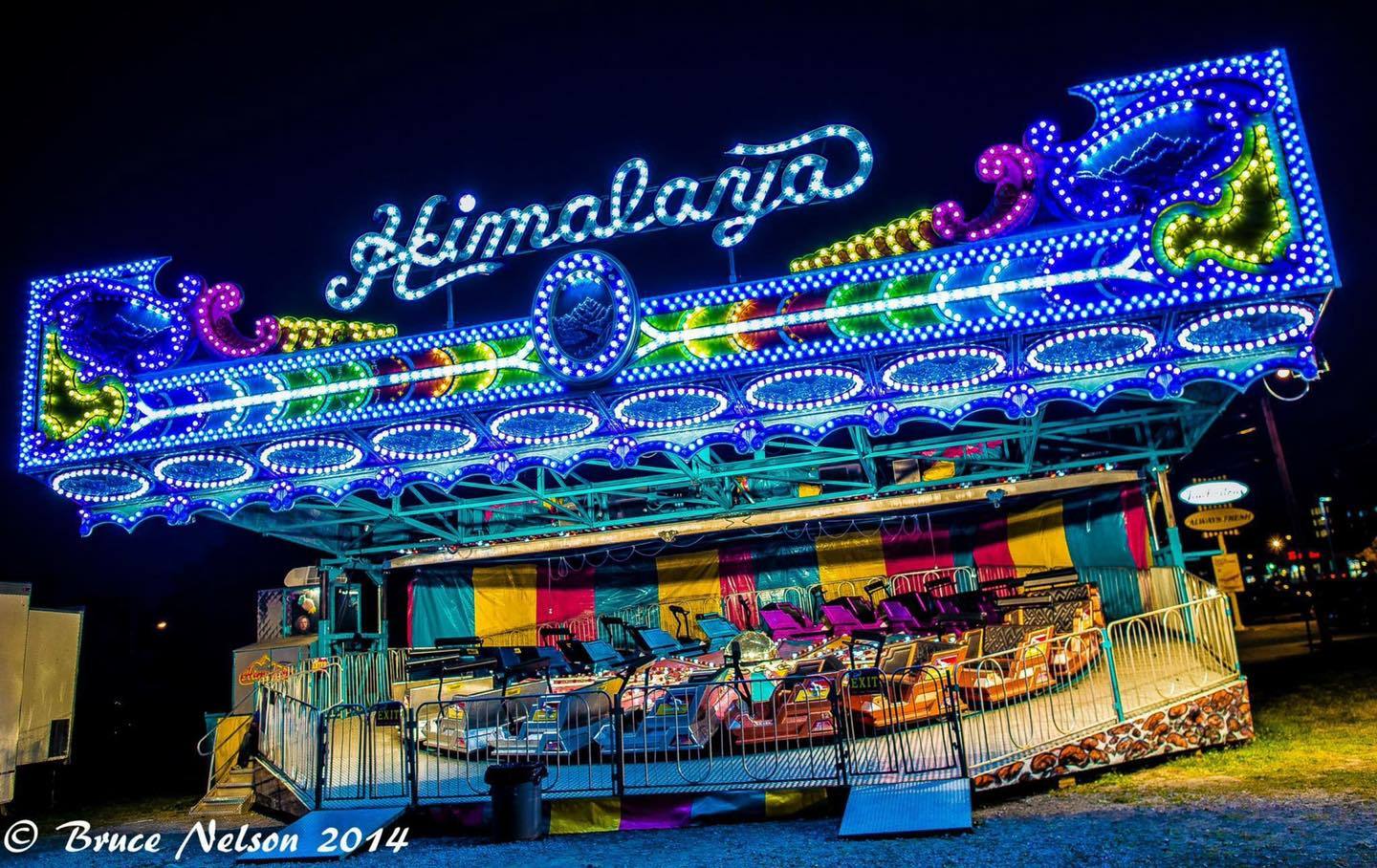 With all the exhibitions, fairs, and festivals cancelled, Smithers and his family have to promote their own events. At each spot, Smithers has offered a 6 rides for $20 promotion in lieu of unlimited ride wristbands; “with a restricted number of customers allowed, we don't have unlimited ride wristbands because we don't want people staying to ride for hours,” he says. East Coast Amusements staff members actively promote their spots through Facebook and Instagram; they've stayed away from spending on traditional advertising due to a tight budget. “We close our season next week. We typically end in October because the weather turns in this area around then. At this point we're just trying to get through the Winter; it won't be a profitable year,” says Smithers.

East Coast Amusements has been bought and sold over many years but it's been under the same ownership now for 16-17 years. As the show progresses, they update equipment and refurbish rides to keep things looking new. When asked about Winter projects this year, Smithers says they'll be laying low most of the Winter, trying to be frugal when spending money in order to be ready for a successful 2021 season. “We're looking forward to 2021 and hoping it will be a normal season for us again. We're grateful to be able to open at all this season,” says Smithers.

On The Road Again

East Coast Amusements opened its season on July 13, playing a scaled back route for 2020