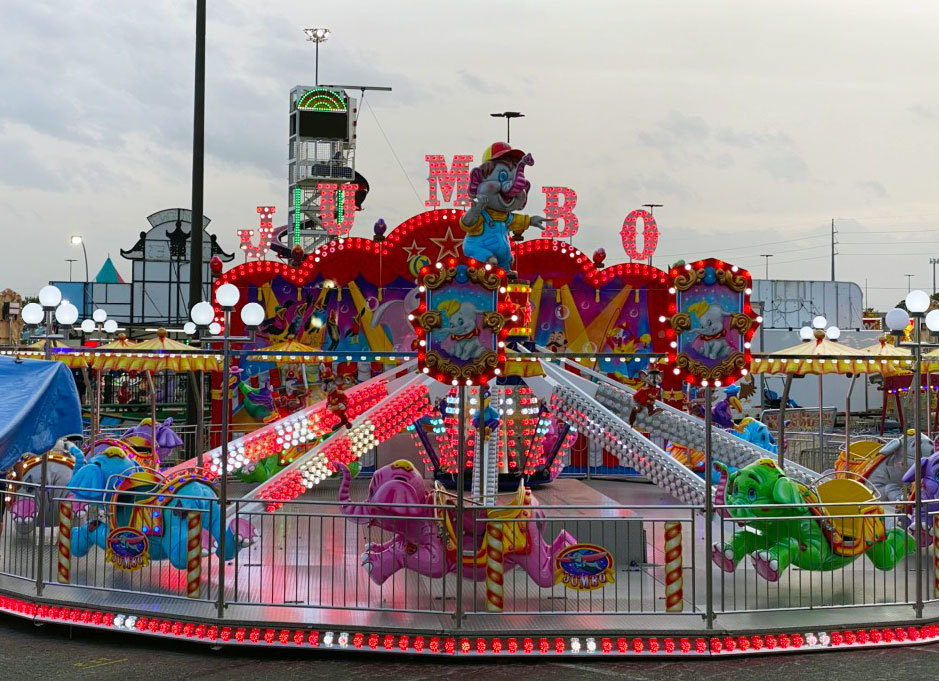 Dreamland Amusements is back on the road, currently in the middle of a successful run in North Charleston, South Carolina. Unlike other shows, Dreamland was on the road in the early months of 2020, optimistic about the rest of year. Bob Destefano, owner of Dreamland Amusements, vividly remembers the moment his 2020 season came to a halt; “we were in Concord, North Carolina and we were told to close on March 14th around 4pm. This was the second day of our 17 day run, we had just made the jump from Florida,” says Destefano. “At that point I don't think we, as a country, were thinking of the virus affecting us to this degree.”

Following the closure, one of Dreamland Amusements' units spent several weeks in Concord, NC at the raceway while the other unit was housed at the company's winter quarters in Delco, NC. Destefano worked with a limited team in Concord to tackle some equipment projects as the optimism of reopening was pushed farther and farther out into the season; “we felt good about the possibility of reopening around Easter which then turned into Memorial Day and then the 4th of July,” says Destefano. Most of Dreamland Amusements' fairs in the north, including a Labor Day event in New Hampshire, have canceled. The state of Vermont canceled fairs and festivals altogether.

In Delco, North Carolina, Destefano kept on a full team at his winter quarters. Dreamland's big project of 2020 is well underway; “we're re-building a Fun Tech funhouse from the ground up and it's going to be absolutely spectacular. The Wizard is going to come out and banner-wrap the front later this Summer,” says Destefano.  Dreamland Amusements' staff is also using this time to familiarize themselves with a new Kolmax Jumbo ride which was delivered right before the shutdown. Destefano is also awaiting delivery of an Italian Himalaya ride; production of this ride was slowed due to COVID-19 complications. Additionally, Destefano's daughter, Katelyn, had just invested in a second popper and an ice cream stand right before the season stopped. These large purchases are indicative of the company's positive momentum heading into the 2020 season. The Dreamland Amusements team is looking forward to debuting both of these rides and the Fun Tech funhouse in the Spring of 2021; “the timing might not be great, but our midway is going to look better than ever,” says Destefano. 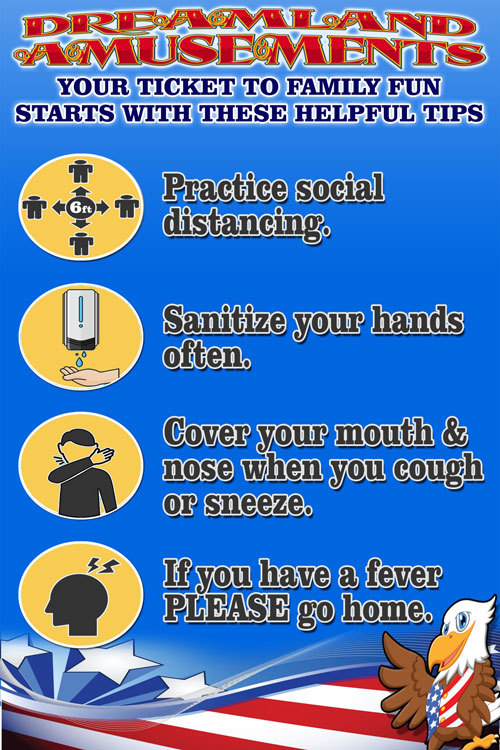 Dreamland Amusements just resumed its 2020 season in North Charleston, South Carolina on June 18th and will continue at their current location through June 28th before moving to the Northwoods Mall, also located in North Charleston. Although customers are fighting consistent heat and thunderstorms, they are coming out and are happy with the safety precautions taken by the Dreamland team. Staff are wearing masks, there are hand washing and hand sanitizing stations placed liberally around the midway, and rides are being regularly disinfected.

Dreamland Amusements has also pushed sales online.  The company uses Innovative Ticketing to set up advance and online sales for his events.  The tickets then can be scanned at the event without having to visit a booth or handle cash.  Currently, their online sales for the North Charleston event are on track to surpass his online sales from his last event in the same location. Establishing discounts and an easy way for customers to purchase tickets helps incentivize attendance at Dreamland Amusements' events. “Despite the virus, we are still a weather-driven business. In fact, I'd say we're more of a weather-driven business than a virus-driven business,” says Destefano.

With most of their northern route nonexistent, Destefano and his management team are working hard and getting creative in order to continue their 2020 season; “I think we're on plan #15 at this point,” he says. After moving out of North Charleston in Mid-July, Dreamland Amusements hopes to circle back to some Spring dates they were unable to play this year. Destefano and his team are traveling with about 20 rides consisting of a healthy mix of adult and kiddie rides.  Rescheduling the season as dates fall is a challenge and playing in different areas of the country at unusual times of the year pose some challenges as well.  In North Charleston for example, the heat can sometimes become oppressive during the day so the show must rely on strong night time crowds to make revenue needs.

As the Dreamland Amusements team wades through unforeseen complications in the 2020 season, Destefano is thankful for two new additions to his management staff: Mike and Celeste Davis, who formerly owned a show in Nevada. “We're all very glad to be with each other even with the current circumstances. Mike and Celeste are going to add a huge boost to our office and midway management core team,” says Destefano. 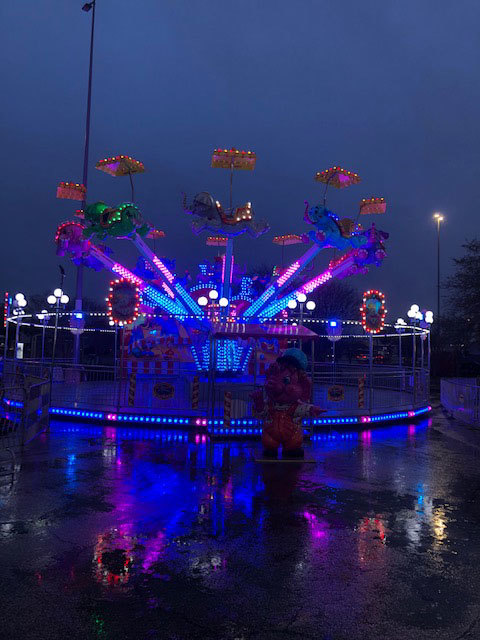 Dreamland Amusements took delivery of the new piece during the Gibtown Trade Show in February.