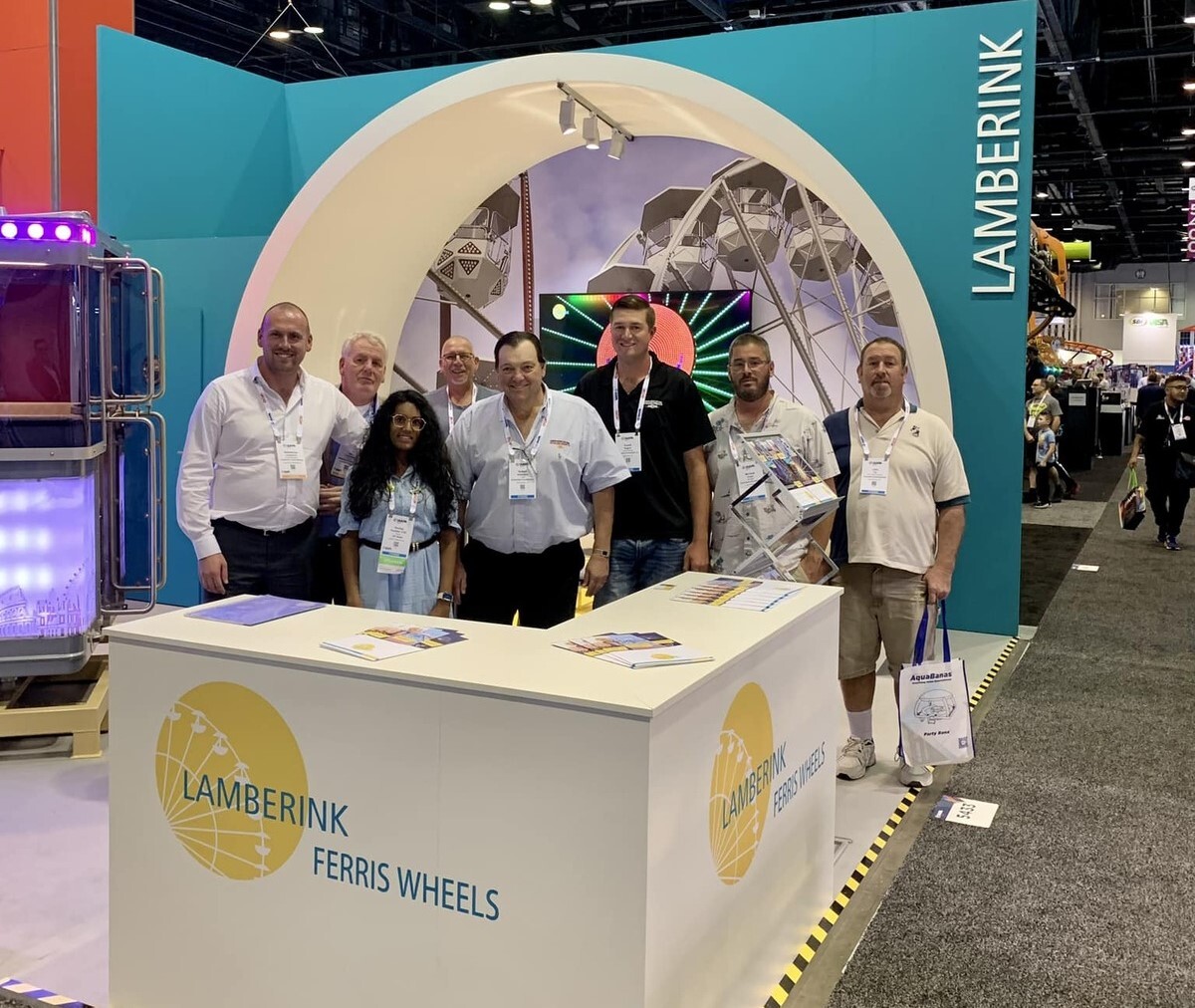 Like many show owners, Bob Destefano of Dreamland Amusements is happy to announce a 2022 season that exceeded all expectations. After a record 2021 for almost everyone in the outdoor amusement business, an equally successful 2022 seemed unachievable. “I remember our interview last year when I said I'd be happy just to beat 2019's numbers this year; I've never been more happy to be wrong, says Destefano. “With all of our events, we've been closer to 2021 and have had quite a few of our bigger fairs exceed 2021 which we did not think would happen this year.”

Destefano has several practices and theories he abides by to try to make each of his company's events strong. “Any event we do on our own, what are sometimes called ‘still dates,' we treat them as if they're major events on our route,” says Destefano. This means dedicating significant funds to a multi-faceted traditional and digital media advertising strategy with Innovative Marketing and continually improving an online and pre-sale program that saves families money using Innovative Ticketing. The teams develop extensive email lists through the ticketing system so they can help grow the event year after year by informing returning guests of savings and event information.  Dreamland also supports its events with a strong ‘ground game' via signs and flyers. “Flash sales, coupons, signage, digital ads, commercials... they all contribute. We're trying to make as much noise in the community to draw people at each one of our locations. It's a worthwhile investment and it's working for us,” he says. 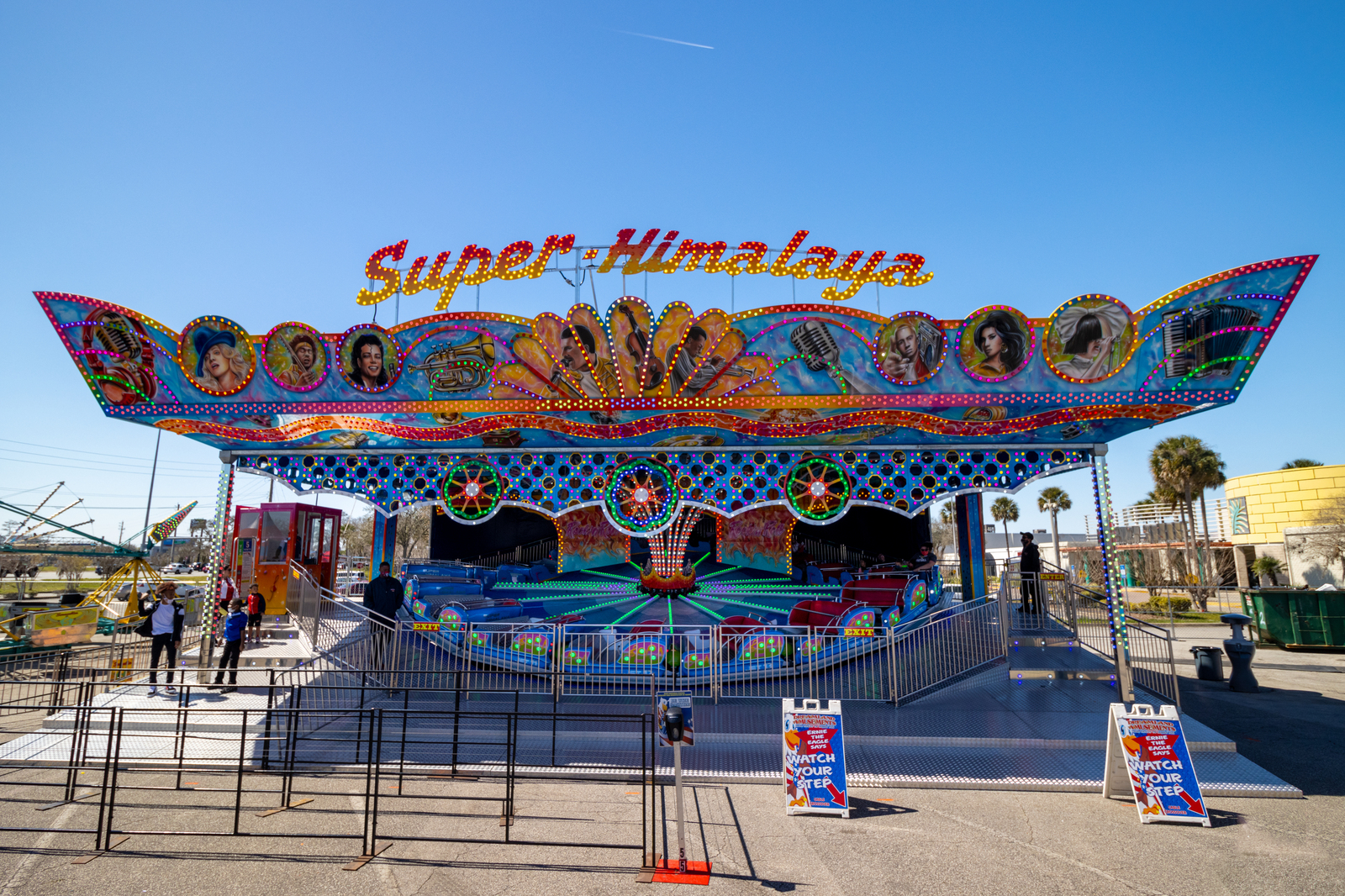 While Dreamland Amusements treats all locations the same, Destefano and his team have to put in extra effort at two of their Long Island Events: Fun Fest and the Empire State Fair. At these two events, the Dreamland Amusements team hires the entertainment, handles the gate, and runs the midway; they essentially produce the fairs internally. “Back from a two year hiatus, we were able to have the Long Island FunFest in June. We had a record run there and it was well-received by the public,” says Destefano. 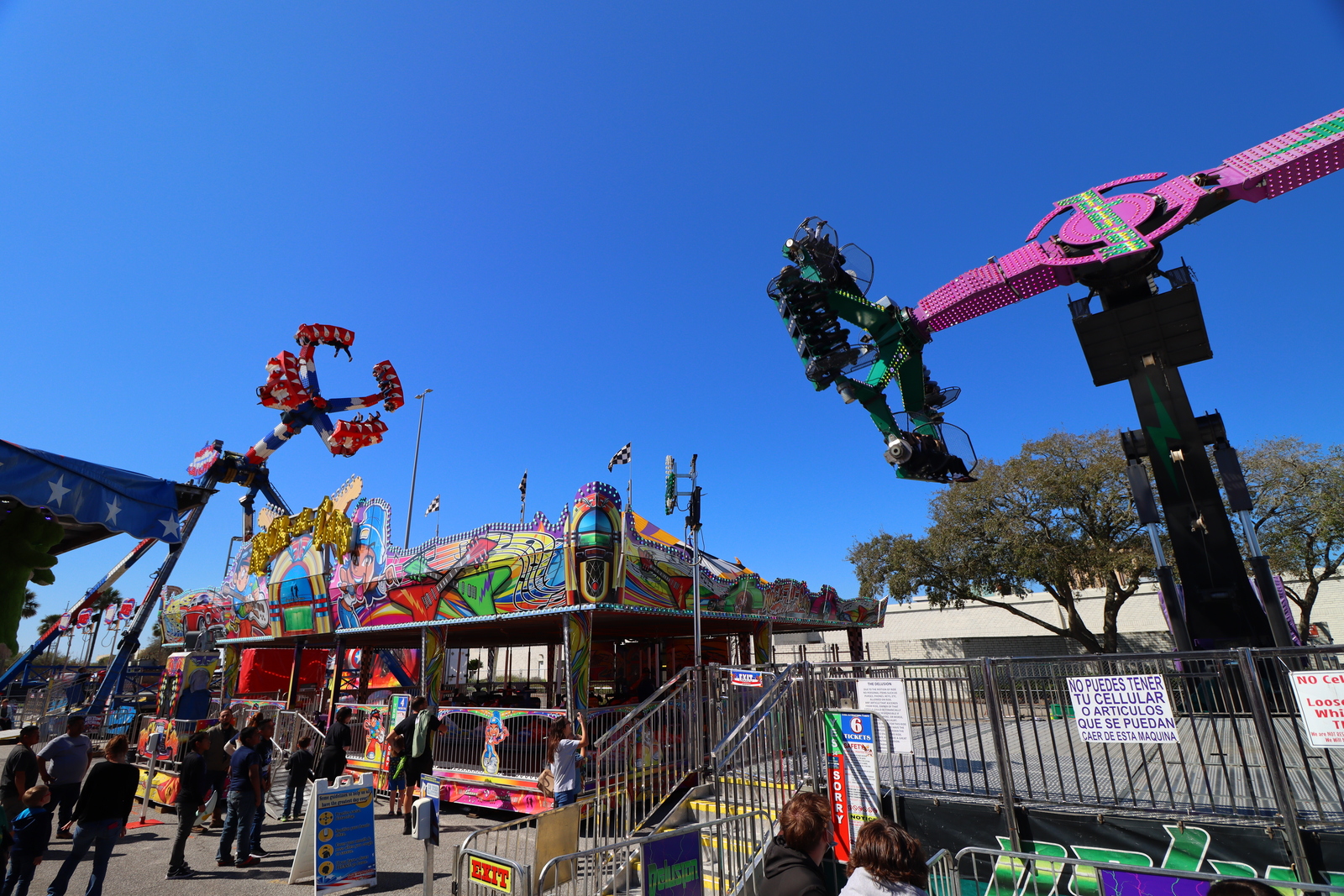 Following FunFest, for the first time ever, Dreamland Amusements continued on to the Empire State Fair at the Nassau Coliseum. “That event was very very good as well. The weather cooperated at both Long Island locations and spending was excellent. Al Dorso was gracious enough to turn over the Empire State Fair to us a couple of years ago. Unfortunately, that was Covid and nobody knew that was coming,” says Destefano. After a two year hiatus, the event returned stronger than ever.

When asked what makes running his own fairs so appealing to Destefano, he simply replies that it's fun for him. “When we're having a good night or a good event it's not just the money that's great it's what you accomplished. It's a self-reward to promote an event that draws people, makes them happy, and has them return for 11 days. My whole team helps to make these events a success. It's very satisfying to have it all come together,” says Destefano. “Bottom line: the destiny is in your own hands and you can blame only yourself if it doesn't work.”

While he enjoys producing his own events, Destefano has built a very fruitful route of traditional fairs to play throughout the Summer and Fall. New this year, Dreamland Amusements added the Fryeburg Fair in Maine, one of the largest events in New England. “Last year, some of the members of the Fryeburg Fair came to see us over Labor Day weekend. They liked what they saw and invited my wife, Kathy, and I up to Maine for a meeting,” says Destefano. The fair board members were in pursuit of a different amusement company and chose Dreamland Amusements for a one year contract for the 2022 fair. “We were blessed with the best Maine weather we could've had. The fair broke a twenty year attendance record and the ride gross broke an all time record,” says Destefano. Dreamland Amusements was well received and the two parties agreed to a three year extension of the existing contract.

As the Dreamland Amusements route grows, so does the ride arsenal. Recently, Destefano purchased several rides from Wisdom Manufacturing. This year, he received a Wisdom Orient Express and Tornado. “We are currently awaiting a new Wisdom Himalaya, Sizzler, and Monster Truck,” says Destefano. “We have great confidence in Jared Davis heading up Wisdom.” The first two rides delivered were very nice and up to expectations according to Destefano. In addition to new rides, Dreamland Amusements will receive two new 500 kw generators that Showmen's Supplies will be mounting for them in early Spring or late Winter. At the IAAPA Expo, Dreamland announced the purchase of a new 33m Lambrink Dutch Ferris Wheel as well as a Bertazzon Wave Swinger.  The show also added a Power Surge from the used market.

Alongside the success of 2022 came some difficulties with supply chain delays and price increases. “Some ride parts were difficult to obtain in a timely manner. Fuel was a big issue, not just with generators but with the price of independent trucks as well,” says Destefano. Food prices on the Dreamland Amusements midway increased just like they did everywhere else in the country. “Sometimes I shake my head at how well these events are doing, despite the challenges,” says Destefano. While food prices have increased, Destefano shares that ride prices on the Dreamland midway have not increased in four or five years now. “Our tickets and wristbands have remained consistent. We are committed to offering discounts online through Innovative Ticketing as well. If you compare it to prices at the movies or the aquarium it's really an affordable day of fun for a family,” he says. 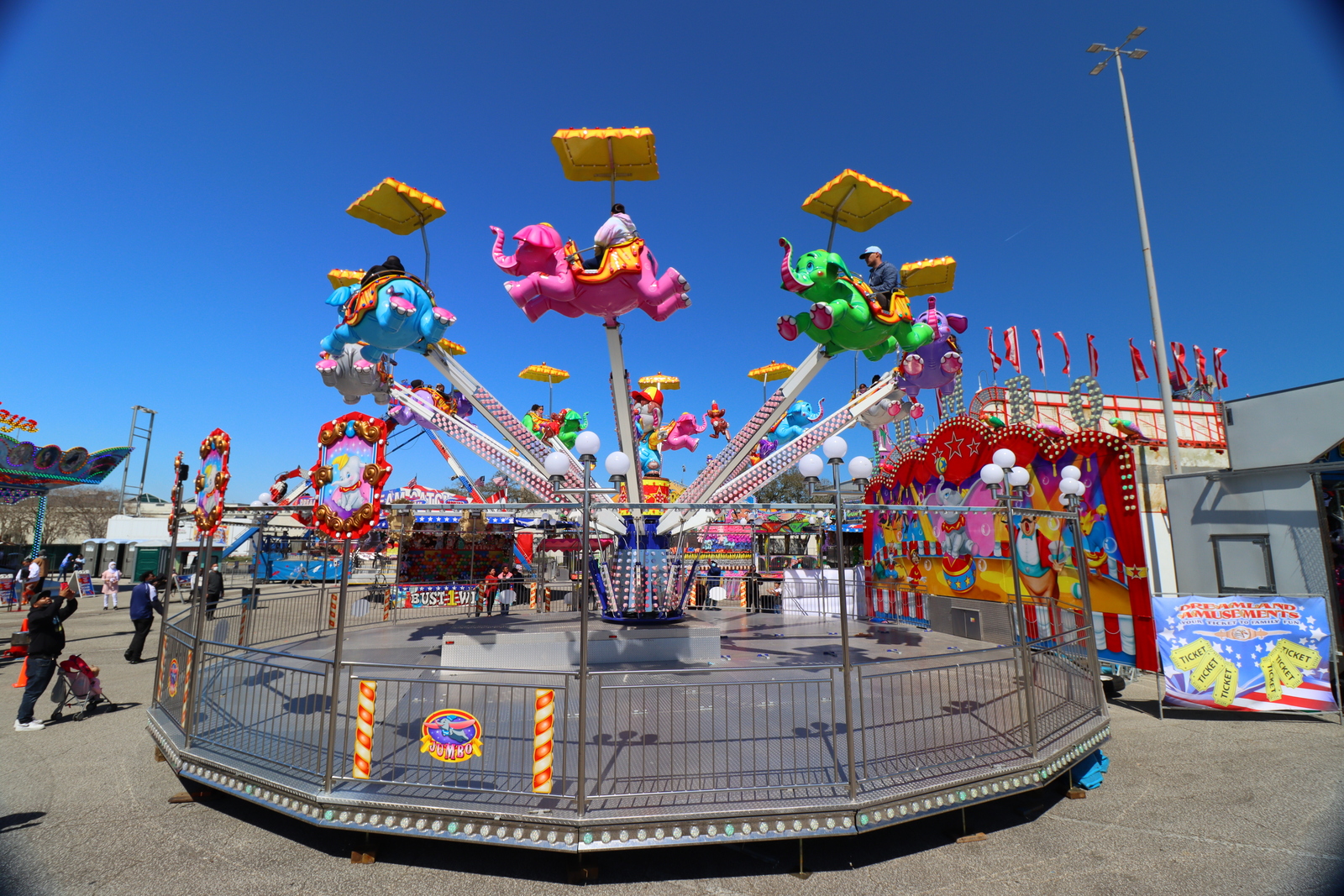 Looking ahead to 2023, Destefano is not sure what to think because he never anticipated the 2022 season he's experienced. “Kathy has a theory that in 2021 many families were reintroduced to their local carnival or fair or that we captured a new market of people looking for something fun to do and after providing a positive experience, we've kept those customers into 2022,” says Destefano. “I think she might be on to something. We always strive to provide a great experience for our guests and we hope they'll create a family tradition of coming to the carnival year after year.”

Bob Destefano & the Dreamland team met with Lamberink at the 2022 IAAPA Convention to finalize the purchase.