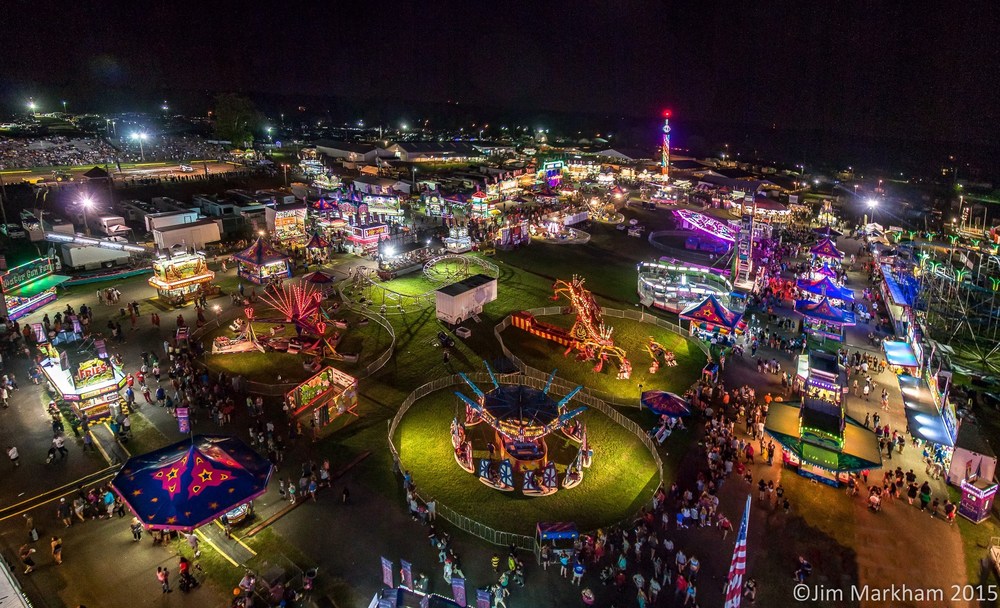 The 70th anniversary of  Prince William County Fair, one of the leading privately owned fairs in Virginia had ideal weather, robust turnout, profitable midway and by all accounts, widespread community support.

But in spite of performing above average in nearly every  metric category, this Old Dominion tradition may not turn 71.

Months prior to the fair, the Prince William Veterans Farm Club, which owns the fairgrounds and have hosted the fair since the first the fair was held, originally called The Dairy Show, announced that the property was on the market and that the 70th fair would be the last county-wide celebration the organization would host. The reasons cited were the rising costs of taxes, insurance and security.

But ending the fair and selling the fairgrounds has proven to be more complicated. One major complication was the fantastic 70thbirthday party and much of the reasons that made the annual tradition so fantastic was the outpouring of community support after the word of its imminent demise got around.

“People plan their vacations and summer around the fair,” said Diane Burke, Director of Business Operations. “People knowing this was the last fair really showed up. You can see how upset everyone is by their social media posts, expressing how much they love the fair.”

Few may love or be as committed to this annual Virginia tradition than Burke herself. Her father was on the founding board of directors, and she herself is on the board directors. She grew up at the fair, showing animals and participating in the 4-H program. She was appointed to her present position five years ago.

She, like most of the currenct board members and shareholders of the Prince William Veterans Farm Club are legacy members – relatives and offspring of the progenitors of the fair. The story goes that a group of World War II veterans, all from Manassas and Nokesville, met through a night class in agricultural engineering  and went on to form the private corporation that purchased the 86-acre fairgrounds and hosts the annual fair.

But unlike most of her fellow board members, she's still lives in the area. Most of the shareholders have left the area, and their commitment to hosting the fair has understandably faded with the passage of time.

Prince William County is in Northern Virginia, one of the hottest real estate markets in the United States. An 86-acre property would seem to be a prime development venture, and the out-of-town shareholders expressed their interest is more about cashing out than sustaining a community-oriented event.

But the area has become so inundated with residential development that the infrastructure necessary for more substantial increases in population, such as sewer systems, schools, etc., -- is basically nonexistent. Current zoning restricts the types of projects that can be constructed –mainly limited to office buildings or similar businesses –  essentially projects with minimal interest in the 2019 real estate development market, where residential and mix-residential use projects attract the most investors.

The property includes three exhibition buildings and an RV facility, making it very much in demand. What she isn't booking – at least of as yet – are the August weeks when this pre-labor day event is held. The hope is that there will be some form of a Prince Williams County fair, even if it's unlikely that the founding organization will be involved.

“The whole idea of a fair next year is still in flux,” said  Andy Deggeller, CEO of Deggeller Attractions. “In general, the Veterans Farm Club decided they won't put on the fair, but the grounds aren't going anywhere.”

Deggeller Attractions has been the midway provider for more than 40 of the fair's 70 years, according to Deggeller. The company remains committed to having some kind of fair next year – Deggeller said the still hypothetical 2020 Prince William County dates in the route remain open – and much of his confidence comes from the fact the 2019 fair was extremely positive.

“We had a very good fair,” he said. “The grounds look great, they had a great entertainment, and the community turned out. We were up over last year. We have a great relationship with the farm club, but I want to do whatever I can so the people of Prince William County have access to a fair of some kind. We've developed a good relationship with the community and I know that if we do an event of some kind a lot of people will support it.”

While the exact total attendance figures were not available, Burke said that typically the fair attracts upwards of 50,000 and that 2019 attendance was a noticeably higher than 2018.

The Deggeller midway featured 28 rides, including the refurbished Giant Wheel. “We had a lot ridership. We always change up the midway with new equipment every year, and it was the first spot for the Giant Wheel.”

What he likes about the midway on this particular fairground is “the way it is utilized is so interconnect with the carnival and the rest of the grounds, including the stages. They do an excellent job with motor sports, they have a tractor pull and three nights of demolition derby. People can't see those anywhere in this part of Virginia, they have a big following. Those crowds don't just go to the show and leave, they ride the rides too. The fair is very interconnected.”

Deggeller also praised the agricultural programming at the fair. His family's company has been an integral part of the fair long enough to have witnessed the vanishing of country living in the county.

Having grown up in 4-H, the agriculture is important to the family entertainment orientation of the fair. “It's a good family outing, that's how we make it. We get 4-H organizations from other counties to show animals and livestock. Families love that. We have a high arts and crafts participation. We give out hundreds of ribbons and those ribbons mean everything to these kids.”

The Prince William County Fairgrounds play a critical role for the regional carnival industry. Every year, some of the leading carnival companies playing the Virginia area will temporarily store equipment as well as have company bunkhouses, trailers and campers rent the RV facility in between fairs.

Throughout the fair season, about six companies use the grounds as a “staging area,” including Reithoffer Shows, Amusements of America and R.C. Cole Shows Amusements.

“They rely on us,” said Burke. “There's no reason why we won't be booking them in 2020 along with other events.”

But whether or not the Prince William County community will have the family fun of a county fair in 2020, no one yet can say.