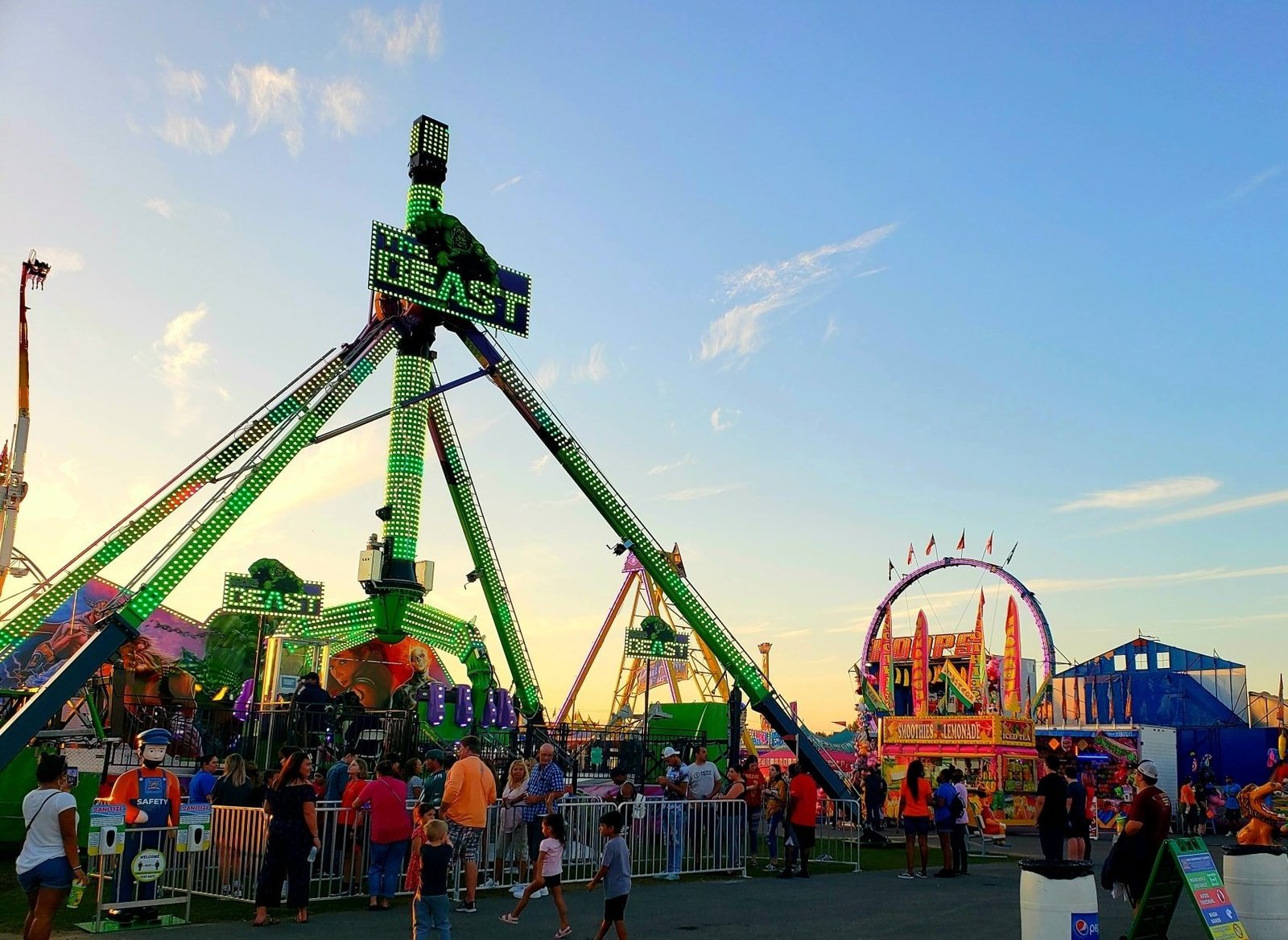 Reithoffer Shows took delivery of a new Street Fighter Revolution, themed The Beast
The Technical Park piece was delivered to the show during the spring and made its debut when operations resumed.

The 2020 Pensacola Interstate Fair had a special meaning for Reithoffer Shows. Certainly the fact it was the company's first fair in eight months contained enough significance to mark the occasion, but the more universal significance is that a fair can safely be held in the pandemic era.

“We wanted to show that for the whole carnival industry, the state of Florida, and the rest of the country, that we can run a successful, safe fair,” said Rick Reithoffer. “We were able to let everybody know this is how to do it, here's the blue print that in 2021, when we open up the amusement industry, that we can do so in a safe manner.”

The foundation of the fair's ability to open was the investment in a comprehensive plan that exceeded CDC guidelines. State and local health officials carefully vetted the plan, which Reithoffer based on similar plans used by Wade Shows at the Delaware State Fair and other guidelines proliferated by the Outdoor Amusement Business Association (OABA).

Highlights of the plan included hundreds of hand sanitizing stations – a minimum of two per ride, one per food vendor and one per game, as well as additional units placed throughout the midway; 3,000-ft. of aluminum fencing designed to separate and socially distant queue lines; employee training, signage and constant spraying and misting of rides, handrails, lap-rails, counters and other high-touch areas.

“Reithoffer Shows really had to all their ducks in a row,” said Dondi Frenkel, Public Relations, Pensacola Interstate Fair.  “Rick created a comprehensive list of measures. We exceeded state regulations with the social distancing and the queue lines, and the signage, which was a very big deal. In our county, masks aren't mandatory, but we made them mandatory for all employees and volunteers and we gave them out free. Everyone was trained to welcome the public to a safe environment.”

Even by the Oct. 22nd opening of the fair, with the U.S. having the highest number of coronavirus cases in the world,  the array of safety precautions that have become all too familiar parts of daily life will carry over into 2021. Hence the location of the Pensacola Interstate Fair only added to the significance of the fair for Reithoffer. The fair is in Florida, not only the company's home state but it's where the company opens and closes its season.

This year, while the Pensacola event came in as the closer, the carnival company has been hunkered down at its Florida winter quarters since March, watching one fair after another cancel. “But the fairs we play in Florida are all planning to open for 2021,” said Reithoffer.  “They all have the greenlight, but we're not going to run our fairs like we used to, and you have to go the extra mile, do all the protocols and be vigilant about events. Until we have an effective vaccine, and America completely opens up, a carnival company has to control everything on the midway. Pensacola is a roadmap.”

One aspect of operations for Reithoffer Shows is that the company couldn't provide the midway by itself and partnered with Deggeller Attractions. Frequent collaborators, the Pensacola Intestate Fair midway was a co-midway, well beyond the previous subcontracting agreements between the two companies, although Reithoffer holds the contract. The midway featured 50 rides, with each company bringing 25 rides. 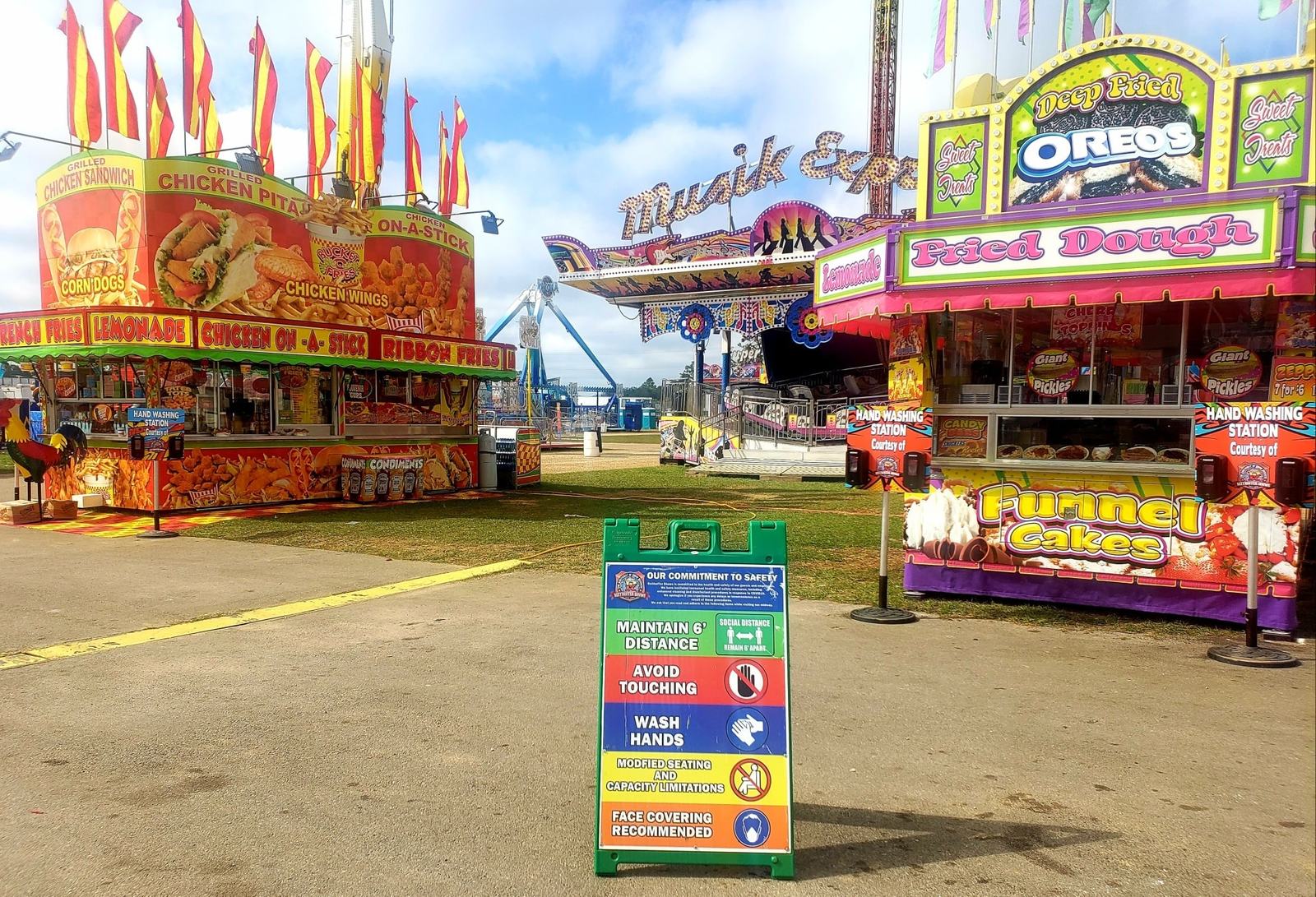 Usually the midway features about 65 rides, but the smaller footprint enabled improved social distancing by allowing more space between equipment. Also, a co-midway meant a more efficient use of labor as well as streamlining other costs. It was a decisive factor in making the fair financially feasible.

“We were both bored to tears in our winter quarters,” joked Reithoffer, but admitted, “We were both apprehensive, but we knew just had to go out and do it. I reached out to him because by sharing the midway, it mitigated the risk. The relationship went flawlessly.”

Like most every other carnival, the two companies had a pent up desire to provide a midway. For Reithoffer, he retained about 100 H2B workers after the initial shelter in place orders went into effect, anticipating that at least some of the 2020 lineup of fairs would take place. Except for Pensacola, the entire season post-March was cancelled and the crew was kept busy with refurbishing the company's ride inventory. “I don't think we had one ride that wasn't touched by some form of rehabilitation,” said Reithoffer.

Among the top grossing rides was the Super Himalaya, Galaxy Roller Coaster, Indy 500 Roller Coaster, and Giant Wheel. New rides include the Beast, a Technical Park pendulum ride that spins 360 degrees and a Dragon Coaster from Kolmax.

The challenge of opening the fair in the Pandemic was an ongoing negotiation throughout the summer and into the fall. By September, the plans were a go and the governor permitted the fair to move forward.

Unfortunately, the challenges didn't end with approval and implementing a midway plan. A hurricane touched down the opening weekend – Florida is having one of the worst hurricane seasons on record – which forced closure for a full day. The weather improved for the rest of the run, but unfortunately Saturday was Halloween, always a soft day for any fair. 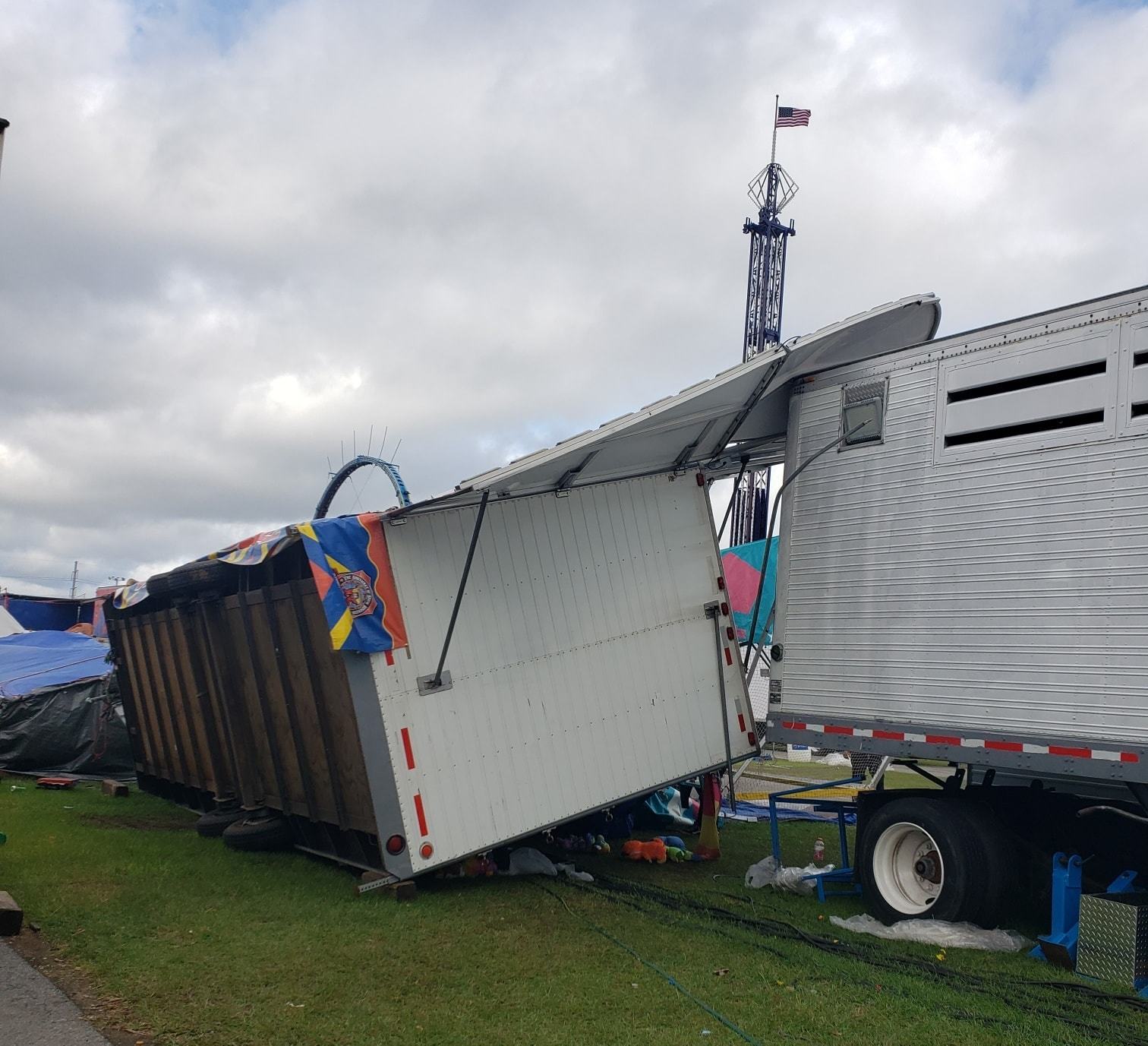 Grandstand entertainment was cancelled as well as other exhibits and the Ag-Venture school program. The Livestock and Poultry programs continued, but under strict social distancing guidelines.  Entertainment included Cirque Ma'Ceo, Sea Lion Splash, Professor Newton's Science Show and Reno's Reptiles. Due to the reduction in programming, the fair reduced the price of admissions.

Marketing the fair was also impacted by the paired down programming. The advertising budget was cut, which impeded some spending. But also, the drawn out process until the final decision on whether to hold the fair or not delayed any usual marketing buys as well as developing content in a timely fashion. By September the marketing was ready to go but by then the 2020 Presidential Election – Florida was typically heavily contested, driving up advertising costs – was in full throttle.

“We missed some advertising windows and the space was not available,” said Frenkel. “We were able to get a few billboards, and we had some radio spots and television. We expanded our social media presence. But once the word got out, it spread. Word of mouth was very strong, especially after the hurricane blew through and we were able to proceed.” 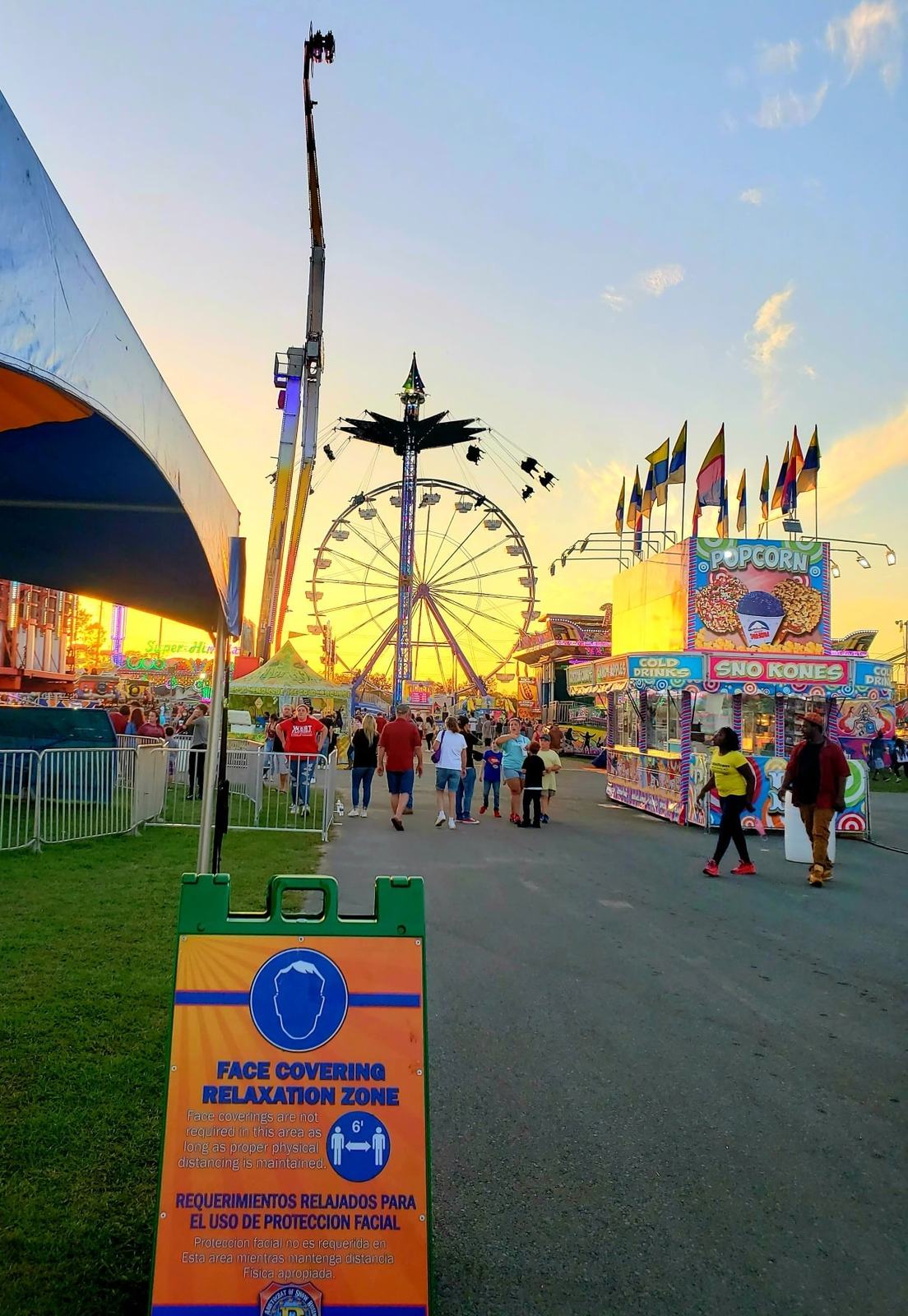 He added, “we also modified the message. We emphasized the fair was a safe environment. We highlighted all the measures we had taken. We also did a lot of discounting and we focused on the discounted prices.”

But in the end, just the fact the fair was happening seemed to be the biggest draw. “People really wanted to get out. We received great comments from people. They wanted to do normal things, like go to the fair and eat chicken on a stick, pronto pups, funnel cakes and turkey legs. People were able to come out and enjoy things in a safe environment.” 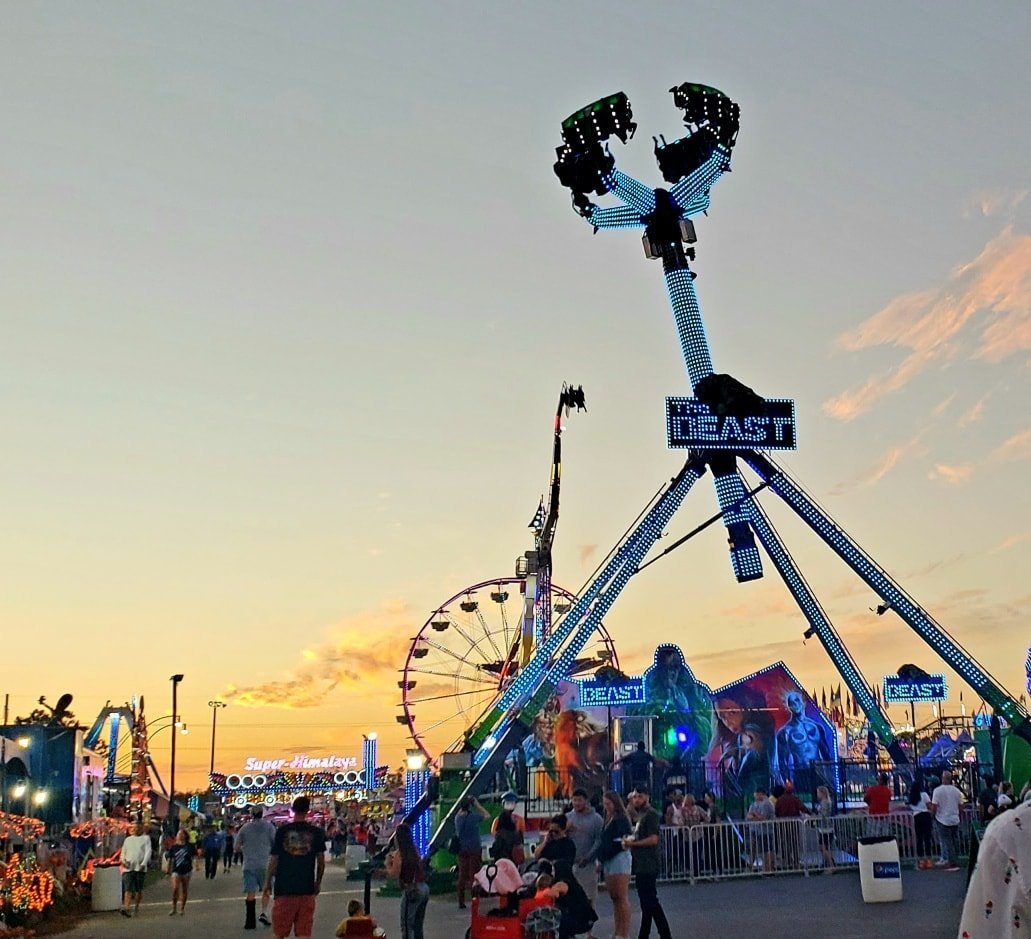 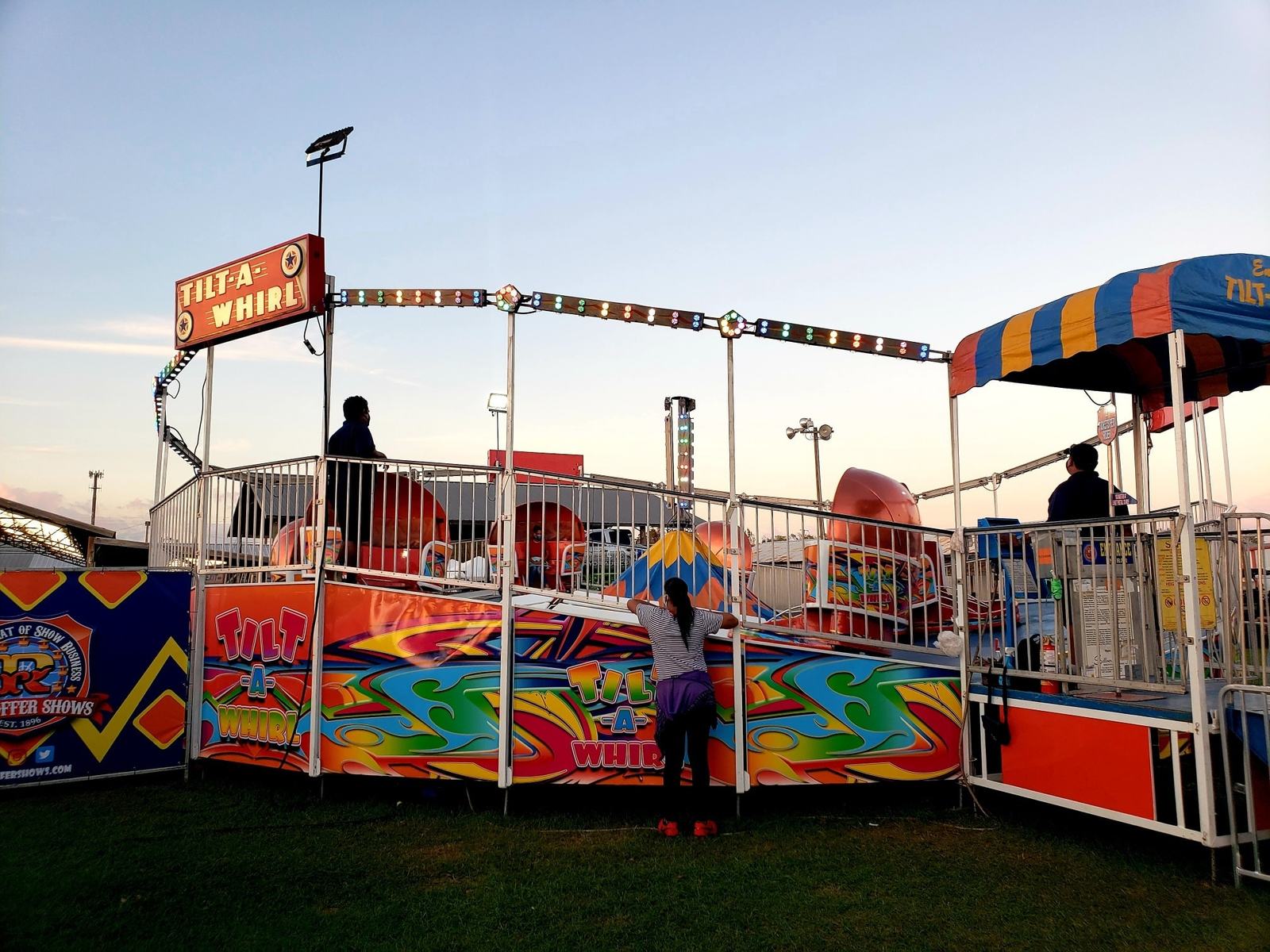 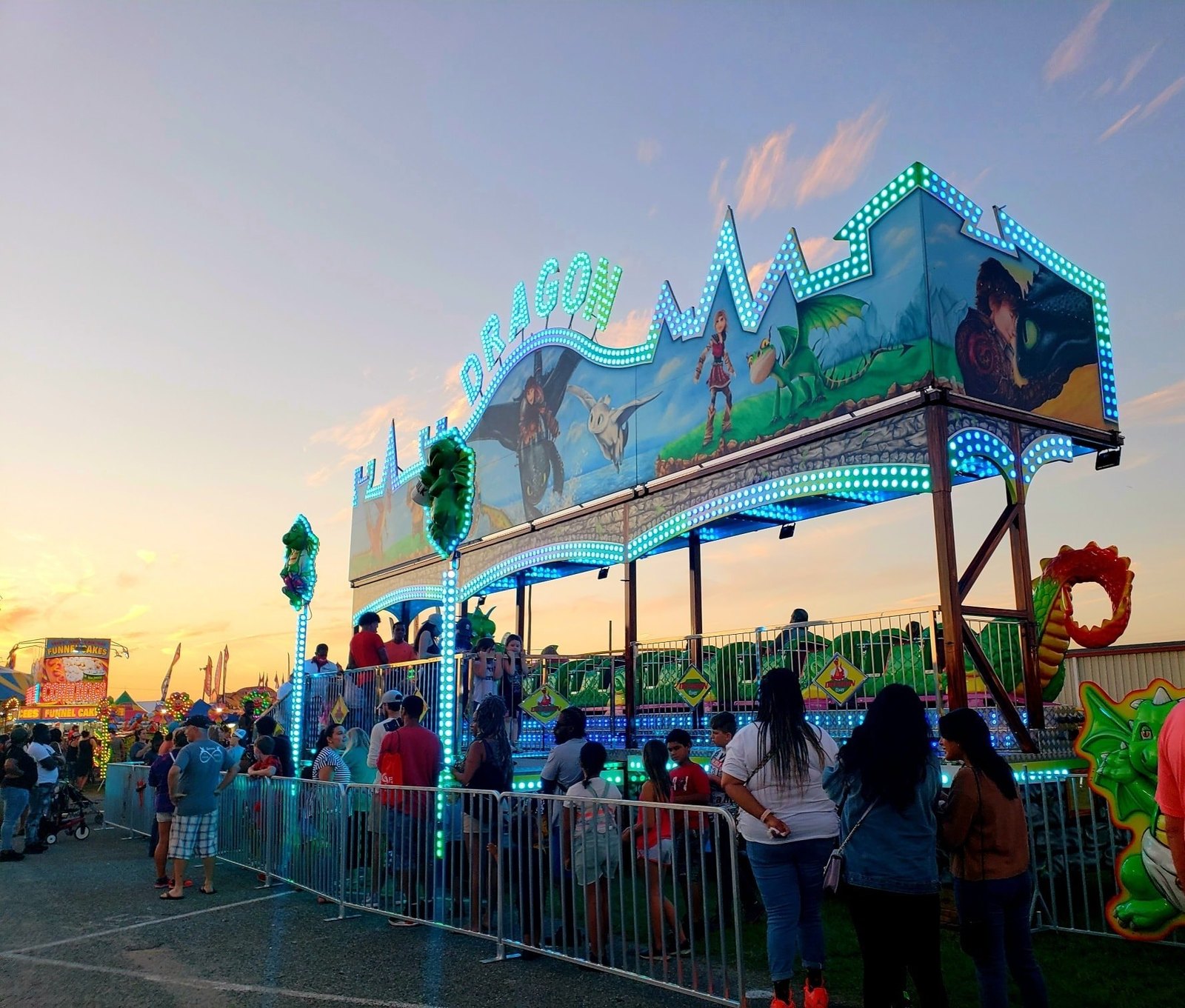 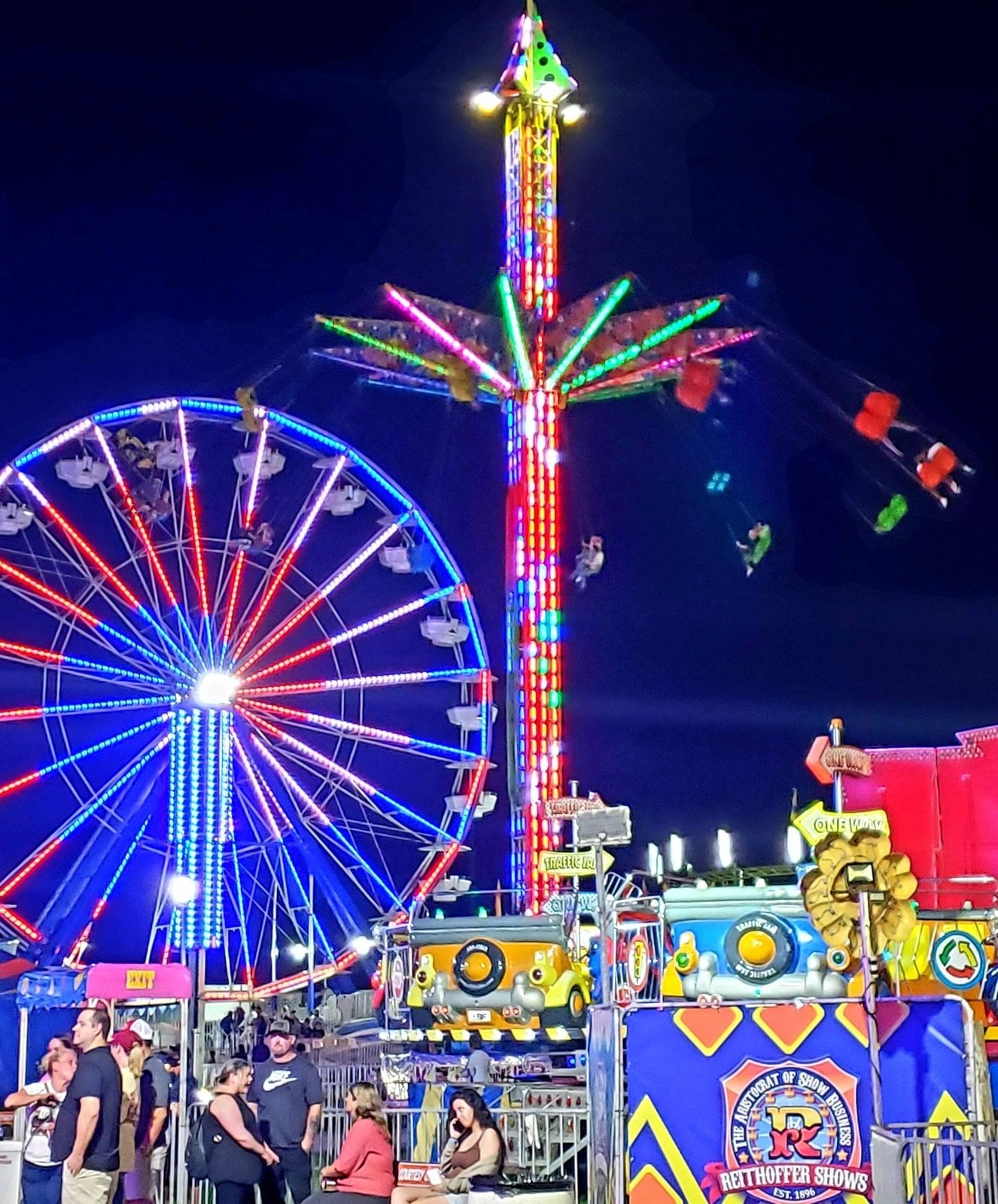 The Technical Park piece was delivered to the show during the spring and made its debut when operations resumed.